Dent, No. 1836 A fine and rare striking carriage clock. 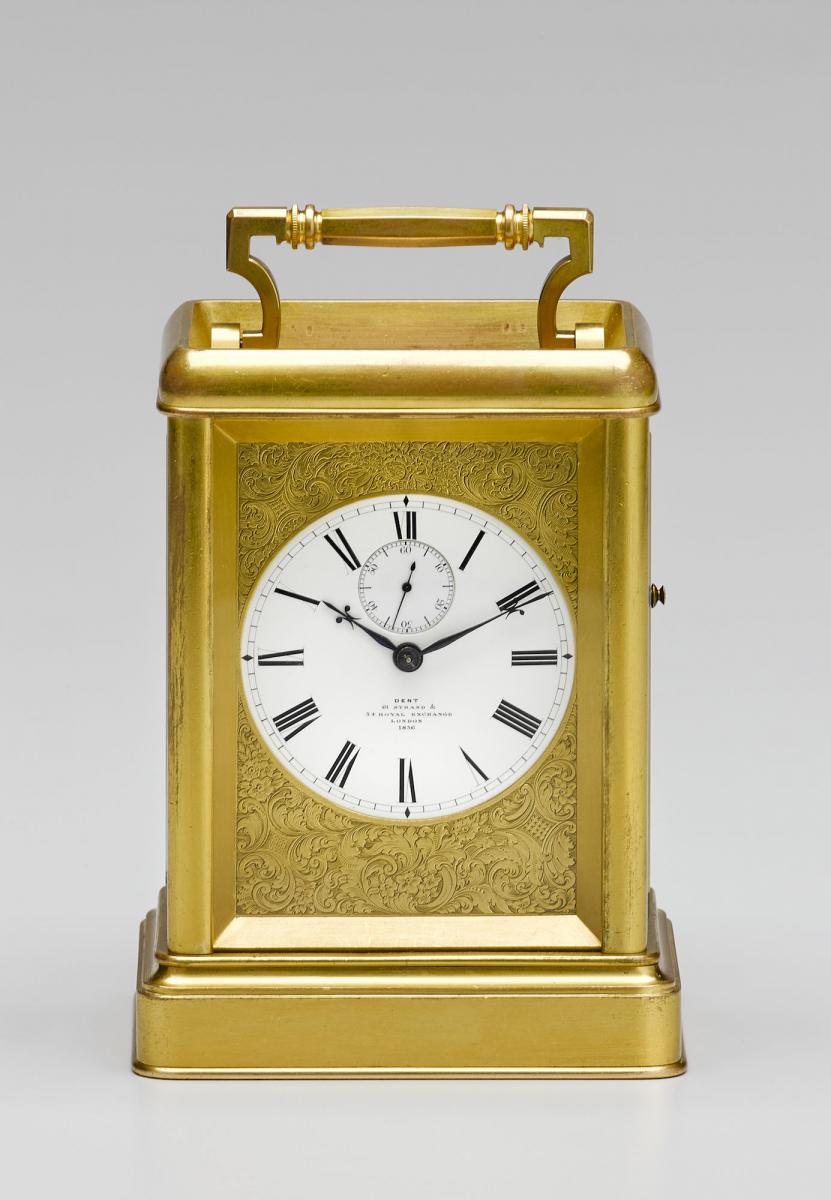 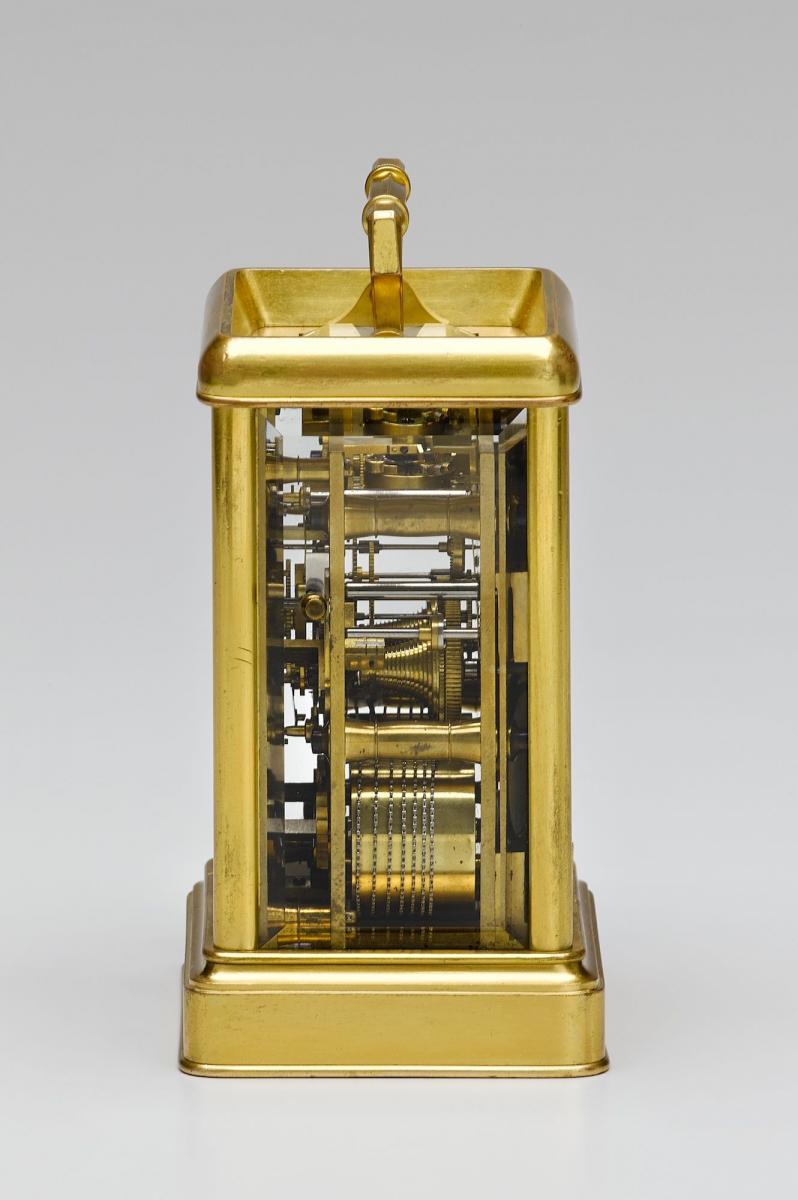 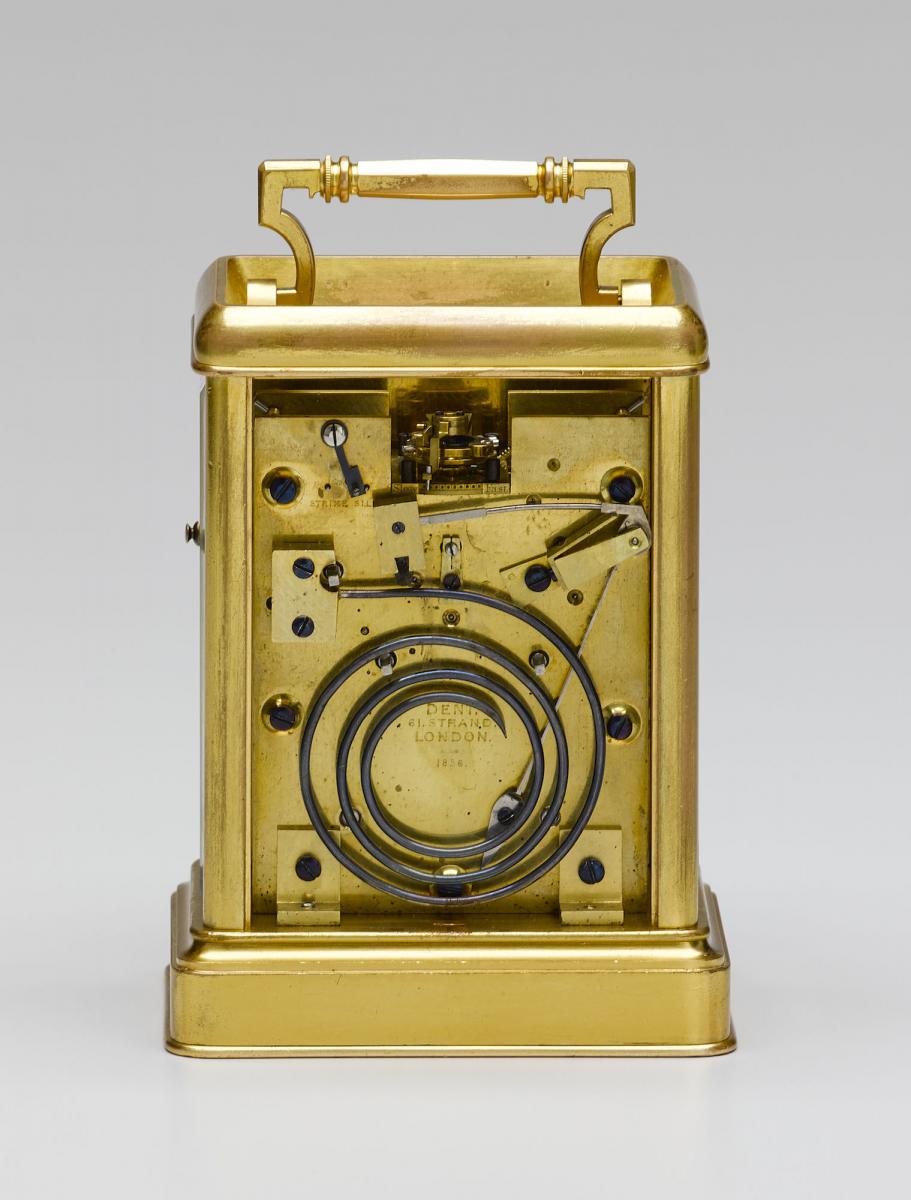 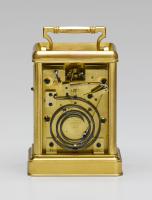 The gilt case with recessed top, handle and thick bevelled glass, bevelled glass to the sides and a solid rear door with dust shutters for wind and hand set.

Edward John Dent (1790-1853) went into partnership with John Roger Arnold at 84 Strand. He was granted the Royal Warrant as Chronometer Maker to the Queen in 1841. In 1852 Dent won the commission to make the great clock for the Houses of Parliament at Westminster but died in 1853 before it was completed.