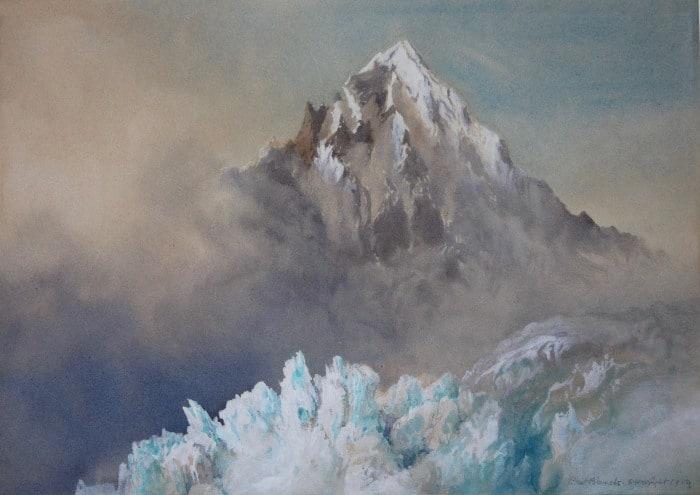 The Dent Blanche is one of the highest peaks in the Alps, familiar to those who have visited Zermatt, and marking the division between French and German speaking Switzerland.

Popular with climbers, the summit is a converging point of three ridges, and it has four steep faces which rise over four glaciers.