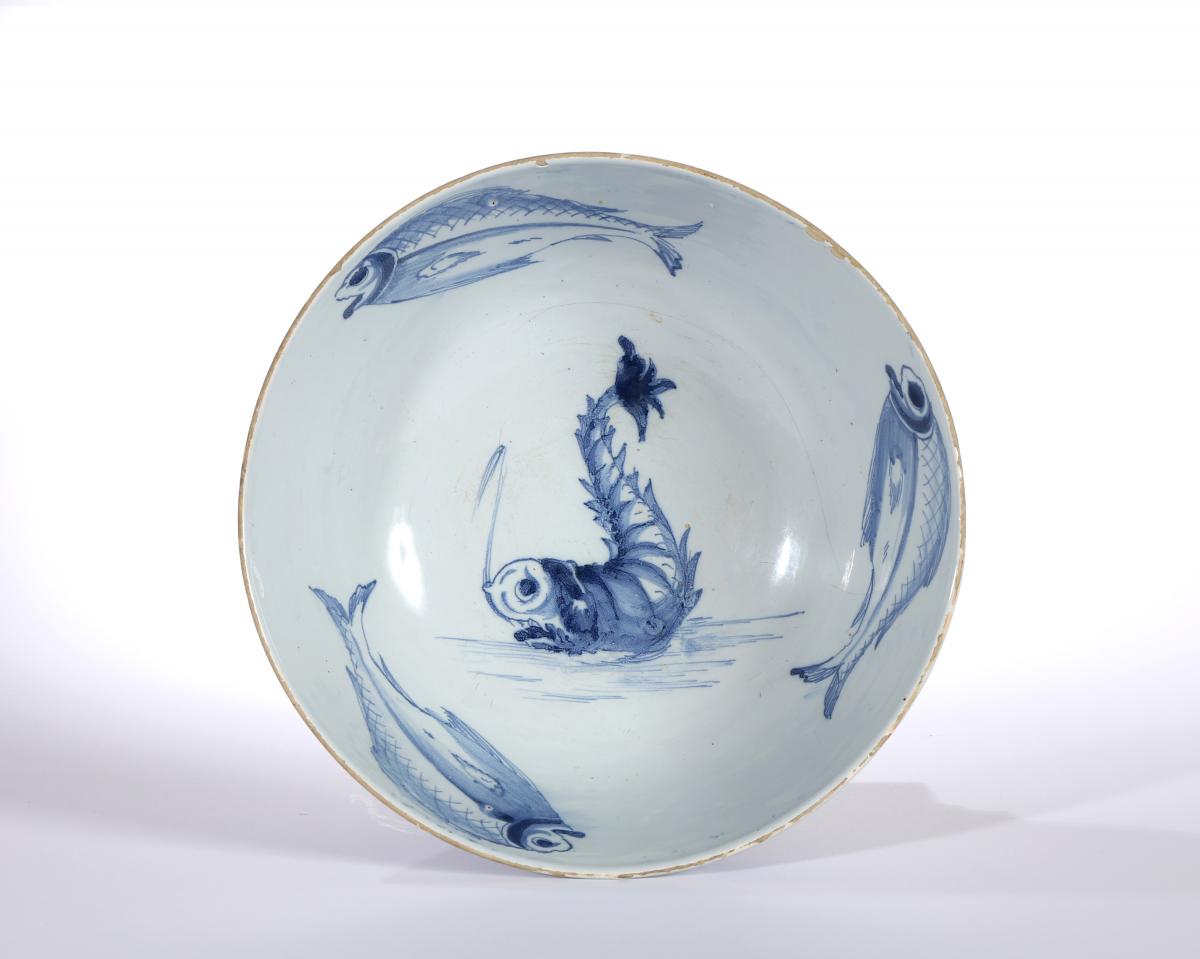 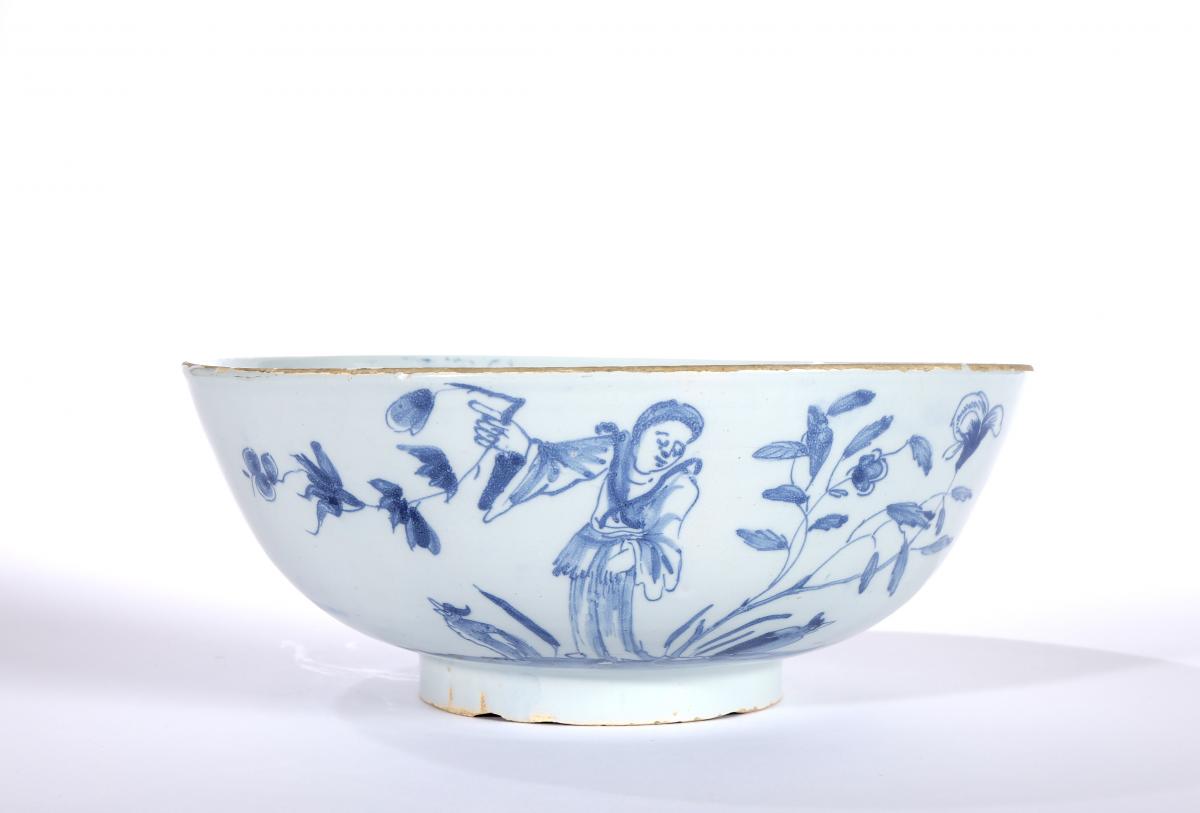 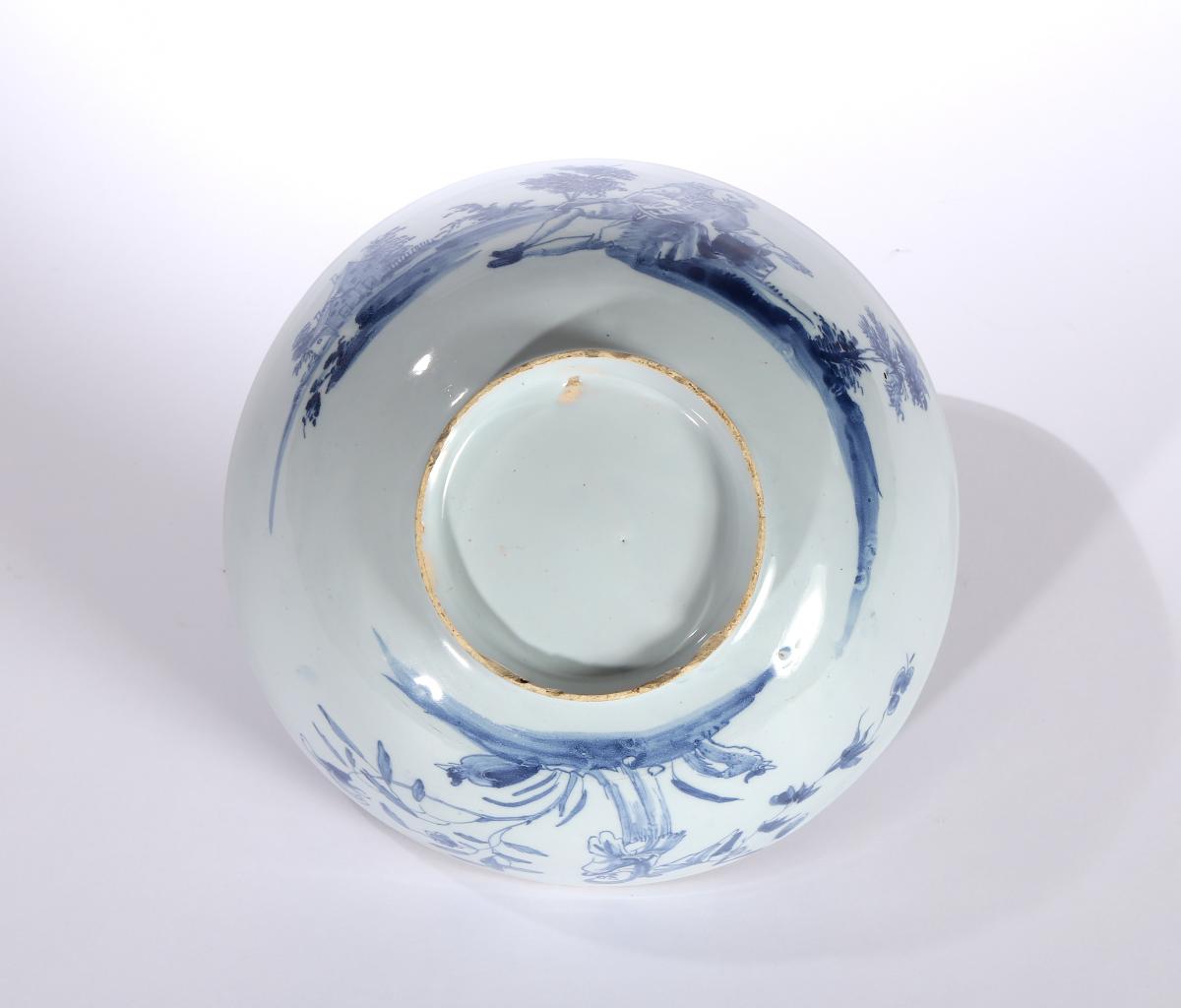 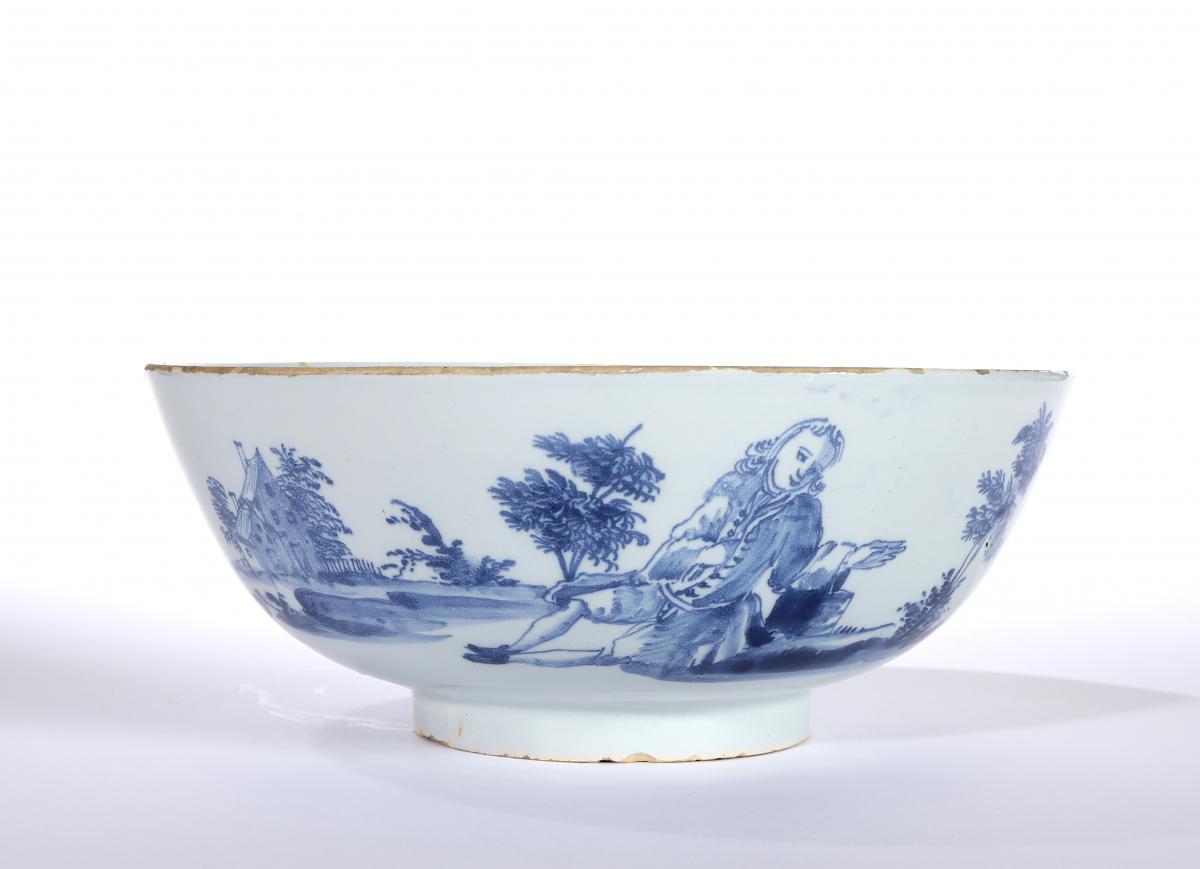 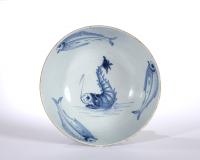 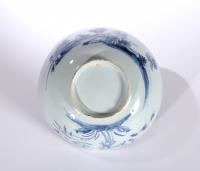 Decorated on the interior with three fish circling a dolphin and outside with a man reclining having been ‘drinking like a fish’, near his house. A Chinese figure on the other side.

It has similarly painted fish around the inside of the bowl, and also a combination of European and chinoiserie decoration on the exterior.

The soft blue and the type of Chinese figure suggest a Liverpool origin, as comparable tiles are found there.

A fine 17cm crack to the inside of the bowl, chips to the rim
Email Enquiry