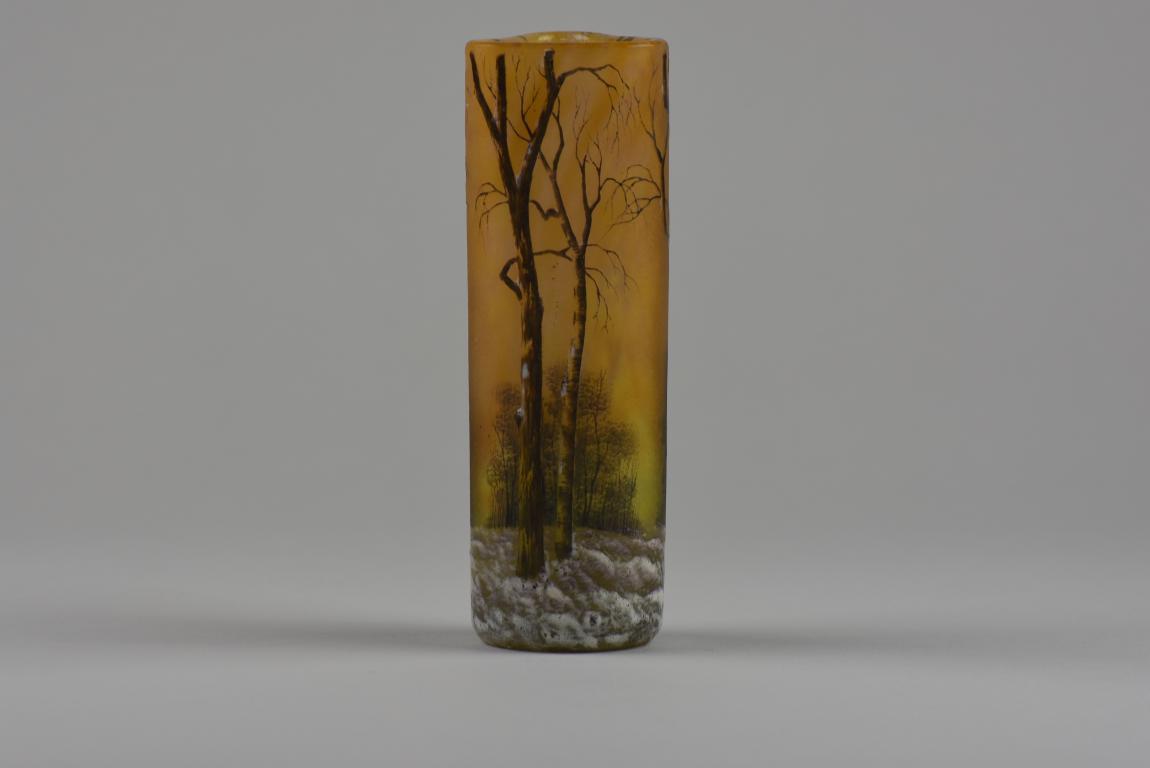 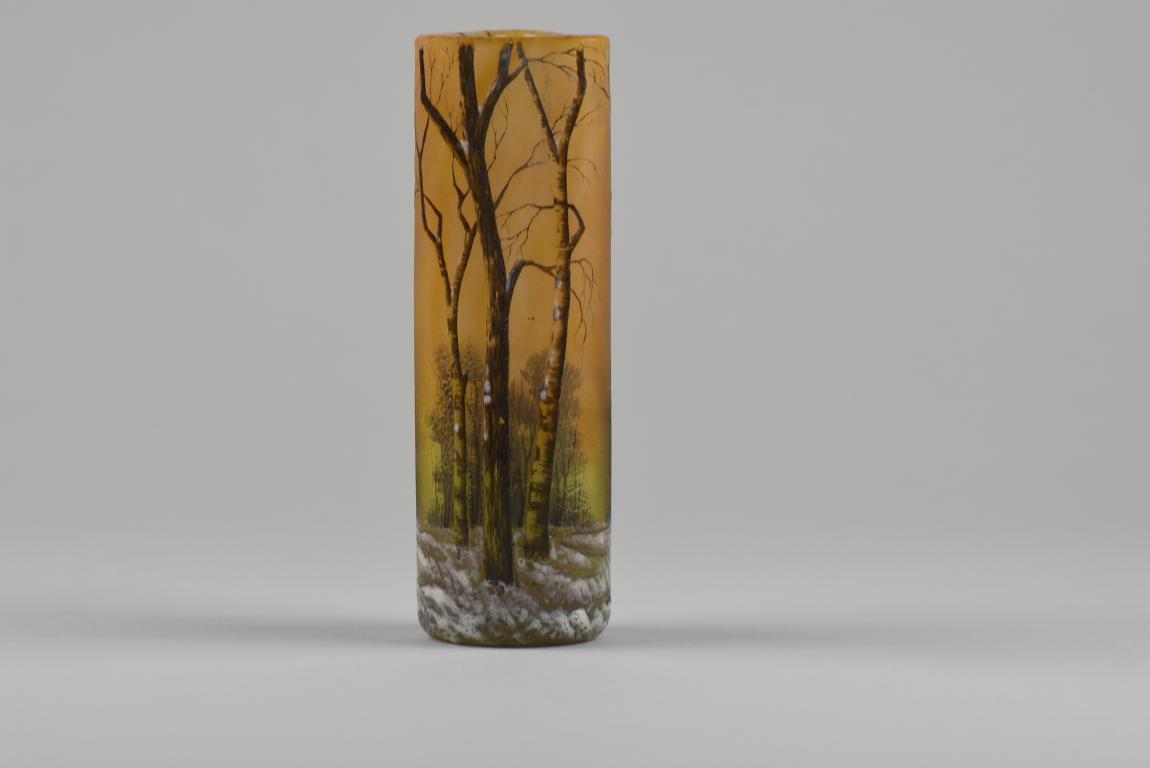 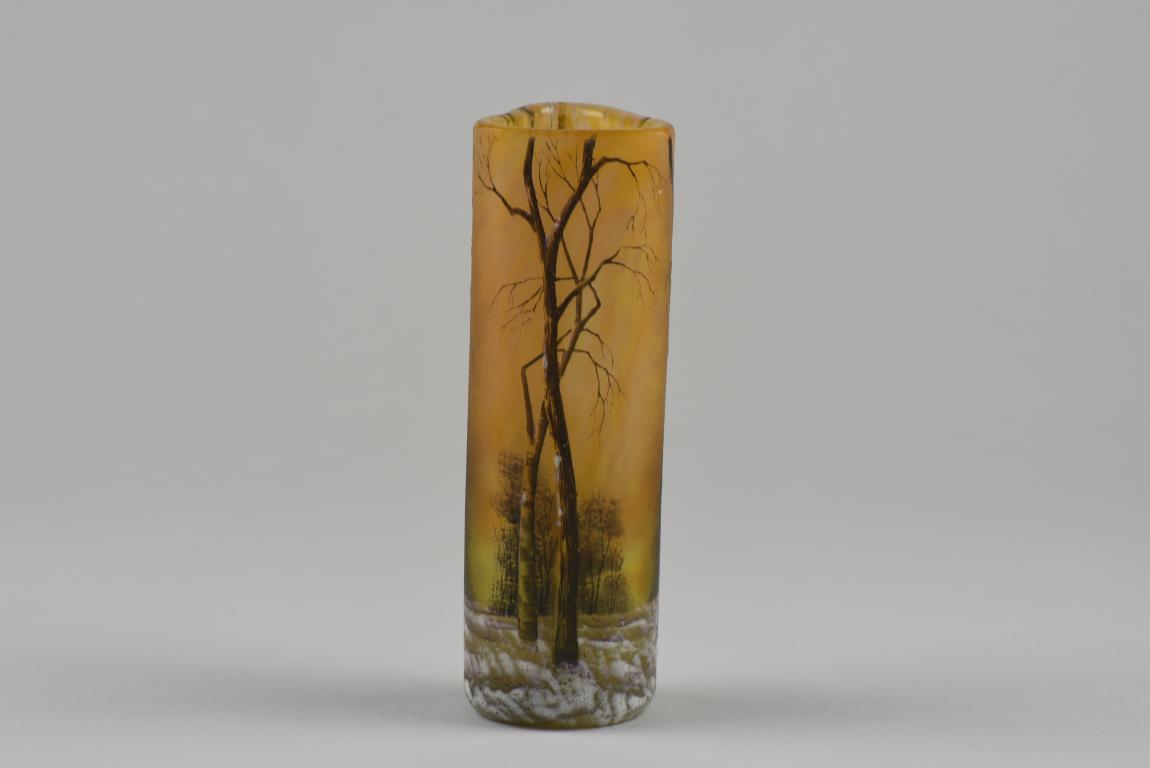 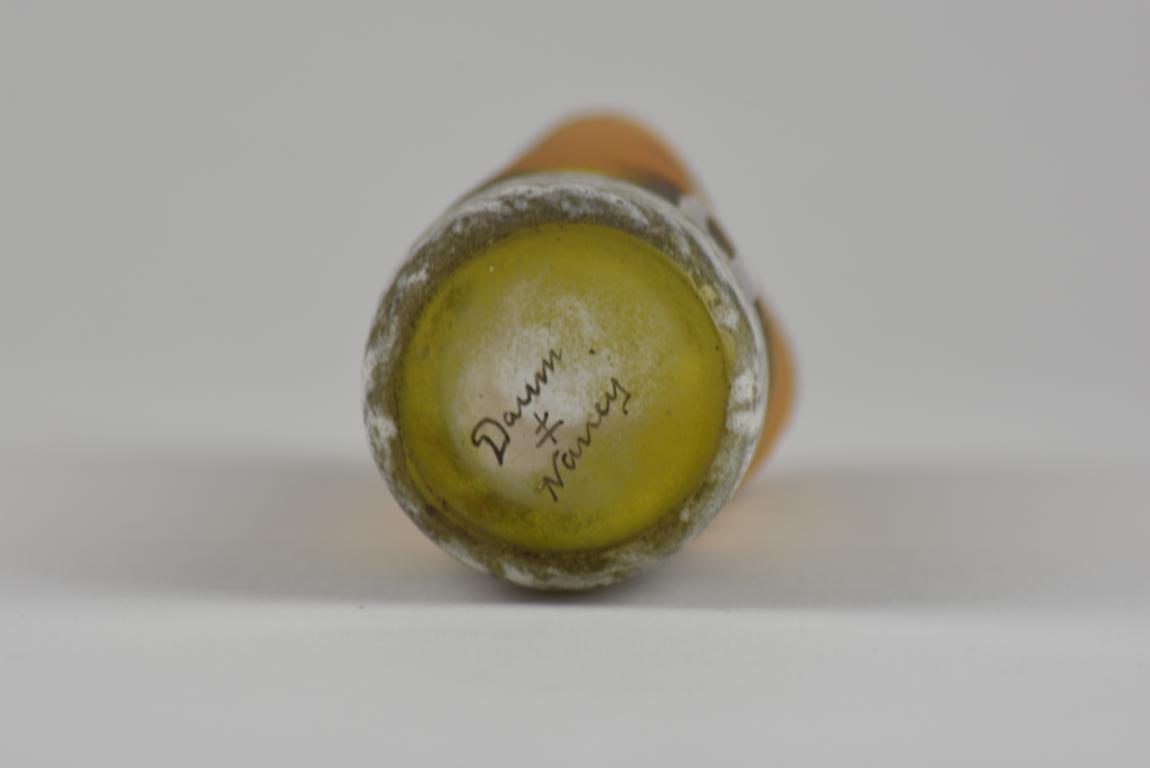 Daum – A beautiful, and exquisite acid etched and enamelled glass vase by Daum. Very finely decorated with a snowy winter woodland scene. This beautiful piece is very striking and uses the fine enamelling to give excellent depth of colour.

The vase has an unusual trefoil top. It completely captures the essence of a winter’s day. This stunning piece was made c 1905 and is signed to the base Daum Nancy and with the Cross of Lorraine.

Thick-walled vessels in vivid colours with moulded stylized designs were a specialty. Once again they were at the forefront of design innovation and employed the worlds leading designers.

Styles changed again after the Second World War and the factory turned to heavy colorless lead crystal shaped into figures and vessels. Their lead crystal glass was very high quality, and their art glass emphasized the flowing qualities of clear glass.

Generally, they did not incorporate cutting, engraving, or any other form of surface decoration. This kind of glass was popular for some 25 years, until the 1970s.