The decor is exceptionally finely detailed with excellent hand finished detail. Signed in cameo to the side Daum Nancy and with the Cross of Lorraine. Excellent original condition and a charming and elegant example.

In 1900 at the Exposition Universelle they were awarded a Grand Prix medal and quickly became one of the major makers in the Art Nouveau movement. During the Art Deco period the factory produced characteristically distinguished glass. Thick-walled vessels in vivid colours with moulded stylized designs were a specialty.

Approx 23 cm tall and 6 cm diameter at the base 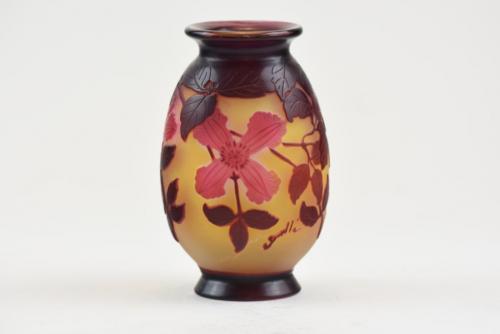 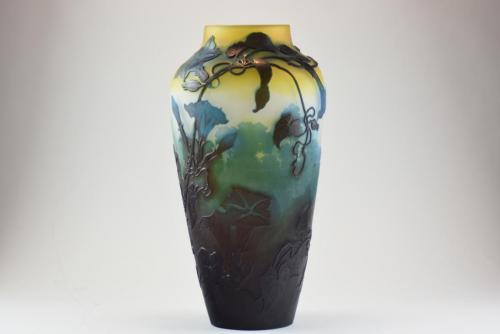 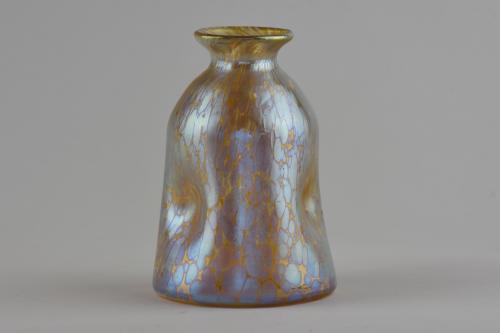