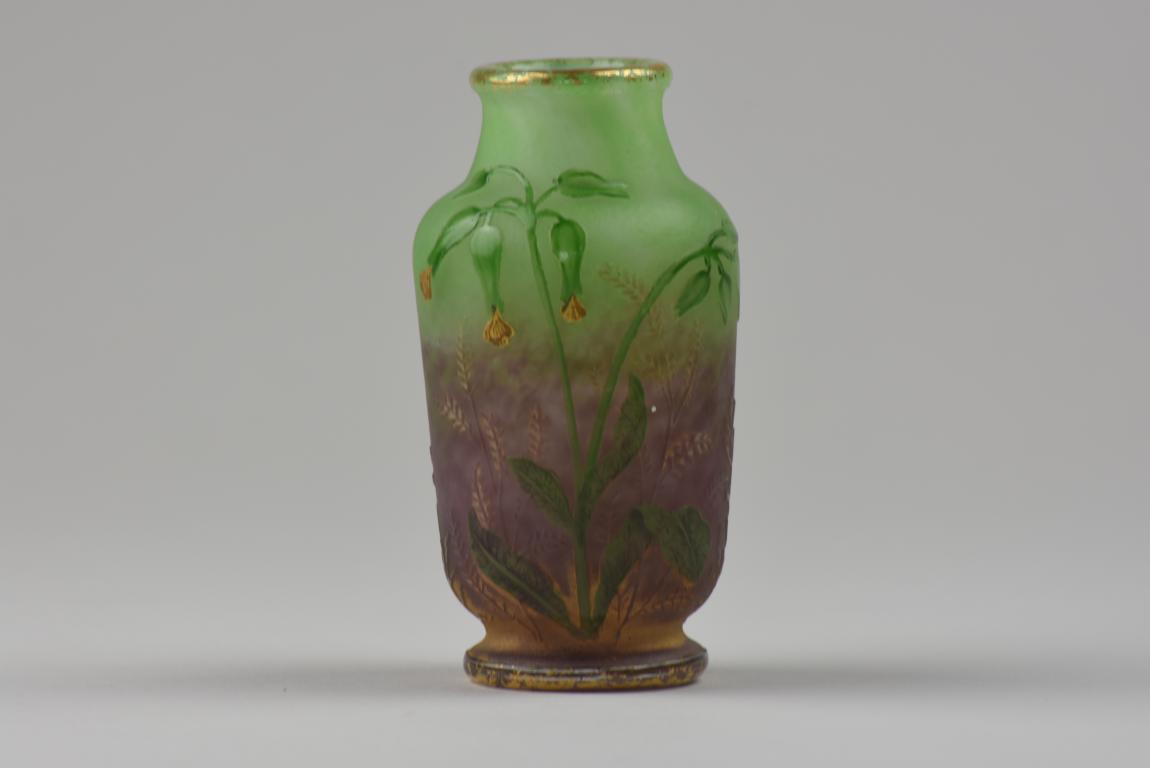 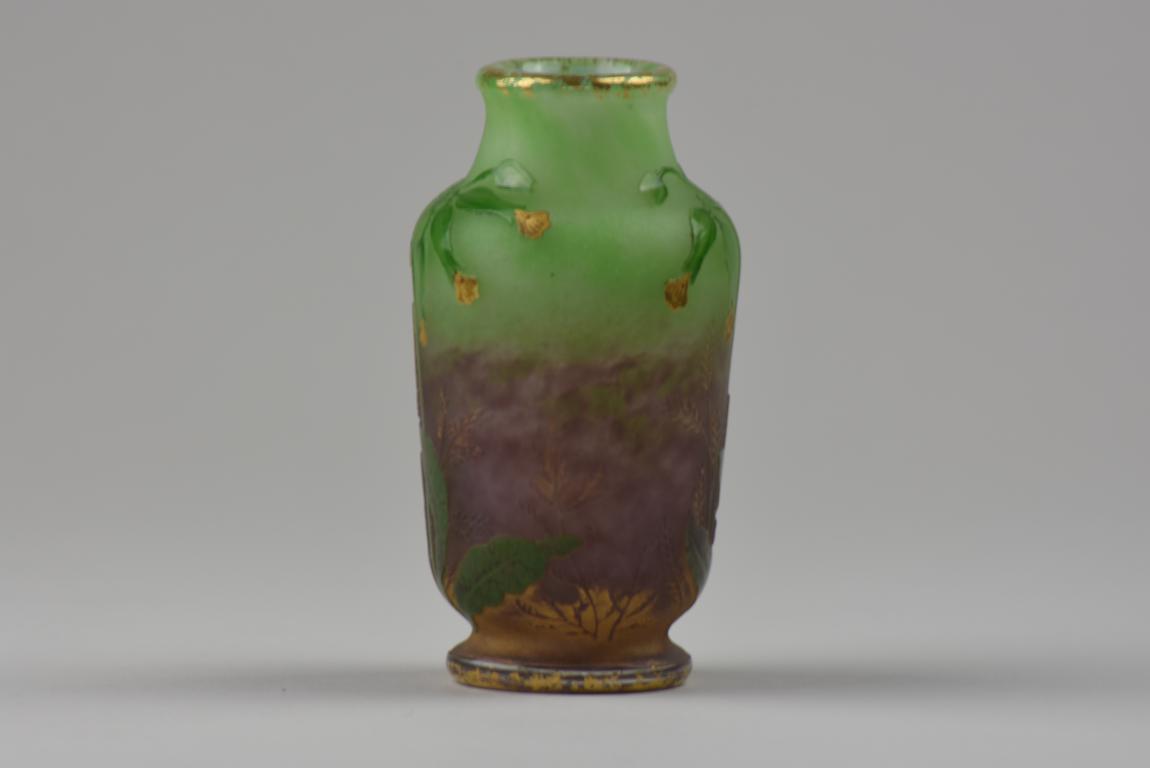 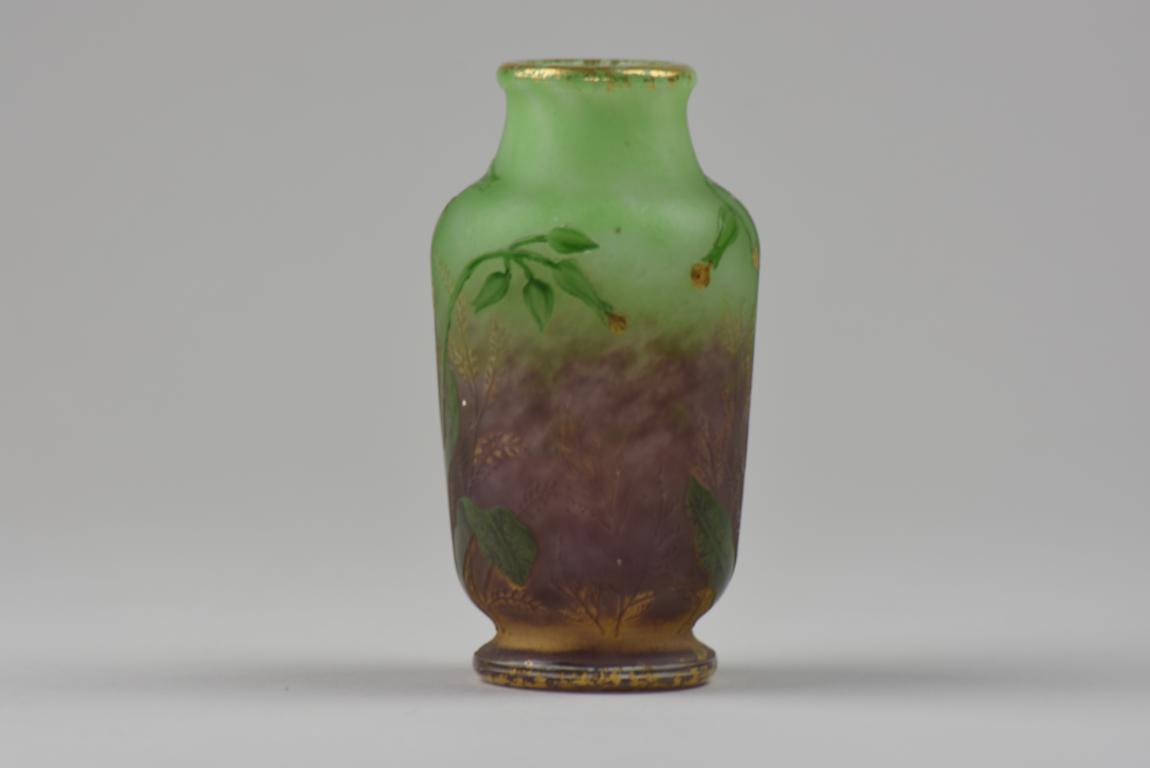 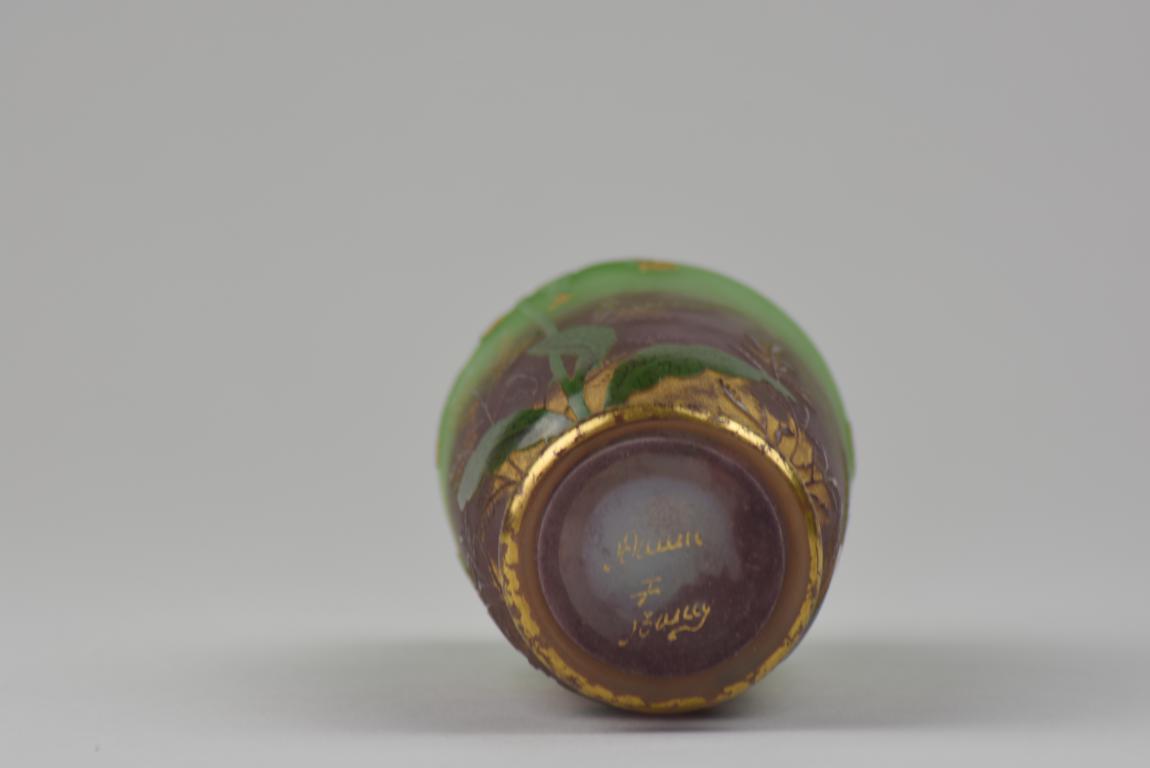 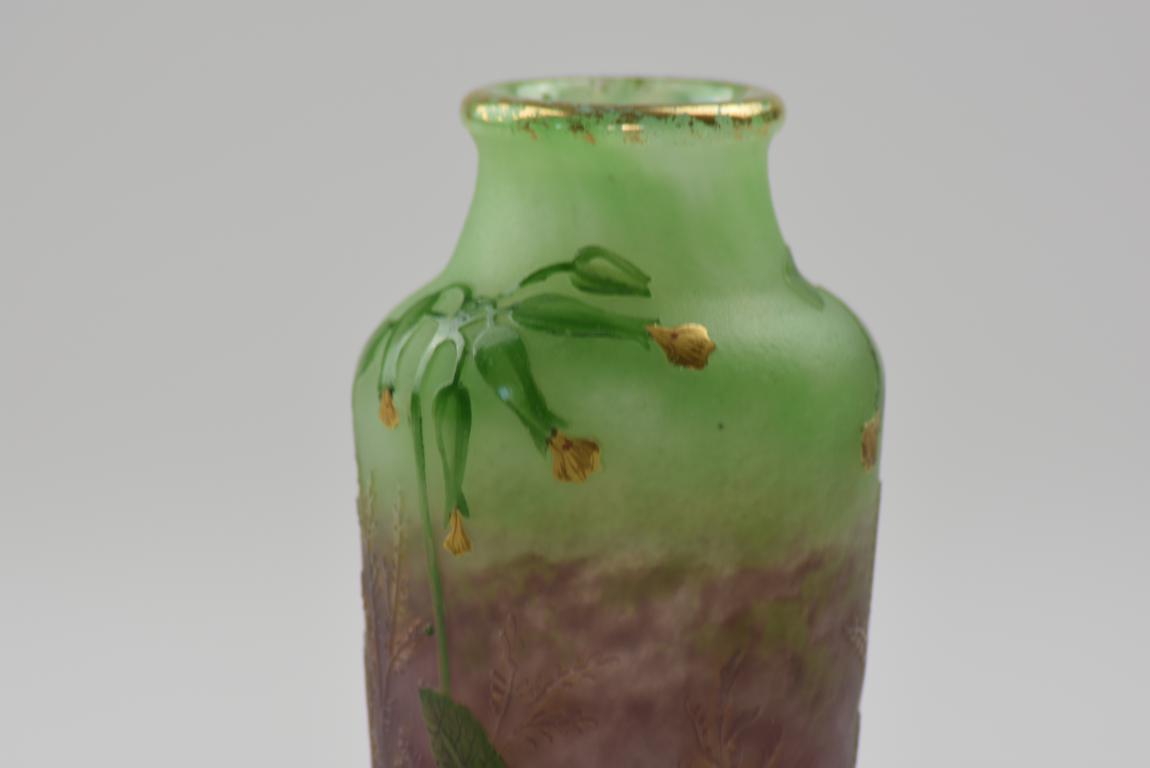 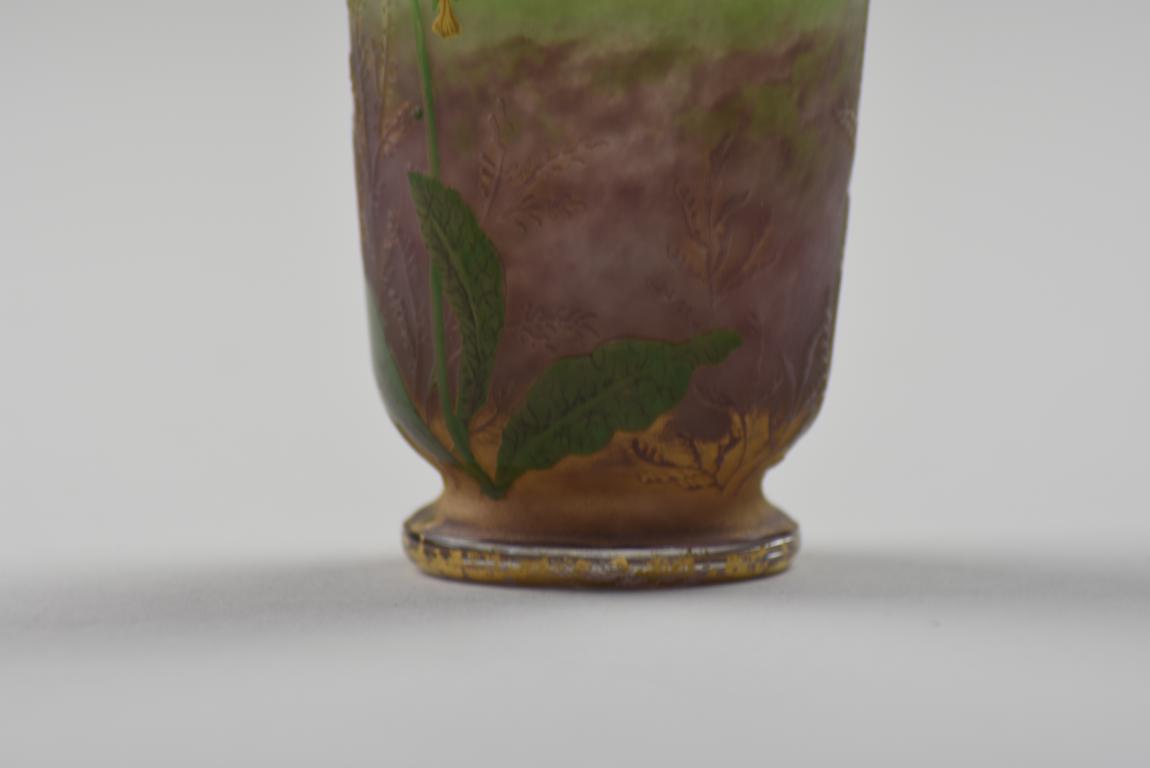 Daum – A pretty, very finely acid etched and enamelled  vase decorated with Cowslip flowers and leaves. Produced circa 1905. Signed in gold enamel to the underside Daum Nancy and with the cross of Lorraine.

The enamelling of the flowers and leaves is particularly fine and would have taken at least 3 coats of enamel to achieve this quality. The fern leaves in the background are also highlighted with gold enamel.

Very fine hand finished work. This is a beautiful piece and a fine example of the master craftsmanship of Daum that would enhance any collection. Excellent original condition