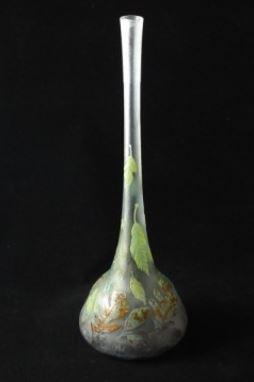 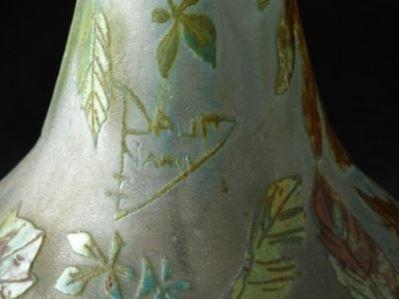 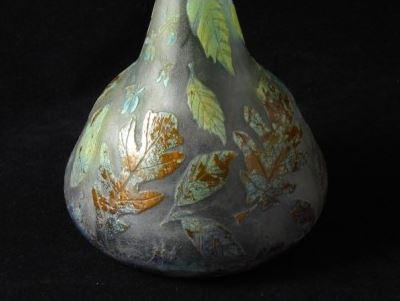 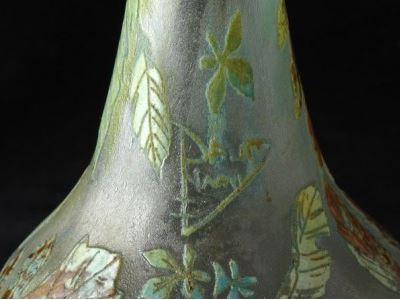 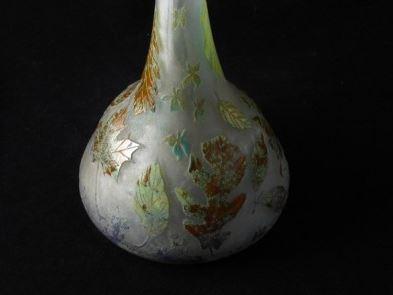 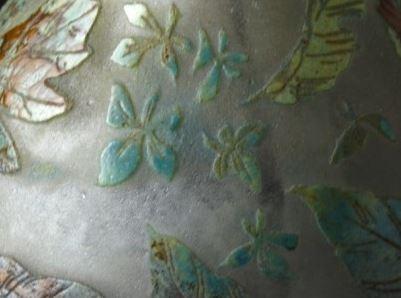 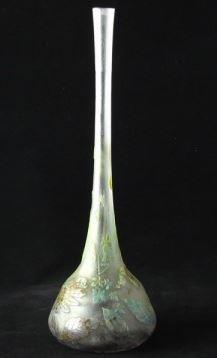 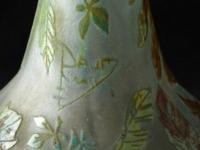 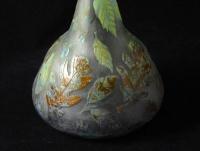 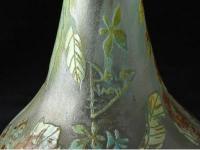 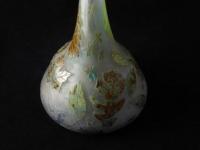 Approx height 37 cm. Cameo signature Daum Nancy and with the Cross of Lorraine. Made in France c 1901-1905

Auguste’s management and Antonin’s creative talent gave the business a new economic and artistic dimension, most notably with the creation of an artistic glassmaking section in Nancy in 1891. The business developed several new techniques, the vitrification des poudres amongst others. In 1899, they patented their décor intercalaire.

Over the years, numerous talented artists were in charge of Daum’s decoration workshop. Jacques Gruber, decorator and glassblower, was responsible from 1893 onwards and Henri Bergé from 1895 onwards. Amalric Walter’s arrival in 1904, after an apprenticeship at the Sèvres factory, extended the pâte de verre technique within the Daum glassworks.