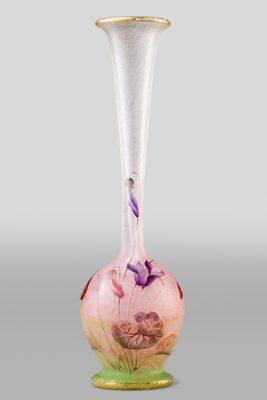 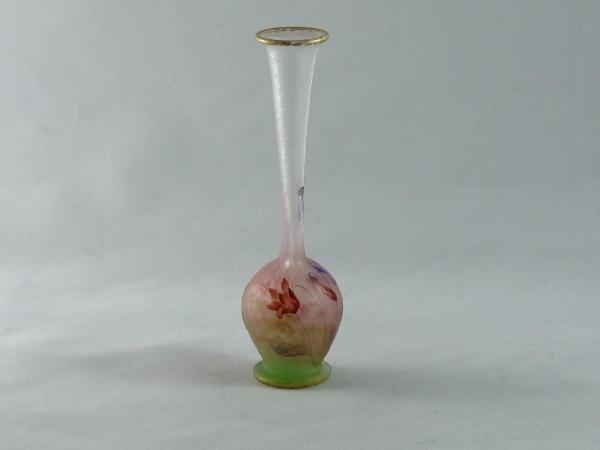 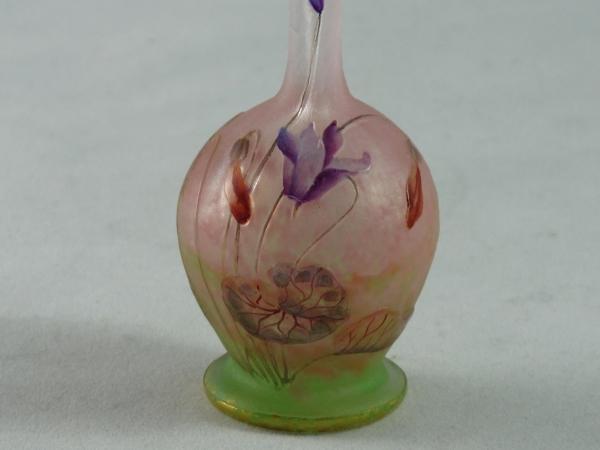 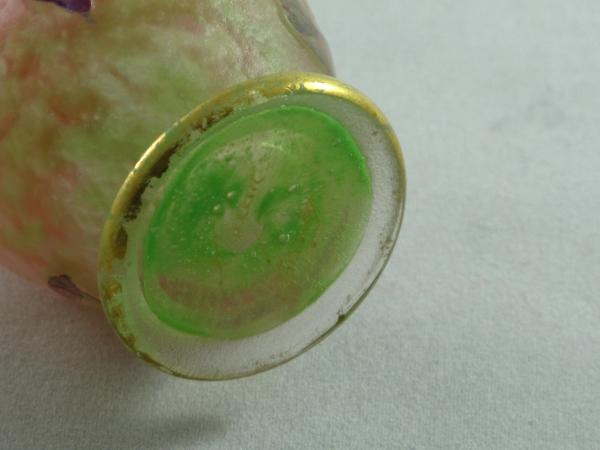 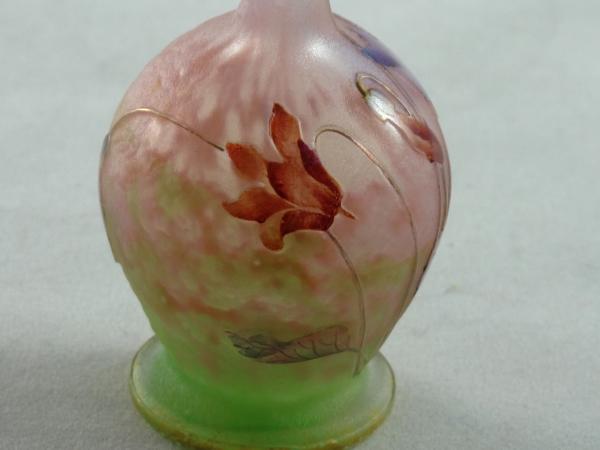 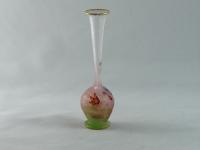 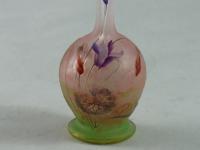 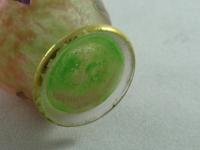 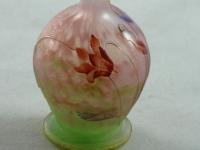 Daum – A very finely acid etched and enamelled solifleur vase decorated with Cyclamen flowers and leaves. The design is also highlighted with gilt. Produced circa 1900. Signed in enamel to the underside Daum Nancy and with the cross of Lorraine.

An exceptionally fine and delicate example. The enamelling is extremely fine and the acid etching throughout shows the skill of the master craftsman.This is a stunning piece and a very fine and rare example. Excellent original condition