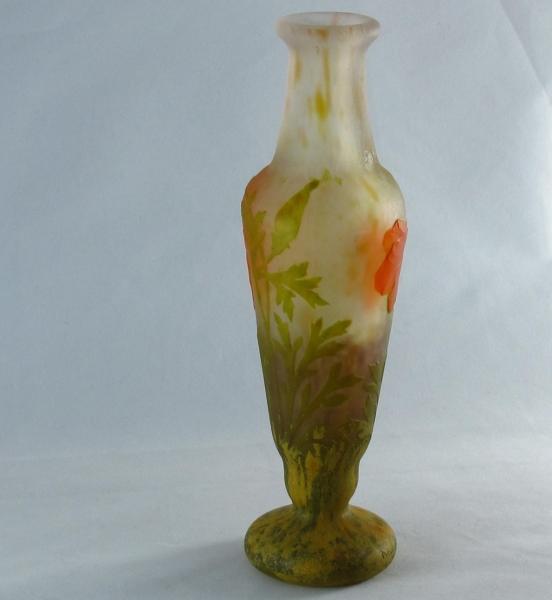 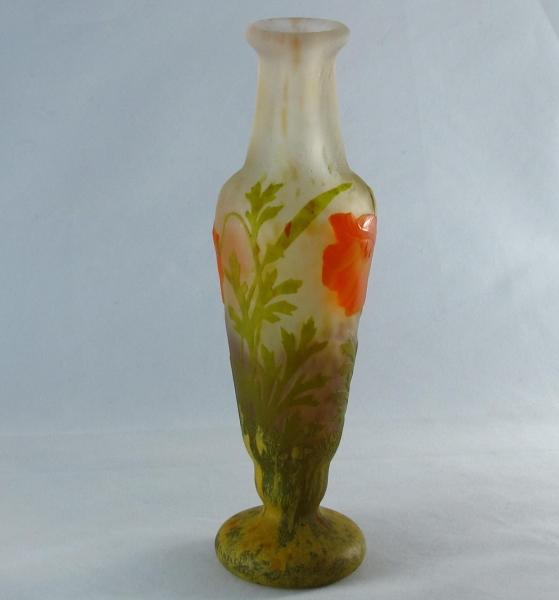 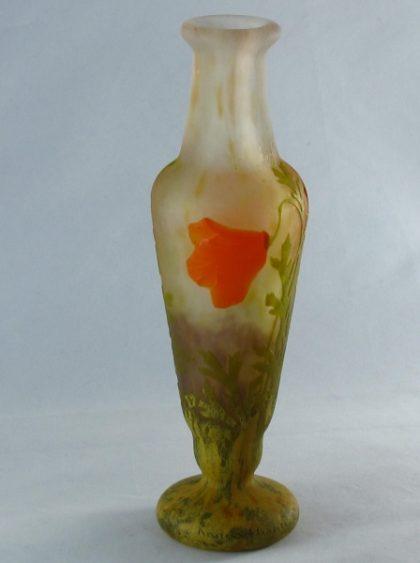 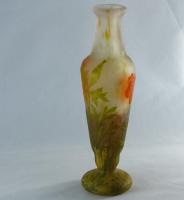 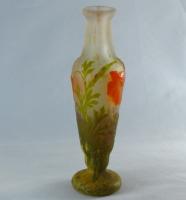 Daum Vase Coquelicots- A stunning Art Deco acid etched, overlaid, and vitrified glass vase with applied flowers by Daum. Acid etched and wheel carved to show the subtleties and fine detail of the flowers and leaves.