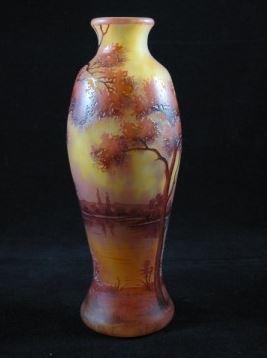 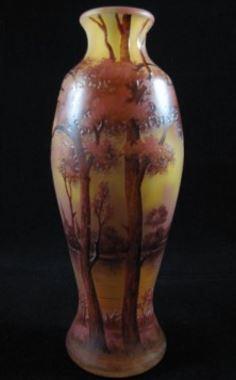 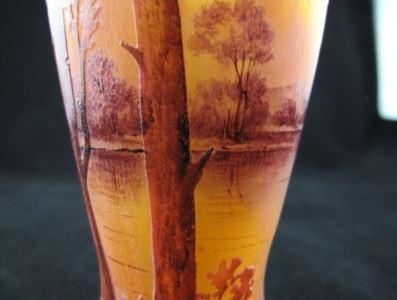 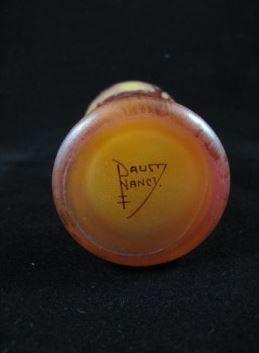 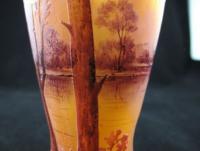 Signed in enamel to the underside Daum Nancy. c 1905. A similar design is shown on page 218 no 351Le Genie Verrier de l’Europe by Guiseppe Cappa

The Musee d’ Ecole de Nancy housed since the mid 80’s almost 600 examples of Daum glass, crystal, light fixtures and pâtes de verre, all of which illustrate a century of Nancy glass production.