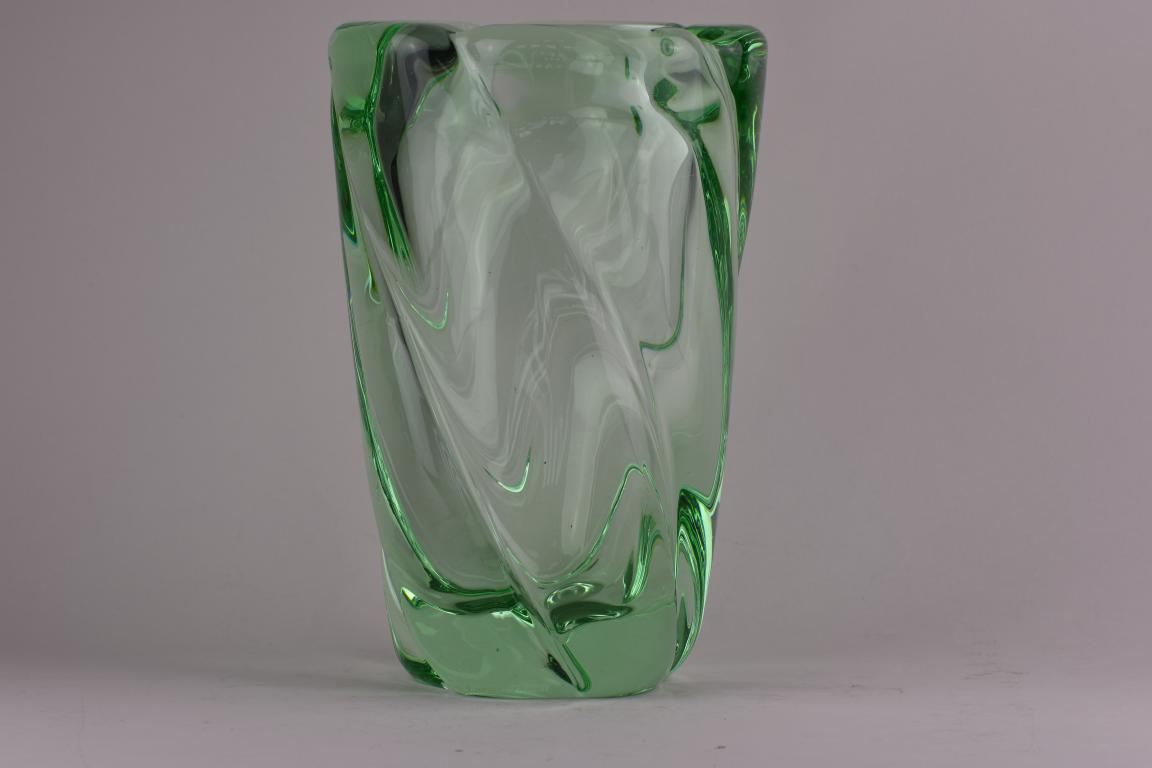 Daum –A large and heavy Art Deco glass vase in a transluscent green. An unusual shape. Signed Daum Nancy and with the Cross of Lorraine. A very practical yet beautifully decorative piece. French c 1935

Thick-walled vessels in vivid colours with moulded stylized designs were a specialty. Once again they were at the forefront of design innovation and employed the worlds leading designers. Styles changed again after the Second World War and the factory turned to heavy colorless lead crystal shaped into figures and vessels.