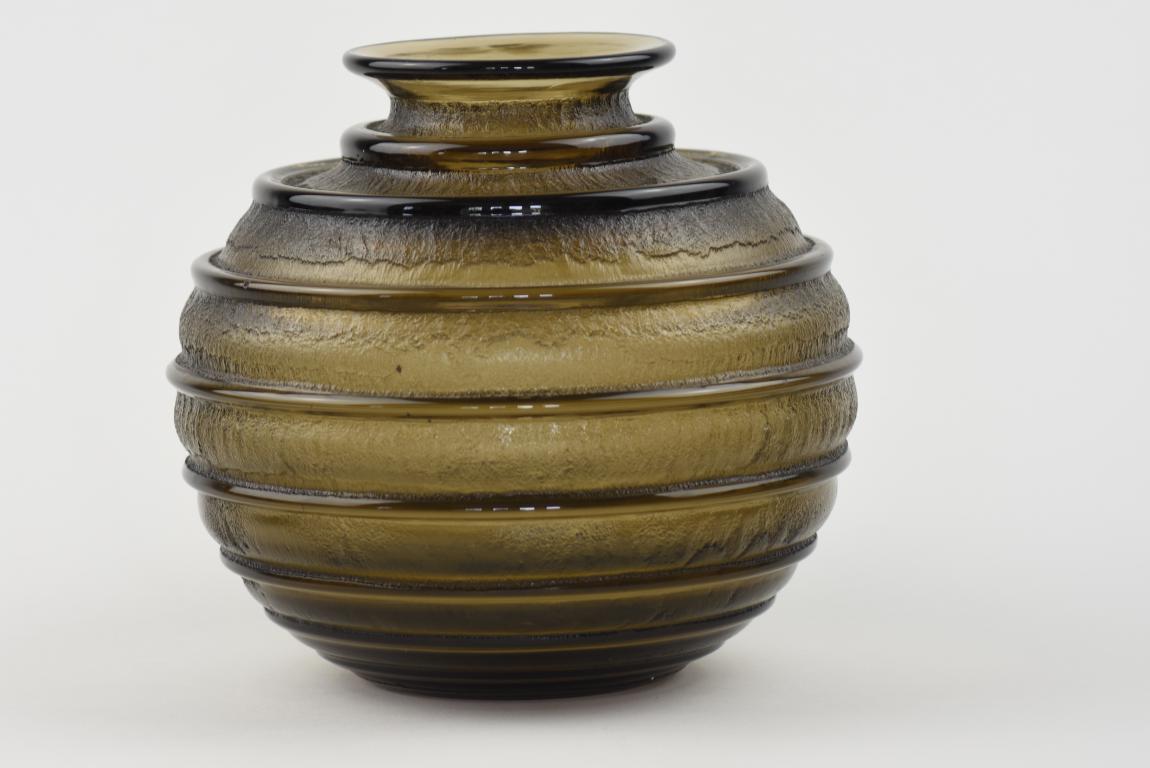 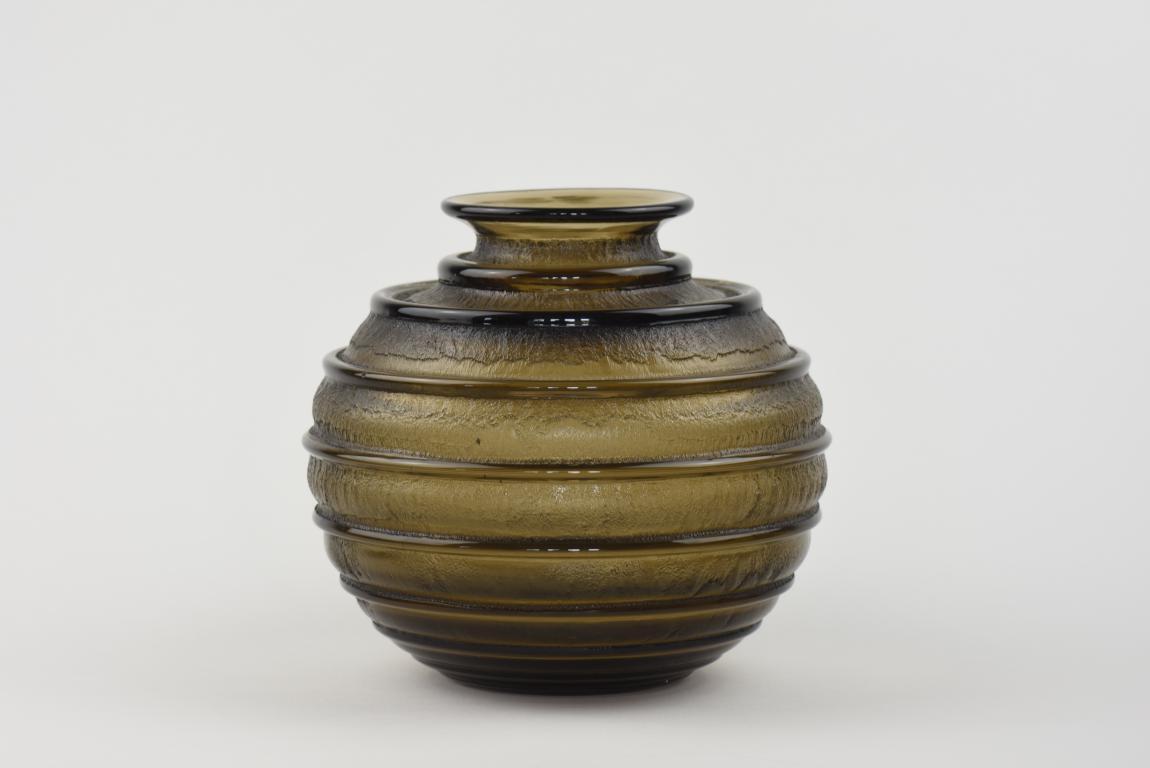 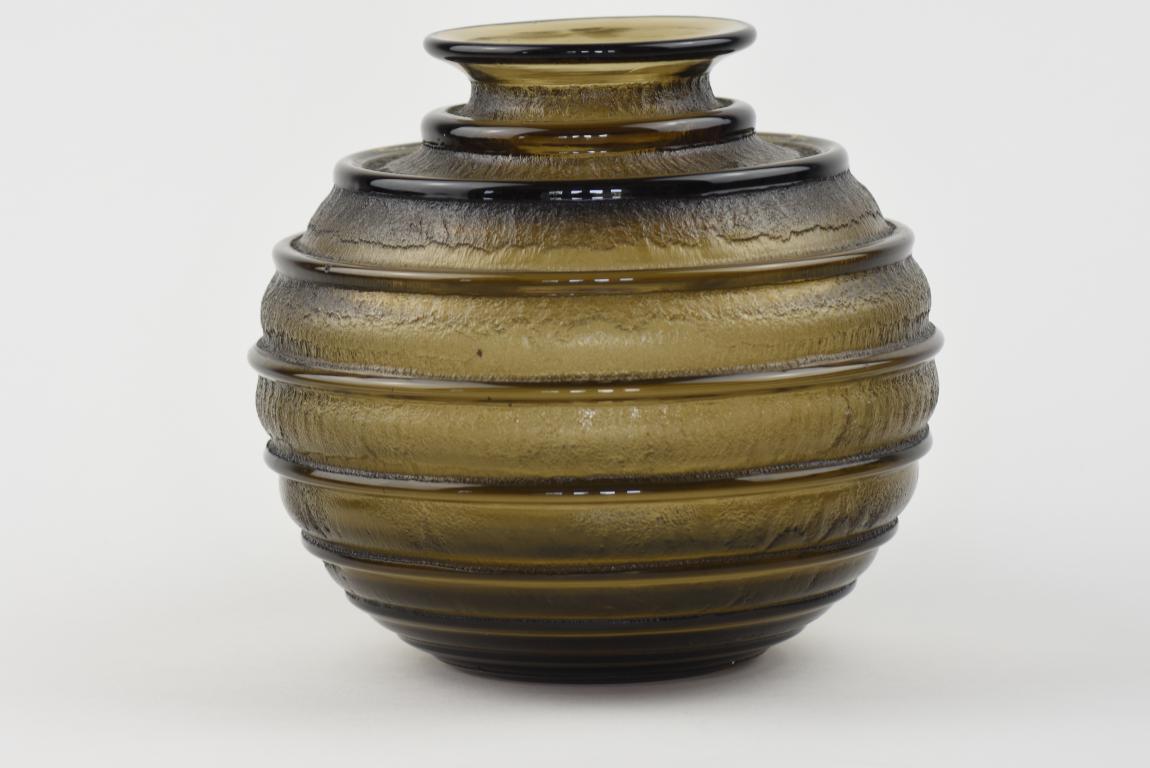 It was made c 1930 and is signed to the base. A similar piece is shown page 232 Guiseppe Cappa Le Genie Verrier de l’Europe. A timeless piece that complements any interior

During the Art Deco period the factory produced characteristically distinguished glass. Thick-walled vessels in vivid colours with moulded stylized designs were a specialty.