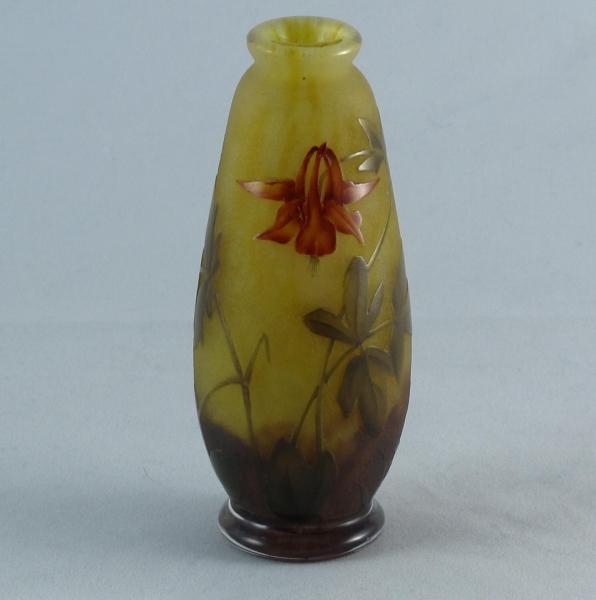 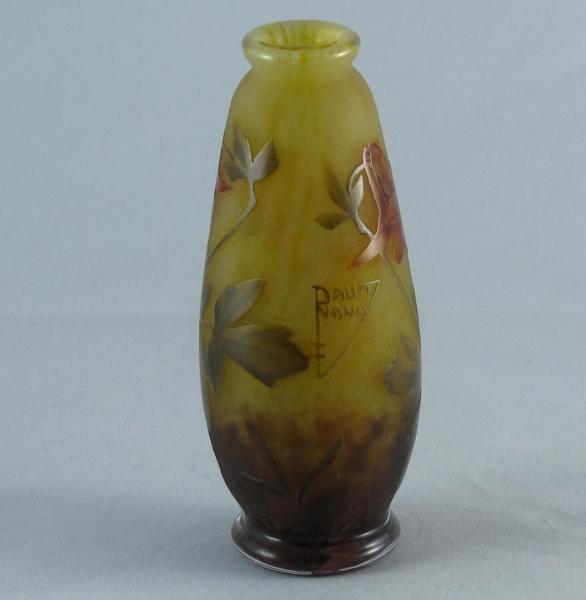 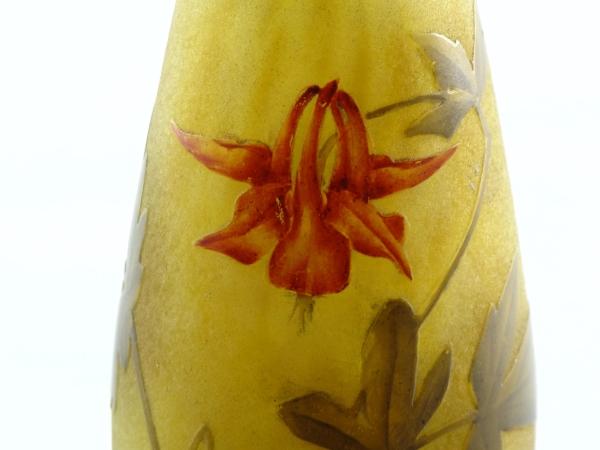 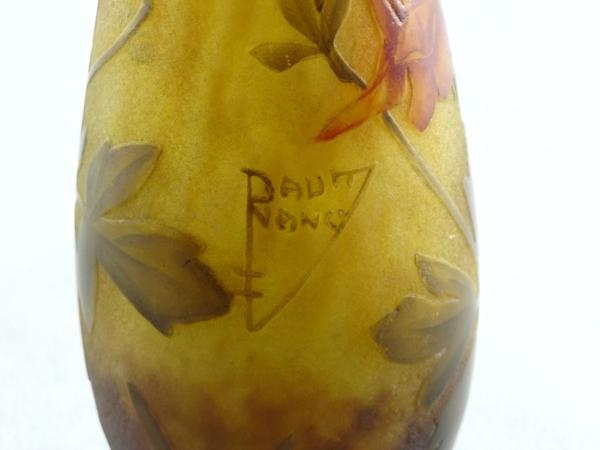 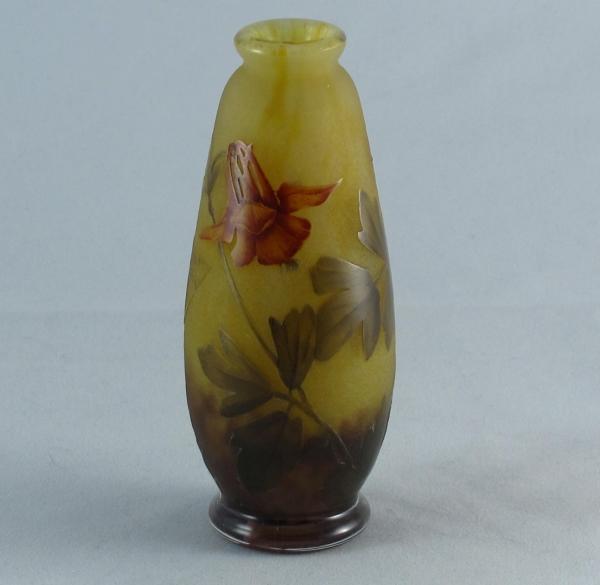 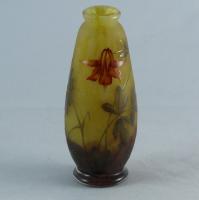 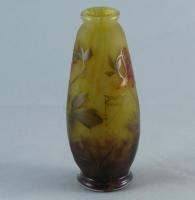 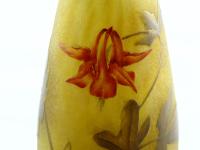 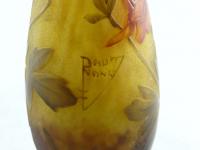 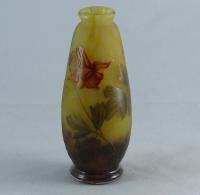 An Art Nouveau cameo glass vase by Daum. Very finely Acid etched and enamelled with a design of Aquilegia flowers and leaves. The semi translucent enamels would need at least 3 layers to achieve such a subtle effect.

The Musee d’ecole de Nancy has housed since the mid 80’s almost 600 examples of Daum glass, crystal, lighting and pâtes de verre, all of which illustrate a century of Nancy glass production.