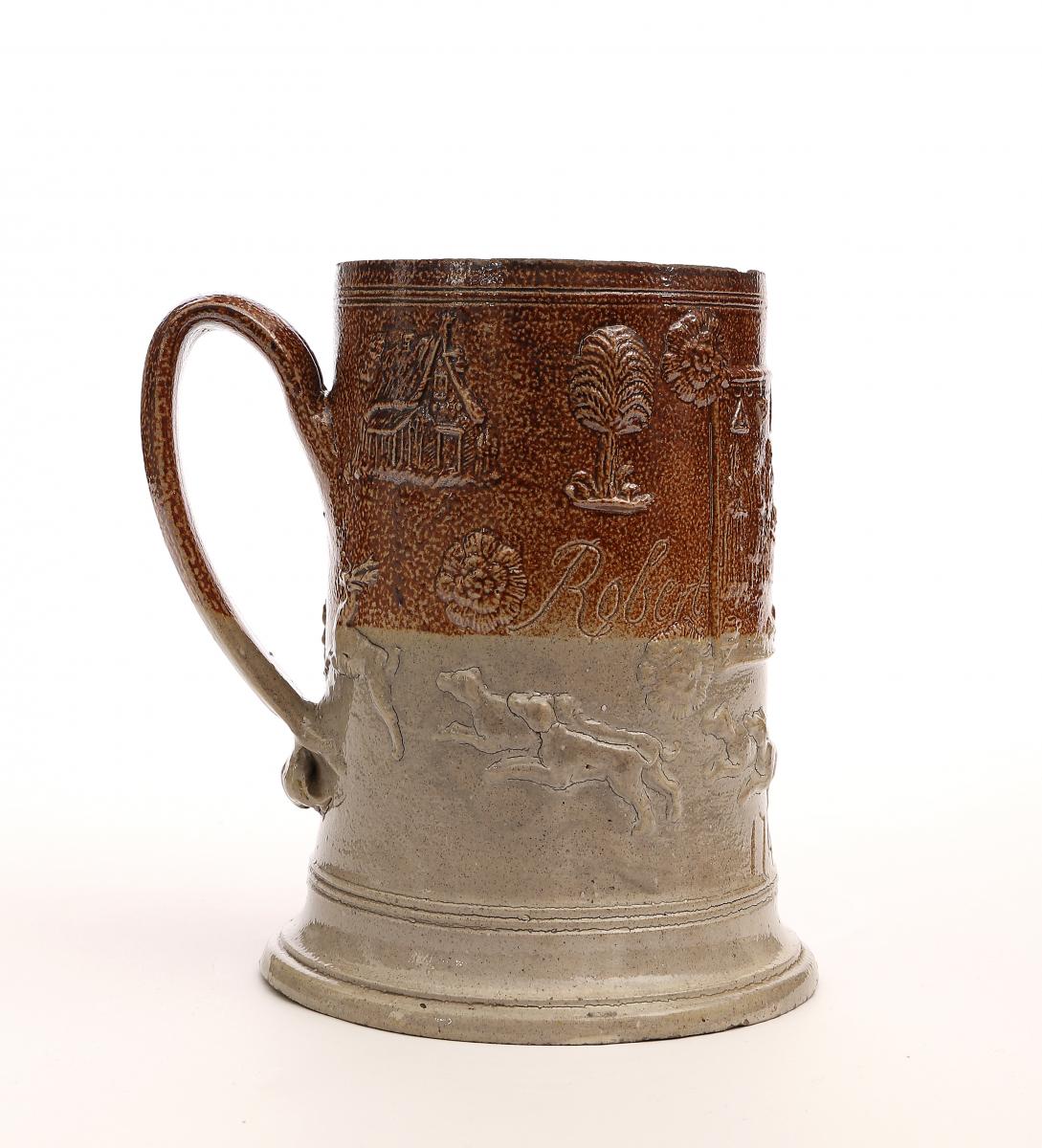 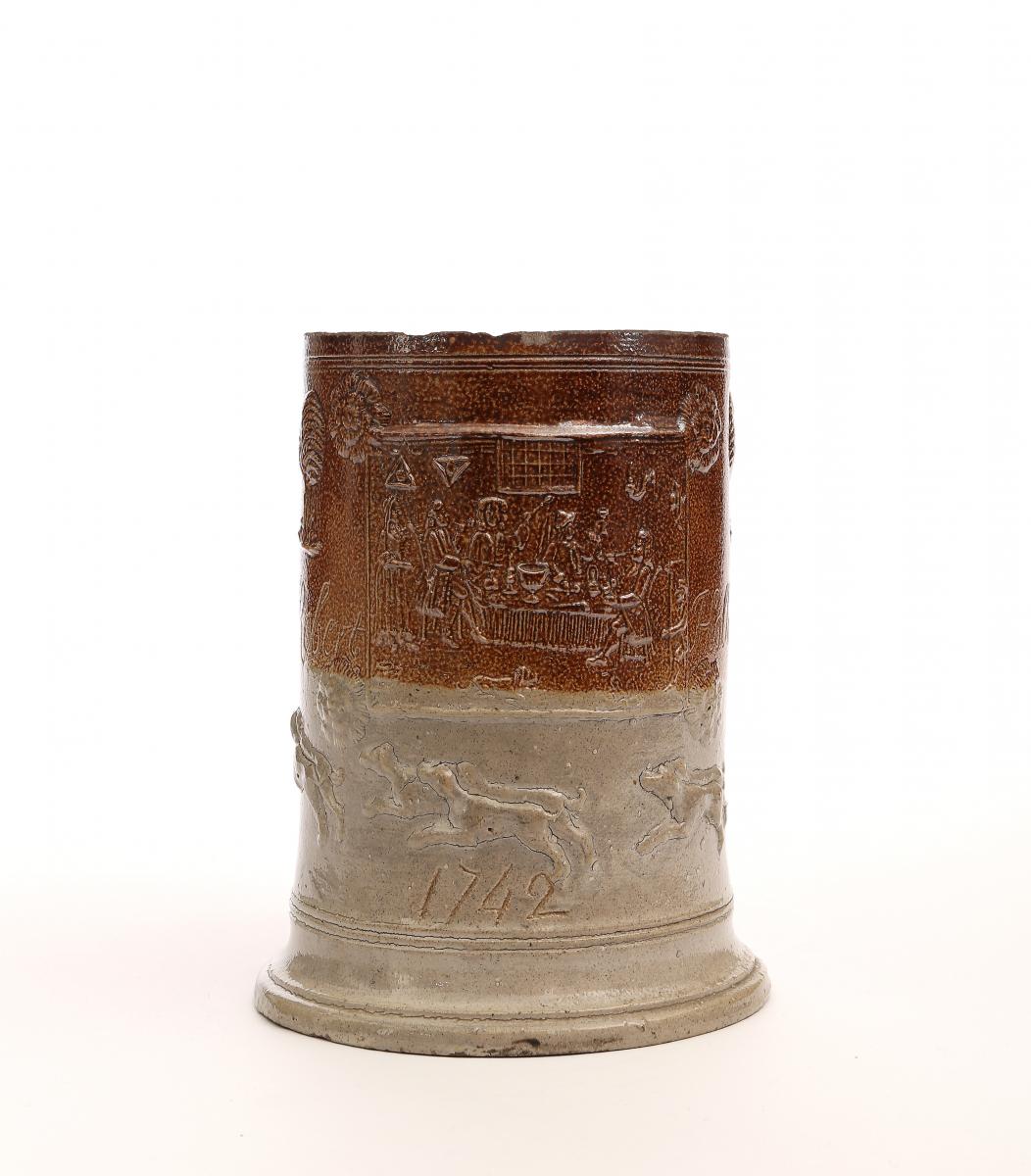 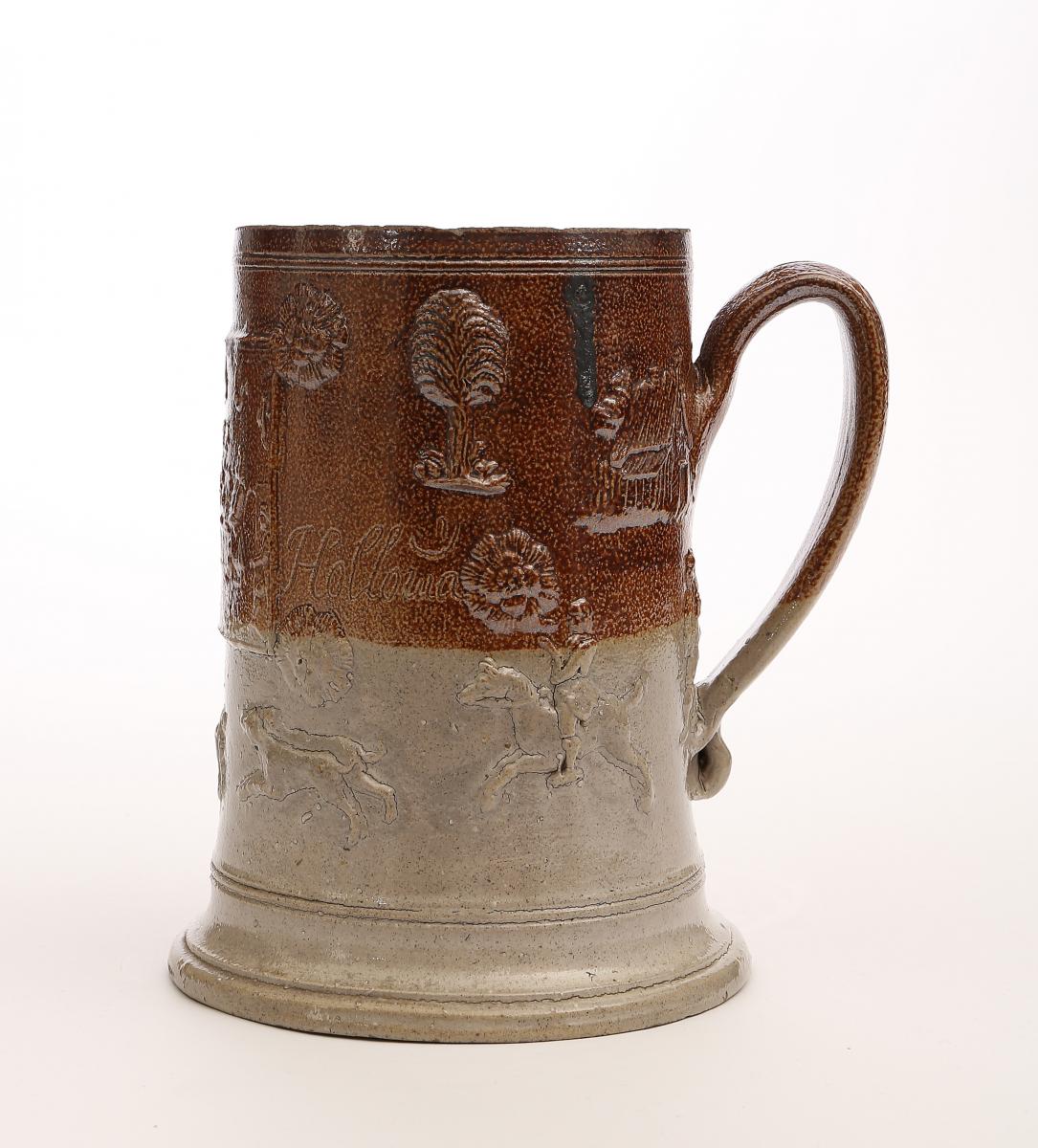 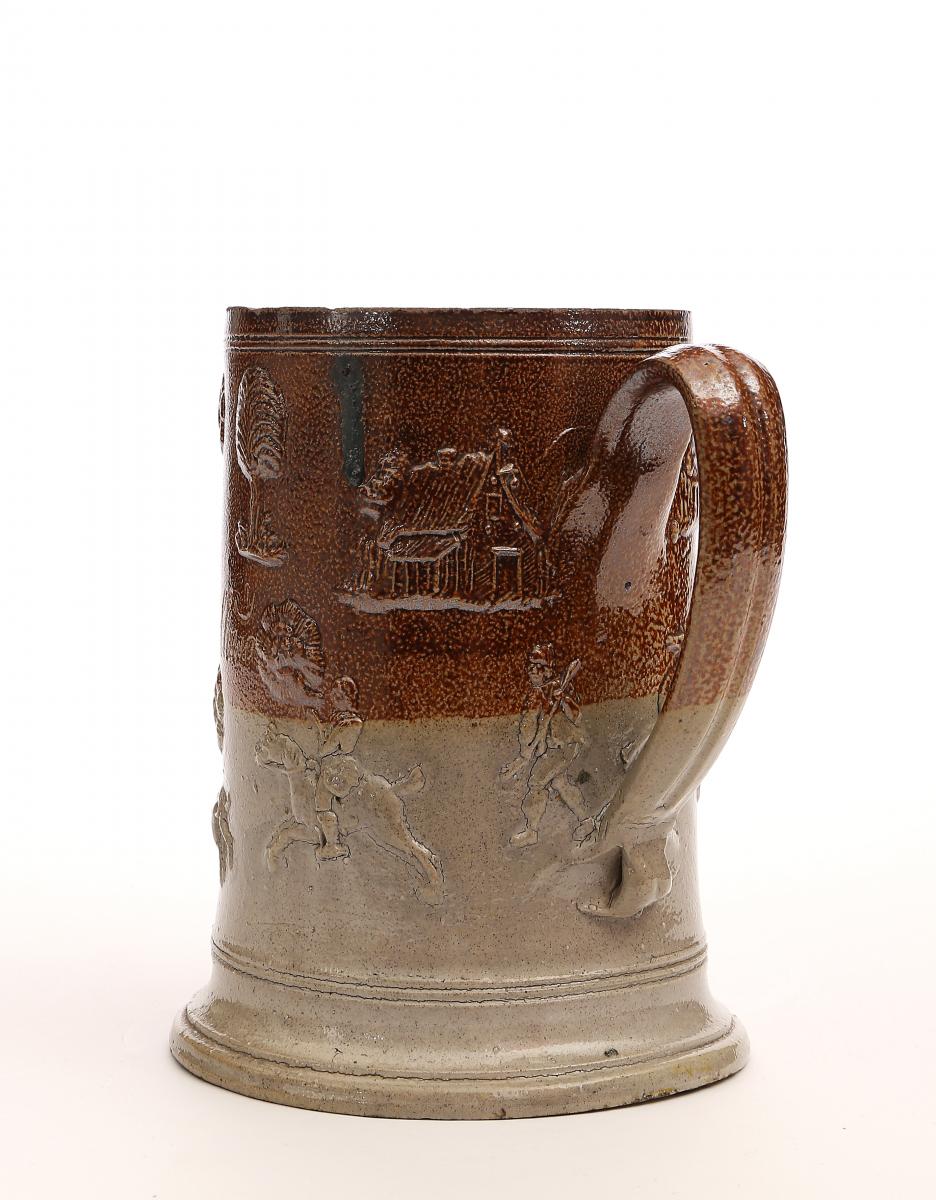 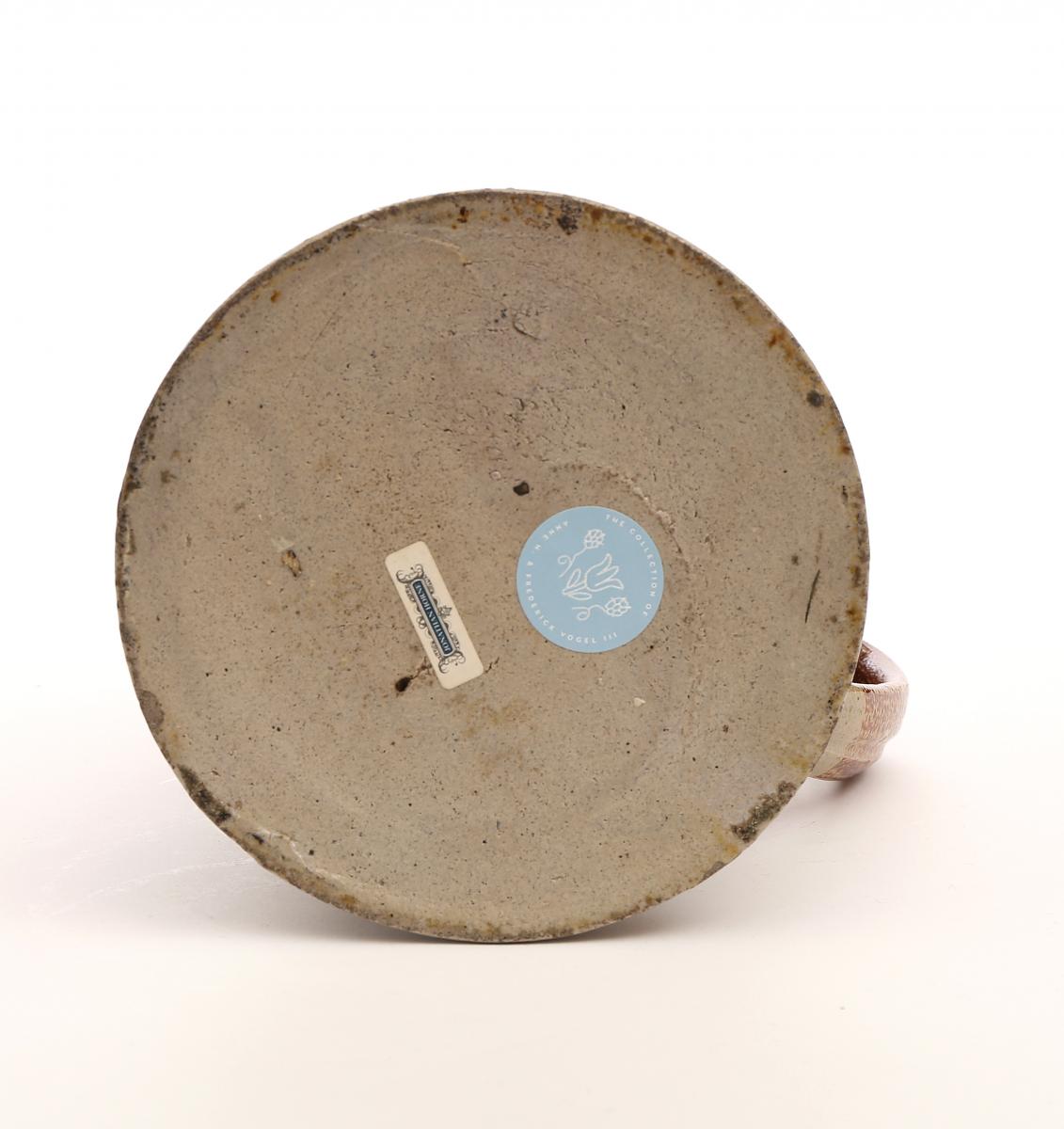 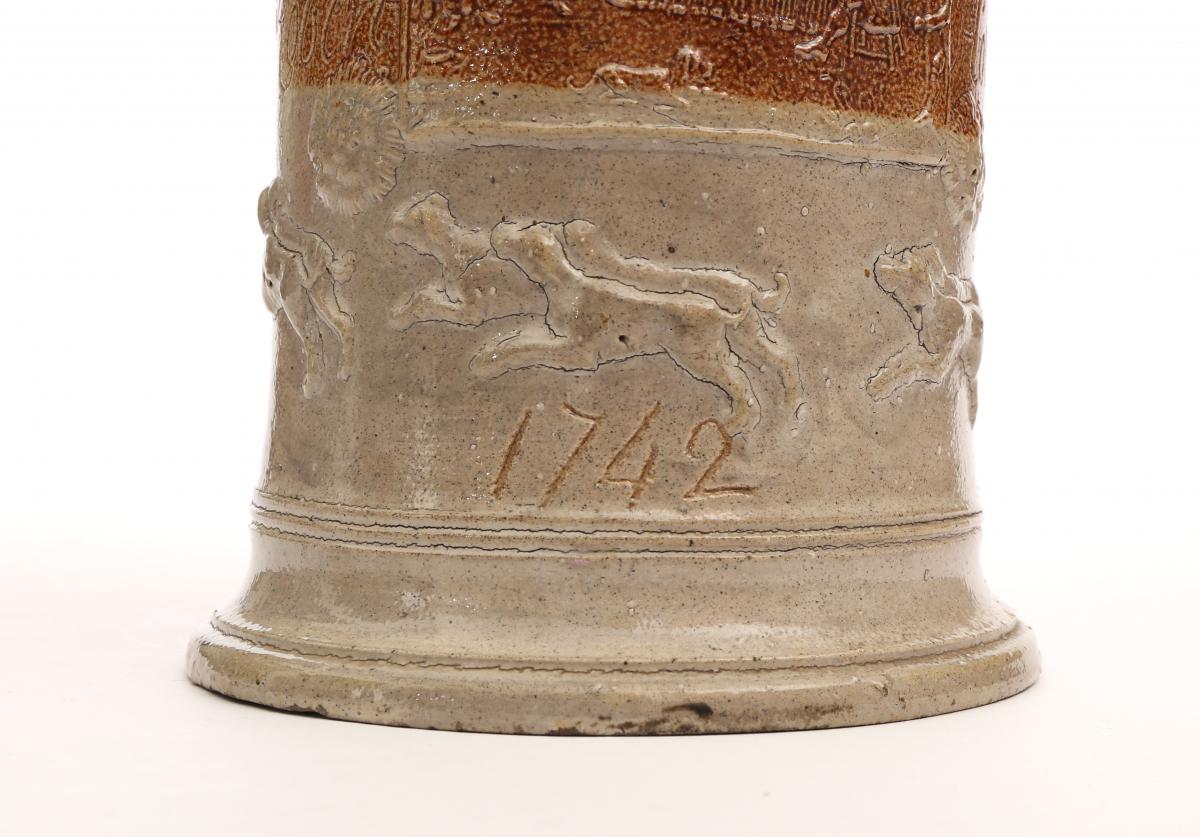 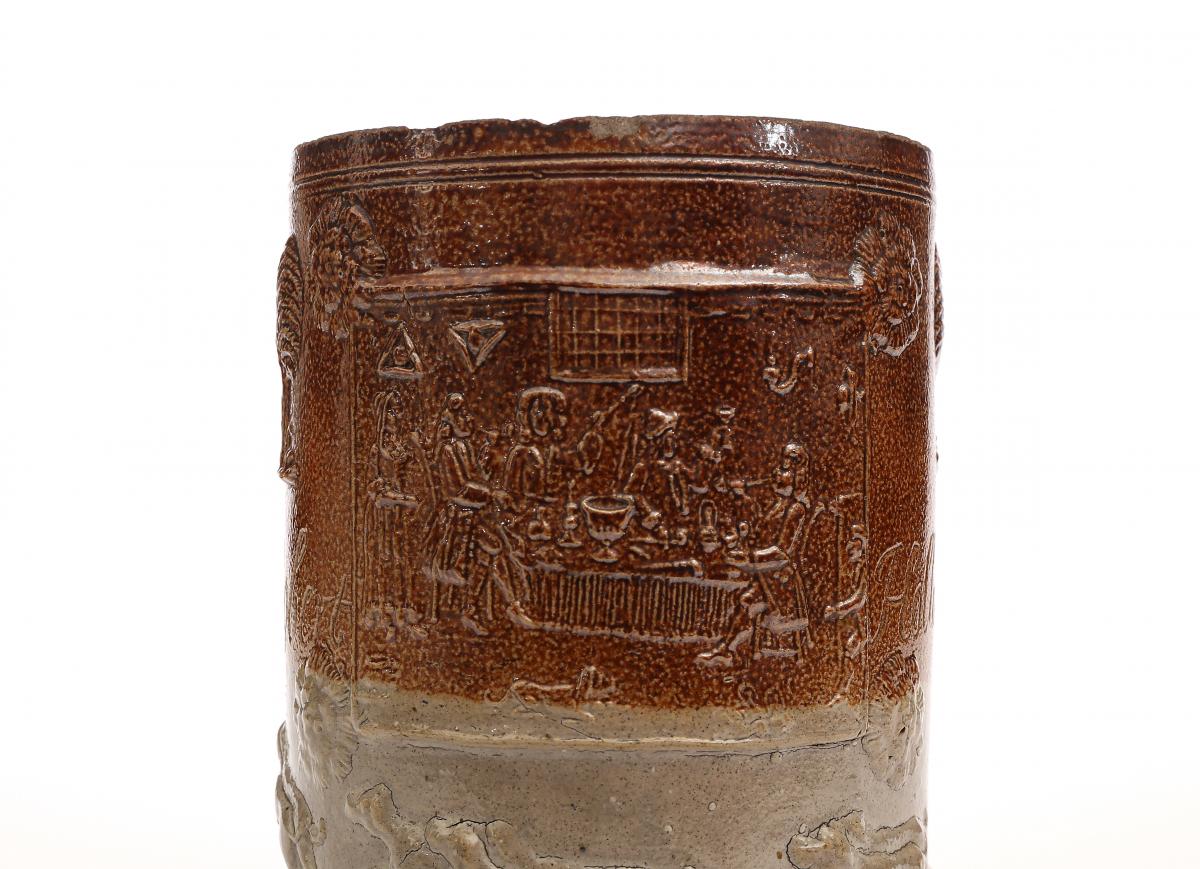 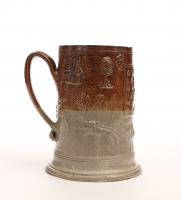 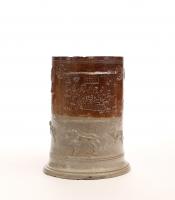 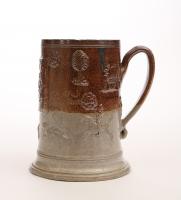 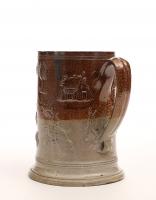 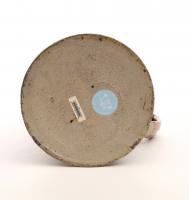 Sprigged with a rectangular panel of a “Midnight Modern Conversation” flanked on either side with a tree and a cottage above a continuous hunt scene.

Dated tankards sprigged with the Midnight Modern Conversation include one inscribed ‘Dan‘il, att Dyas Hall’ (sic) above the date ’17=38′, sold, Sotheby’s, London, January 8, 1974, lot 41; one with the arms of the Worshipful Company of Blacksmiths, dated 1752, sold, Sotheby’s, London, October 22, 1974, lot 152; and another impressed ‘WILLIAM/ HEATH/ 1764′, formerly in the Cecil Baring and Revelstoke Collections, sold, Sotheby’s, London, April 28, 1981, lot 37. The combined characteristics of a clockwise hunt and punch party scene place this tankard as a product of ‘Factory C’, as categorized by Adrian Oswald et al., English Brown Stoneware 1670-1900, London, 1982, appendix II, where the authors note a likely attribution of London but that some similar sprigging appears on mugs of Bristol manufacture.