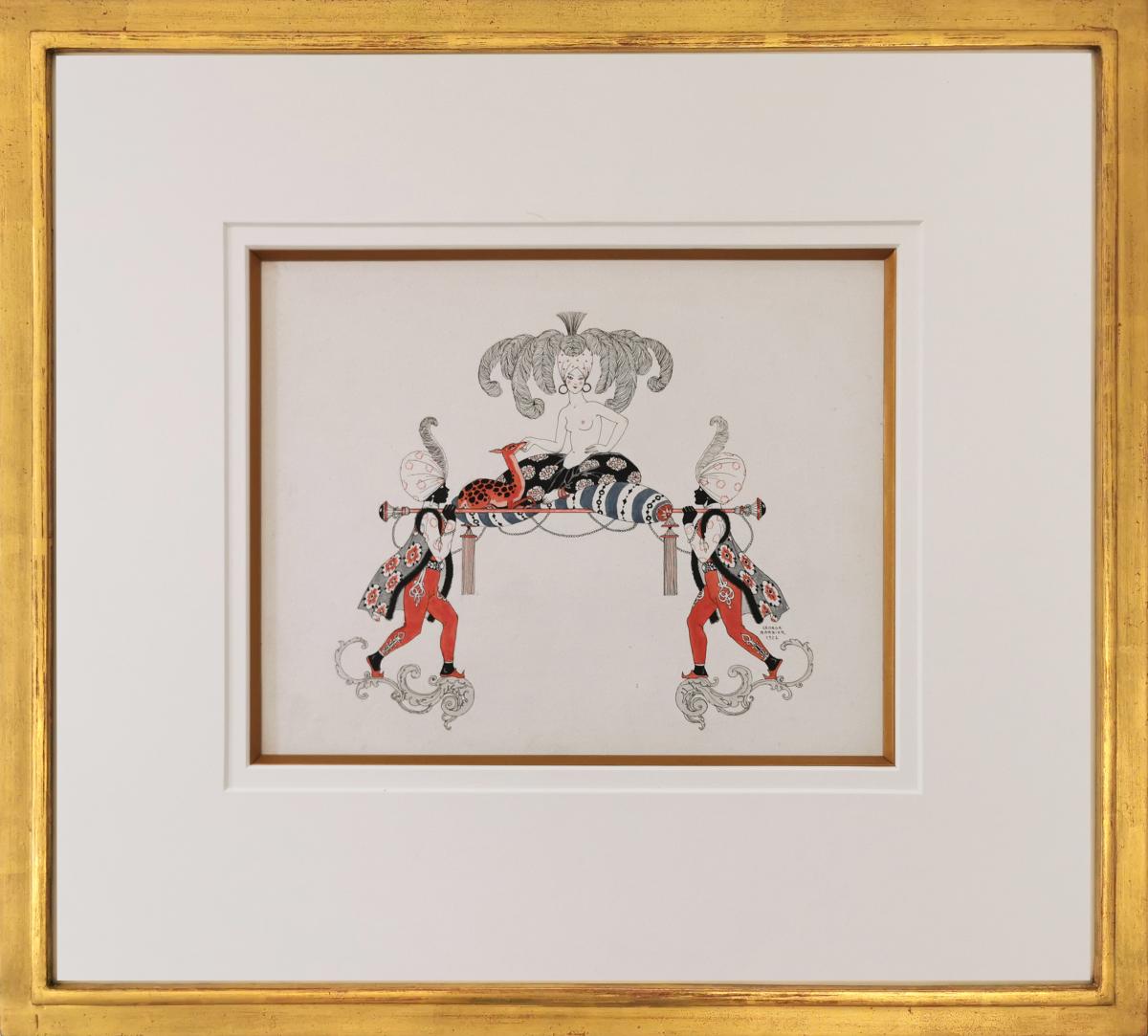 George Barbier was born in Nantes in 1882 to a wealthy bourgeois family. Demonstrating his artistic talent at an early age, he attended the École Régionale du Dessin et des Beaux Arts in Nantes. He is believed to have then spent several years in London, where the influence of leading English illustrators was profound, such as Aubrey Beardsley (with whom he corresponded), William Blake and Arthur Rackham. His connection to the UK may have influenced his decision to adopt the English form of his name.

On his return to Paris in 1908 he enrolled at the Académie Julian. His return to Paris coincided with a period of radical change in fashion and design, and he also became captivated by the Ballet Russes, under the directorship of Serge Diaghilev. Paul Poiret's radical new designs for women's dresses, together with Léon Bakst's dramatic and colourful costumes for the Ballet Russes proved an inspiration and catalyst for George Barbier as an illustrator.

The new excitement and innovation in the Parisian world of art, fashion, and design at this time led to the publication of two new fashion journals in 1912; Journal des dames et modes, and Gazette du Bon Ton. George Barbier was one of the principal contributors to these journals, along with Paul Iribe, Léon Bakst, Bernard Boutet de Monvel, André Marty and Pierre Brissaud, who were known as the 'Chevaliers du Bracelet', for their flamboyant manners and habit of wearing a bracelet as a common accessory. He also contributed many illustrations to other design journals of the time such as La Vie Parisienne, and Femina, to name but two, and was also regarded for his social commentaries, art criticism, and theatre reviews.

Barbier was influenced in his fashion illustrations by various themes - Classical Greece and its mythology, carnivals and masquerades of eighteenth century Venice, and Orientalism, often invoking an air of mystery, whilst incorporating the latest fashion designs.

In addition to his work for fashion publications, several books of his illustrations were published, two of them devoted to ballet dancers of the Ballet Russes. Dessins sur la danses de Vaslav Nijinsky (1913), and Album dédié à Tamara Karsavina in 1914.  Two other books (each published in several volumes), depict the radical post First World War changes in fashions between 1917 and 1926 - Guirlande des Mois (1917 - 21 ), and Falbalas et Fanfreluches (1922 - 1926). His images in these volumes portray hints of romance and myth, with historical settings that are purely imaginary and stylised. During the course of his career, he illustrated over 30 books by prominent French authors: our watercolour shows an original illustration for Les Fleurs du Mal by Charles Baudelaire.

His love of theatre and ballet and inexhaustible creative spirit drove him to become, in addition, a leading Parisian costume designer. He designed the costumes for the actor Rudolph Valentino in the silent film Monsieur Beaucaire in 1924, and he also created costumes and set designs for the Folies Bergère and the Casino de Paris.

George Barbier designed over one hundred jewellery items for his friend Louis Cartier. His design for an invitation for an exhibition at Maison Cartier in 1914 entitled La femme avec une panthère noire led to his sinuous black panther becoming the iconic symbol of Maison Cartier.

George Barbier died in 1932 after an illness of two year's duration. A remarkable creative life sadly cut short, but lived to the fullest amongst the rich artistic, literary and theatre circles of early twentieth century Paris, highly regarded by his peers. His illustrations and books can be found in libraries and museums worldwide and also in private collections. A major retrospective of his work was held at the Museo Fortuny in Venice in 2008, followed by another retrospective in 2013 in Toronto. 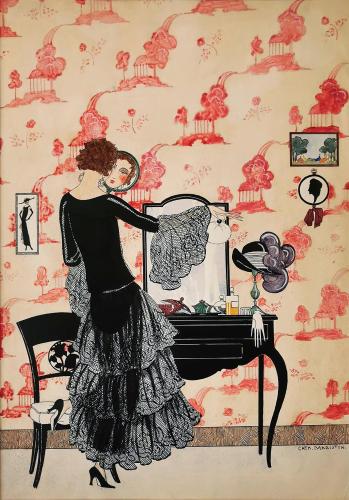 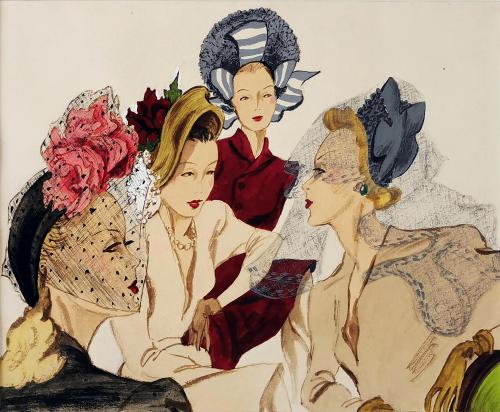 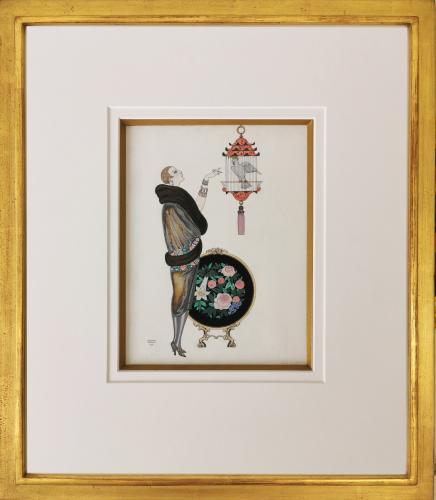