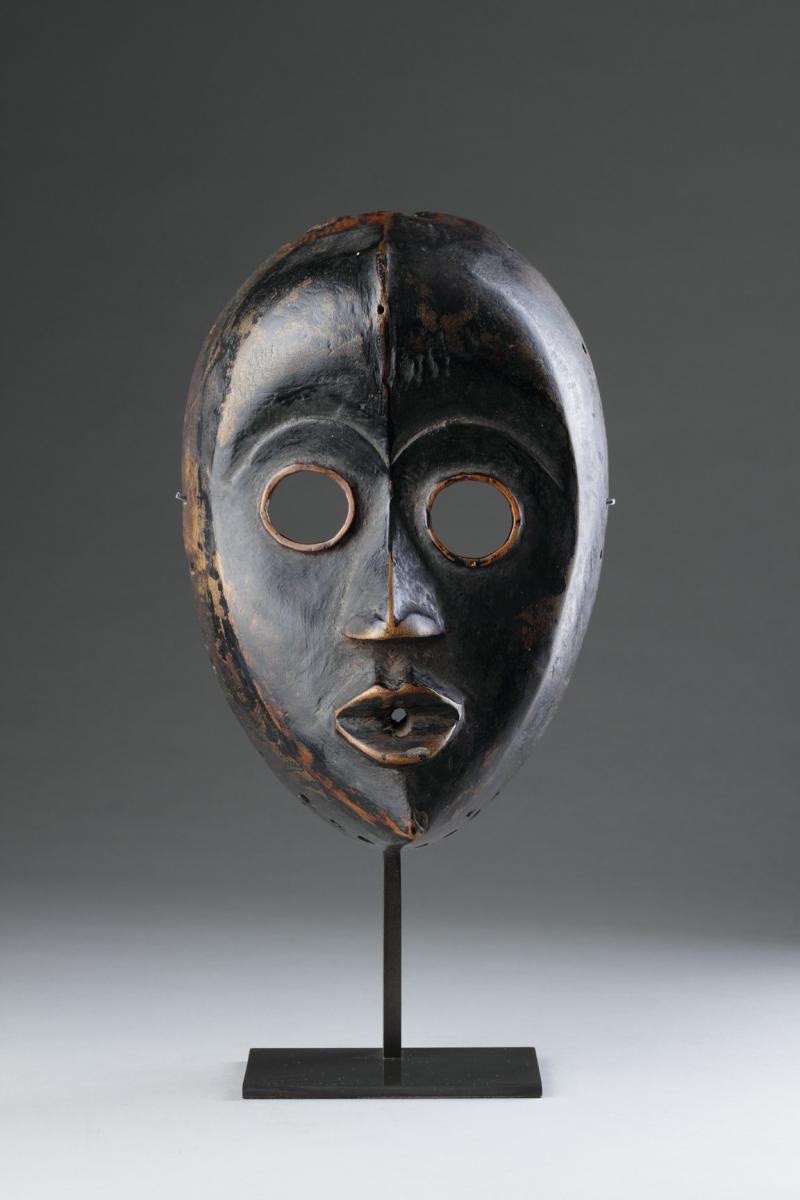 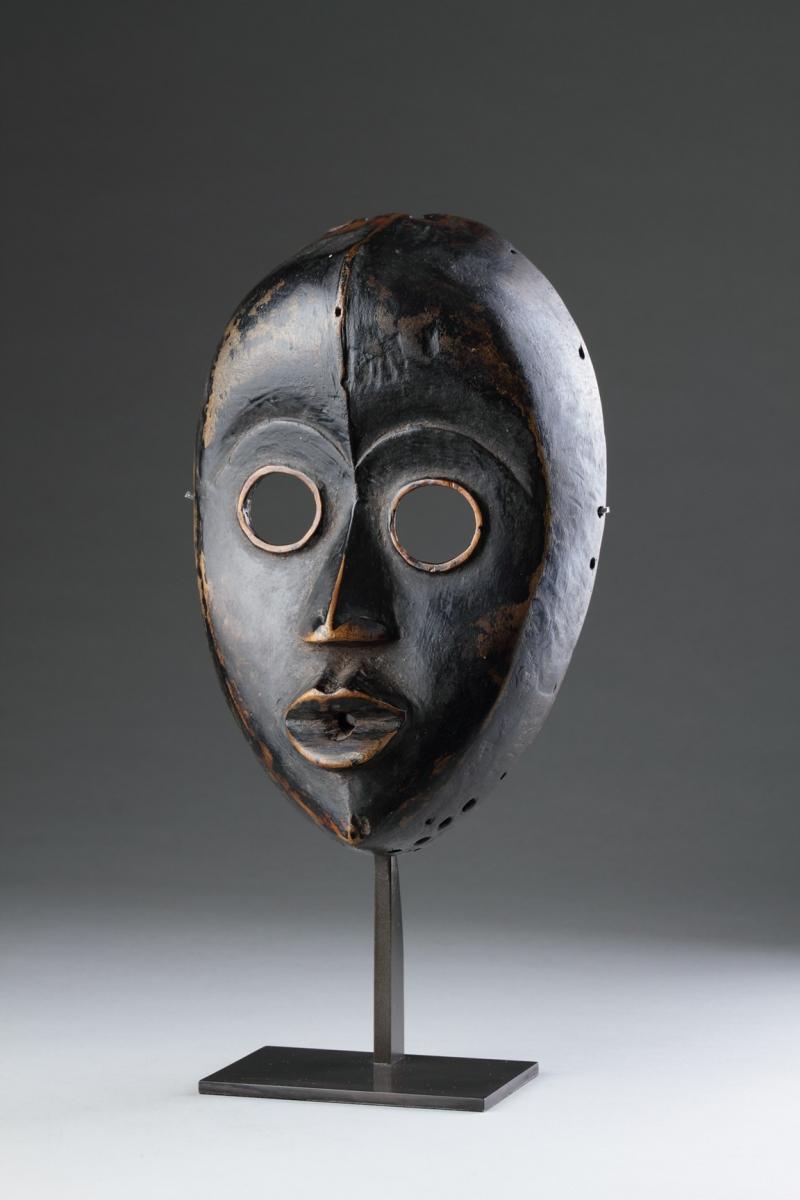 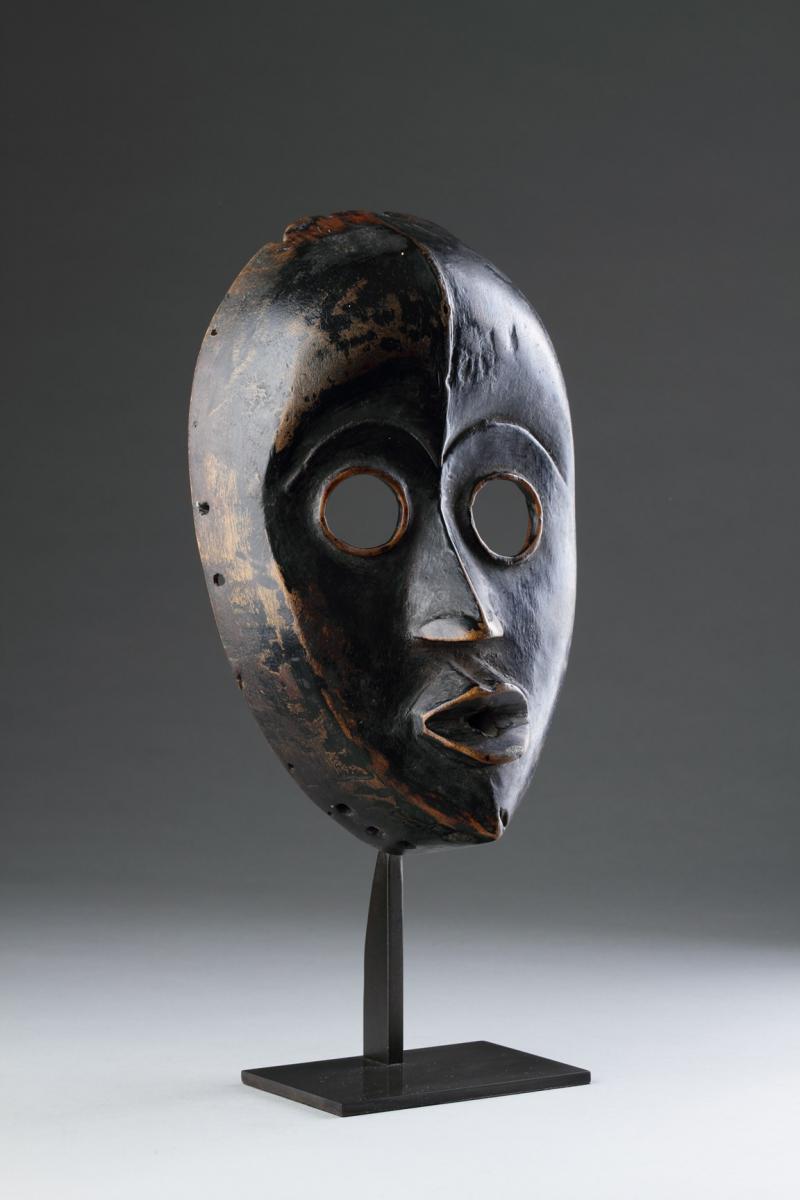 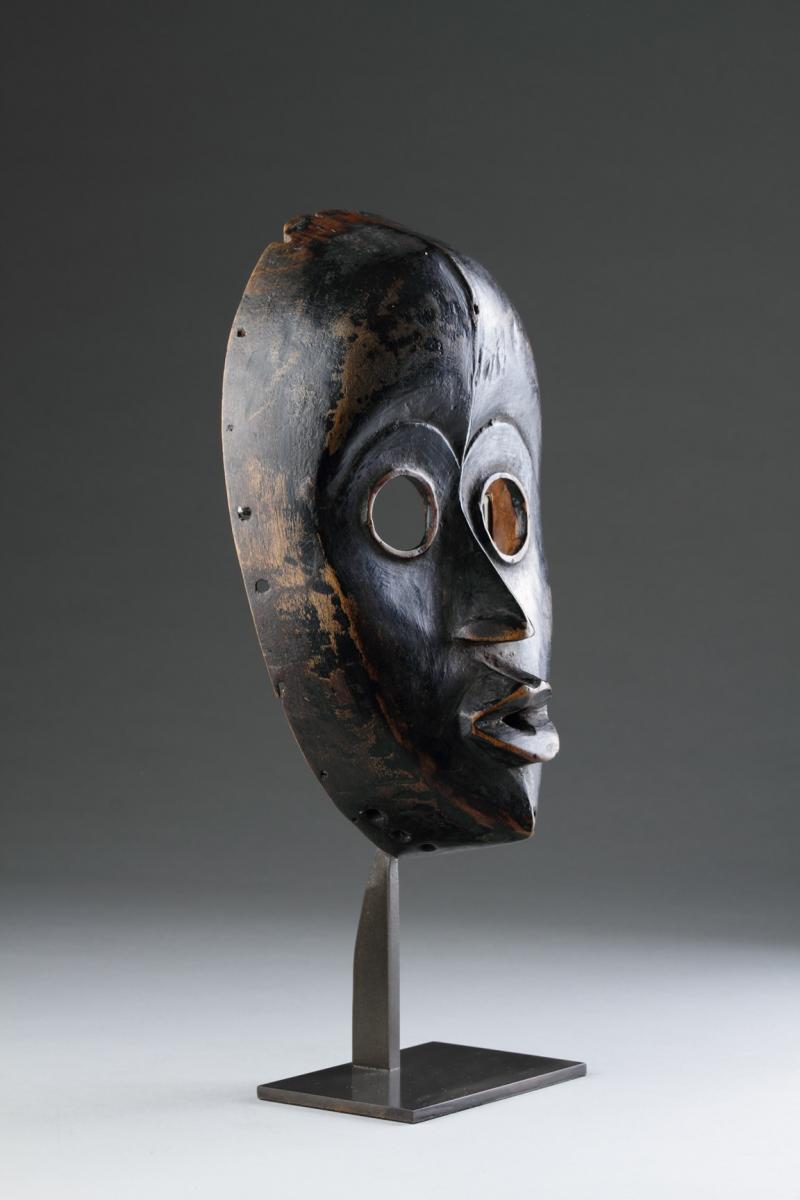 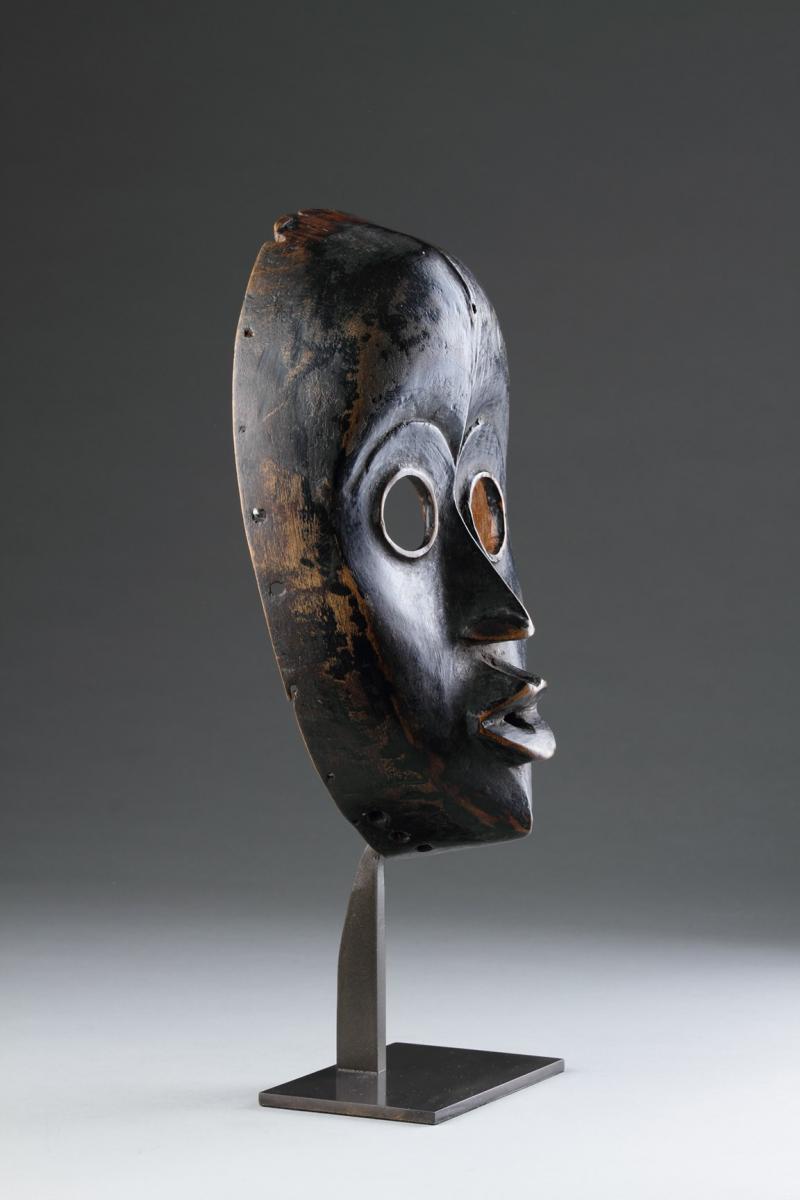 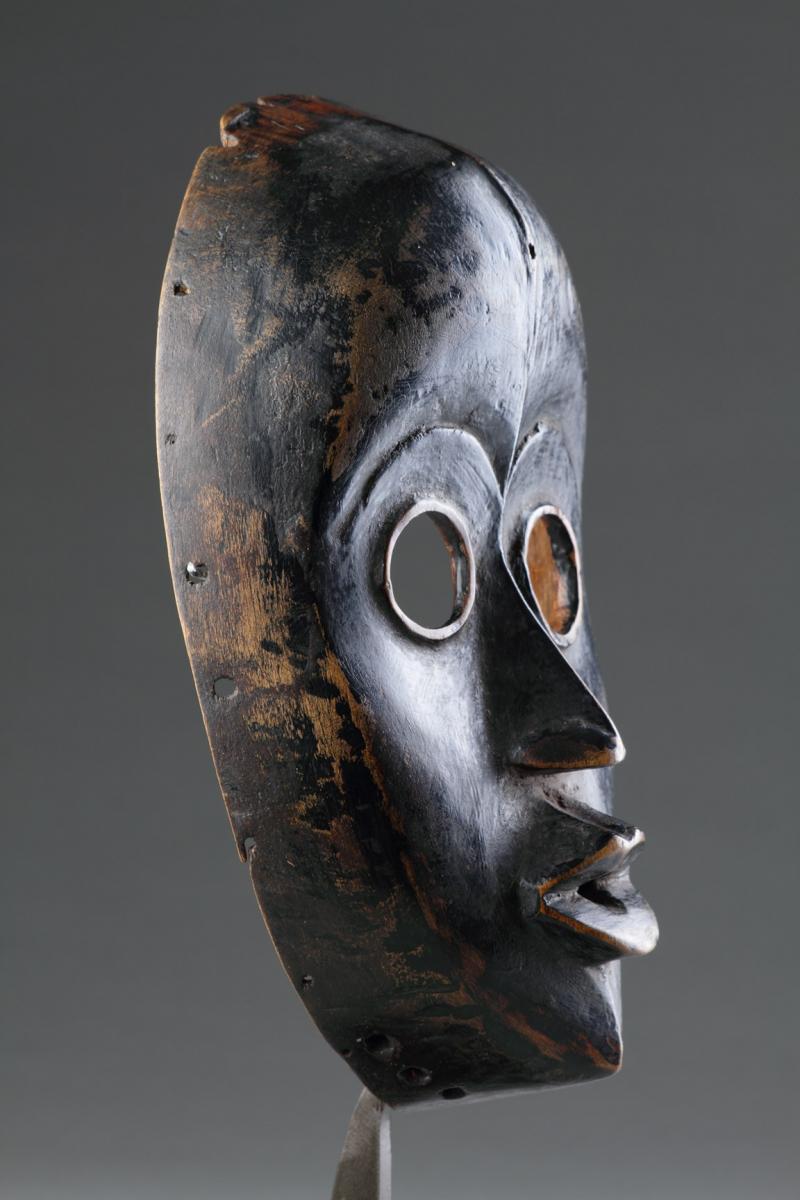 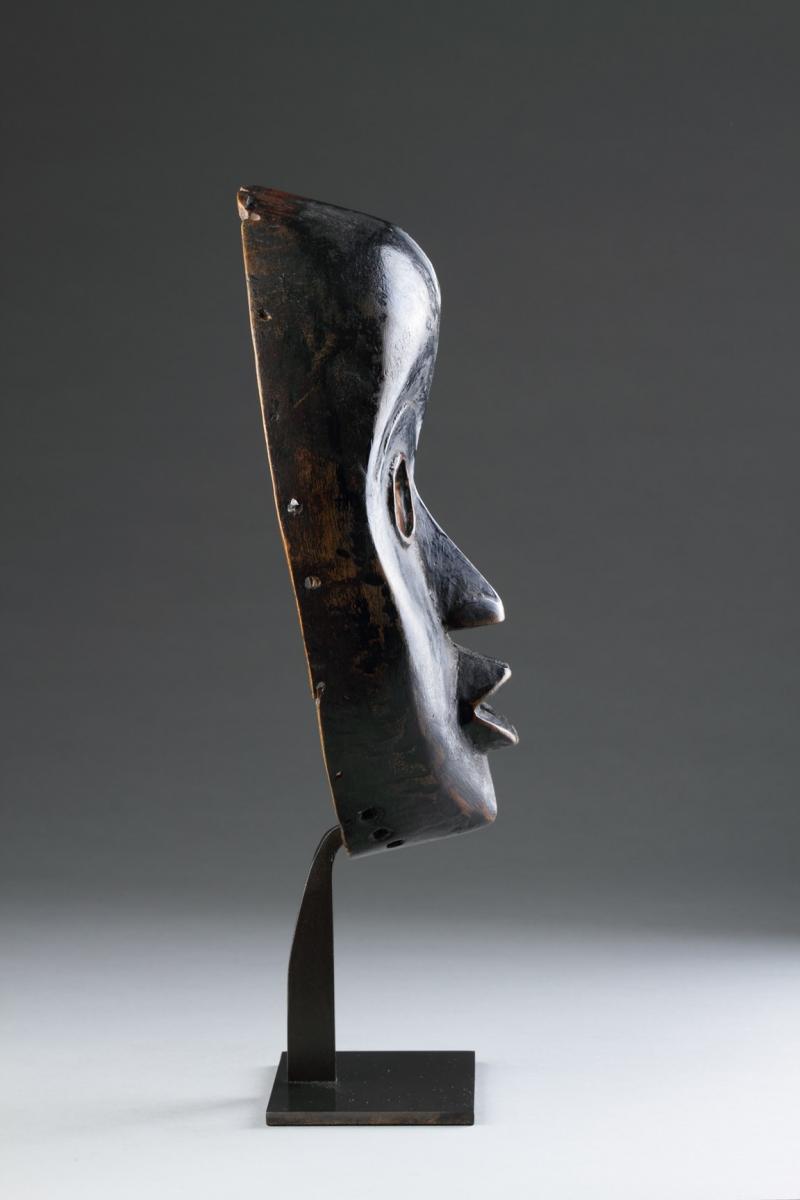 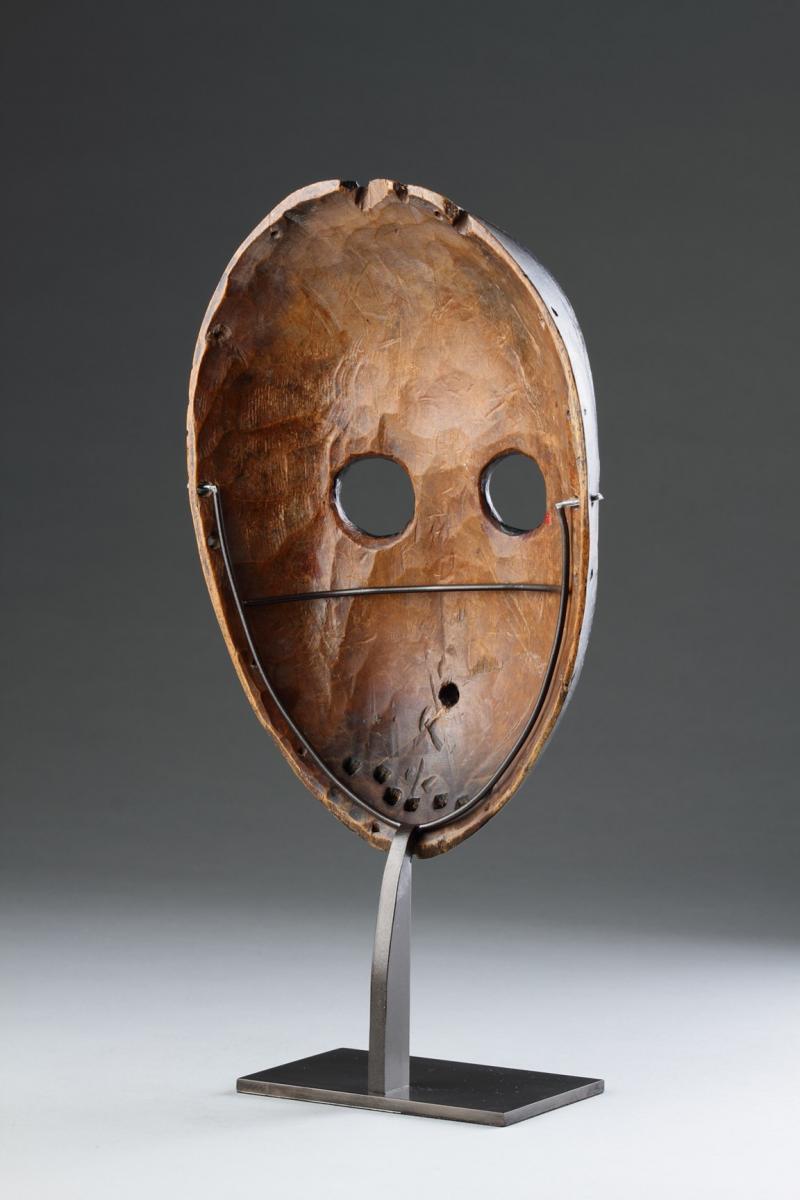 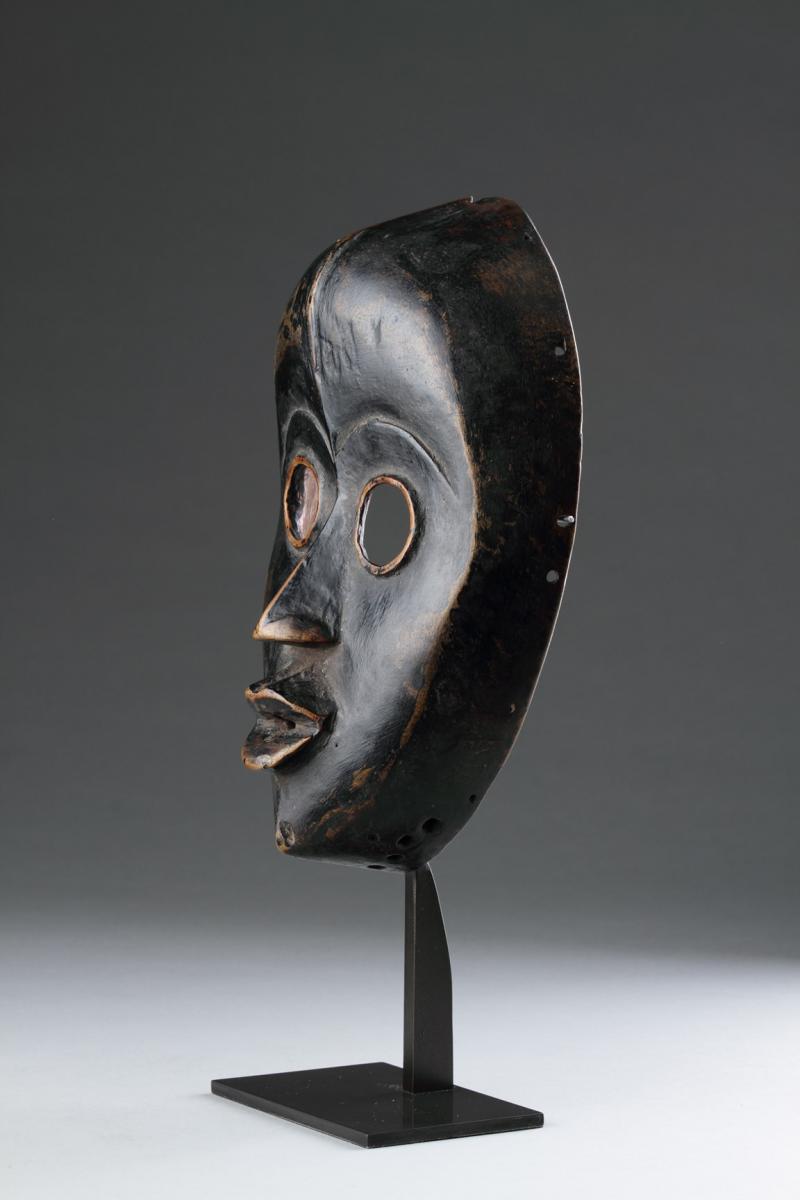 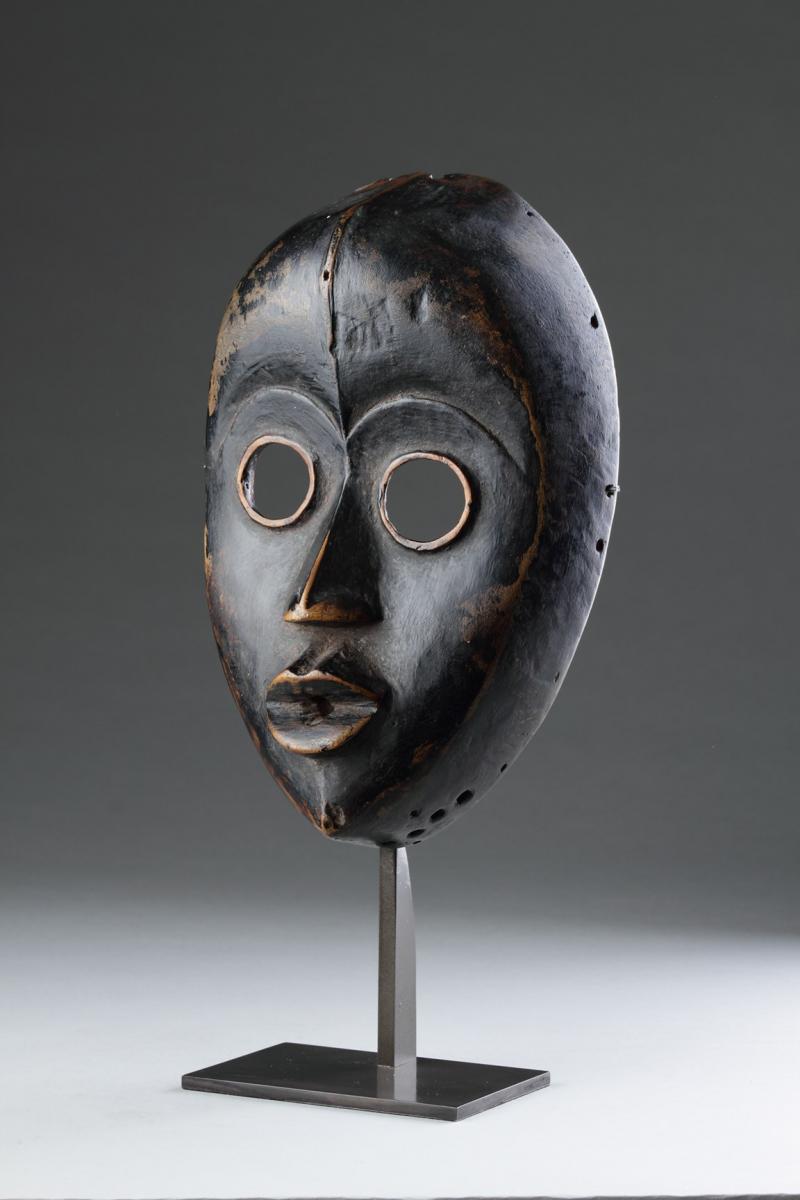 Smooth patination from use to the interior

Holes for a raffia beard to bottom of chin

Dan masks range in design from naturalistic to highly stylised and a bewildering variety of masks was used by the Dan for a great number of purposes.

Dan masks with large round open eyes such as this generally belong to one of two categories: ‘Zakpai ge’ masks have the responsibility of protecting the village against the danger of fire, while ‘gunye ge’ masks are worn in running competitions.

Both types have large eye holes which allow the wearer to negotiate difficult terrain when running. The ‘gunye ge’ mask is worn by the fastest runner in the community. When he is challenged, the competitor is given a head start and the race is run on a course laid out over rough terrain, rocks and sharp turns.

The ‘gunye ge’ is at a distinct disadvantage since even with large eyeholes, his vision is limited by wearing the mask. The ‘gunye ge' is deemed to have won if he is able to place his hands on the back and head of the challenger during the course of the race.

If not the challenger is awarded the right to wear the mask in the next competition. The ‘Zakpai Ge’s’ protective role was important in villages where houses were traditionally constructed with palm thatch roofs that could easily catch fire.

Once started a fire could wipe out an entire village. The danger was greatest during the dry season and especially in the afternoon when the wind tended to pick up. Strict regulations governed the hours during which women could cook with open fires.

If a woman had not finished her cooking by the time the winds came up the ‘Zakpai Ge’ was empowered to overturn her cooking pot and punish her.