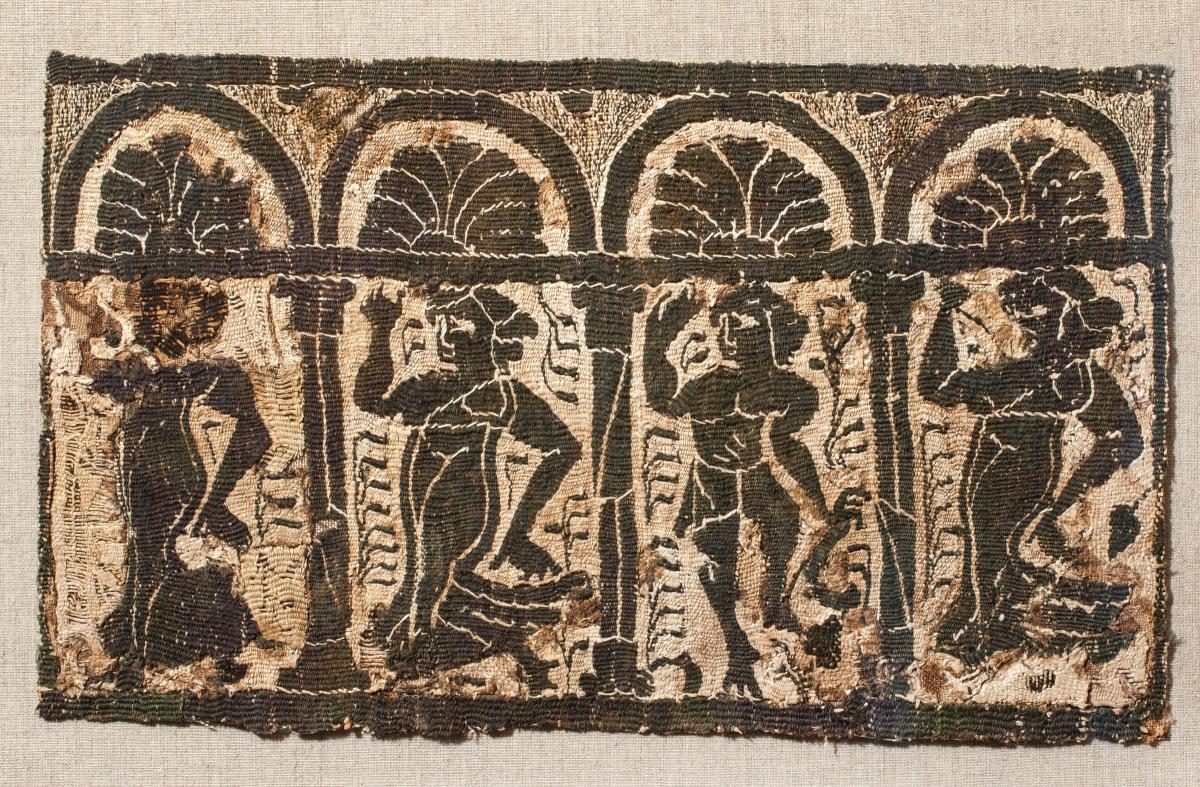 Three female and one male figure are shown dancing in procession, spaced amongst a series of aediculae, framed by ionic columns with fanned palmettes in the arches above.

One hand raised, the other bent downwards, the women wear sheer dresses that fully expose one of their breasts, whilst the man has a bare torso and wears a short cloth around his waist. In the arches above them are fanned palmettes. Some wear and staining, the losses made good from associated linens.

This is a very un-Christian motif, though common in Coptic art, often used for the yoke ornament of tunics. These figures are sometimes referred to as bacchantes and satyrs; their gestures and ecstatic movement indicate the excitement of the dance.

Others have suggested that, when received in a religious context, nudity is intrinsically linked with spiritual purity and that the architecture in the current example represents a side aisle of a church nave. 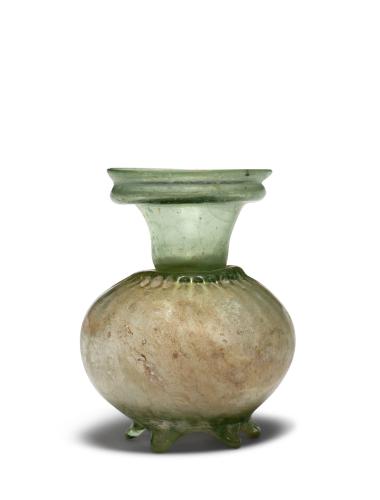 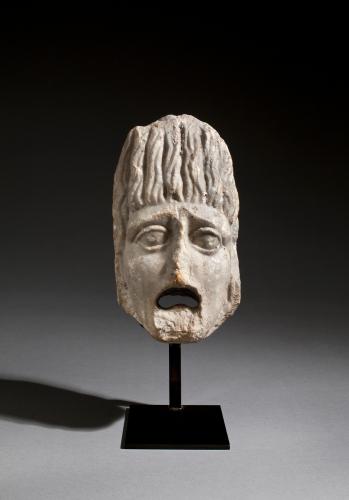 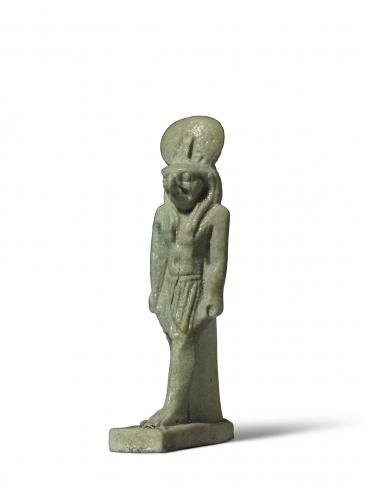