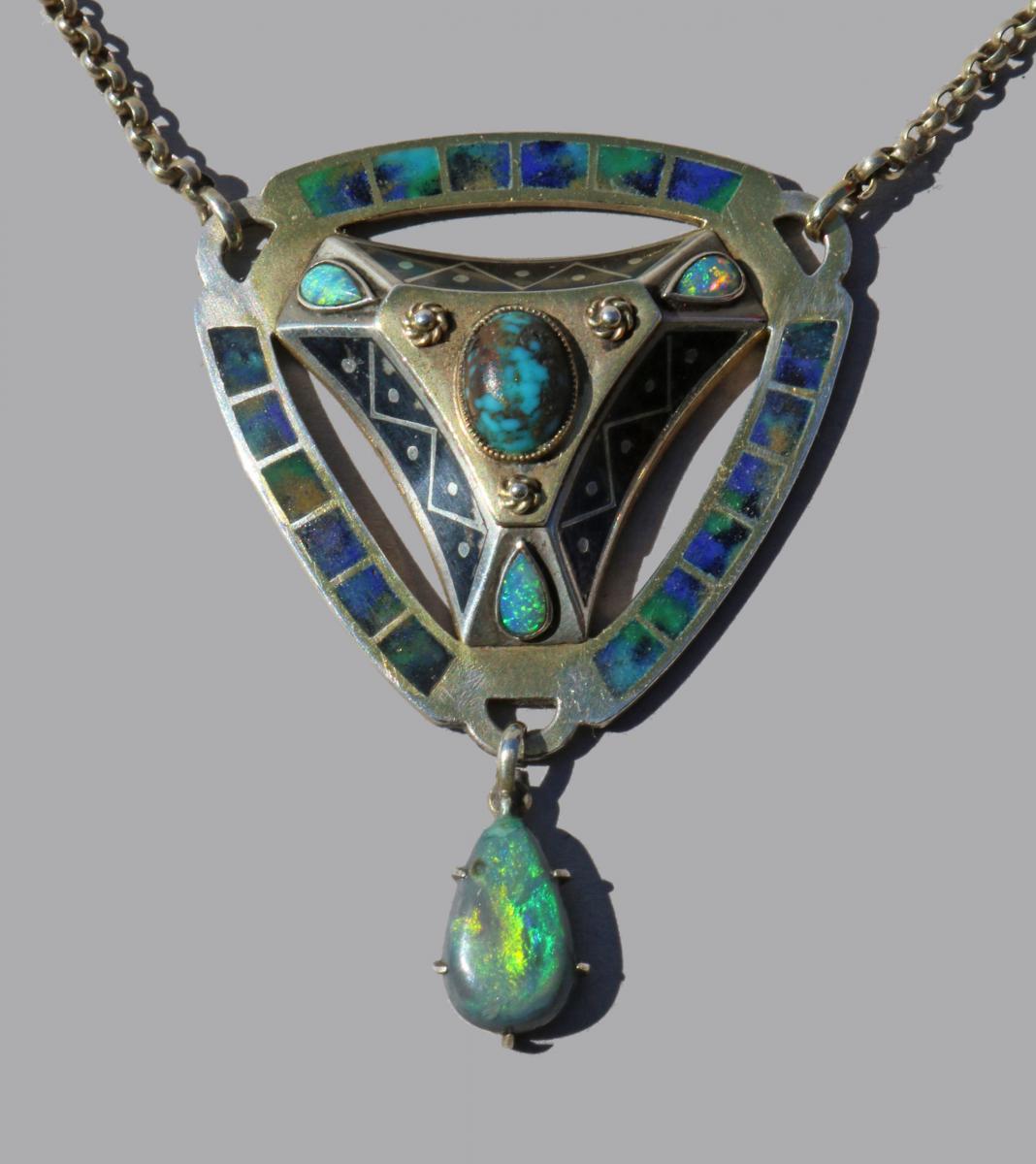 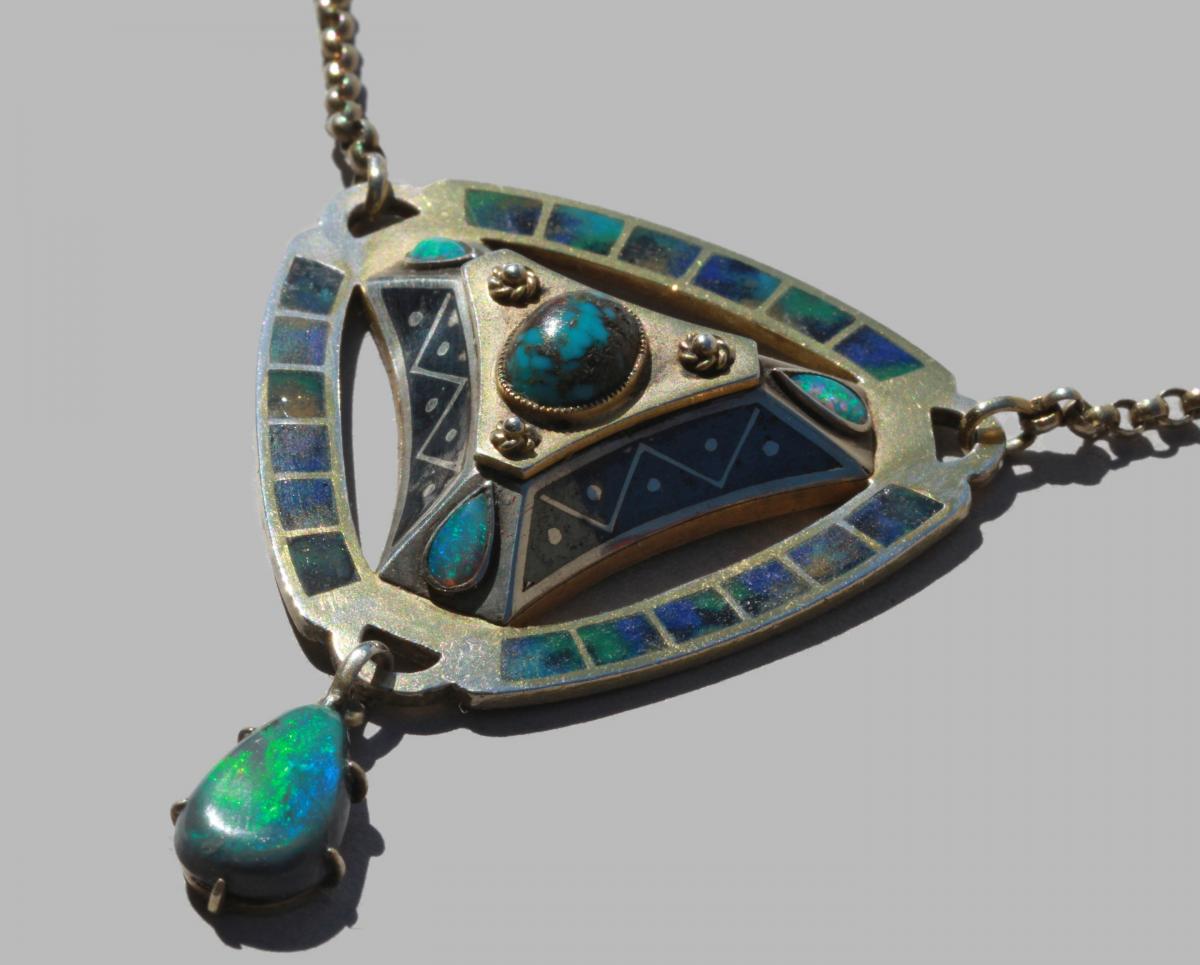 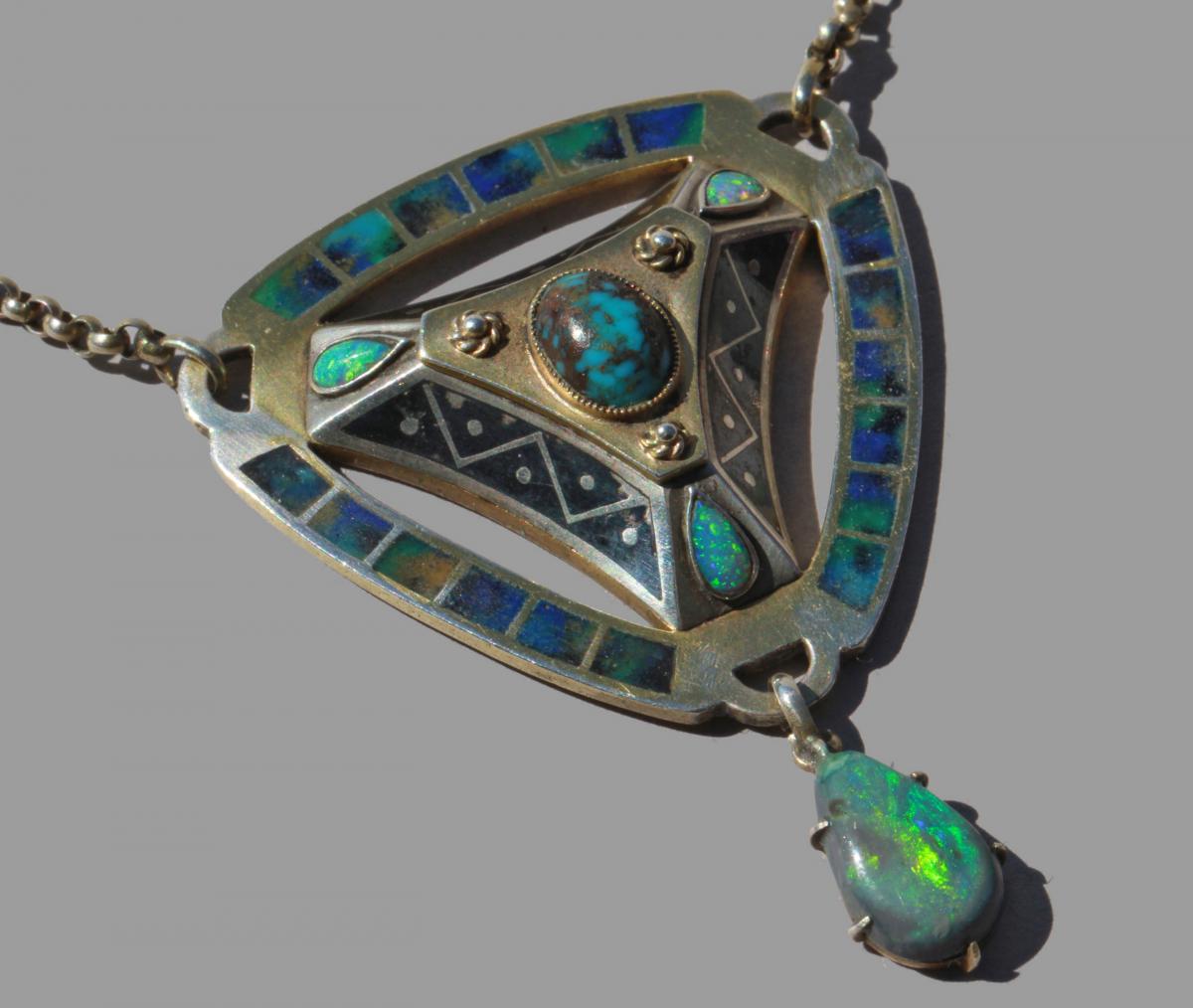 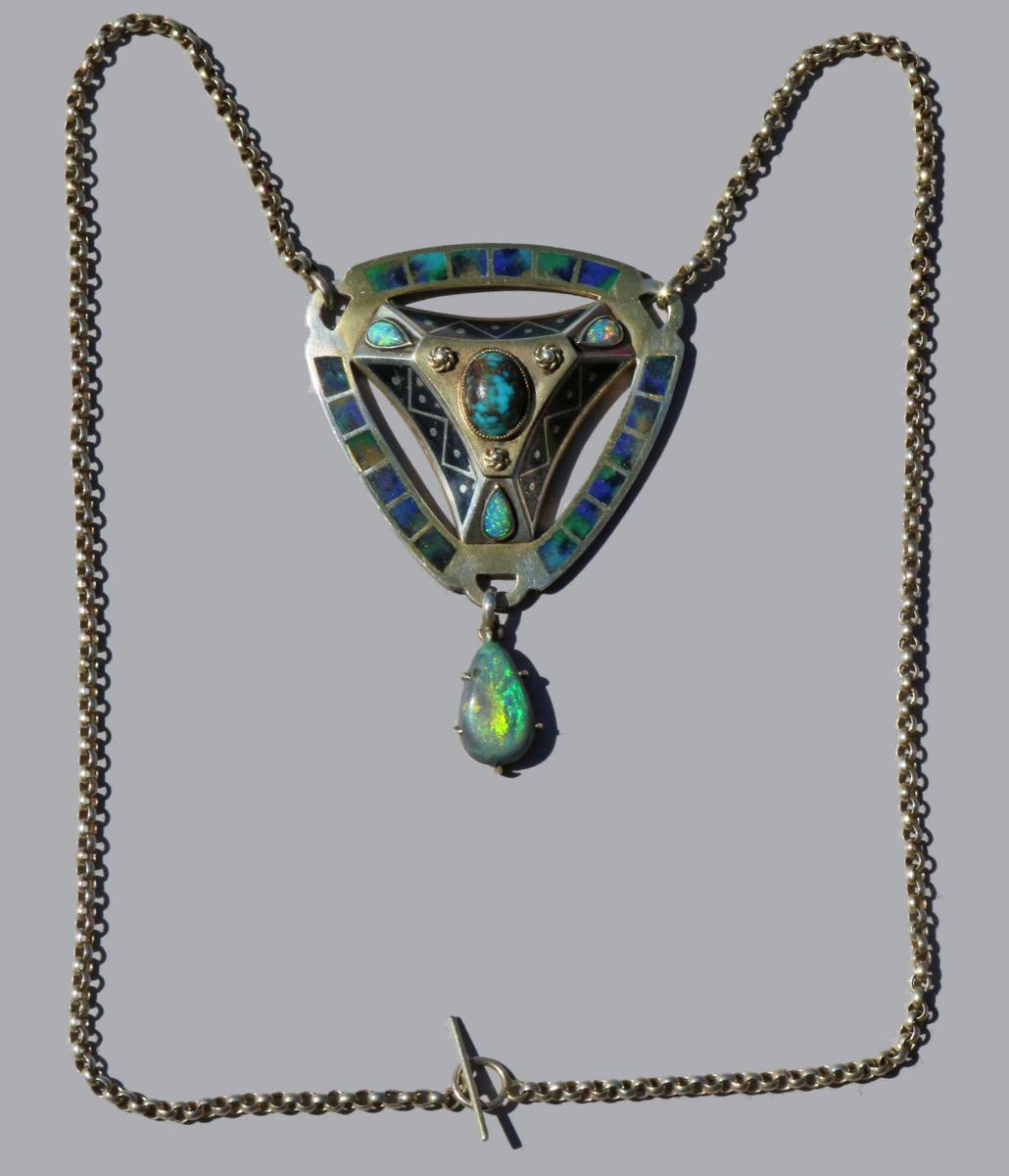 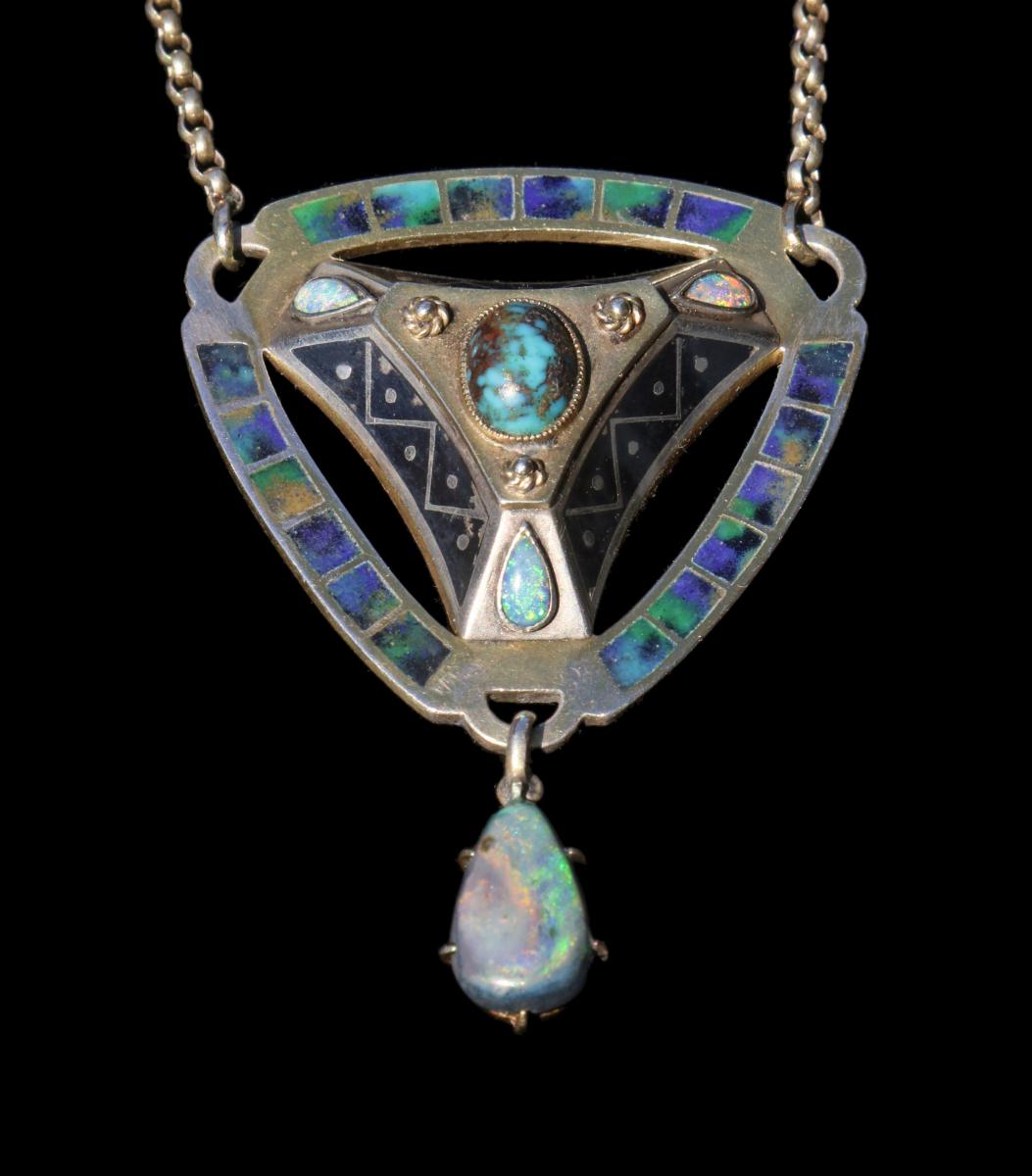 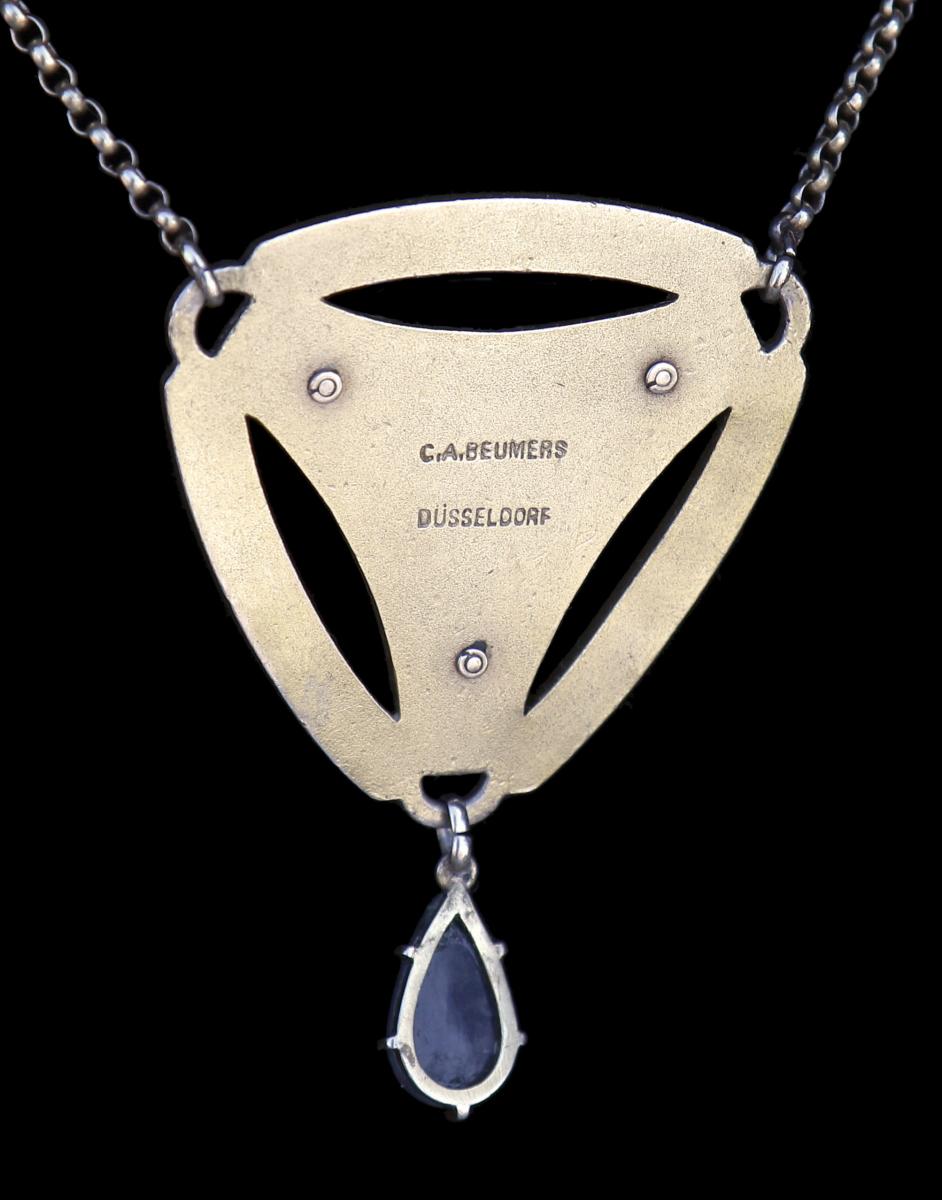 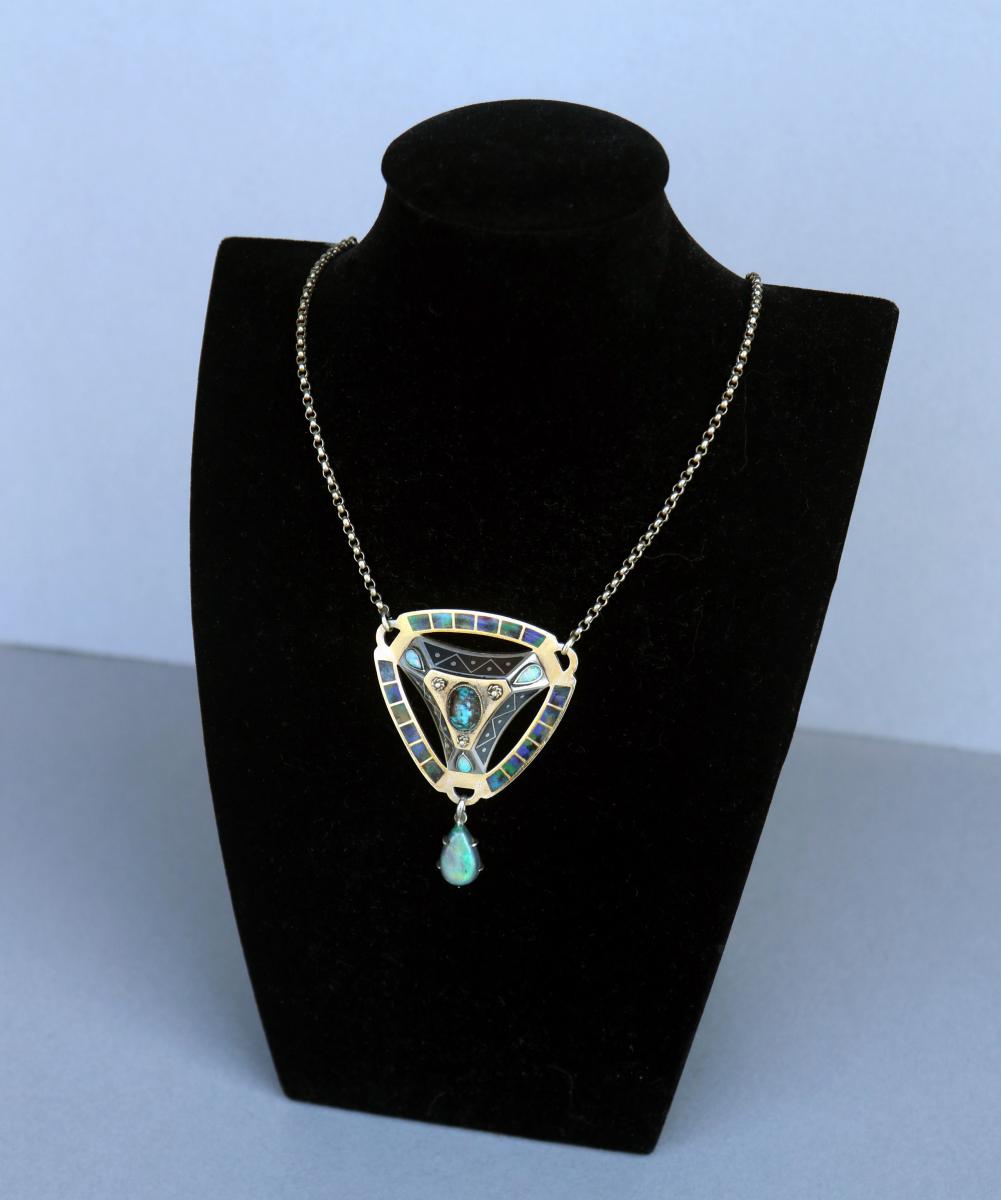 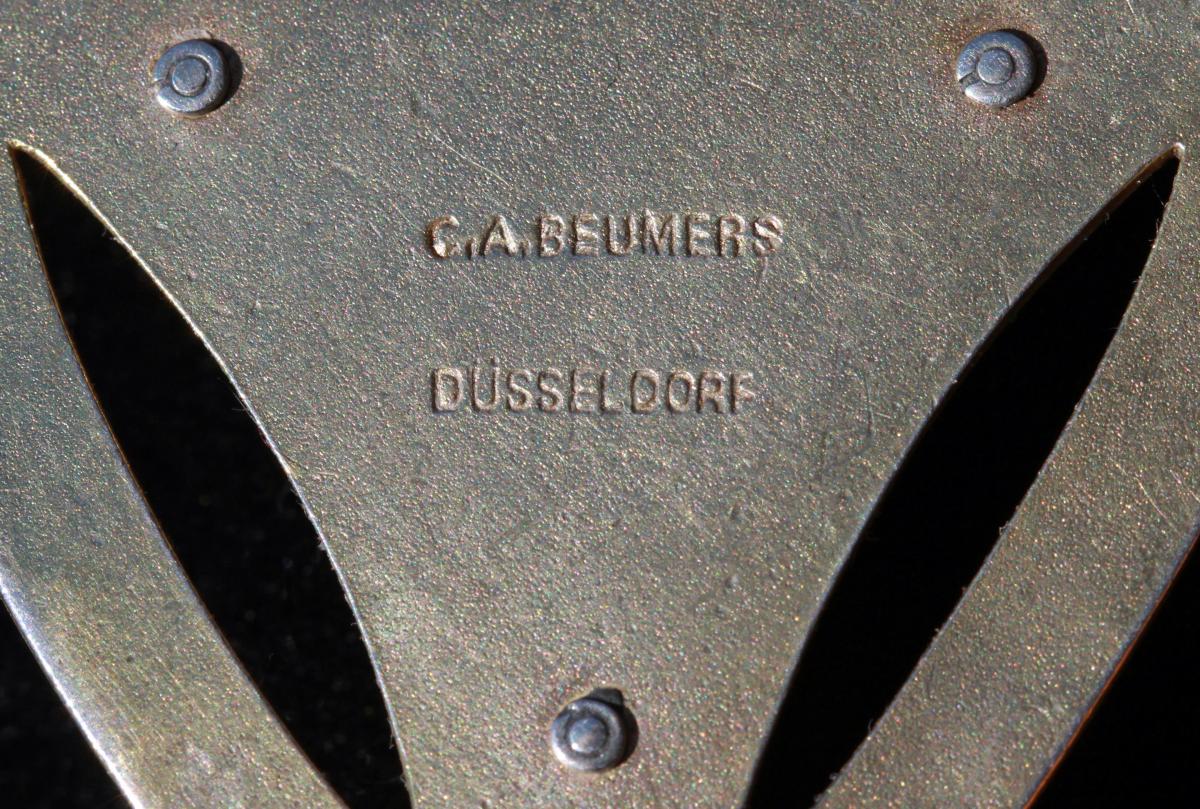 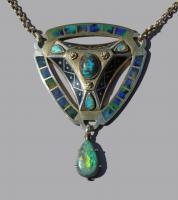 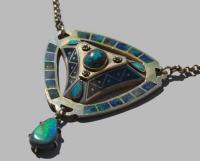 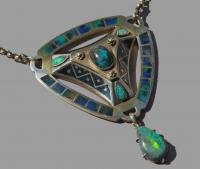 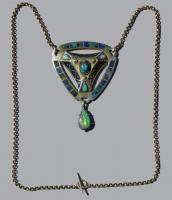 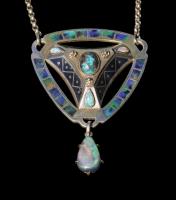 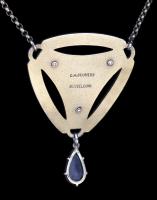 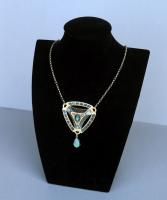 Jugendstil pendant in the Darmstadt tradition of a reuleaux triangle form by Conrad Anton Beümers with echos of Medeival Revival.
Gilded silver decorated with niello, champleve enamel and set with turquoise and opal.
A rare opportunity to acquire a jewel from the workshop of the Court Jeweler Conrad Anton Beümers of Dusseldorf.

Literature:
Literature: cf. The goldsmith Conrad Anton Beumers 1837-1921, Dusseldorf 1987, p 19, which illustrates his art nouveau shell in the collection of the Düsseldorf City Museum...
In the 19th century Conrad Beamers workshop initially made sacred works for the whole Rhineland - including the monstrance for the Düsseldorf Andreas Church and St. Kunibert in Cologne.
Around 1900, his son Paul 1865-1950 designed impressive and imaginative art nouveau designs & was awarded the Gold Medal of the St. Louis World Fair in 1904.
From 1913 C.A. Beumers held the title of court jeweler of the Emperor.
His clients included the Imperial and Royal Highnesses of the Crown Prince and Princess of the German Empire and of Prussia.