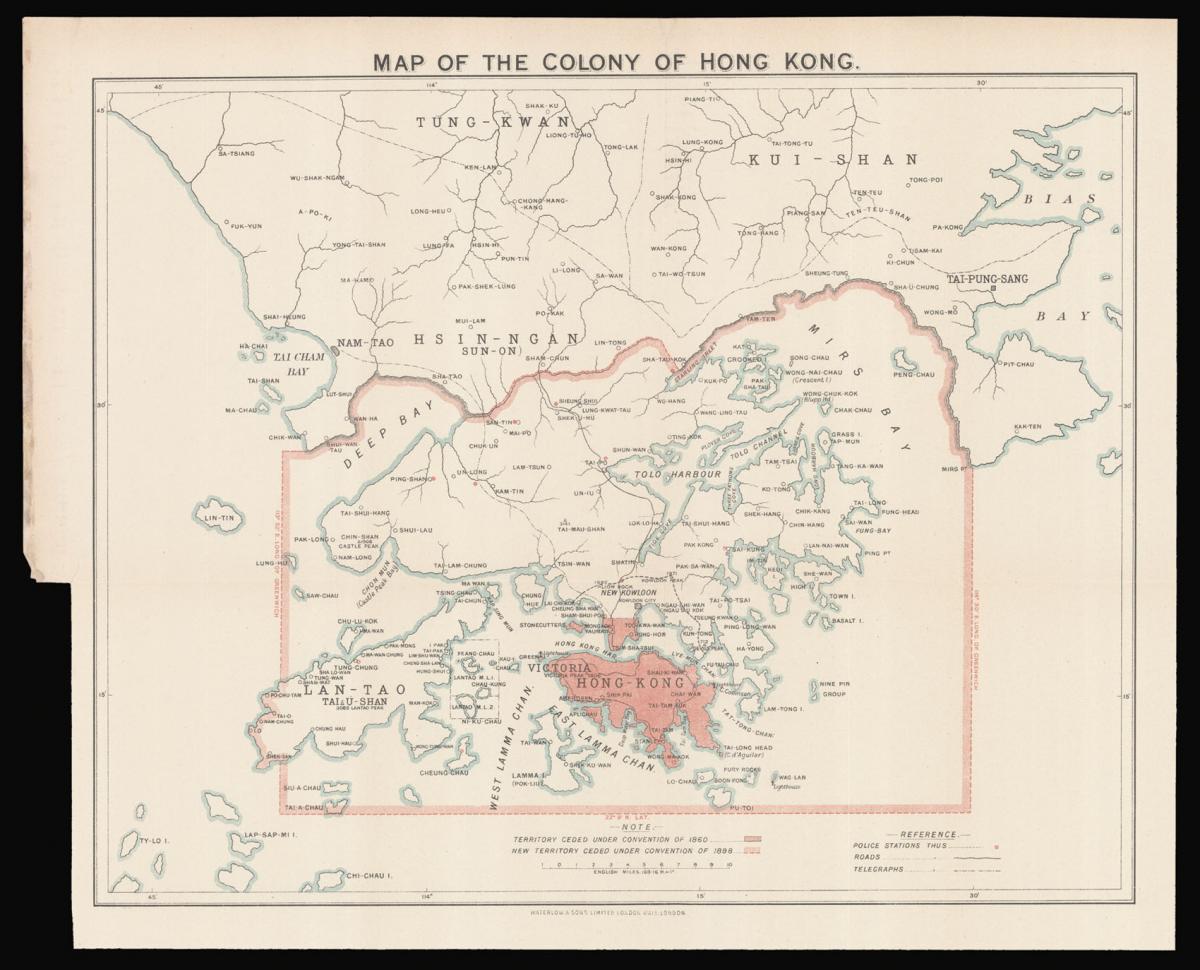 Title Map of the Colony of Hong Kong.

A map of the former British colony of Hong Kong. There are two keys at the lower margin. The smaller area shaded fully in red on the map shows territory ceded to Britain by the Chinese government under the Convention of Peking in 1860, after the end of the Second Opium War.

This gave Britain the area south of Boundary Street on the Kowloon Peninsula rent-free, on a perpetual lease. In 1898, a further Convention was agreed that gave Britain a further stretch of land north of Boundary Street to the Sham Chun River, with over 200 nearby islands. This area, outlined with a red dashed line, was known as the New Territories. The lease on the New Territories expired at midnight on 30 June 1997.

The map was printed by Waterlow and Sons, a leading British printer specialising in currency and stamps, who were susbsequently involved in the Portuguese Bank Note Crisis in 1925, when they were tricked into printing forged Portuguese bank notes by the fraudster Artur Alves Reis.