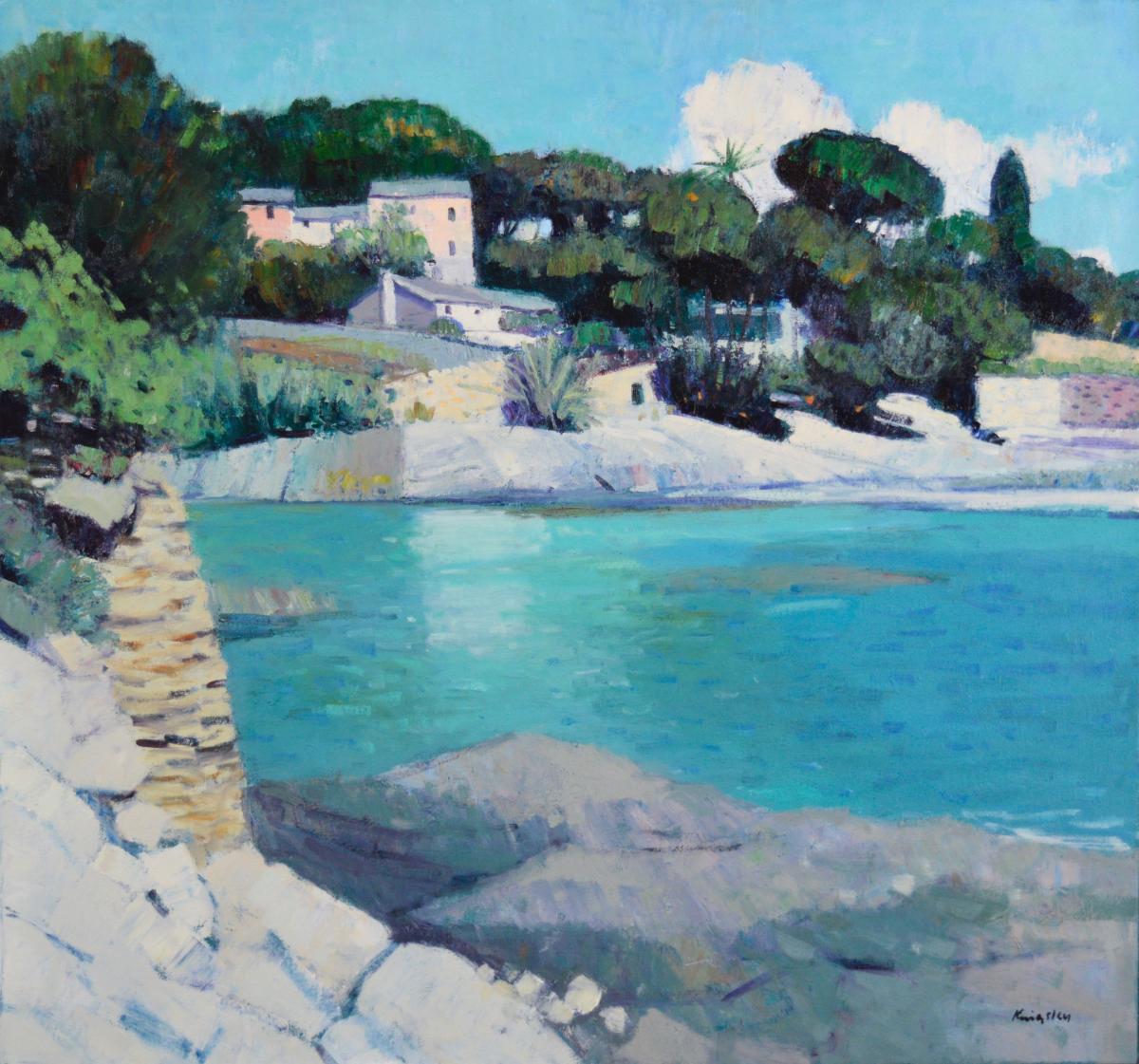 John Kingsley was born in Glasgow in 1956 and studied drawing and painting at Glasgow School of Art from 1973-1977 under James Robertson, Geoffrey Squire and David Donaldson.

Initially he started out teaching, but he has now been a successful full-time painter for over 25 years exhibiting his work at galleries throughout the UK and at the Royal Glasgow Institute (from 1975), Royal Scottish Academy, Royal Scottish Society for Painters in Watercolour and Paisley Art Institute.

Among many other awards, John has won the William Bowie Landscape prize (1991), the Mary Armour Award (1992) and the Paisley Art Institute prize (2003) and he has been a finalist in the Hunting Art Prizes on five occasions.

In 1999 he was awarded the Diploma of the PAI and more recently in 2015 he was elected member of the Royal Scottish Society of Painters in Watercolour.

For John Kingsley the expression of colour is instinctive. His paintings use colour as the principal means of expressing forms, light, texture, and above all, creating harmony in his compositions.

His works are held in many public and private collections including HRH the Duke of Edinburgh, Argyle and Bute District Council, Royal College of Physicians and Surgeons, Glasgow and in Belgium, France, Luxembourg, Sweden, Canada and USA.

He lives and works in Glasgow.