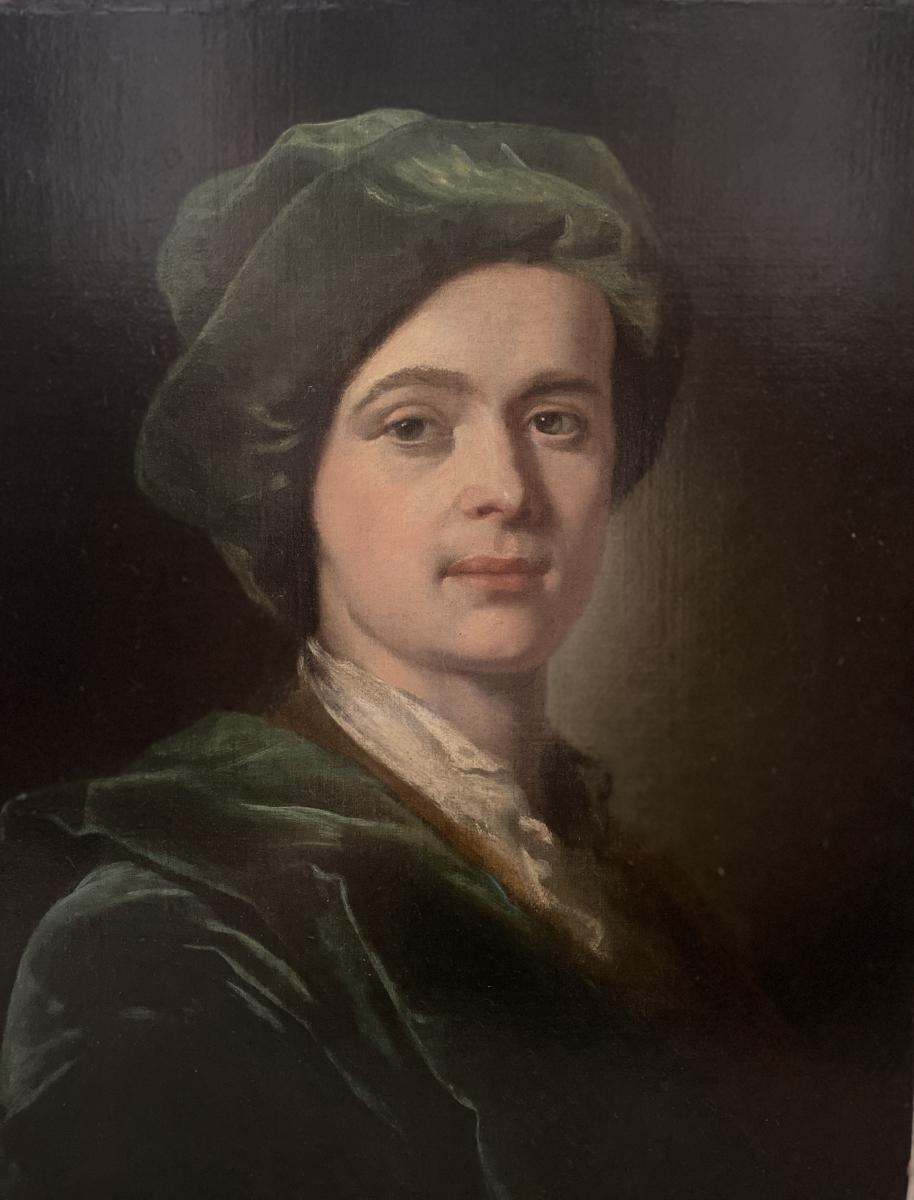 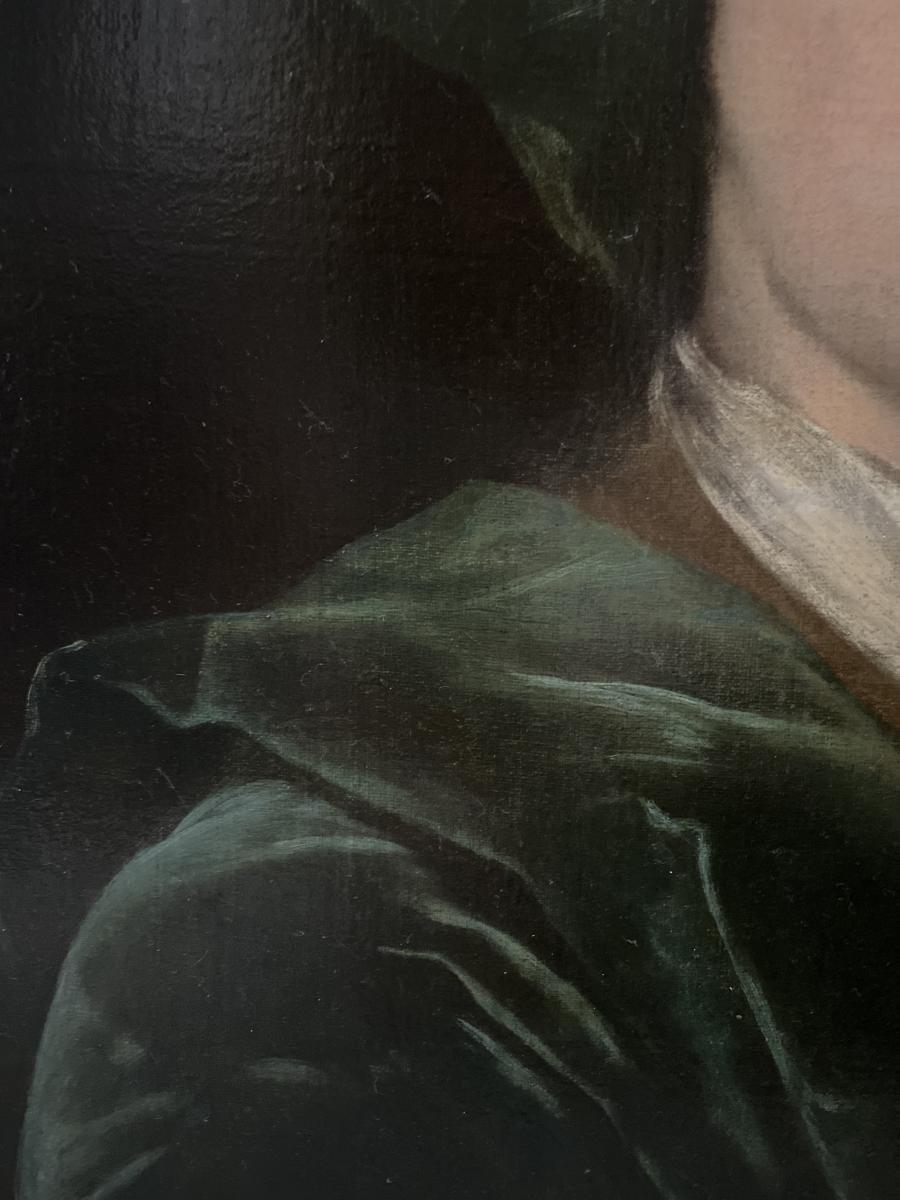 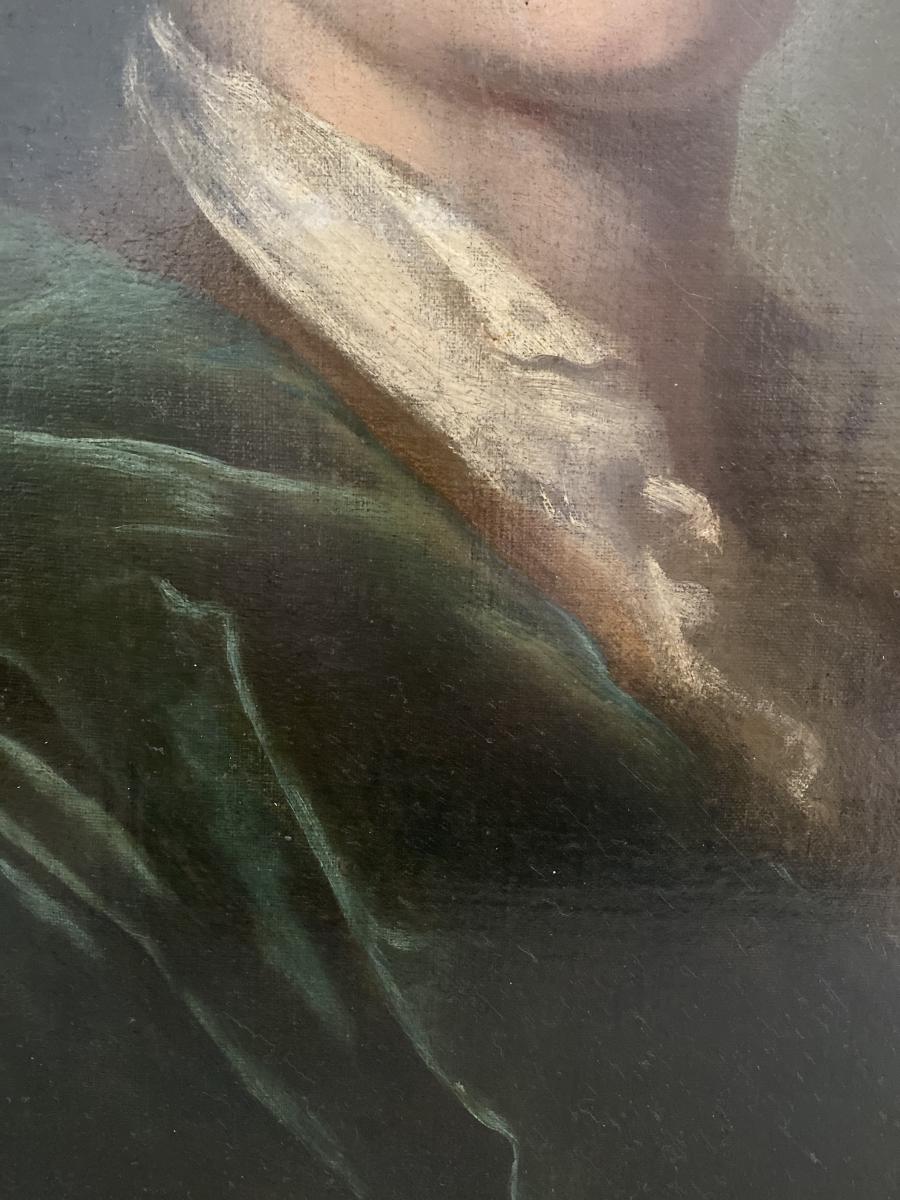 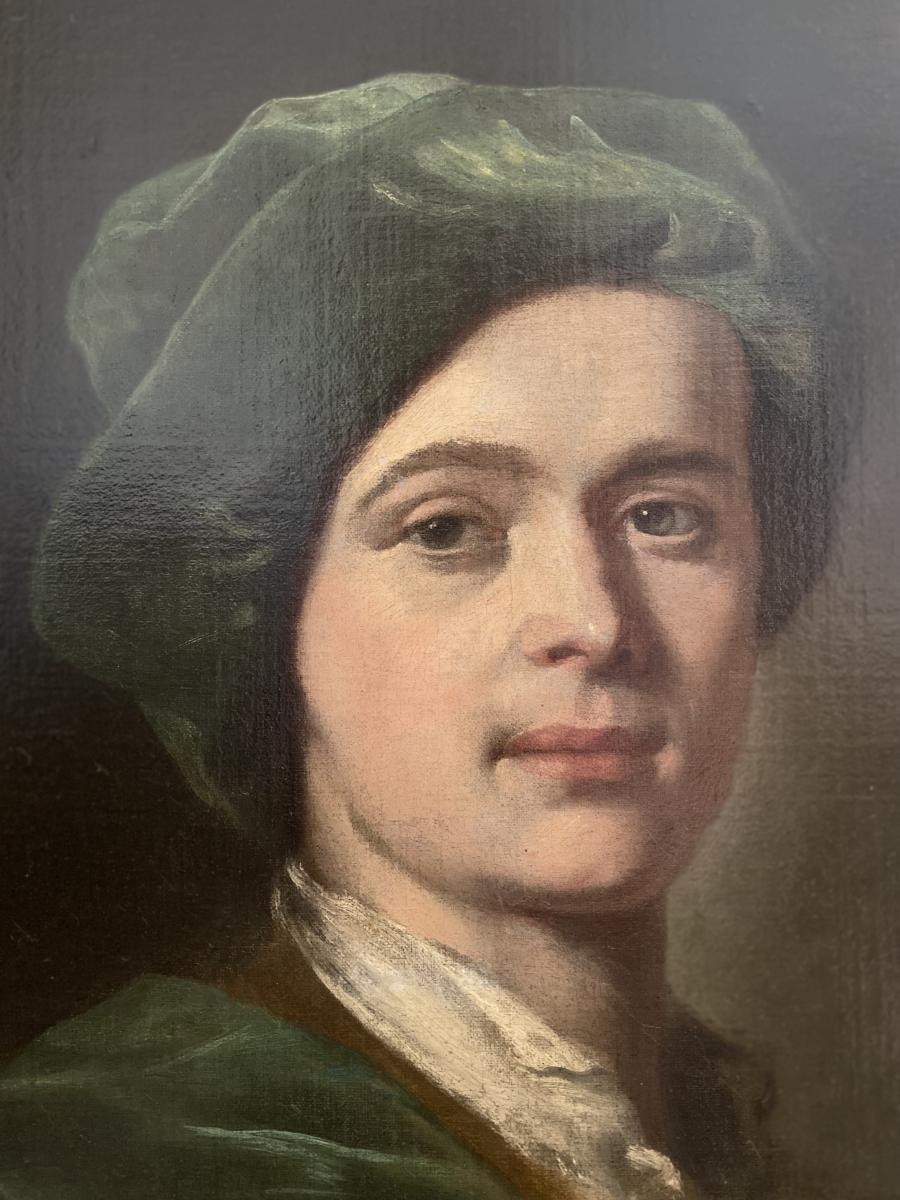 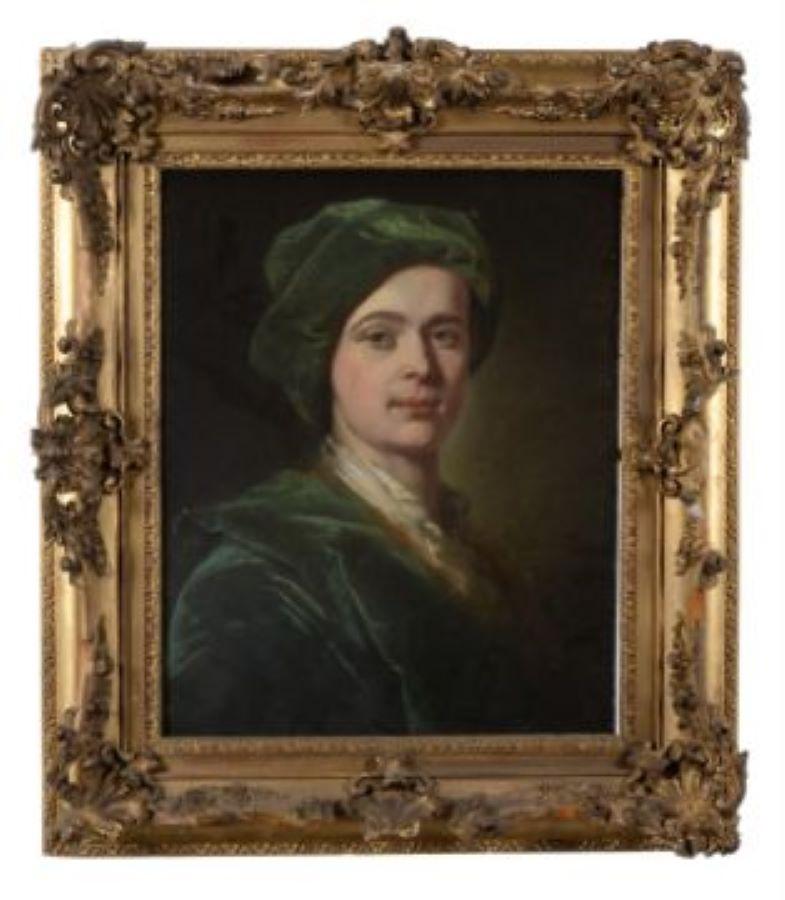 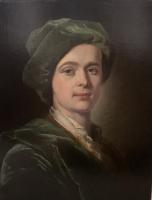 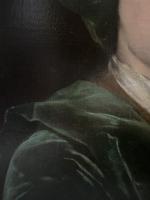 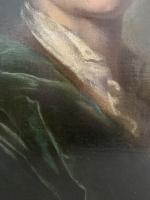 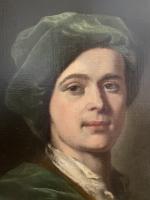 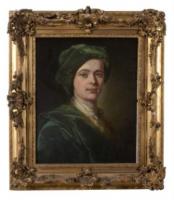 Circle of William Hogarth (London 1697-1764). Portrait of a gentleman, possibly a self-portrait, half-length, wearing a rich emerald green velvet banyan and cap.c. 1715. This  painting was sold in 1934 by the American Art Association as a self-portrait by artist  William Hogarth (1697-1764), and is certainly in the style of Hogarth or quite possibly of his teacher, John Vanderbank (1694-1739), although an exact attribution is currently unconfirmed.

The banyan worn by this young man was considered typical informal day wear for educated men of leisure and was a loose flowing robe that provided a welcome relief from the period’s often constricting coats. It was inspired by styles from Japan, China, and India, which at the time had become fashionable in England thanks to the Dutch East India Company. The name “banyan” is actually an anglicised version of a Gujarati word for “trader.”

William Hogarth was born in London in 1697 and was an English painter and engraver. He first trained as an ornamental engraver and began his career with satirical prints. He was a skilled draughtsman and attended the St Martin Lane painting academy founded by John Vanderbank and Louis Cheron where life drawing classes were held. Portraits by Hogarth are characterised by his use of loose brush strokes applied in a free flowing style and in his bold mixing of colour liberally applied to create texture and shadow. Hogarth painted several self-portraits and the diagonal scar over his right eye from an injury sustained in his youth is discernible in some of these but not in all known portraits of him, which may be one reason why the old attribution to Hogarth of this particular portrait is under question. His finest portraits, mostly busts, date from the 1740's and in 1740 he presented his celebrated portrait of Captain Coram to the newly established Foundling Hospital in London.