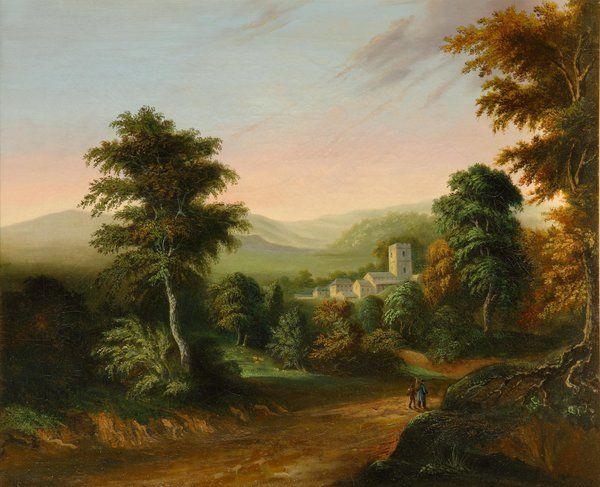 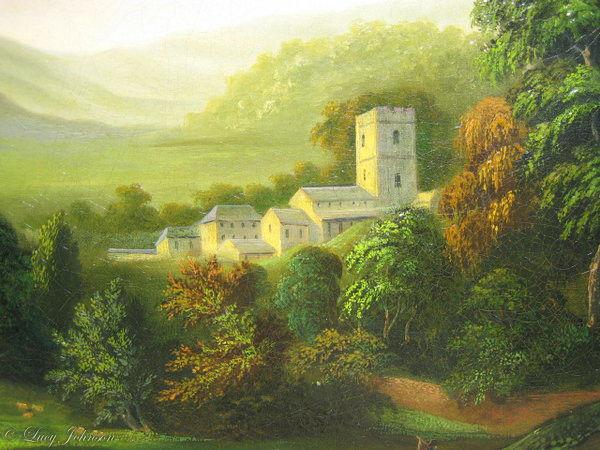 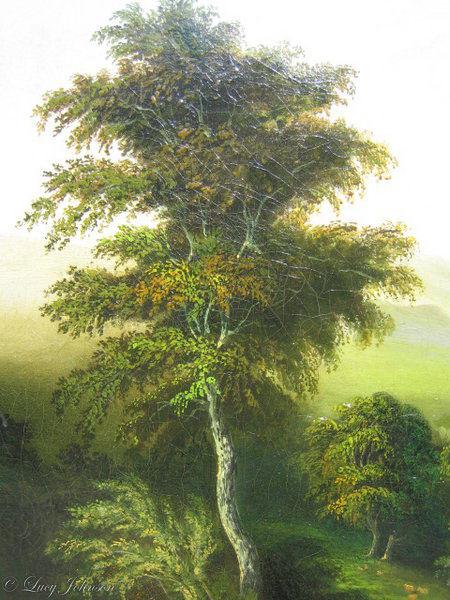 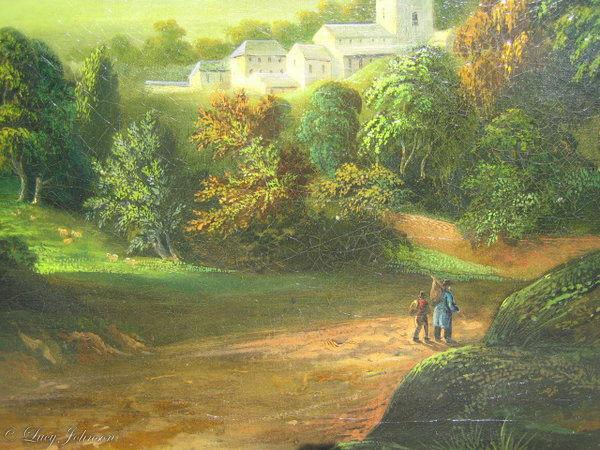 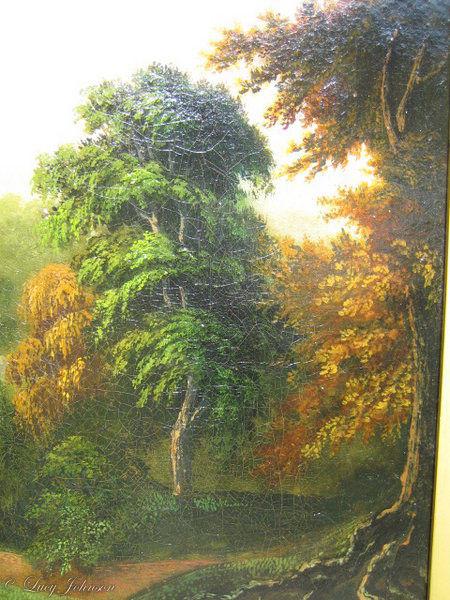 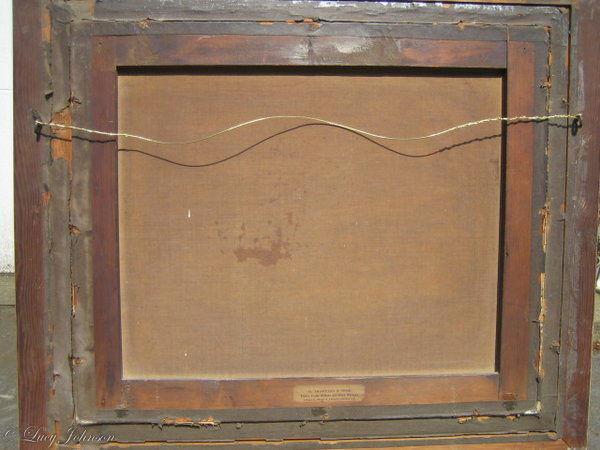 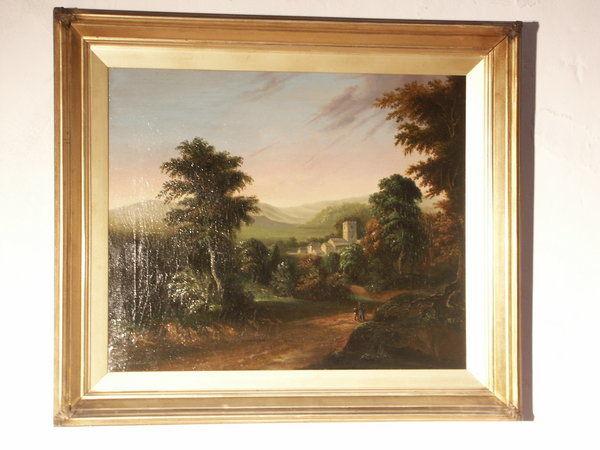 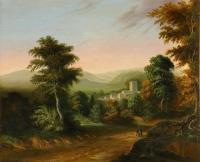 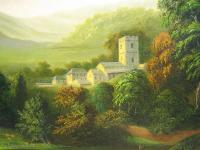 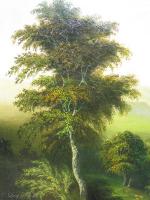 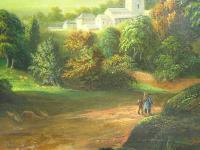 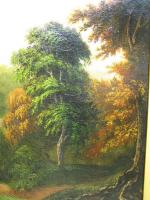 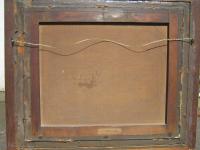 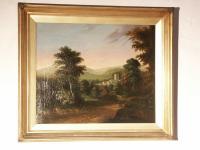 An upland landscape with figures on a path in the foreground, monastic buildings beyond. Oil on canvas. In original frame. Cleaned, some restoration. 1778.

From or inspired by the picturesque, middle phase of the artist's career beginning circa 1820 which is marked by a move away from specific topographic views towards more imaginary, idealised landscapes. There are two examples of this style in the National Gallery of Ireland, Homeward Bound and Landscape with Figures and Sandbanks. John Hutchinson summarises the style of such pictures as being "delightfully atmospheric" and expressing "a warm, idealised conception of the countryside." They usually include one or two human figures, as we see here which, though small, are placed so they can act as a focal point to lead the eye into the work. Hutchinson suggests that during this middle period, O'Connor was greatly influenced by the paintings of 17th-century Dutch masters such as Hobbema and Ruysdael.

Characteristically this work has a quiet quality and "it is this quietness which pervades much of his work early and late and which gives his oeuvre its unity." This work is unsigned and therefore attributed as 'circle of'. 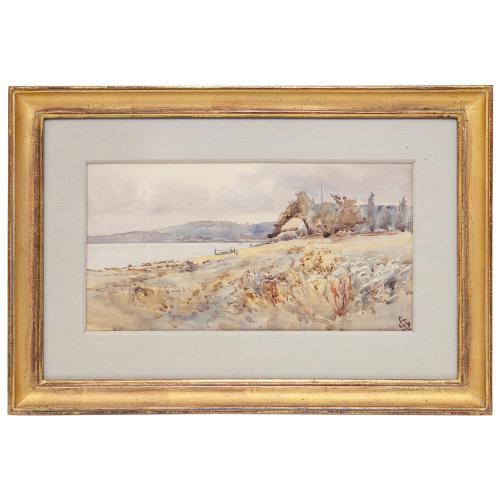 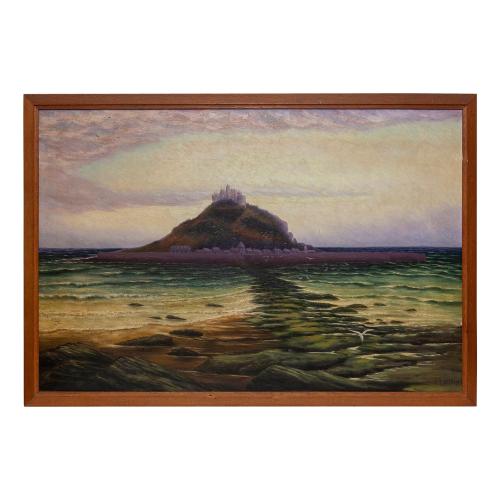 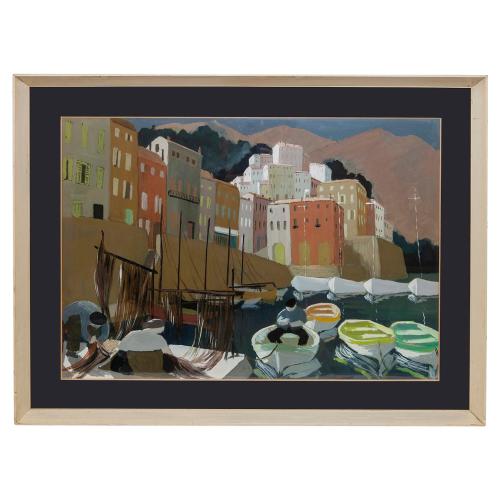