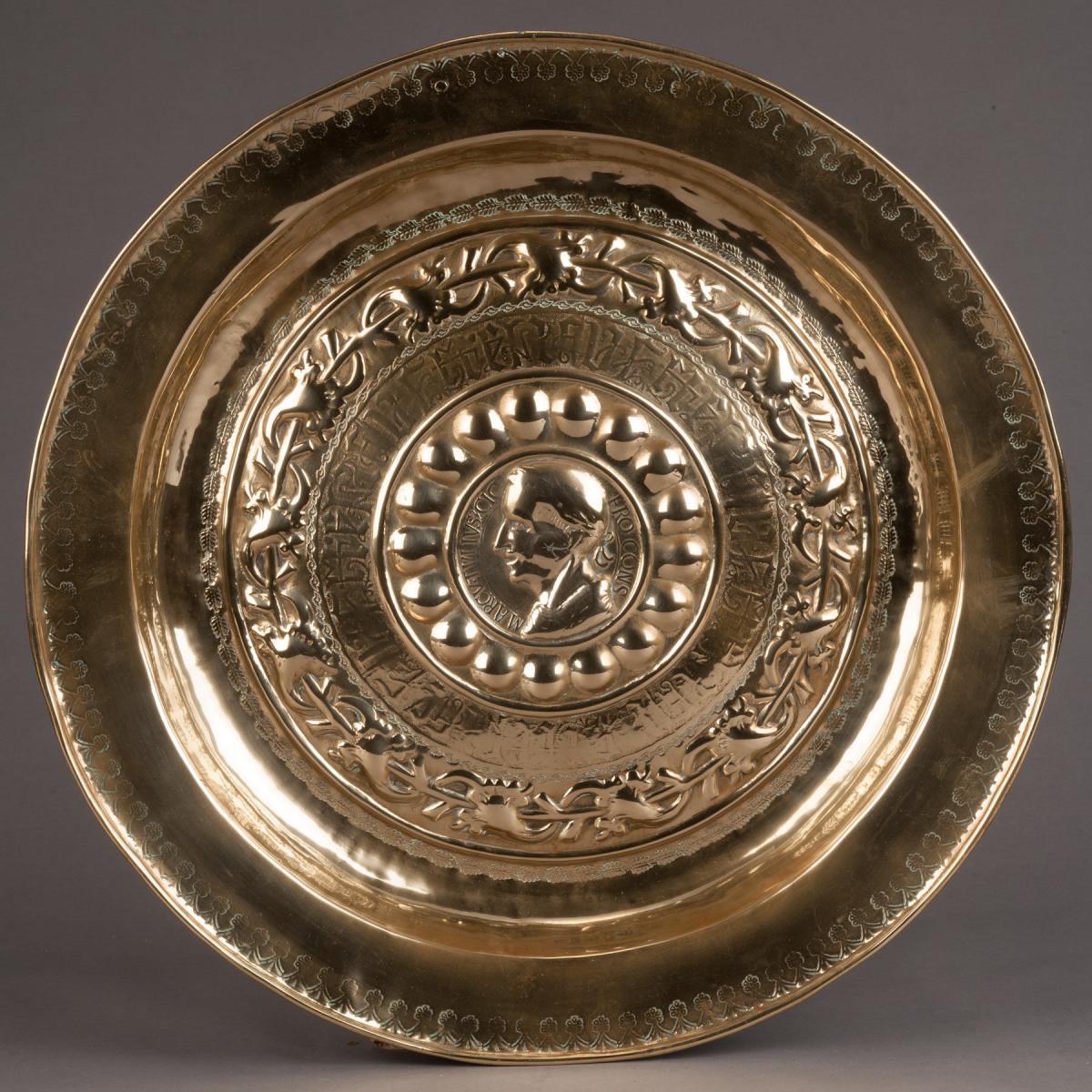 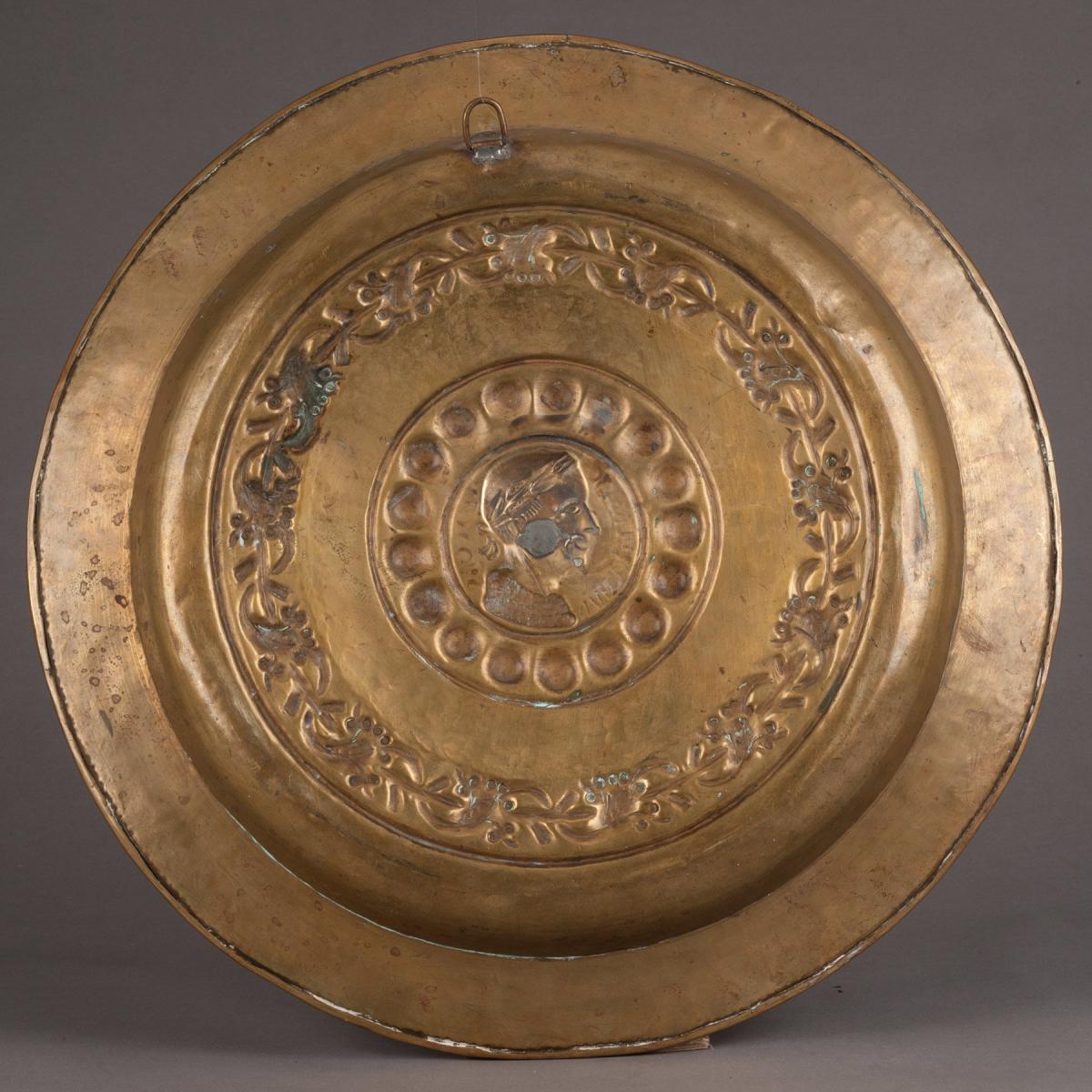 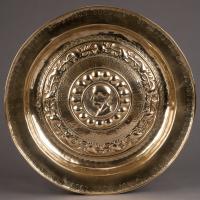 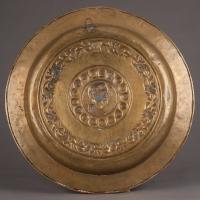 A Northern European hammered brass dish, German or Flemish, dating from 1550-1600, centred with a head of Cicero, (106-43 BC), the Roman statesman, lawyer, scholar, and writer, here surrounded by an inscription.

The subject matter usually found at the centre of these dishes fell into one of three categories: scenes from classical antiquity, themes from the Old or New Testaments, or allegorical figures personifying vices and virtues.

Primarily used in conjunction with a ewer and basin for ablutions before meals (essential before the 17th century and the arrival of the fork for eating) these dishes were often used as alms dishes when imported into England. 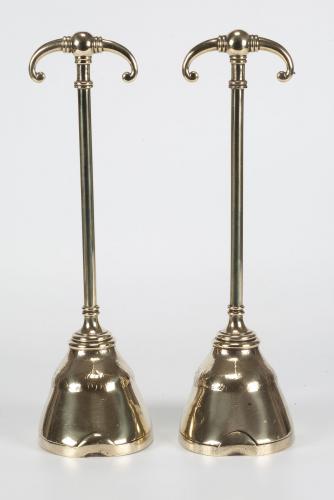 A Pair of Doorstops
Walpoles 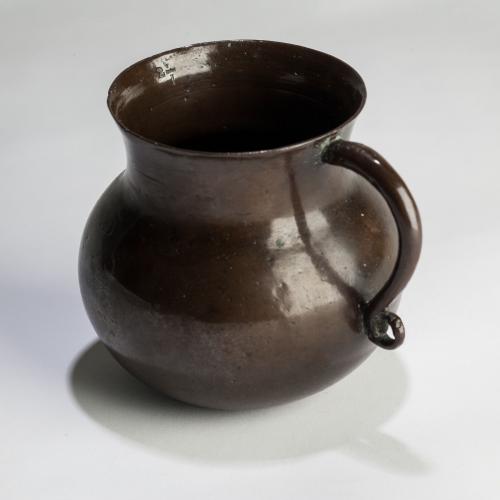 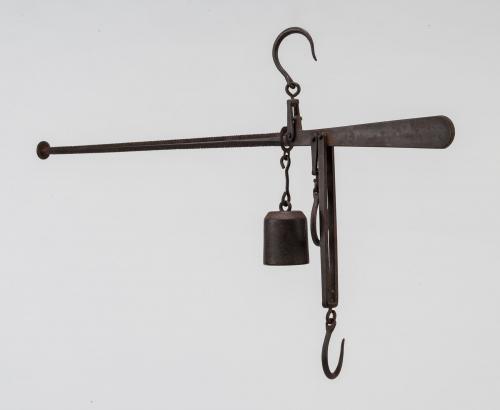 Balance Beam Hanging Scales
Walpoles
View all from this dealer