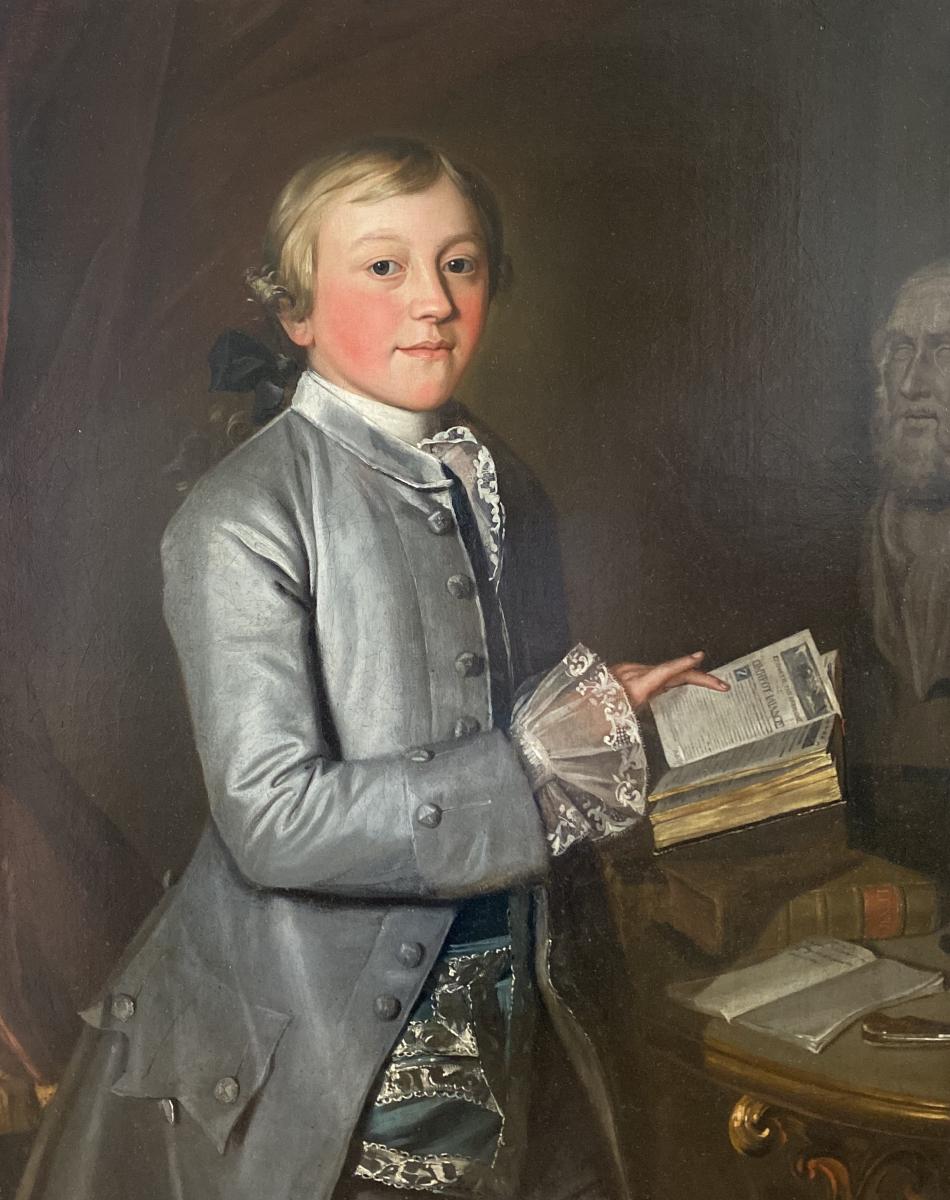 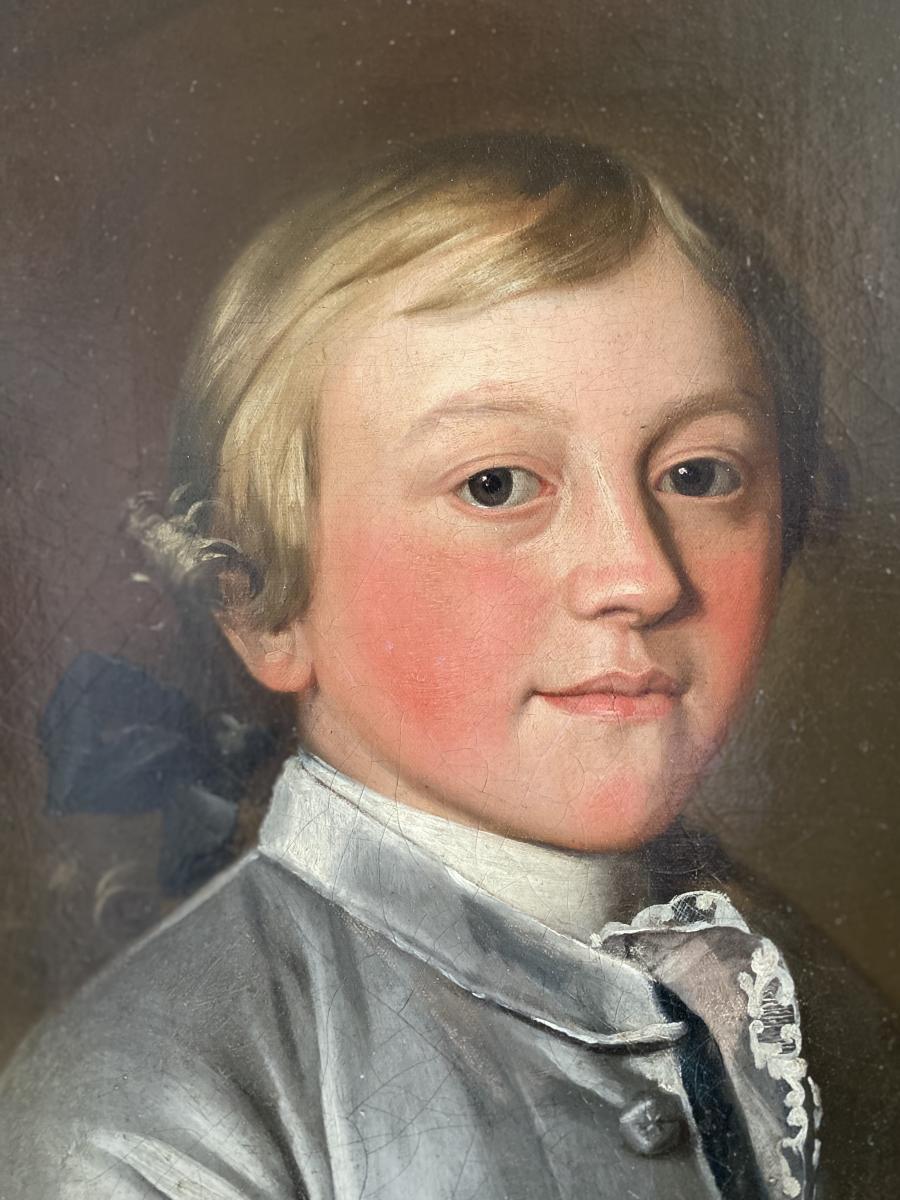 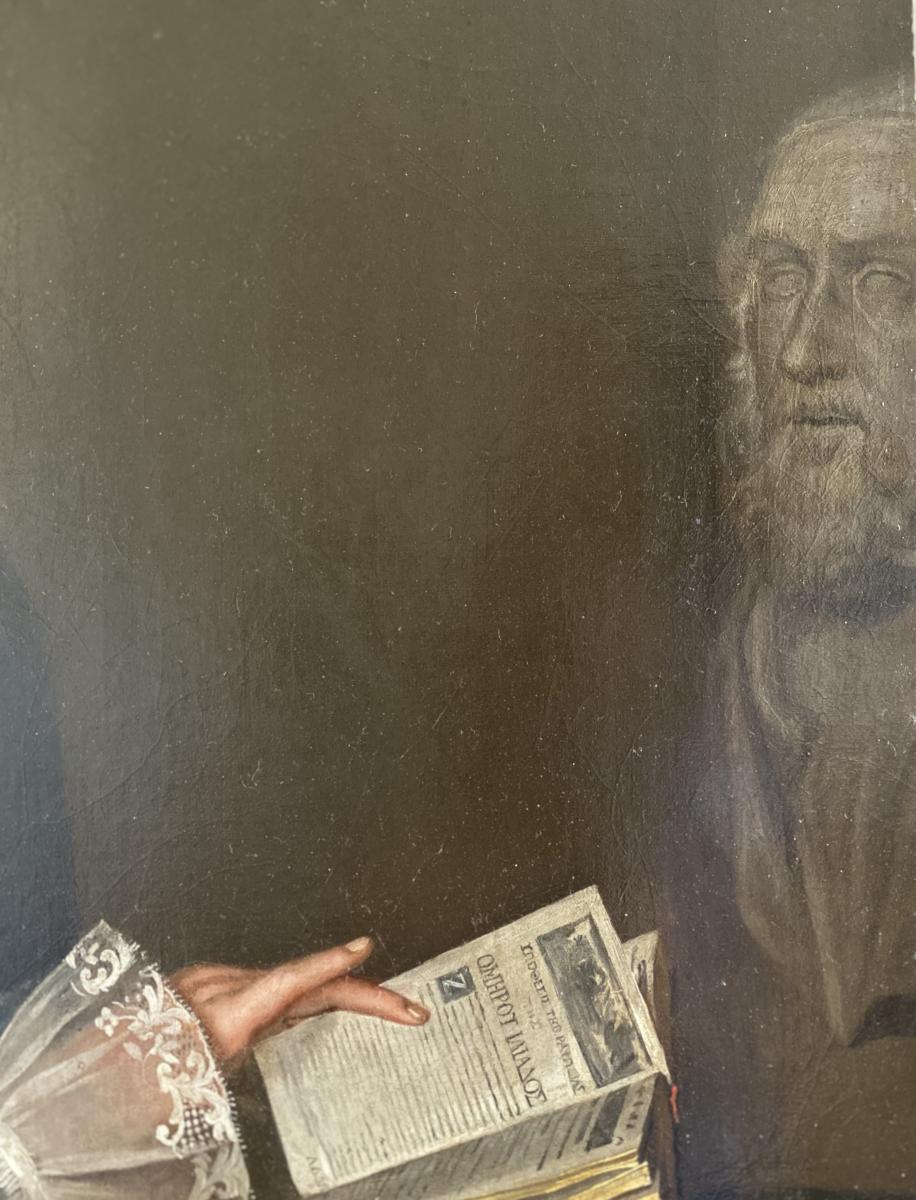 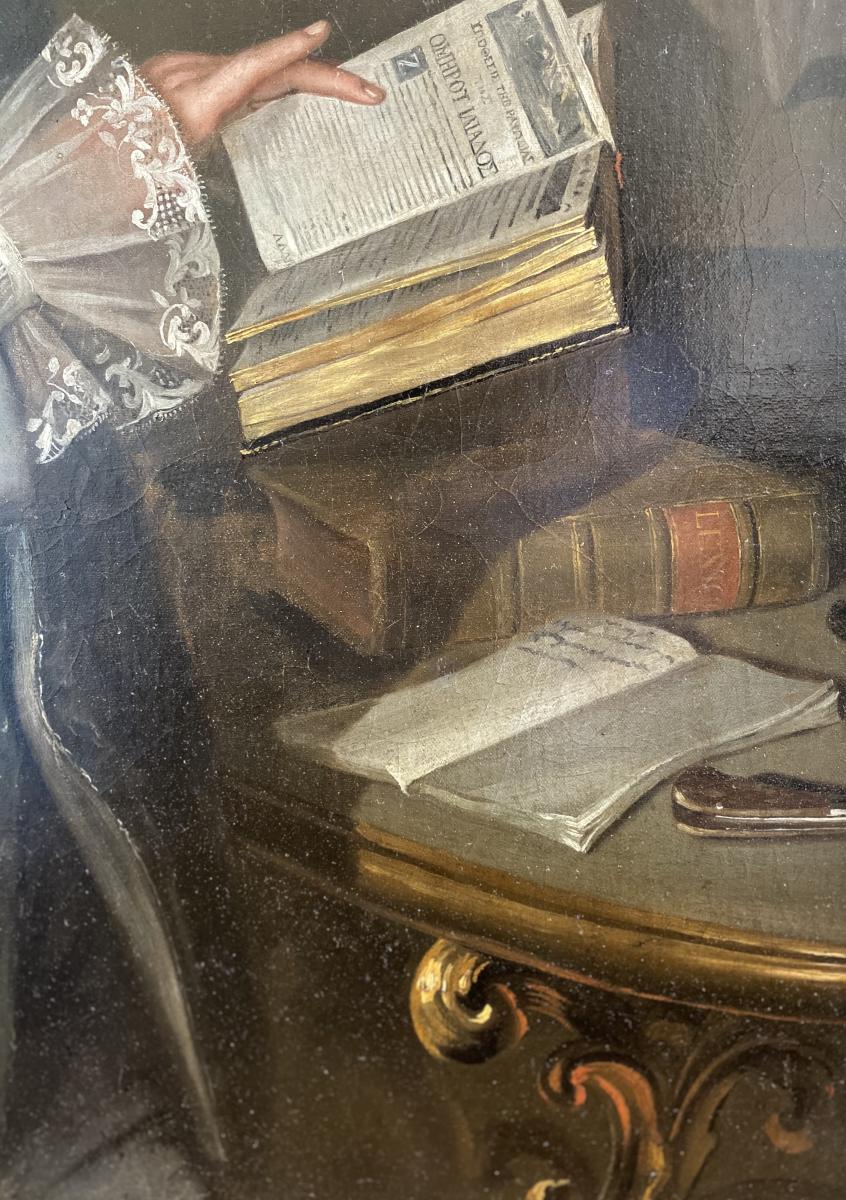 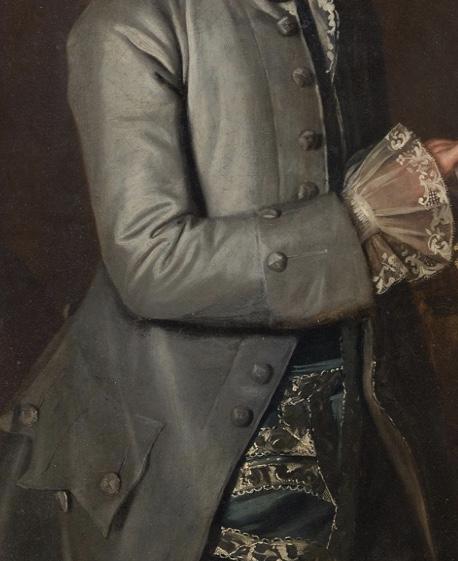 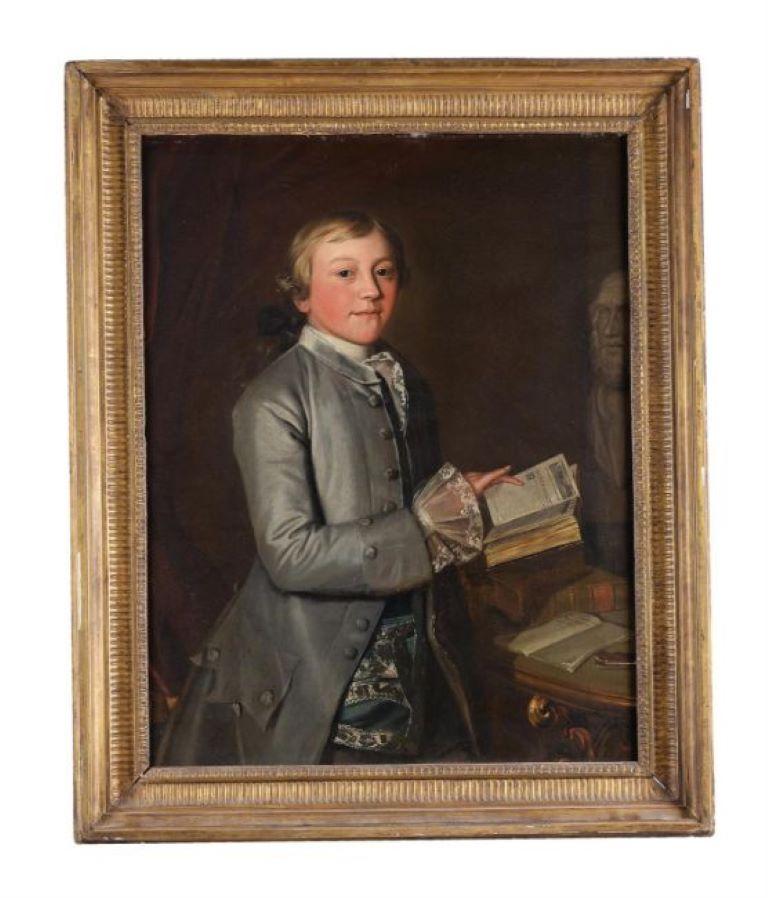 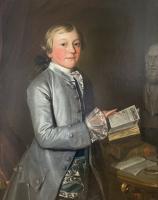 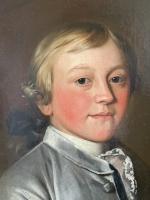 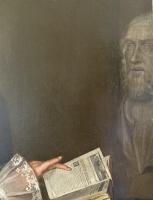 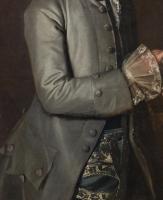 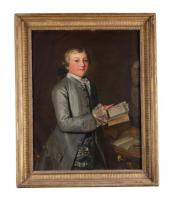 Portrait of Giles Moore, three-quarter length, standing beside a table in an interior, wearing a grey silk jacket with blue and silver brocade waistcoat, reading the 'Iliad', with a bust of Homer to his right. Oil on canvas in a period giltwood frame. c.1758.

The sitter is believed to be Giles Moore (1737-1779), later the Rector of Windermere, who 'by genius and application, without a university education, was profoundly learned in Grecian and Roman literature, and critically skilled in the Hebrew language'. (from 'The Worthies of Windermere', The European Magazine and London Review, volume 53). Giles was the eldest of two sons of John Moore Esq, of Grimeshill who was a magistrate for Westmoreland and colonel of the county militia and his mother Anne (born Dickinson).

Christopher Steele (1733-1767) was an English portrait painter from Egremont, Cumbria. In 1755, He first studied with the marine painter Richard Wright (c.1720-c.1755) in Liverpool, afterwards joining Carle Van Loo's studio in Paris. While abroad, it's said he acquired an extravagant manner that led him to be known as 'Count" Steele. After his return to England he set up a studio in Redmaynes Yard in Kendal and the young George Romney was apprenticed to him for four years. Romney, in his memoires, reported several adventures with his teacher (mostly of the nature of wine, women and song) and in 1756 Steele eloped with an heiress to Lancaster and so ending Romney's apprenticeship with him prematurely. After his wife died in 1761, he went to the West Indies, but returned to Egremont in 1767.  As can be seen in his skillful rendering of the silk and lace in this portrait, Steele had a particular talent for depicting texture and finish. There is a photograph of this painting in the archives of the National Portrait Gallery, London.

By 1986 in the property of the Newark Museum of Art, New Jersey.