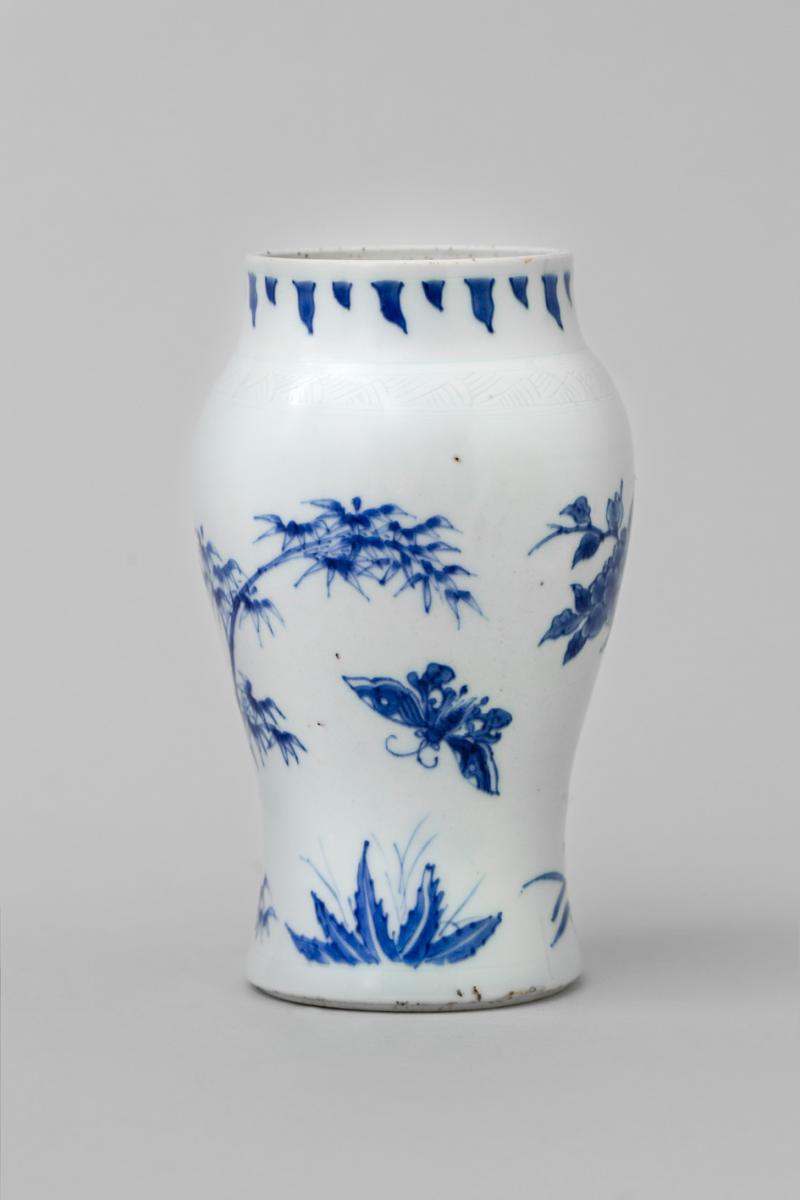 Of baluster form, finely painted in shades of underglaze blue; the body decorated with a continuous scene of two butterflies flying among leafy bamboo, large peony blooms and stylised rockwork; with a band of incised decoration around the shoulder; the upper rim with an inverted ‘flame’ border, the base glazed.

Provenance: The Wikström Family Collection of Norra Blasieholmshamnen and Listonhill. Thence by descent.

There is another similar vase, again with incised decoration at attributed 1640 – 1650 in the Queen’s Bedroom in Kensington Palace, as part of the Royal Collection (collection number RCIN 1175). It is illustrated in J. Ayers (2016) Chinese and Japanese Works in the Collection of Her Majesty the Queen, C&J, p.241.