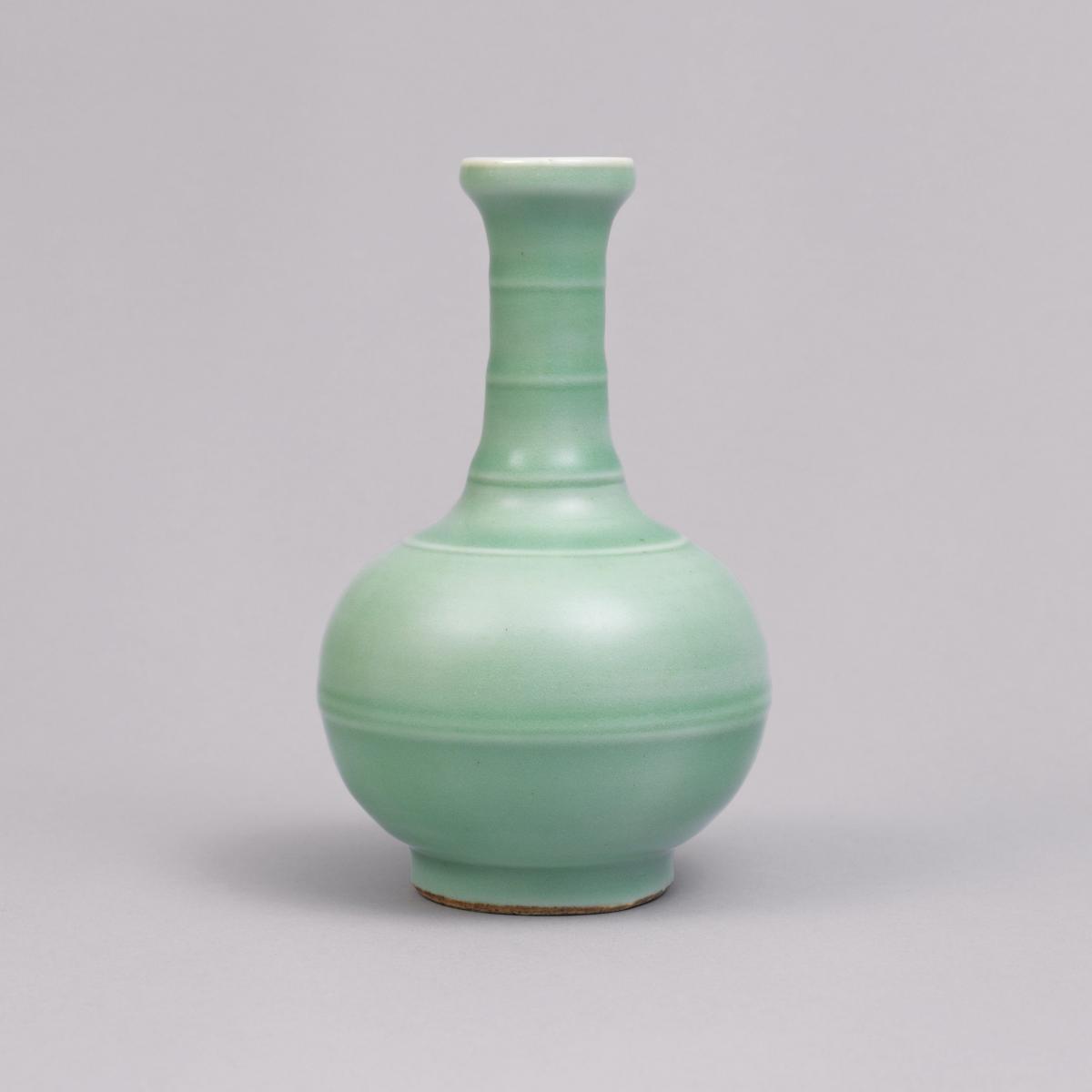 Chinese porcelain celadon ground bottle vase with rounded body and ribbed cylindrical neck in imitation of bamboo, with upright galleried rim covered overall in an even pale celadon glaze extending to the interior and the base.

• Formerly in the collection of Tang Shaoyi (1862-1938), the first prime minister of the Republic of China, and thence by descent.

• Imperial vases of this form are well-known in both the Yongzheng and Qianlong reigns. A Ru-type glazed example painted by Lang Shining (Giuseppe Castiglione) and dated to the first year of Yongzheng, 1723, in the National Palace Museum, Taipei, is illustrated by Michel Beurdeley and Guy Raindre in Qing Porcelain: Famille Verte and Famille Rose, no. 216, p. 154; the vase may be the one included in the exhibition of Ch’ing-Dynasty Monochrome Porcelains in the National Palace Museum, 1981, no. 79, p. 133.

• A Qianlong imperial flambé glazed example was included by Marchant in their exhibition of Qing Mark and Period Monochrome and Two-coloured Wares, 1992, no. 24, pp. 38/9 and back cover, and is also illustrated by Adele Schlombs in China und die Hoffnung auf Glück (China and the Search for Happiness), the Asian Art Museum, Köln, no. 38, pp. 133-135; a Qianlong imperial tea-dust example is illustrated by George Fan, Chen Xiejun, Wang Qingzheng and Han Yong in Qing Imperial Monochromes, the Zande Lou Collection, 2005, no. 50, pp. 134/5.

• An unmarked turquoise glazed example was included by Marchant in their catalogue of Recent Acquisitions, 2003, no. 29, p. 45.

• The prototype for this form is in the Song Dynasty, a crackled greenish glazed example, incised with a Qianlong poem on the base, is included by S. Yorke Hardy in Illustrated Catalogue of Tung, Ju, Kuan, Chün, Kuan-Tung and Glazed I-Hsing Wares in the Percival David Foundation, no. A28, Plate XIII, p. 30; and again by Stacey Pierson with Amy Barnes in A Collector’s Vision: Ceramics for the Qianlong Emperor, no. 16, p. 25. 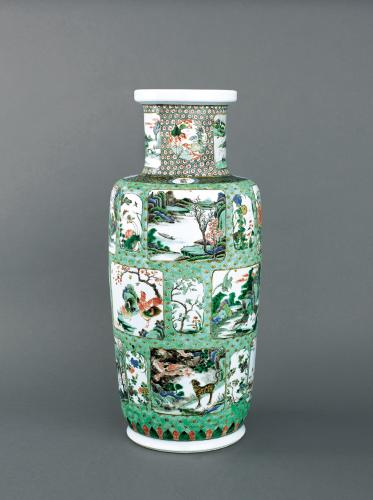 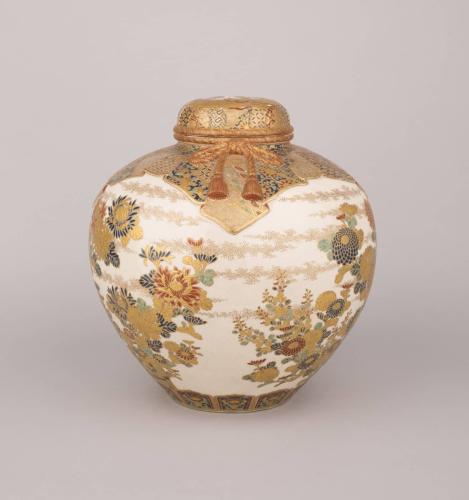 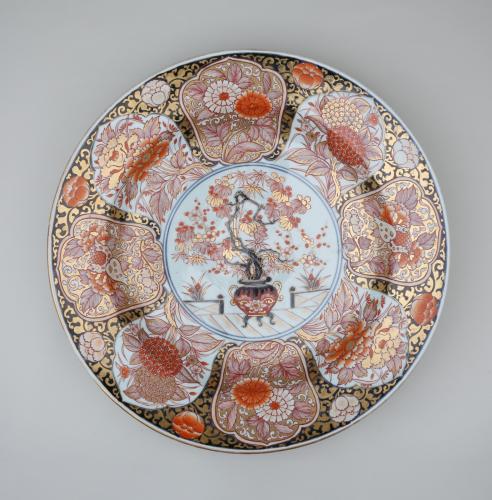 Japanese Arita porcelain large plate, Circa 1700
Marchant
View all from this dealer