They were woven in one piece, with the kelim ends separating the two seats folded in at the back to leave a kelim end on each seat once they were cut into the intended two pieces. However, in this case, they were never separated, even though the line between the two where the folding occurred is slightly visible.

They would have been used to cover the seat of a dignitary, in conjunction with a different, shaped cover for the back of the seat (for an example of a throne back on our website, see https://www.christopherleggeorientalcarpets.com/products/view/ningxia-dragon-throne-back/ ).

The design is almost completely identical in both halves:  two pairs of foo dogs with a golden body and diagonally juxtaposed dark blue and light blue faces and legs face each other. Protective in their essence, they form a square around a central oval motif, possibly a pearl of wisdom, with a light blue diamond around a cruciform shape in the middle. Tone-in-tone cloud bands subtly decorate the field.

The borders are formed of cloud bands and a mountain protruding into the field from the middle of each side and, on a smaller scale, from the corners. Waves complete the outermost sections of the border. This is a classic border design often referred to as a "mountain and water border".

The seats are woven in beautifully soft wool, with some cotton instead of undyed white wool in the top section, on a cotton foundation.

They are in excellent condition. 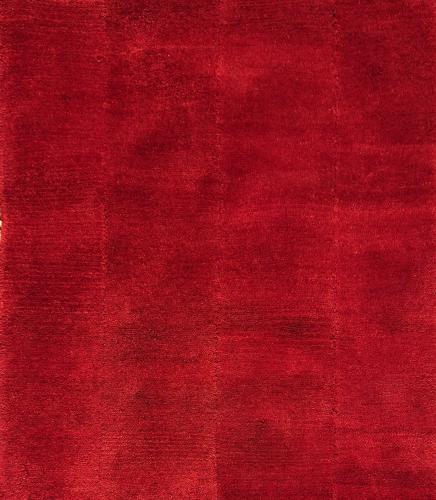 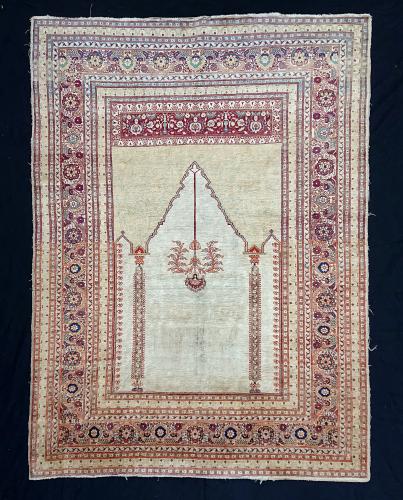