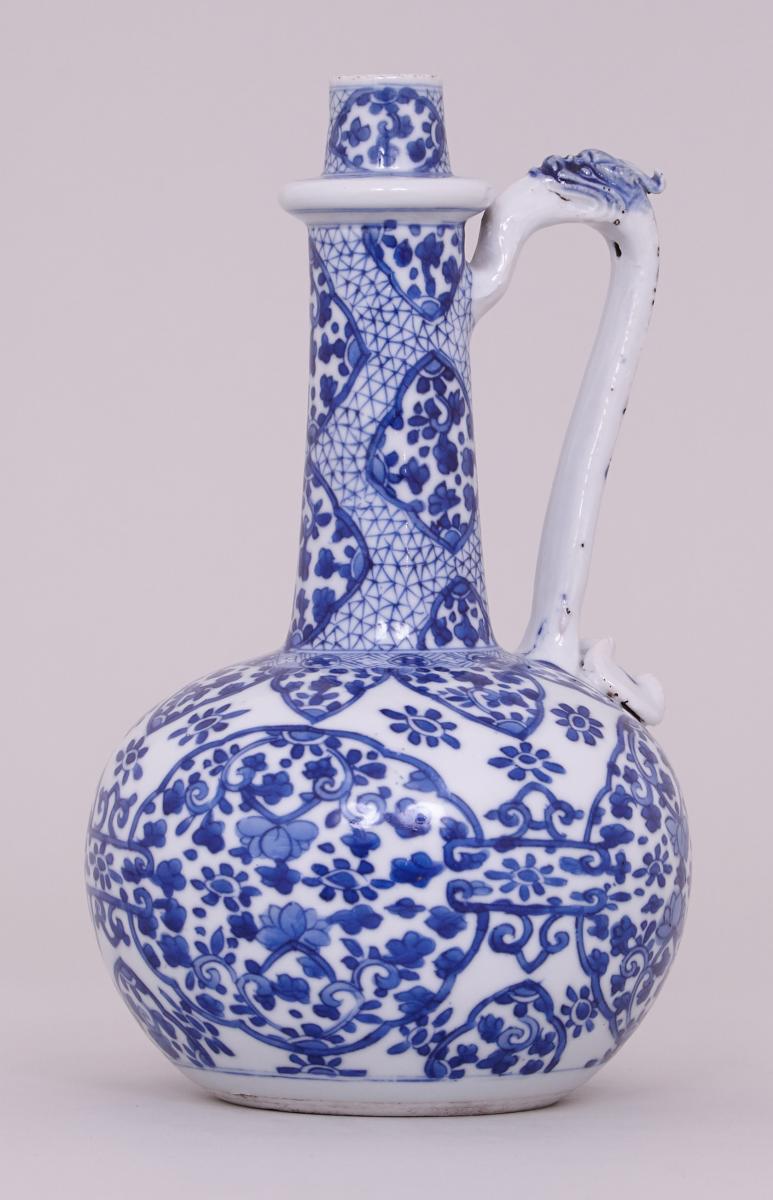 Globular body, long tapering neck interrupted by a flanged collar onto which the moulded dragon head at the top of the long rounded handle is attached, the body painted in clear shades of underglaze blue with four lobed and connected medallions each with a floral decoration and in between stylized flower-heads and bands of stylized ruyi motifs around the shoulder and foot, circling the base of the neck a narrow border of flowered diamond-work, the neck itself with further small lobed panels set on a ground of cracked-ice pattern and a thin band of triangle-work on the flanged collar, the shaped and rounded handle beginning on top of the shoulder and finishing with a finely moulded dragon head its features detailed in blue and decorated with a scrolling branch along the thin body.

Footnote: An almost identical example both to form and decoration, but with a cover, is in the Metropolitan Museum of Art, New York, no. 79.2.229a,b. This ewer was purchased by subscription by the museum in 1879.