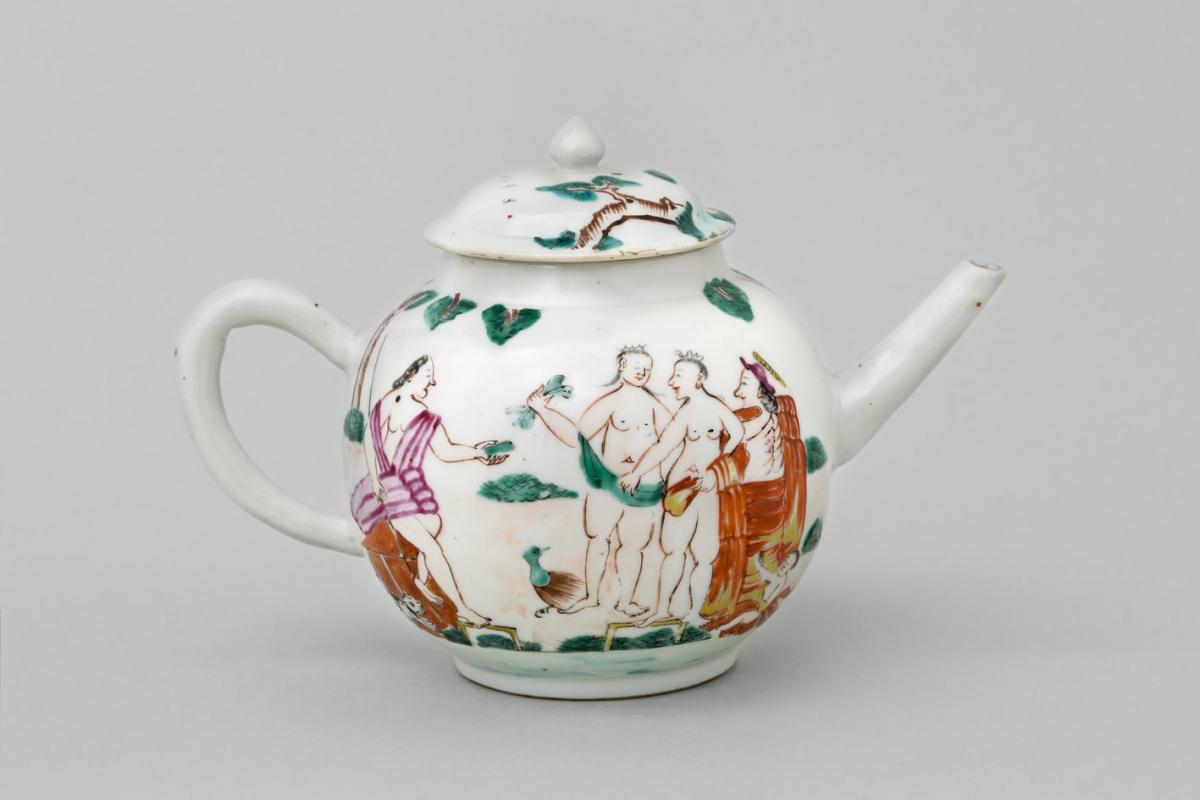 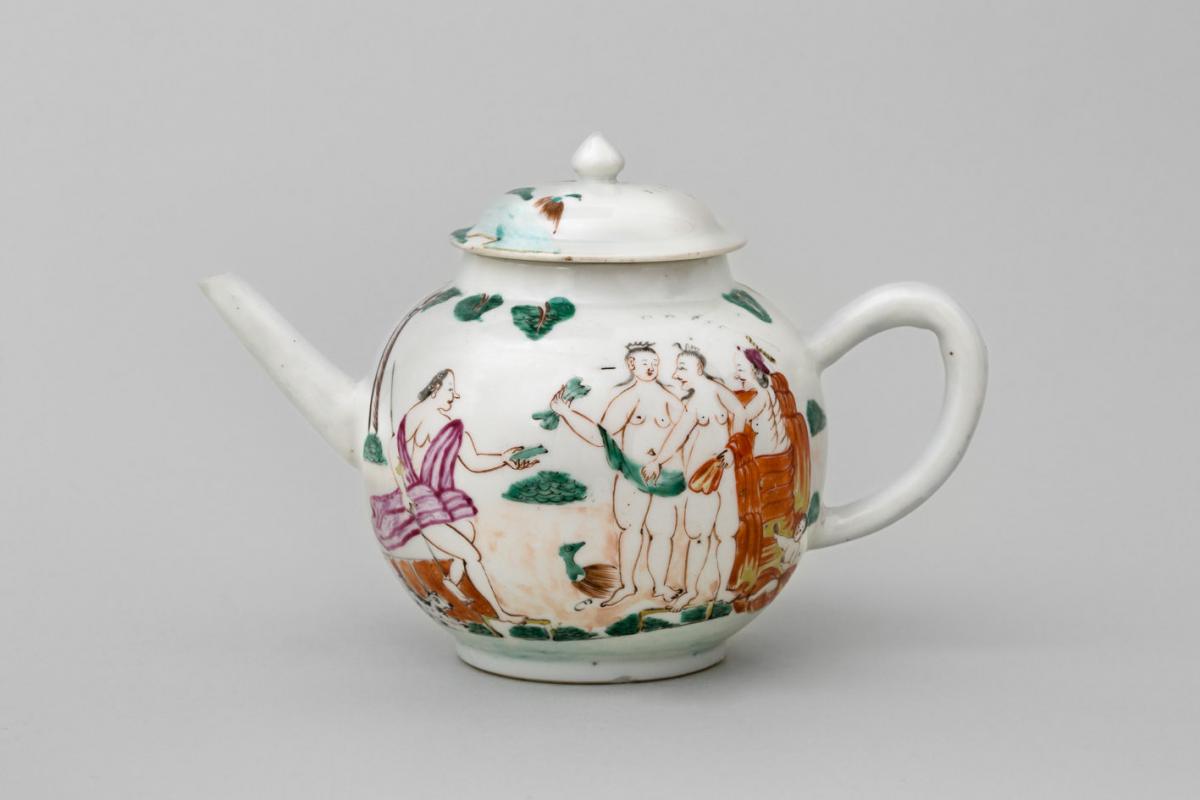 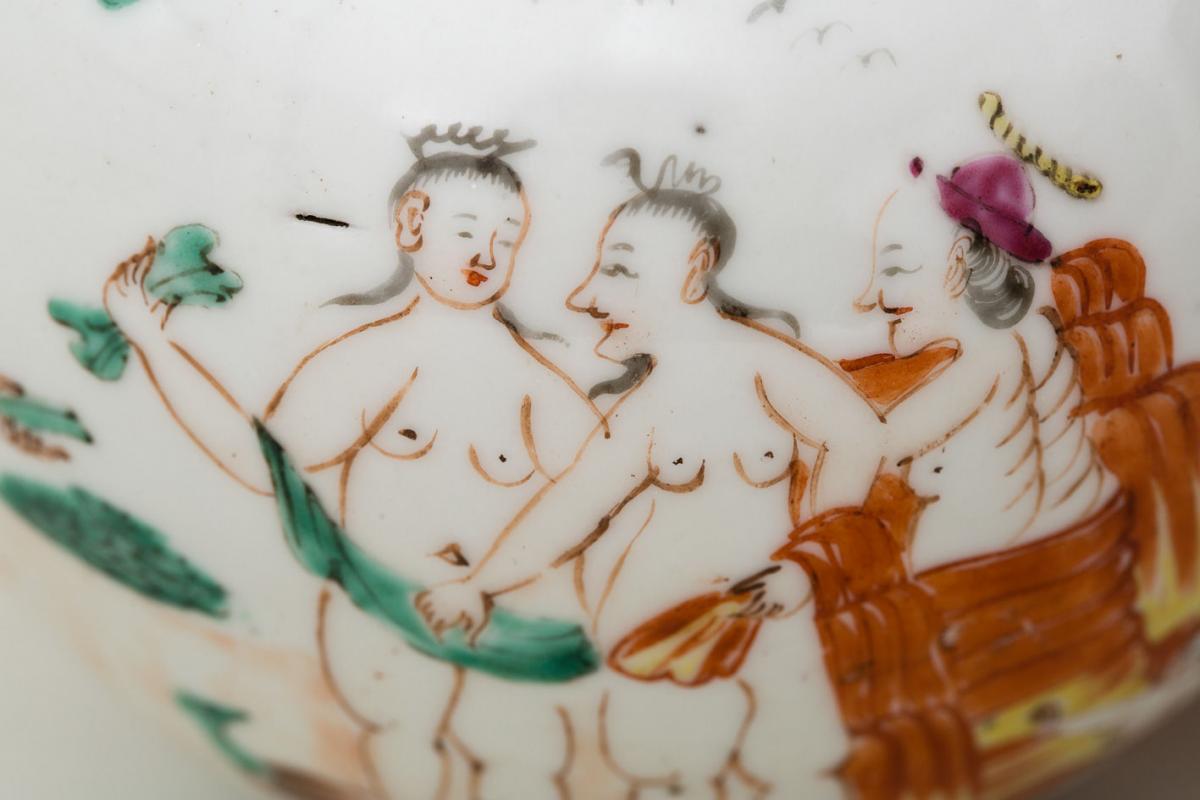 Of globular form, with a straight spout, c-shaped handle and domed cover with a bud finial, painted on either side with Paris seated wearing a puce robe, with a small dog beside him, and offering a green object to Aphrodite who is flanked by Hera and Athena, and with Cupid looking on, Hera and Aphrodite only covered by either a shawl or a fan, Athena dressed in long iron-red and yellow robes, at their feet a bird, pine trees enclosing the scene, the cover with birds in flight, a similar large bird and pine and finished with a bud finial, the base glazed.

Footnote: This is the most popular European design on Chinese porcelain of the 1740s and there are at least six different variations. The scene depicts King Priam’s son Paris judging who of the goddesses Hera, Athena and Aphrodite was the most beautiful - he chooses Aphrodite by handing her an apple.

BC54
Enquire via Email 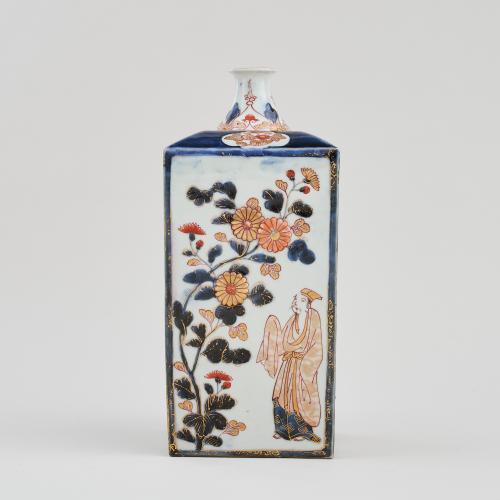 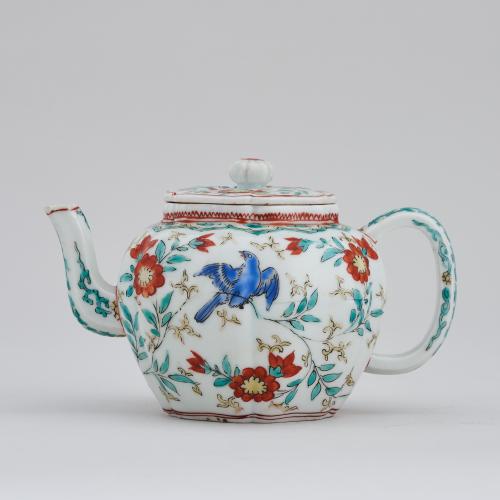 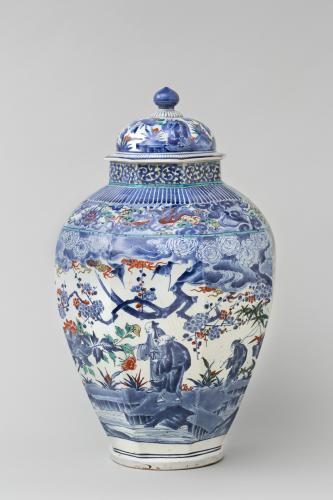 A FINE AND RARE JAPANESE ARITA VASE & COVER, LAST QUARTER OF THE 17TH CENTUY
Anita Gray
View all from this dealer