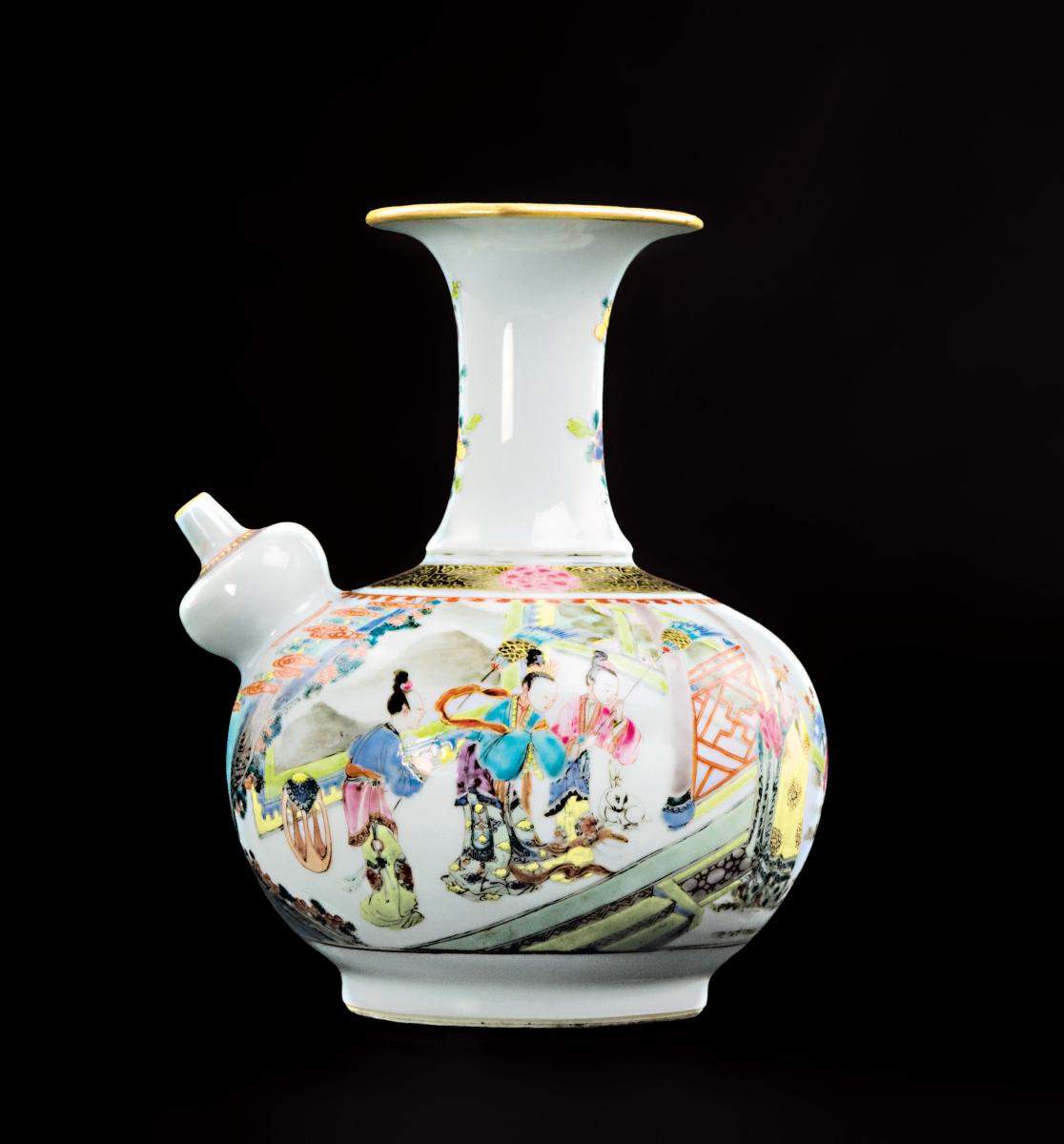 A fine famille rose kendi of globular form painted with scenes of Chinese figures on a terrace, looking at a rabbit.

This exquisitely painted example of this rare type has an unusual use of the famille rose palette. There appears to be no use of the white enamel, though the pink and the new yellow that characterise the new colouring introduced at the end of the Kangxi period are used extensively, along with the a ‘dead-leaf’ brown in the border on the shoulder.

This last indicates a date at the very end of the Yongzheng period. The lack of the white enamel makes the enamels translucent and the fine painting and the colouring are subtle and luminous, which does not show well in a photograph. In the hand this is a tactile and intensely beautiful object.

The term kendi is a Malay word derived from the Sanskrit kunda, from an Indian drinking vessel a kundika. The kendi is well known in South East Asian ceramics from ancient times and in China from the Tang Dynasty onwards.

It was originally derived from metal forms and, in ceramics, has many varieties from simple shapes to complex animal-form examples.

Famille rose kendis for the export market are rare - the form was not used in the West so they were intended only as exotic decorative objects.