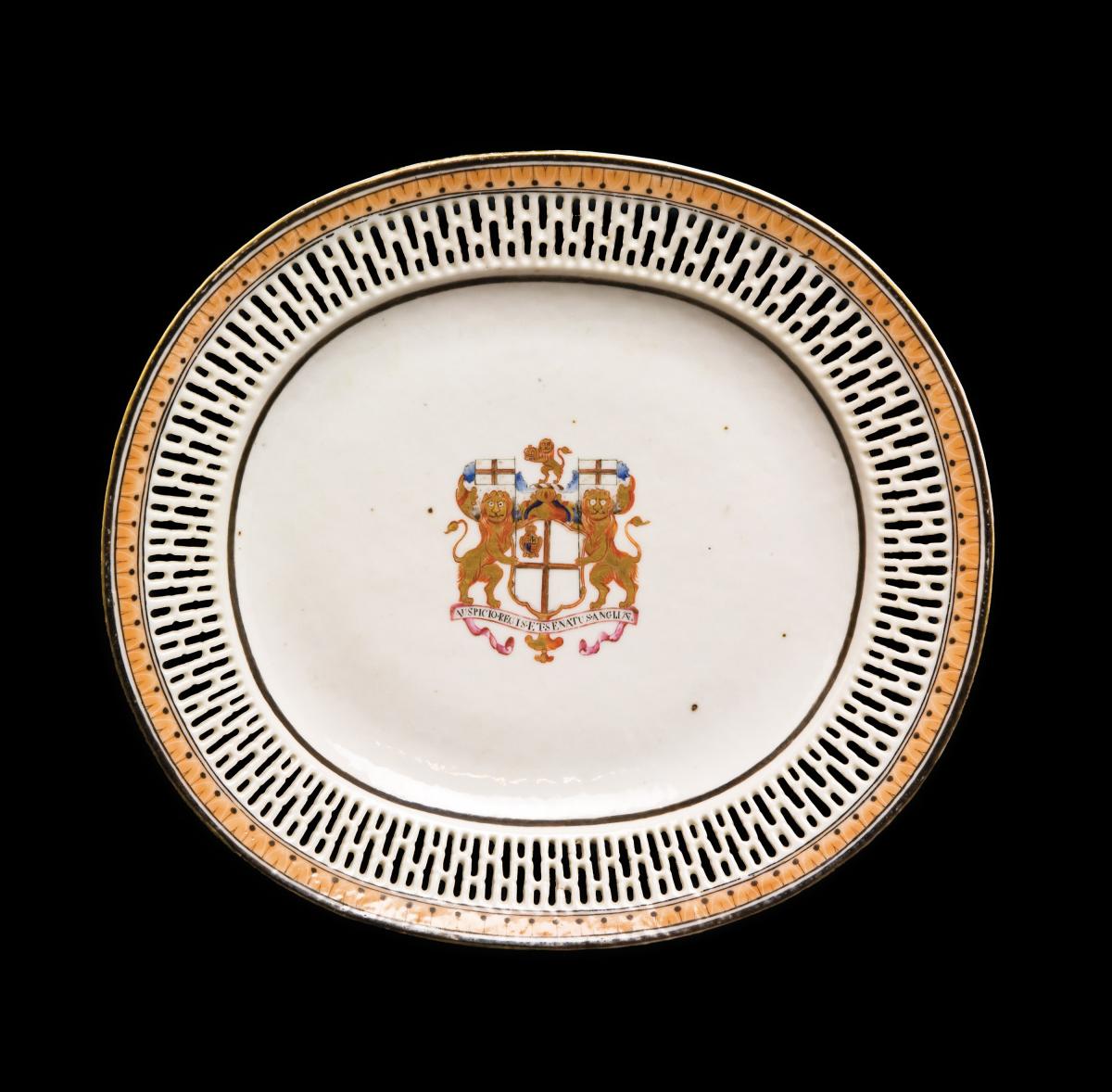 A Chinese export porcelain reticulated oval dish with the arms of the Honorable East India Company, (EEIC) the rim with a neo-classical border on pale brown.

Howard (1974) says that it was used by the Company in Bombay and Madras and that some Governors were known to have brought parts of it back to England when they completed their term of office.

The border is inspired by a similar one in a pattern book of 1770 by Josiah Wedgwood and used on creamware for several decades. The small British coat of arms in one quadrant was adopted in 1801. 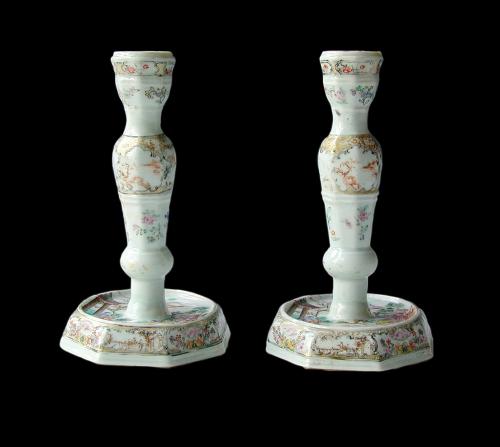 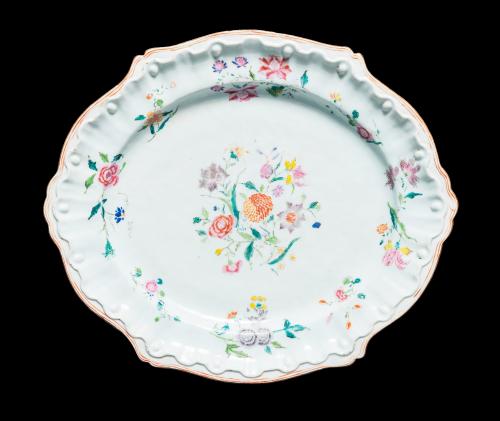 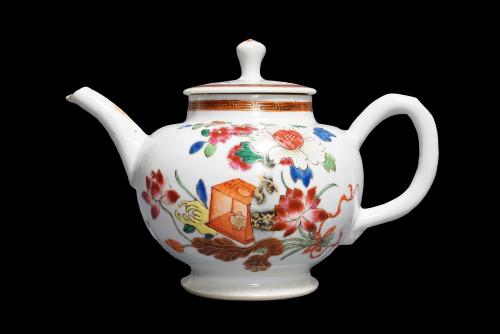