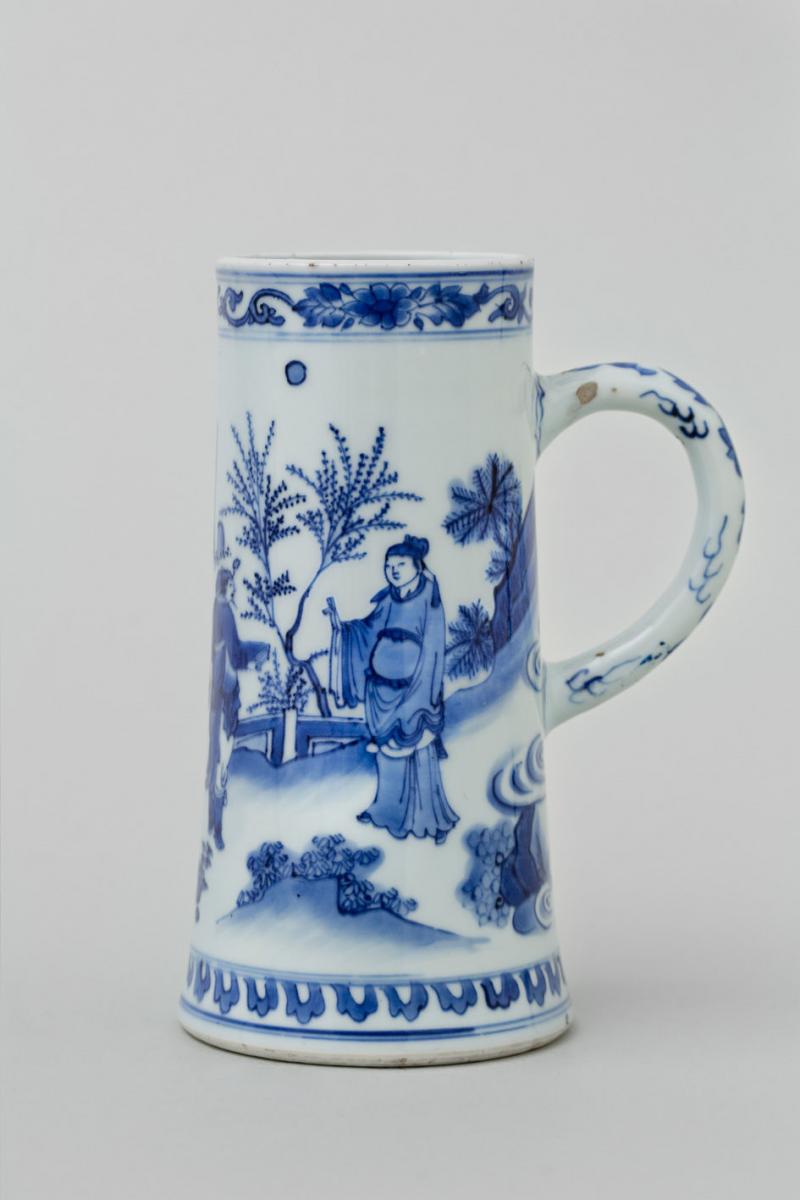 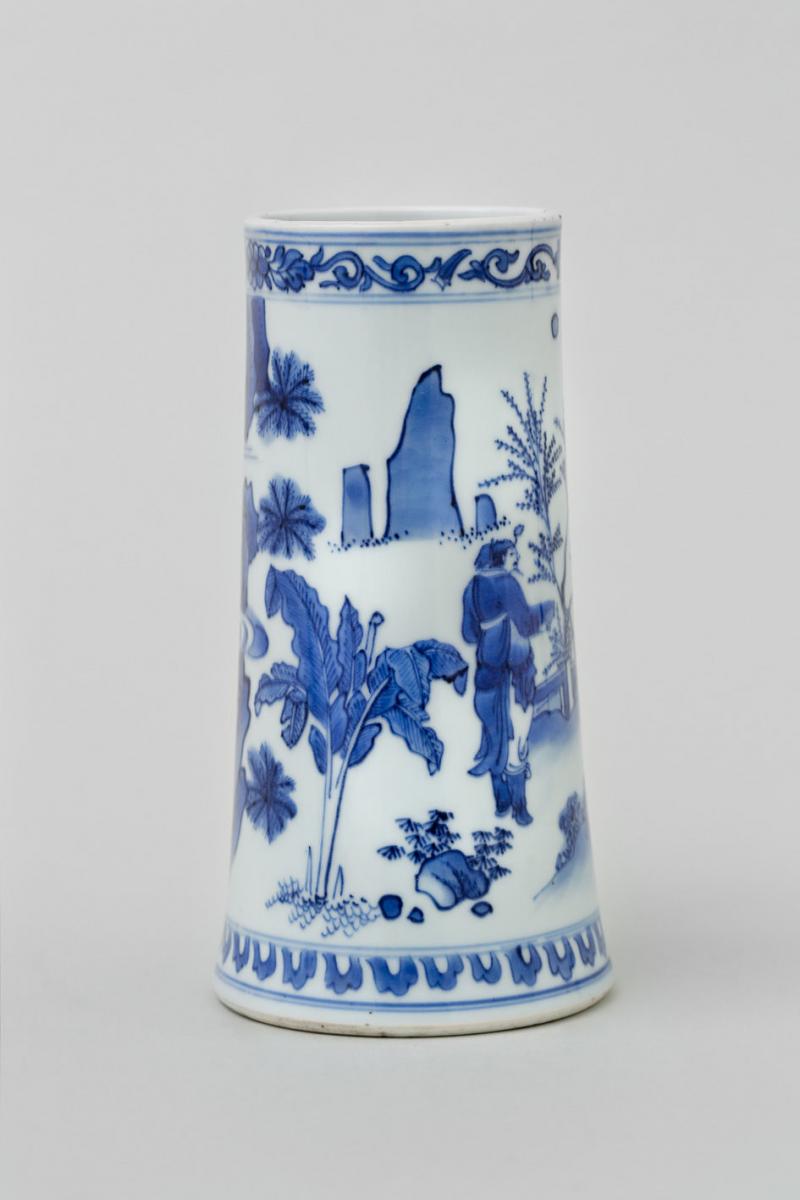 Of tall tapering cylindrical shape and applied with a loop handle, painted in shades of underglaze blue with a scene set in a terraced garden of a dignitary being presented with books by a male figure dressed in short robes, trees and mountain peaks in the background, the sun/moon in the sky, a plantain, stylised rockwork and swirling clouds dividing the scene, all set in between a band at the top with scroll-work and a band around the foot with pendant lappets, the handle painted with a flowering branch.

Footnote: There is a tankard of similar form in the Queen’s Bedroom at Kensington Palace, as part of the Royal Collection. It is attributed Ming Period, c.1635-1645 (collection number RCIN 1060). This tankard is illustrated in John Ayers’ volume ‘Chinese and Japanese Works of Art in the Collection of Her Majesty The Queen, 2016, C&J p.238

Two tankards of similar decoration are in the collection of the British Museum (museum number Franks.155), illustrated in Jessica Harrison-Hall, Ming Ceramics in the British Museum, the British Museum press, 2001, pl. 12:11, 12:12, pp. 358-359, Harrison-Hall discusses the shape of this type of tankard and we quote: “Tankards of this type are modelled after Dutch stoneware or wooden prototypes and were made exclusively for export to Europe with Chinese ‘transitional’-style figurative designs. In 1635 painted turned-wooden models were dispatched to China via the governors of Fort Zeelandia in Taiwan to be copied, and in 1636 stoneware snelletjes, made in Cologne, were also sent to Jingdezhen…In addition to the Dutch records and items with dated [silver] mounts, tankards of this type are also accurately rendered in still-life oil paintings of the mid seventeenth century. For example a still-life oil painting by Jan van de Velde (c. 1620-62), a Dutch artist from Haarlem, shows a porcelain tankard with a design of a scholar accompanied by a servant holding a large fan…with silver mounts, together with a kraak dish filled with fruits.”

There is a similar tankard, attributed 1640, with later silver mounts in the collection of the Philadelphia Museum of Art (accession number 1967-70-1).