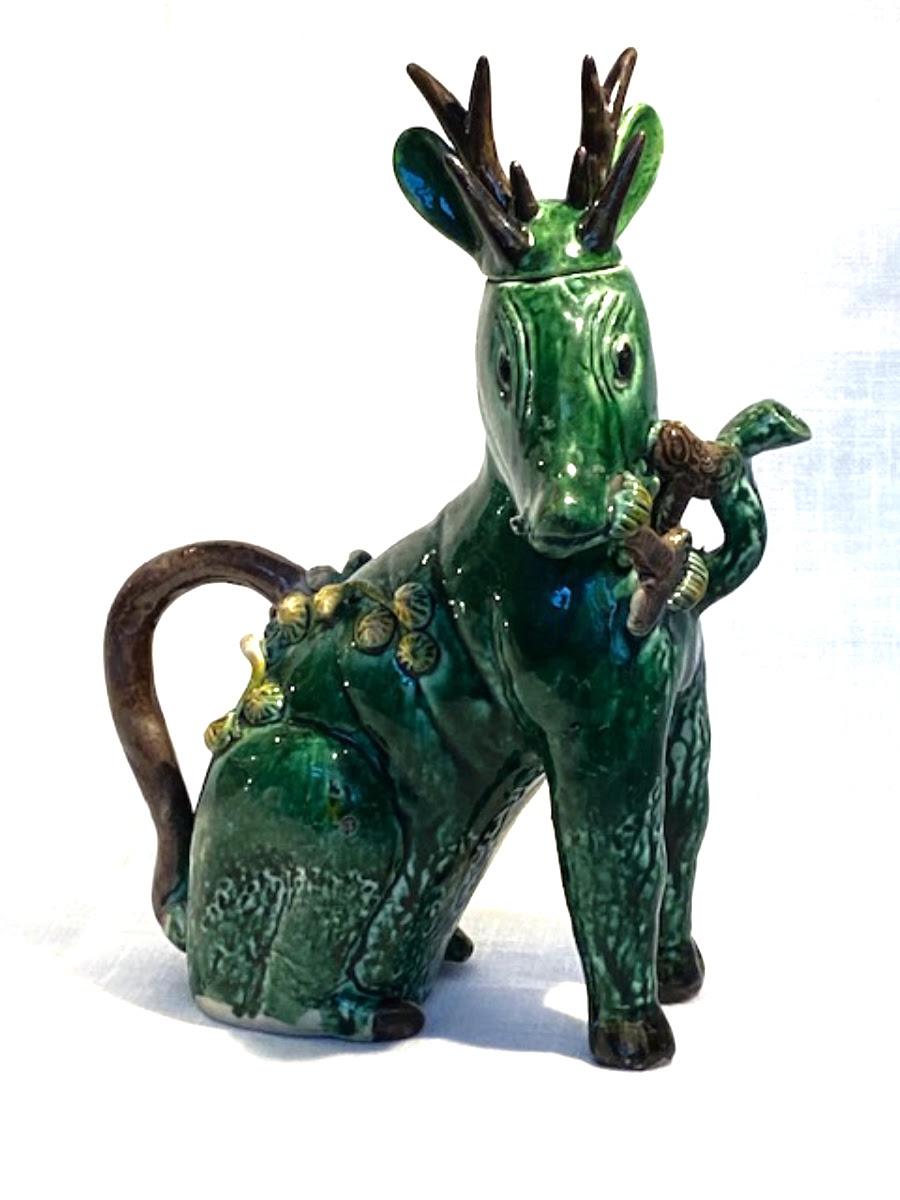 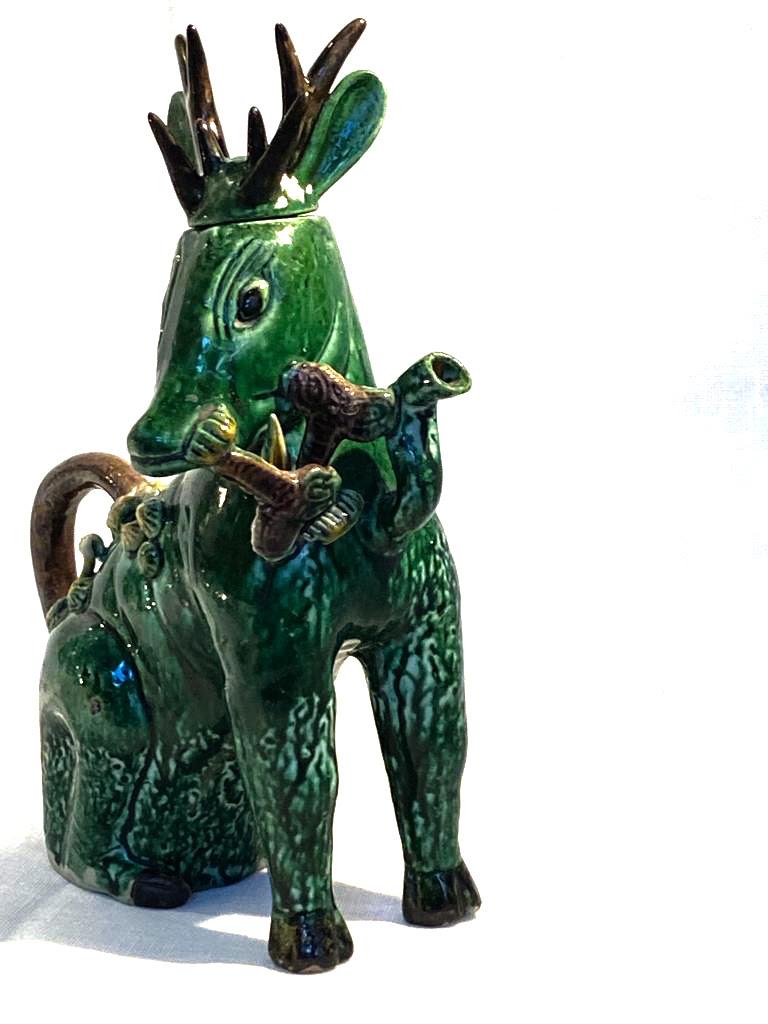 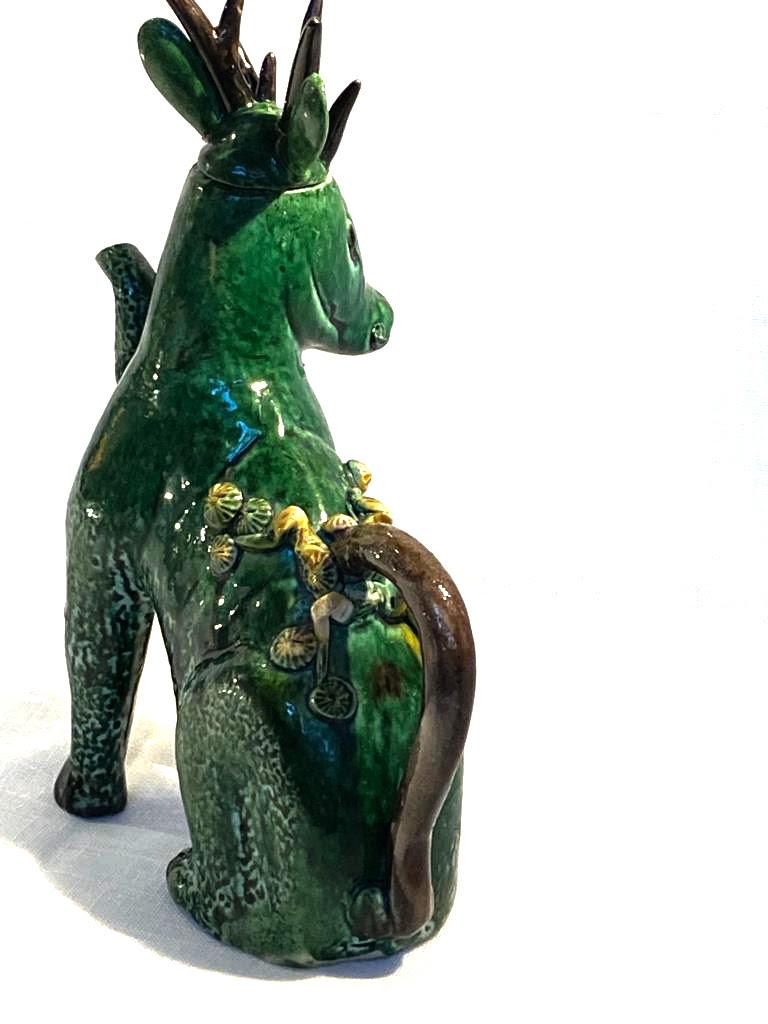 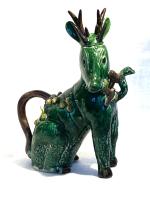 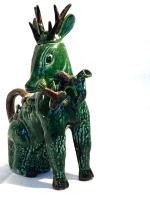 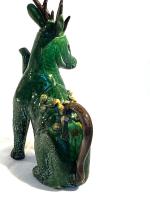 Modelled in the form of a seated deer, head turned and with an aubergine-glazed lingzhi sprig held in the mouth, the coat with incised fur decoration, the body and spout decorated in a deep spinach glaze, the handle in the form of a pine bough, the pine needles in egg-yolk yellow.

Footnote: Deer are associated with longevity. They are often depicted as a mount for Shou Lao, the Star God of Longevity. Deer were believed to be the only animals who could find lingzhi, the fungus of immortality, which the present deer carries in its mouth.

There appears to have been at least three versions of the seated  Kangxi period model created; those with sancai splashes, those painted in a mustard brown tone with white markings and a  green-enamelled version. Unusual to find today,  few appear to have been produced, however the model is known to have been exported to England at a very early date in the Kangxi reign. The 'two browne painted staggs' mentioned in the 1688 Burghley House inventory are thought to be the mustard brown tone version of this model (illustrated in du Boulay 1984).

See also, Chinese and Japanese Works of Art in the Collection of Her Majesty the Queen, by J. Ayers, 2016 vol. 1, pp. 150/151 for two similar figures decorated with "splashed" translucent green, yellow and brown enamels and dated mid 17th-century. The author notes that,  "another example of this rare model is in the National Trust Collection at Ascott";  for a similar single ewer see,  A Handbook of Chinese Ceramics at the Metropolitan Museum of Art, by S.G. Valenstein, New York 1975, p. 235, cat. 229. 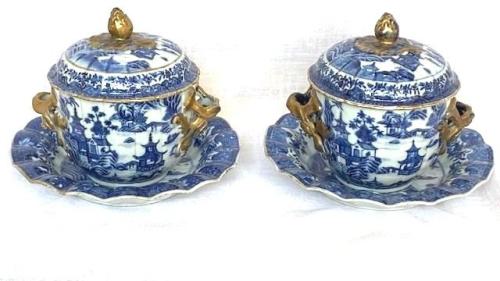 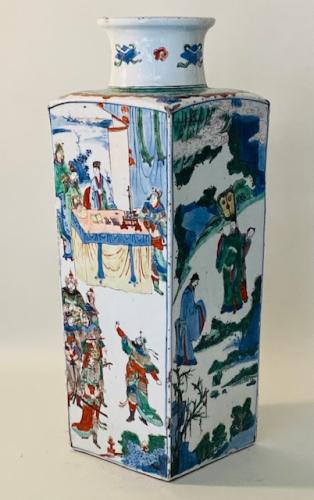 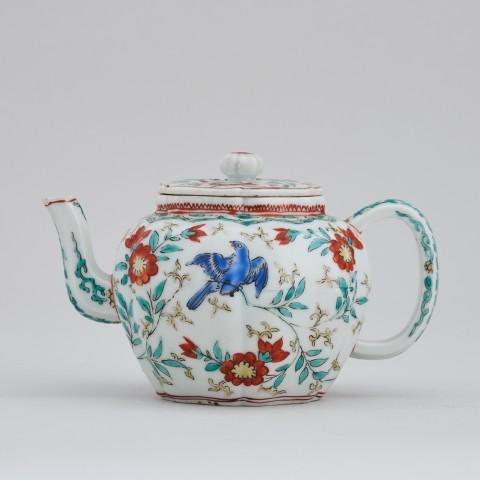