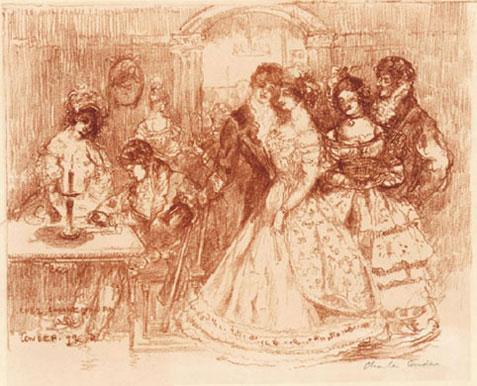 This lithograph belonged to the Balzac Set of six prints published by Carfax in 1899 and exhibited by the Gallery in 1900. IN 1899 Conder for a while lived at William Rothenstein's house at 1 Pembroke Cottages, Edwarde's Square.

The former had been practising lithography since 1893 and introduced his guest to the process by candlelight in his garden studio. In The Life and Death of Conder by John Rothenstein, 1938 pp.166-168 he considered that the Balzac Set had more dynamic force than any other work of Conder's.