A Chelsea Model of a Finch 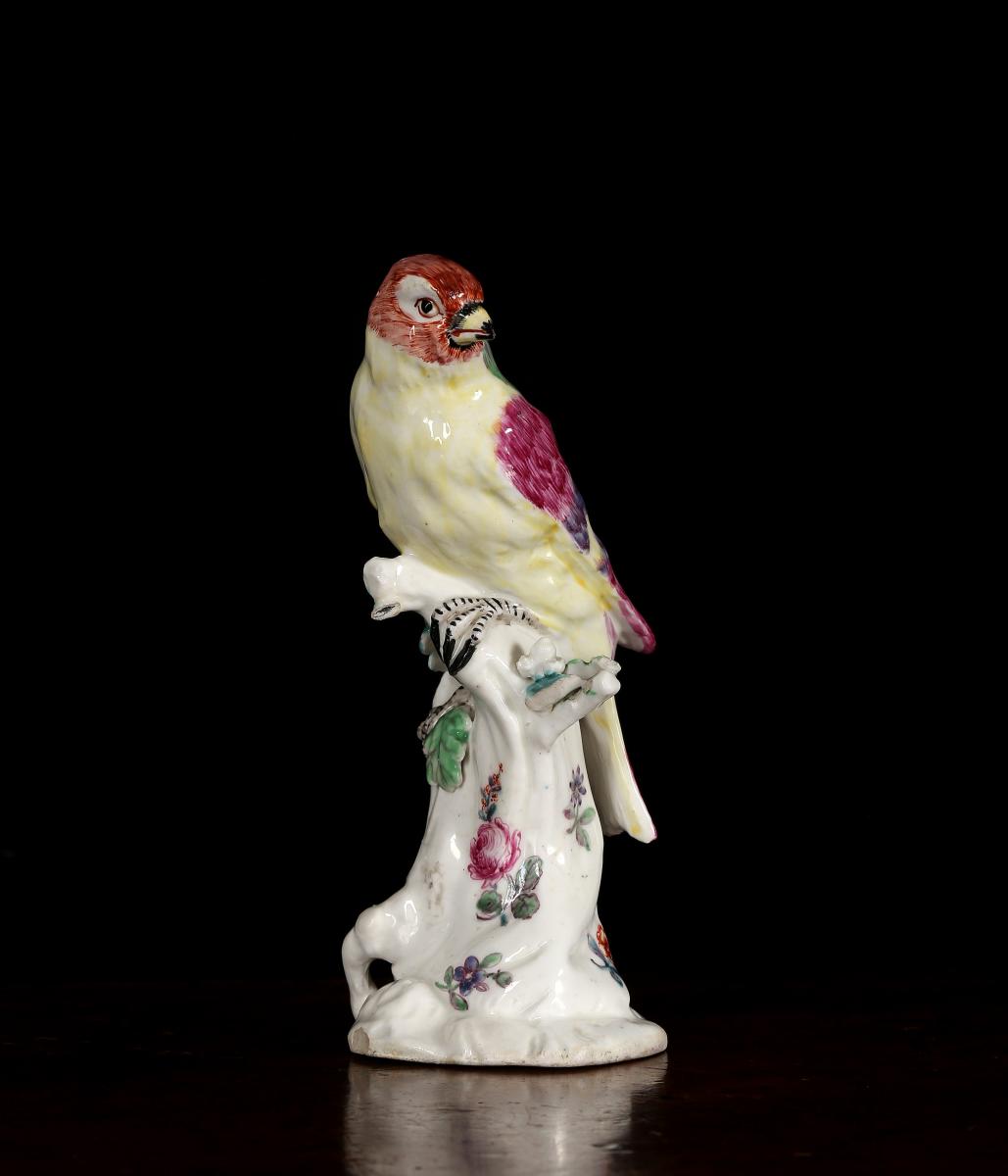 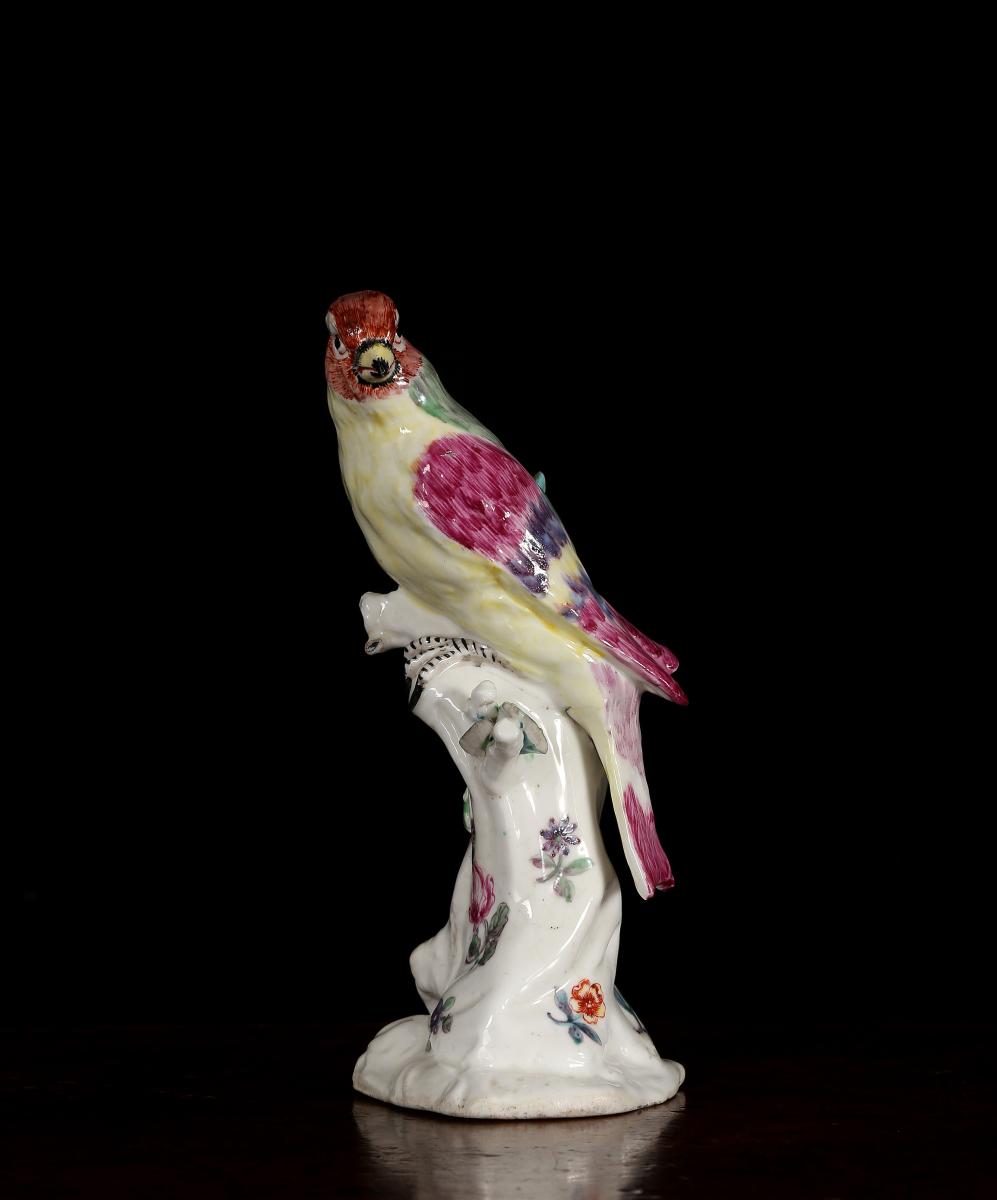 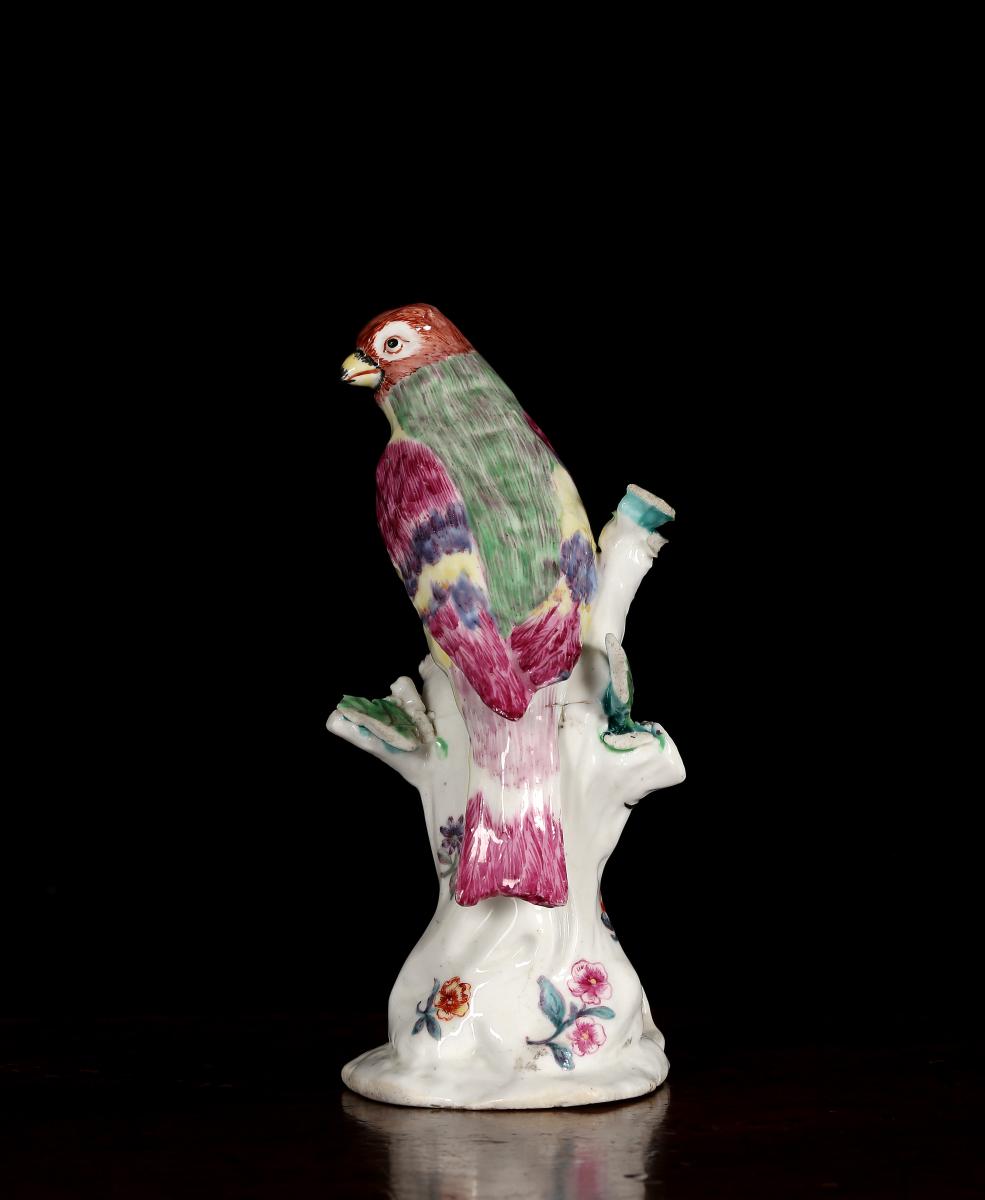 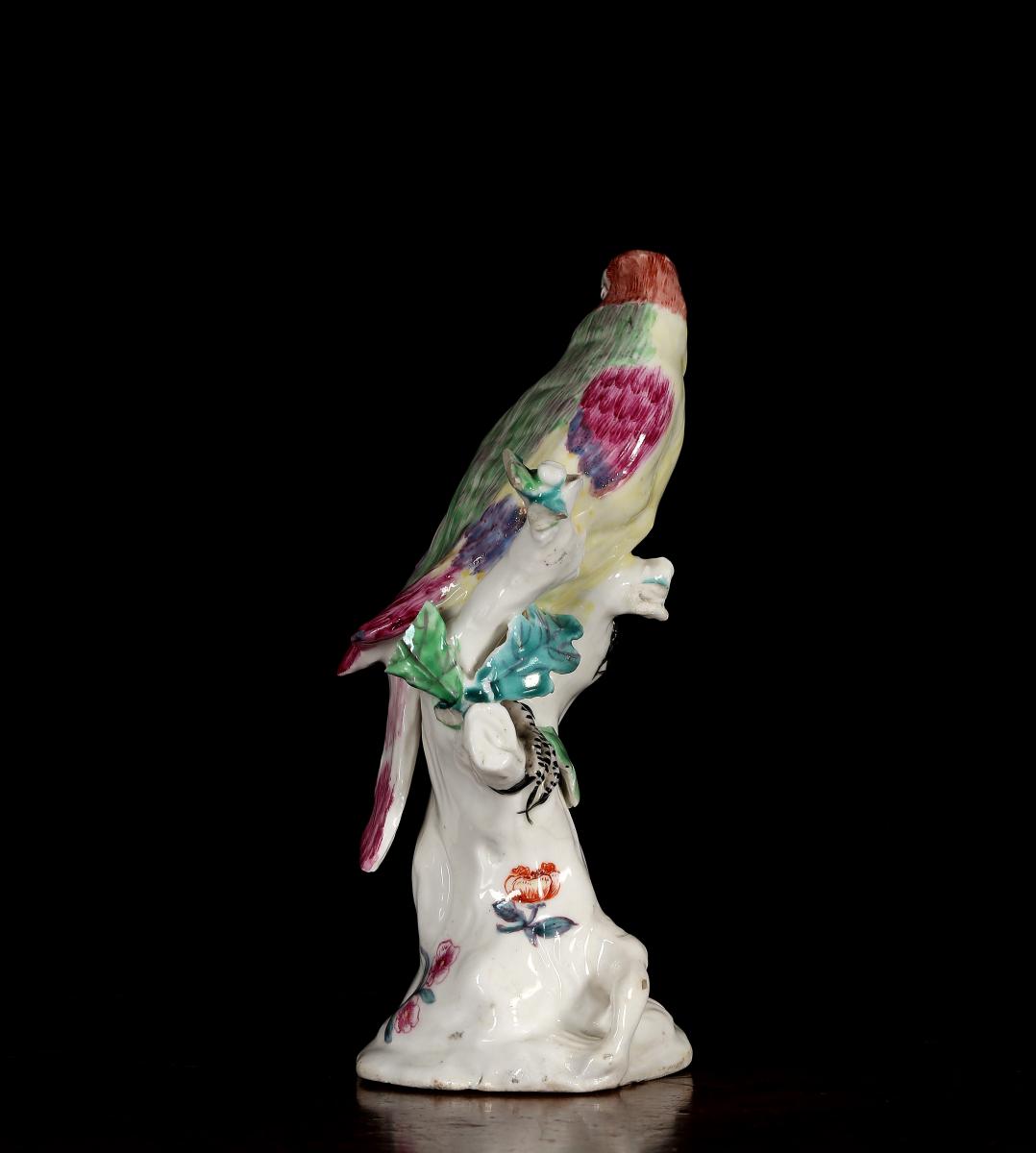 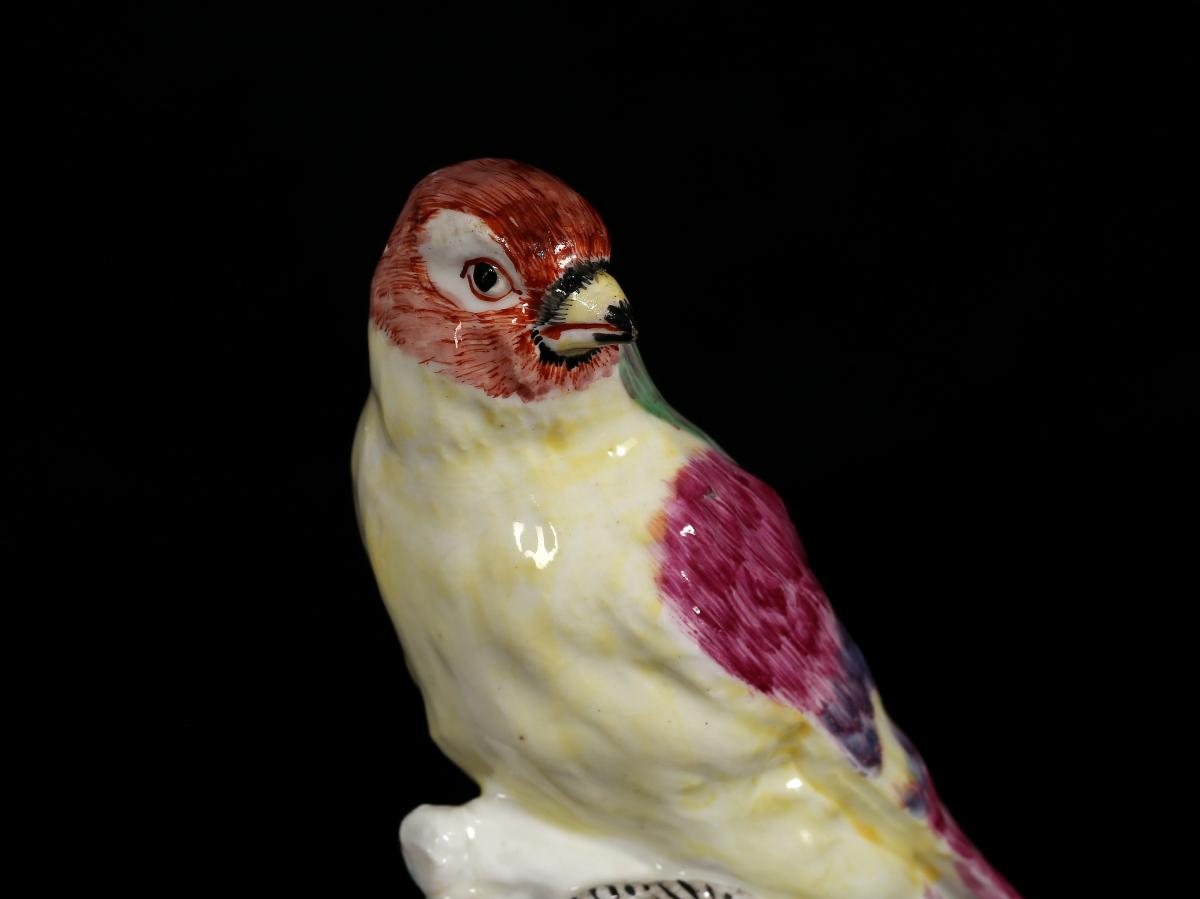 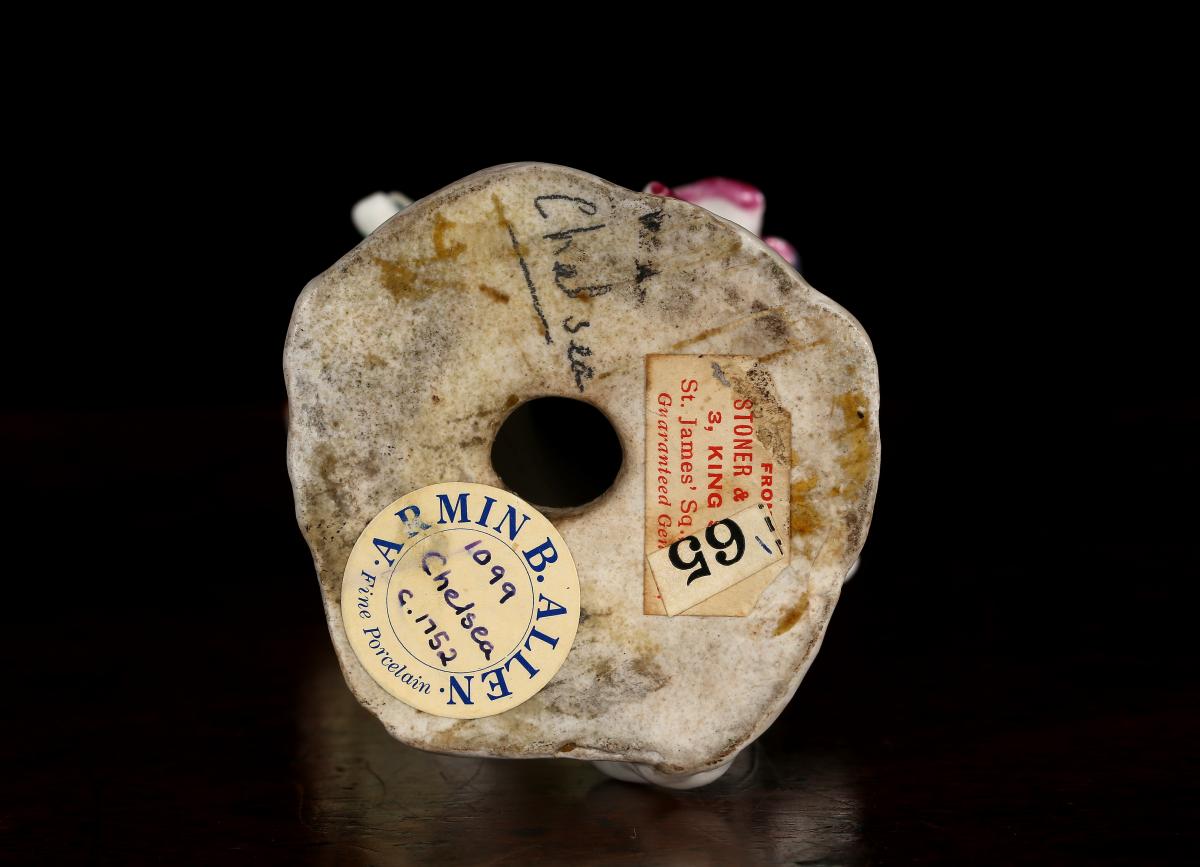 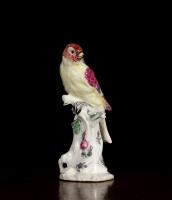 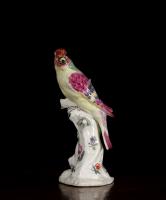 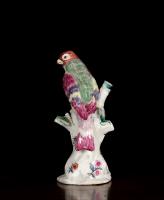 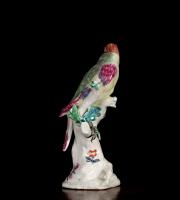 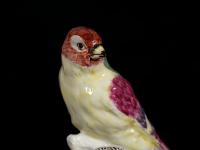 Decorated in a London enamelling studio

This exact model exists with Chelsea factory decoration as seen in the pair currently on our website. The naturalistic painting on that pair and the treatment of the leaves identify them as the production of the Chelsea ‘in-house’ decorating workshop.

This bird has the brilliant palette and flower painting that one also finds on Charles Gouyn, ‘Girl-in-a-Swing’, figures and wares and also occasionally on Dry-Edge Derby pieces.

The distinctive type of painting is the work of an independent London enamelling studio which can be plausibly identified as the work of the James Giles workshop which was active in Kentish Town, three miles north of Giles’s Soho retail establishment.

It is probable that the decoration was arranged through William Duesbury whose role as an intermediary as a ‘Chinaman’ in having pieces decorated is clear as he sometimes specifically states that pieces are to be enamelled.

Another example of our finch also has the typical flower painting that is often associated with Charles Gouyn’s ‘Girl-in-a-Swing’ factory (see Elizabeth Adams, Chelsea Porcelain, 2001, p. 47, fig. 5.4), Adams attributes this figure to the St James’s factory (as did we when we sold it to her some years ago!), but we now consider this and our birds to be Chelsea porcelain but decorated by one of the same enamellers that also worked on pieces supplied by Charles Gouyn.

Under both long and short wave ultra-violet light this bird and the Chelsea factory decorated pair on our website fluoresce identically.

Losses to leaves, small chip to base, no restoration
Email Enquiry