Charles Frodsham, No 2167. A fine and small mahogany wall regulator. Circa 1905. 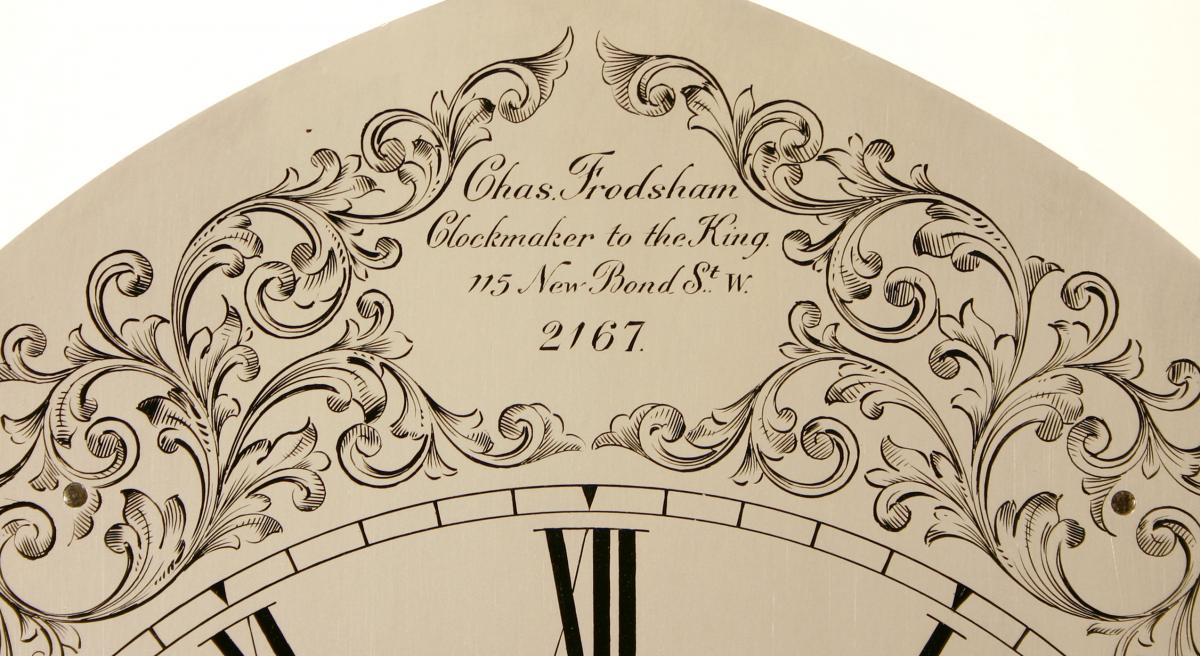 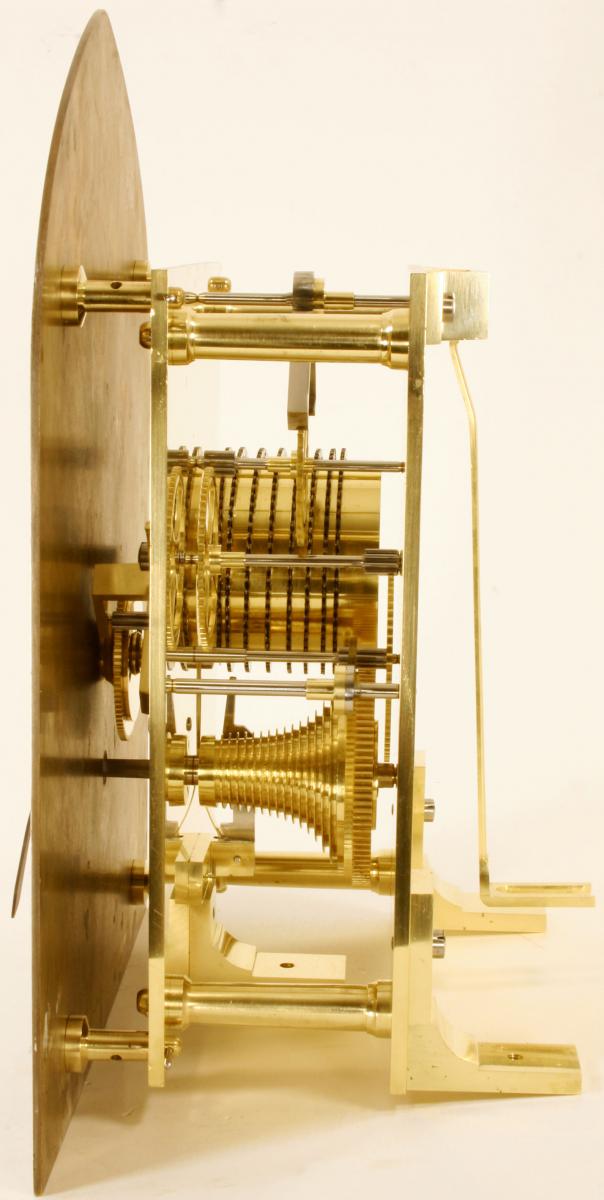 A beautifully proportioned small mahogany wall regulator in a style much favoured by the Frodsham Company.  The mahogany case with an arched top and bevelled corners to both the top and to the trunk of the case.  There is a strong moulding below the face and then a full length opening glazed door.

The bottom of the case finishes with an under-cut moulding in the Viennese style.  The case is veneered with well chosen flame veneers and all the doors are tight dust proof fits.

The very attractive 19 cm silvered brass dial has engraving at the top of the dial with the signature Charles Frodsham, Clockmaker to the King, 115 New Bond Street, 2167 in a cartouche in the top of the arch.  There is further engraving at the bottom of the dial to take the place of spandrels.  The dial has bold Roman numerals and well shaped and highly visible hands.

The steel rod and steel jar mercury pendulum is a nice feature.  It has a slim steel mercury jar with graduations to the top with a well shaped T-bar to enable the pendulum to be held straight while the jar itself is screwed up or down.  It terminates in a shaped pointer which oscillates in front of the beat plaque.

The fine quality eight day chain fusee movement has a plain back plate with full signature for the maker.  The substantial plates are separated by shouldered pillars pinned at the front.  The movement employs Graham’s deadbeat escapement and has maintaining power.

The Frodsham family is one of the most famous in English horology.  It is also extremely complex and Charles’ father, William James Frodsham who was in partnership with William Parkinson at the beginning of the 19th century, had 10 children, six of whom were to become watchmakers, the most important of which was Charles Frodsham himself.

Charles was born in 1810 and was apprenticed to his father for seven years.  From a very early age it was obvious he had great skills and he submitted a chronometer for premium trials gaining second prize prior to having completed his apprenticeship.

The business prospered and moved from various places starting with Change Alley and ending up at 115 New Bond Street, the address on this clock.

The move to New Bond Street took place in 1894 when 84 The Strand, their previous address, was pulled down to make way for a hotel.  The firm was particularly noted for its chronometers and watches but also produced fine carriage clocks and a number of regulators.

As far as the regulators were concerned they produced appreciably fewer than for example Dent produced and made two distinct types.  Firstly, the observatory type regulators, mostly floor standing, and secondly domestic regulators most of which were spring driven and almost always in very attractive wall hanging cases.