The Chaise Match After James Seymour 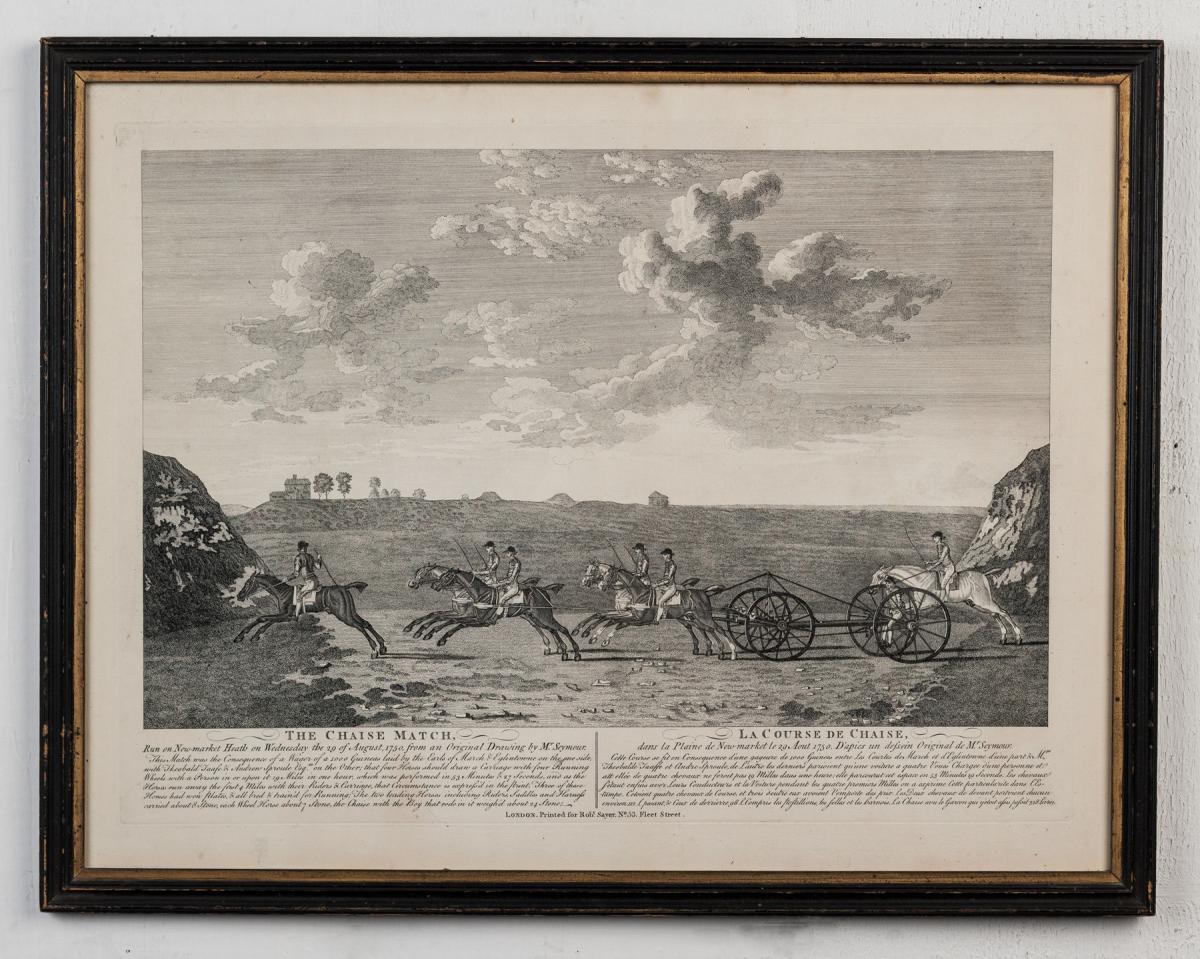 The facts of the occasion recorded in the script beneath, in English to the left and French the right. (A chaise was a four-wheel carriage (or chariot/chaise)).

Published circa 1750 by Robert Sayer No.53 Fleet Street; within the original ebonized moulding frame with gilt sight. 21.75 in x 17 in.

Theobald Taafe was from an Irish Catholic family who married a wealthy English heiress and then set about squandering the fortune on high living. During the year of this wager, Taafe was a close running mate with the Duke of Bedford and Lord Sandwich, spending their whole summer in 'riot and gambling'.

The year after, Horace Walpole described the Irishman as 'a gamester, usurer, adventurer, and of late has divided his attentions between the Duke of Newcastle and Madame Pompadour, travelling with turtles and pineapples in post-chaises, to the latter, flying back to the former for Lewes races-and smuggling Burgundy at the same time'. 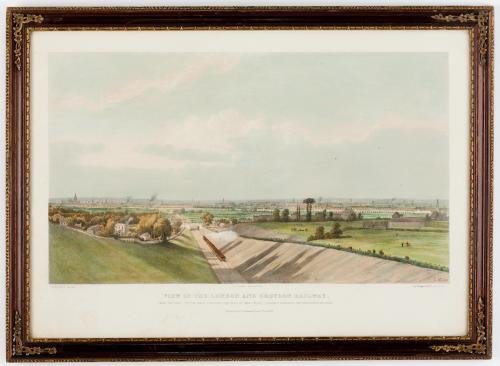 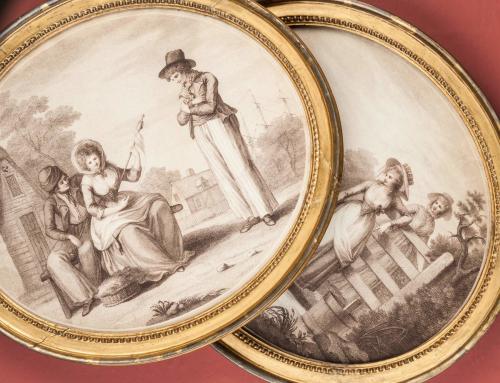 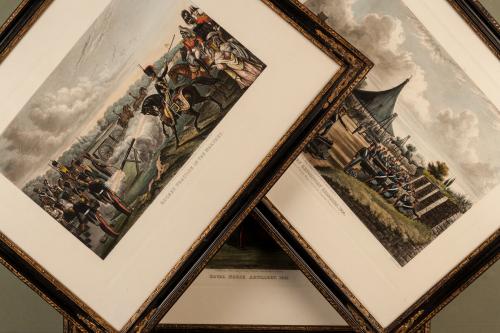 Woolwich Circa 1845
Walpoles
View all from this dealer