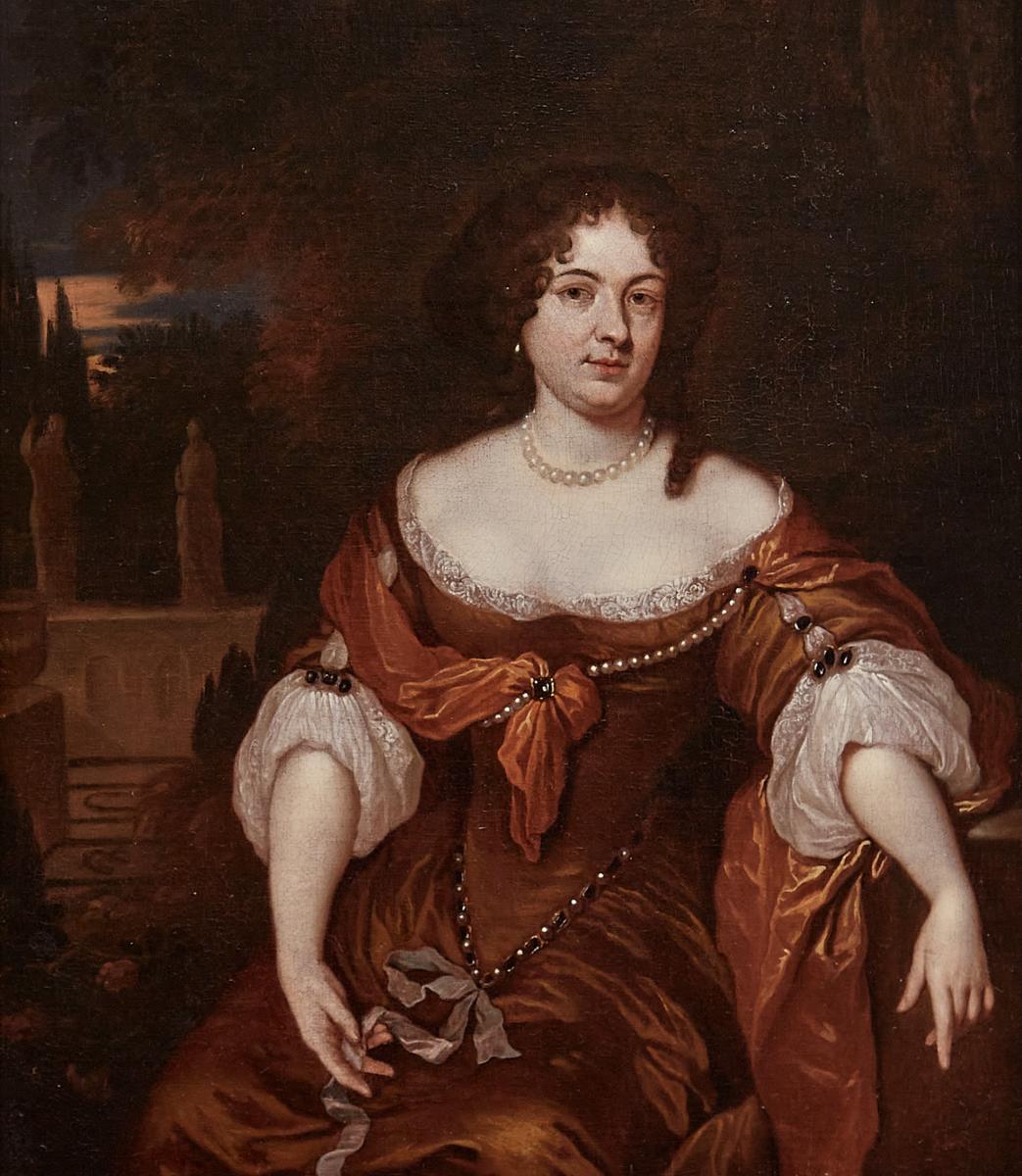 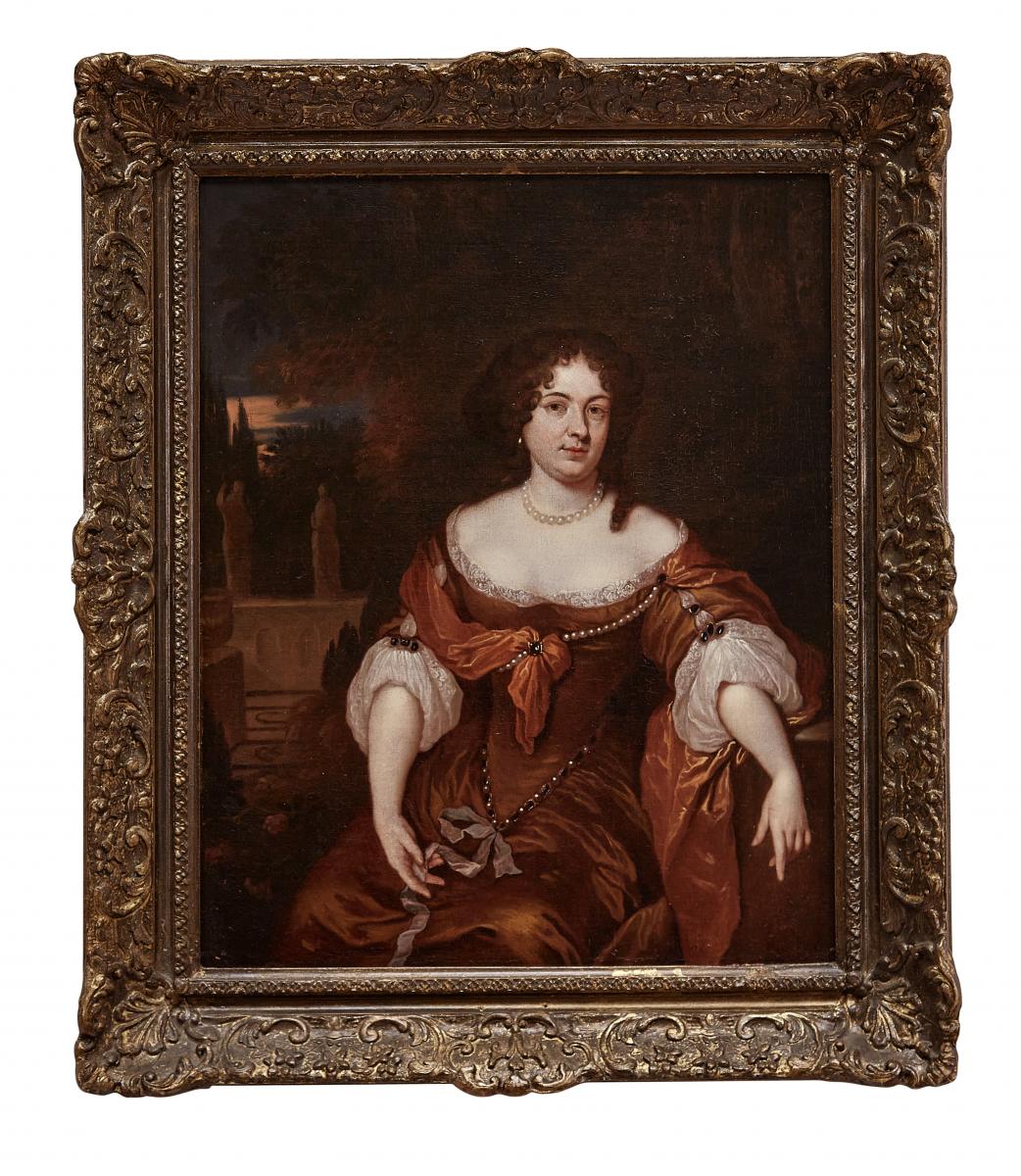 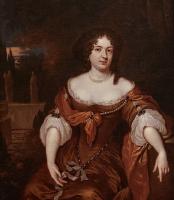 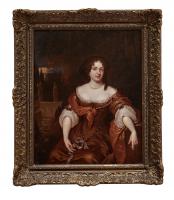 Portrait of a Lady in an ornamental garden, c.1680.

Portrait of a lady by Caspar Netscher, c. 1680, three-quarter length, seated on a garden terrace, wearing a russet coloured gown adorned with pearls and jewels, with classical statues in the garden beyond. Oil on canvas in a burnished giltwood period frame.

Caspar Netscher (Heidelberg 1639-1684 The Hague) was a Dutch painter of German origin. His father was the German sculptor Johann Netscher and his mother the daughter of Vetter, Mayor of Heidelberg. At an early age Caspar went to Arnhem where he was apprenticed to Hendrik Coster, a still-life and portrait painter and in around 1654 he moved to Deventer where he completed his training in the workshop of Gerard ter Borch.

In 1659 he married Margaretha Godjin and settled in The Hague, where he joined the Painters' Society Pictura in October 1662. In his early career he painted mostly genre scenes but after 1667 portraits became his main interest. He followed the elegant, aristocratic court style of The Hague followers of Anthony Van Dyck, Adriaen Hanneman, Jan Mijtens and Jan de Baen but rather than work on a life-size scale popular with these painters, he chose to paint his portraits in the same smaller format as his genre paintings.

In his backgrounds he often added elements such as parks, fountains and sculptures, not just for decorative purposes but sometimes containing some symbolic reference to the sitter. From the 1670's until his death, Netscher was the most sought-after portrait painter in The Hague. His sons Theodorus and Constantijn were also artists and worked with him in his studio. A pair of hounds in a landscape by Henry Frederick Lucas-Lucas (c.1848-1943)
Isherwood Fine Art Ltd 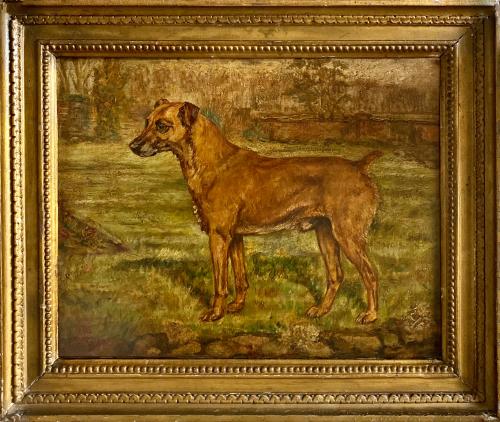