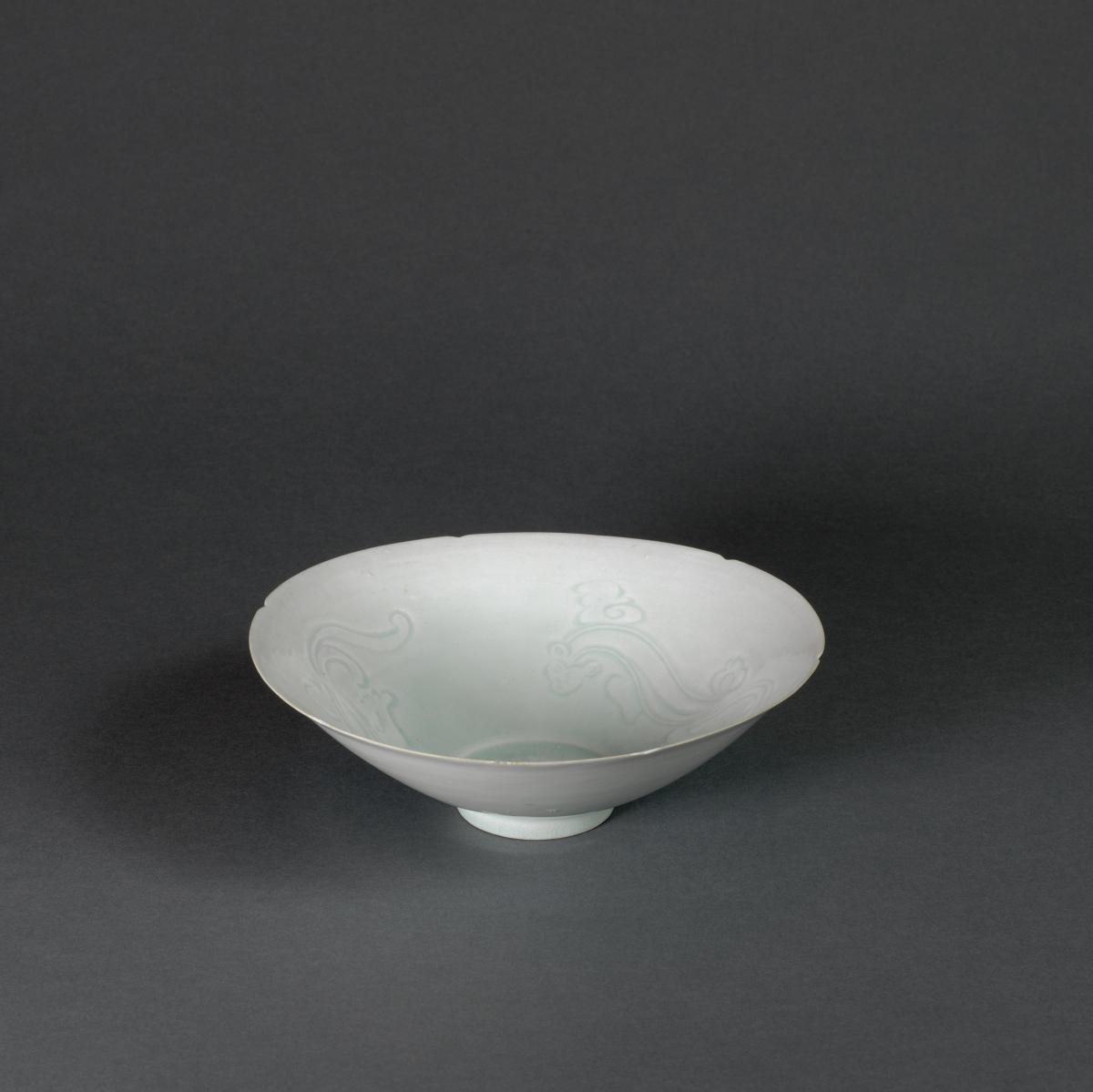 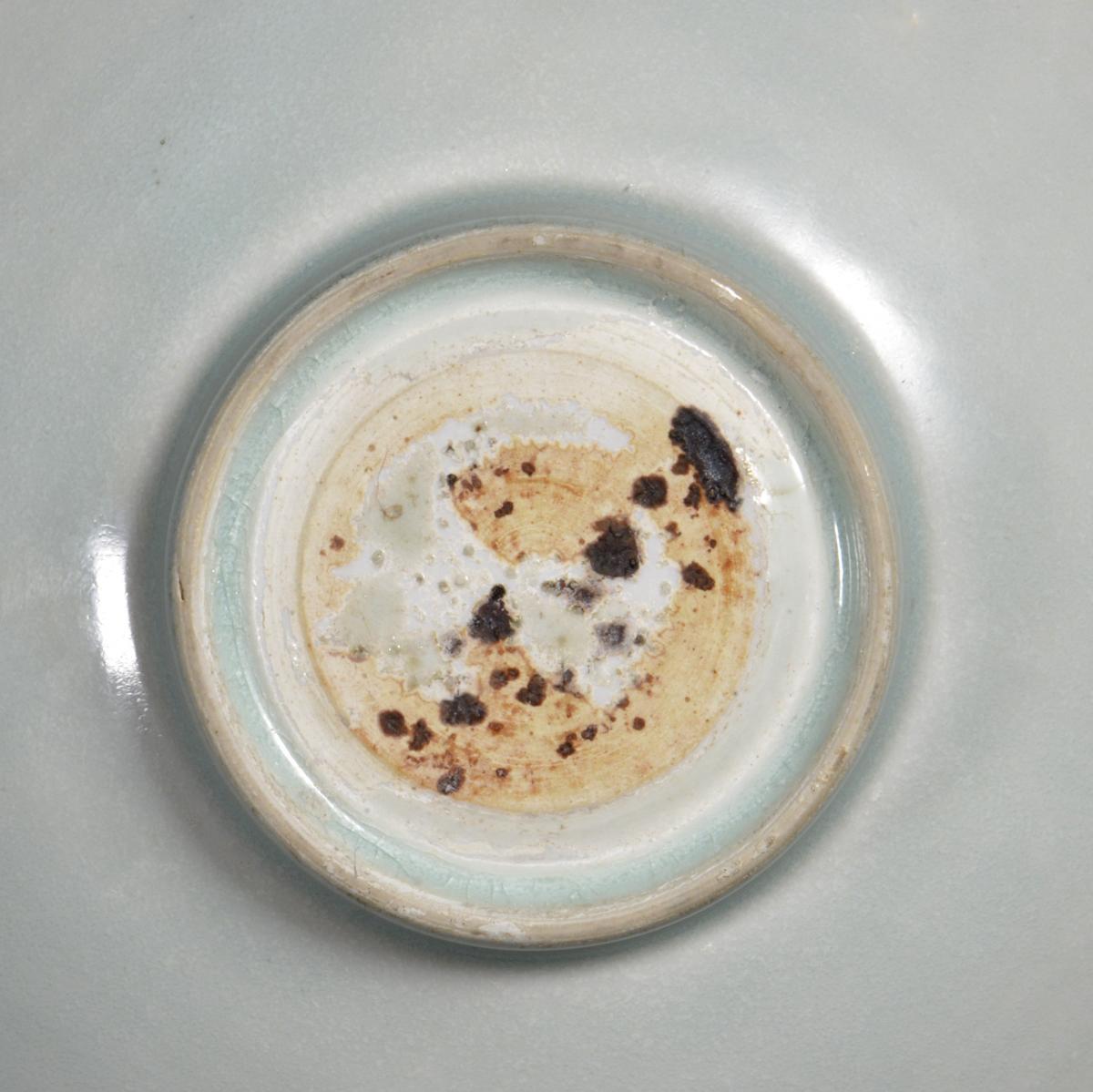 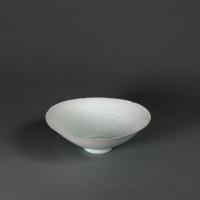 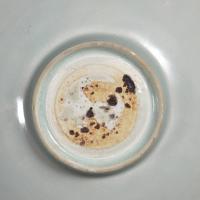 The bowl is finely potted with gently rounded sides rising to a rim lightly notched to form six lobes, all supported on a low tapered foot with narrow footrim. The interior is deftly carved with a pair of chilong, each with sinuous body, bifurcated tail and turned feline head, chasing each other in the well of the bowl around a squarish cloud-like element in the slightly recessed centre. A glaze of very light greenish-blue is applied overall, pooling to a deeper tone in the recesses of the carving. The foot has an unglazed area on the underside, showing the fine white ware and traces of the firing support.

Chilong, smooth-bodied rather feline dragons, are seen mostly on Han dynasty jades, and their appearance on porcelain, as here, would have felt distinctly archaistic to someone from the Song dynasty. A comparable  bowl is in the Museum of Oriental Ceramics, Osaka, illustrated by Stacey Pierson in Qingbai Ware: Chinese Porcelain of the Song and Yuan Dynasties, no. 21, p. 64. Another is illustrated by Rose Kerr, Song Through 21st Century Eyes, Fig 2-27, p.122.