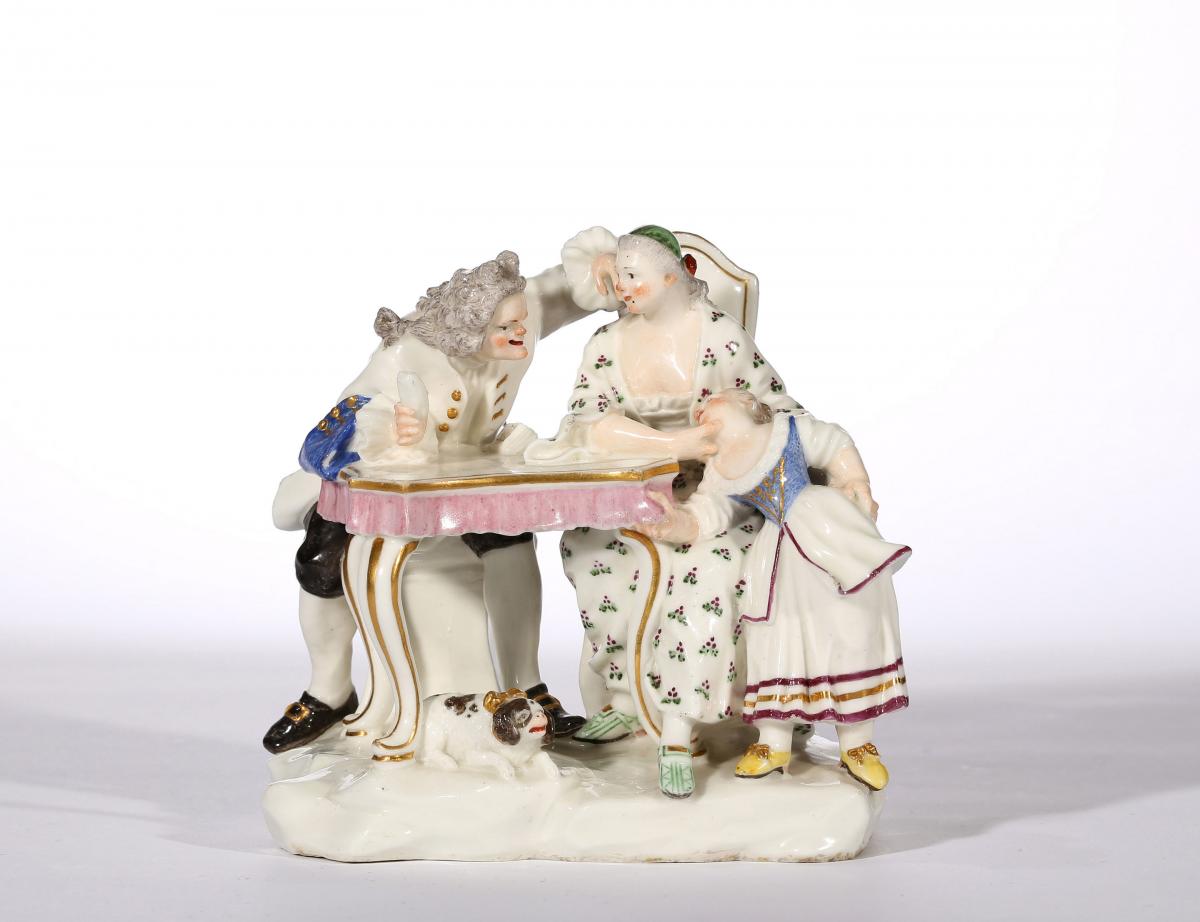 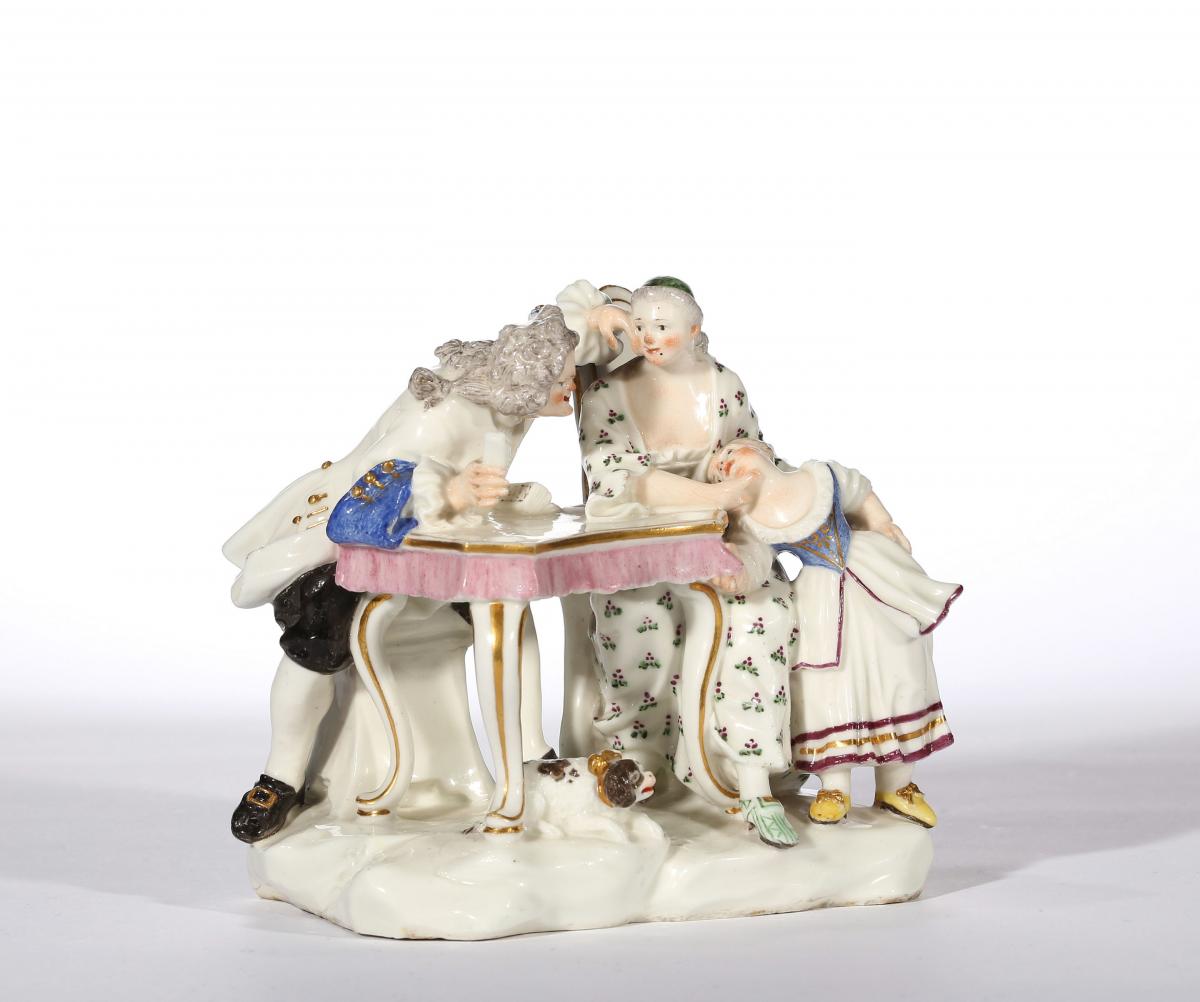 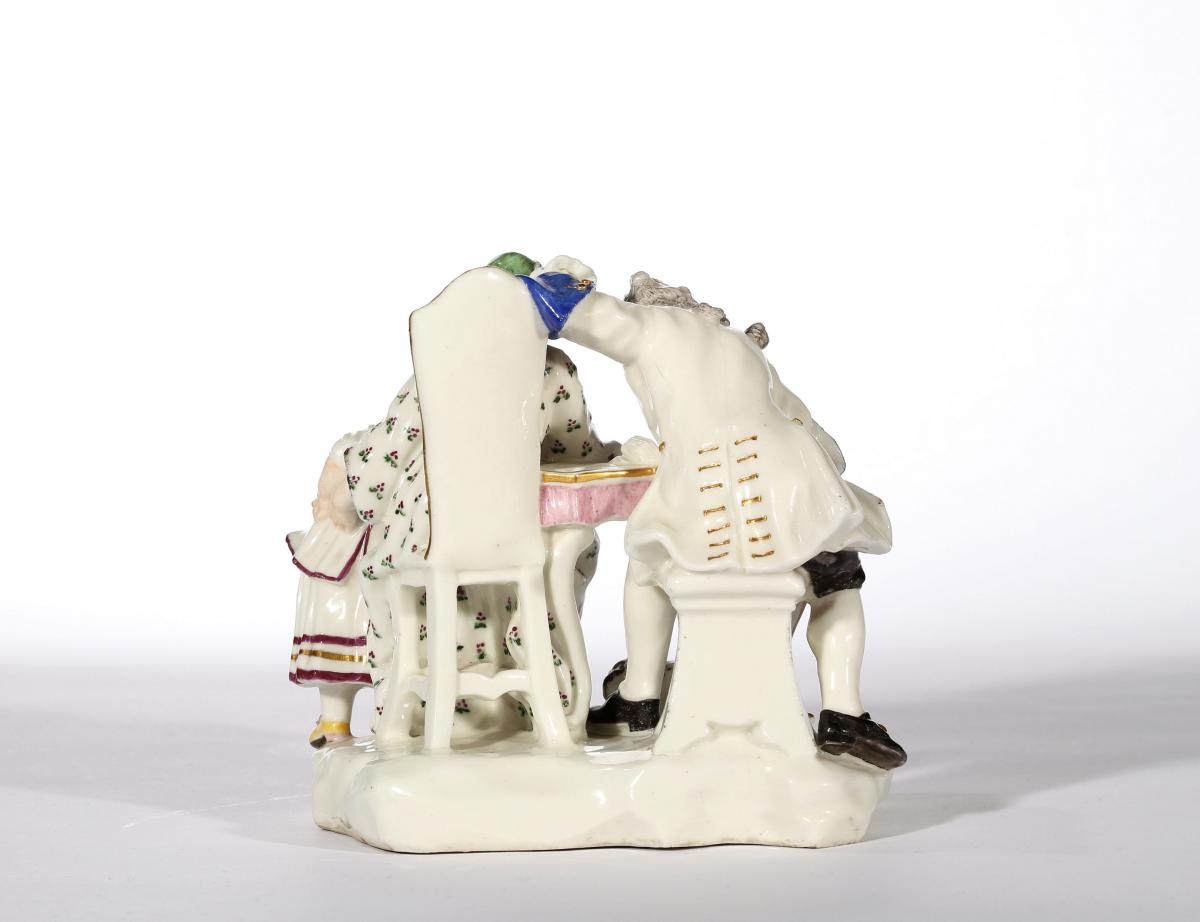 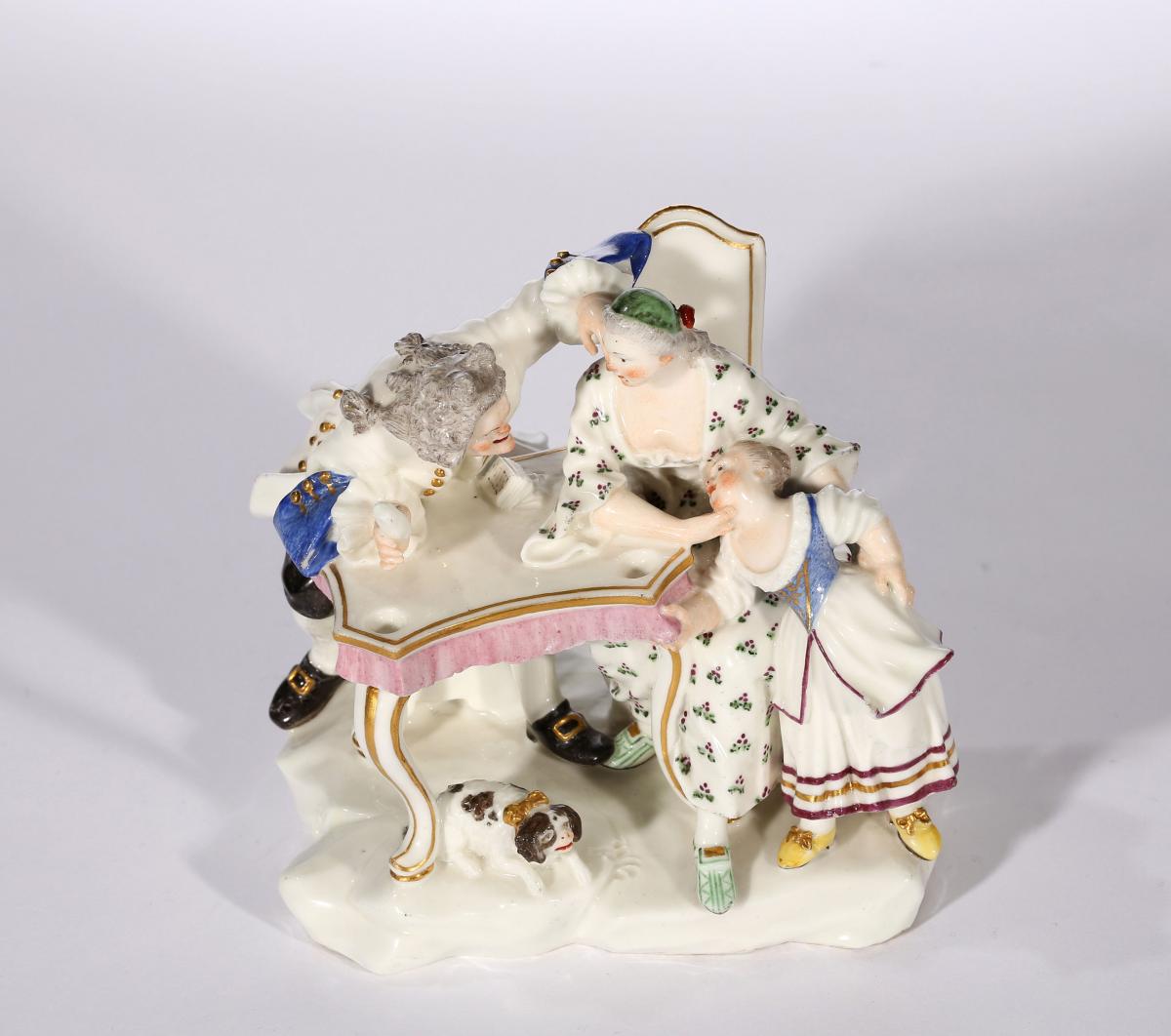 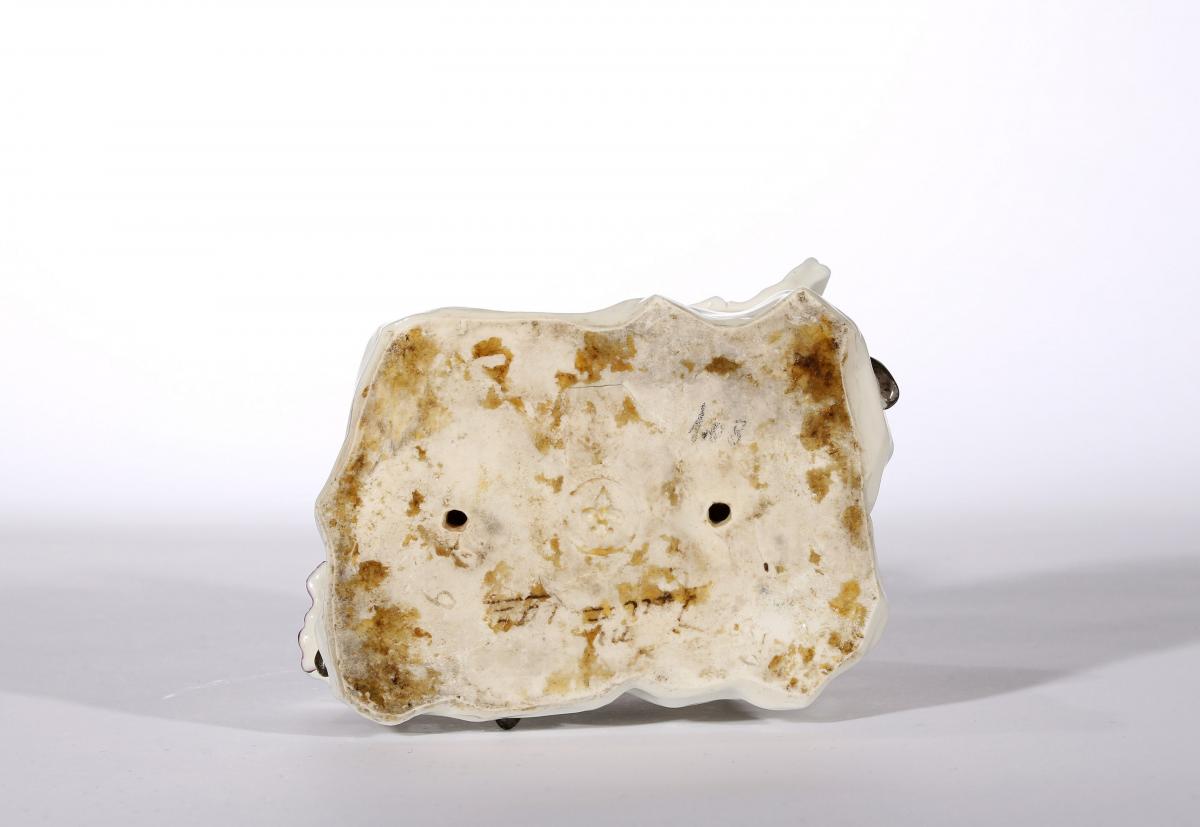 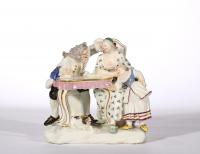 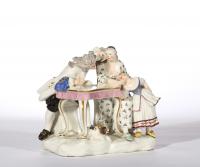 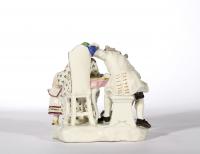 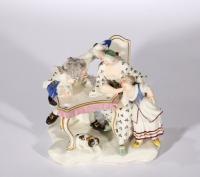 The subject is a warning against the sins of gambling. They are seated around a card game table with her child to one side.

The man is significantly older than both mother and daughter, and he has put his left foot over the foot of the elegantly dressed lady, perhaps a symbol of his power over her.

Under his arm is a pile of small rectangular pieces of paper that could either be loan-sheets or a pack of playing cards. In his right hand he holds money or papers. Gambling was a popular pass-time for women of the higher social class.

The first gambling house was opened in Venice in 1638. It was sanctioned by the government in order to control gambling activity. The dangers of gambling were a well-known theme in prints which circulated Europe at the middle of the 18th century.

The only other recorded example of this model is in the Metropolitan Museum of Art, Gift of Irwin Untermyer, 1964, accession Number: 64.101.346. (Published by Y. Hackenbroch, Meissen and other Continental Porcelain in the Irwin Untermyer Collection (1956), fig. 208).

No restoration
Enquire via Email