Capital, Saint Nicholas and the Dowry for the Three Virgins, Flemish, Brabant, c. 1510 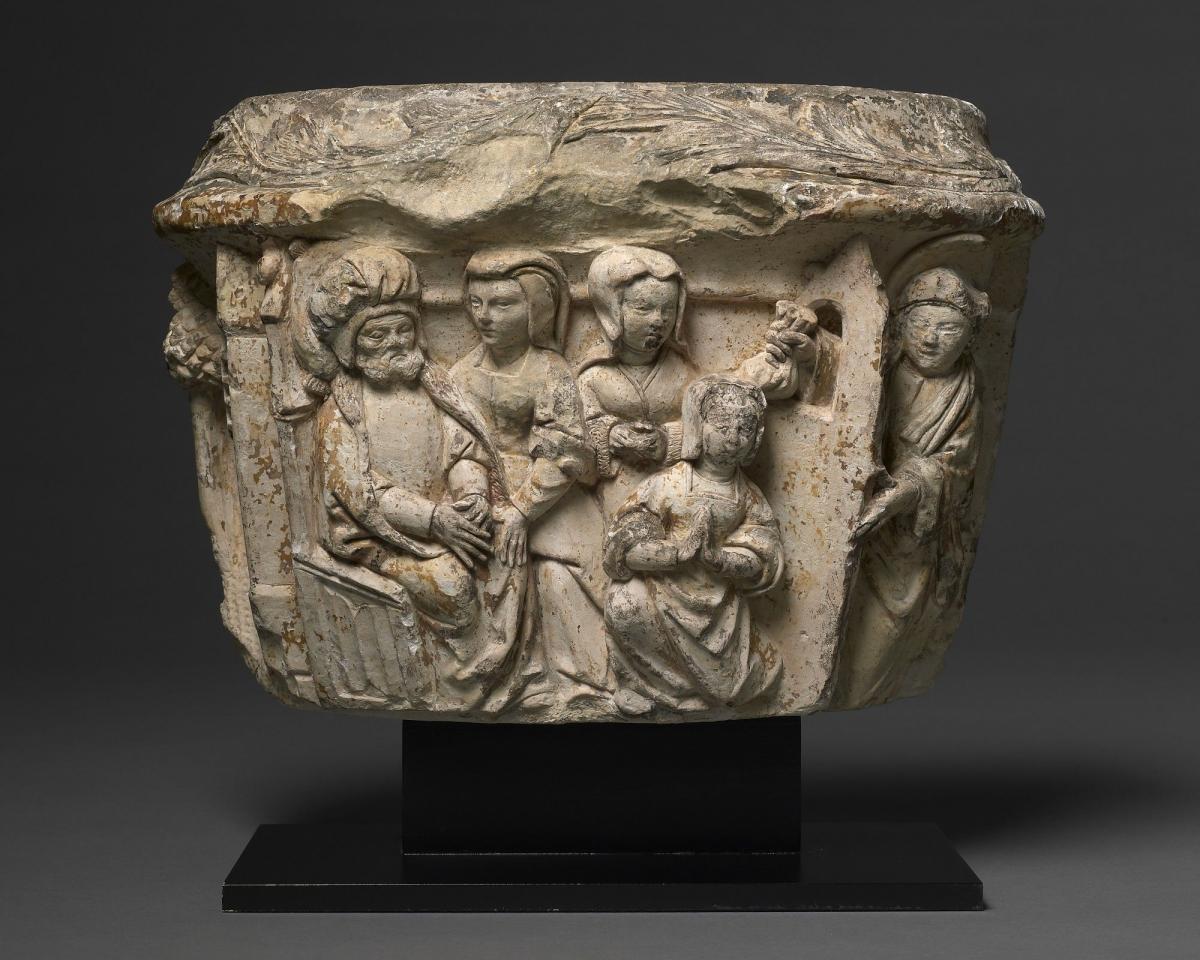 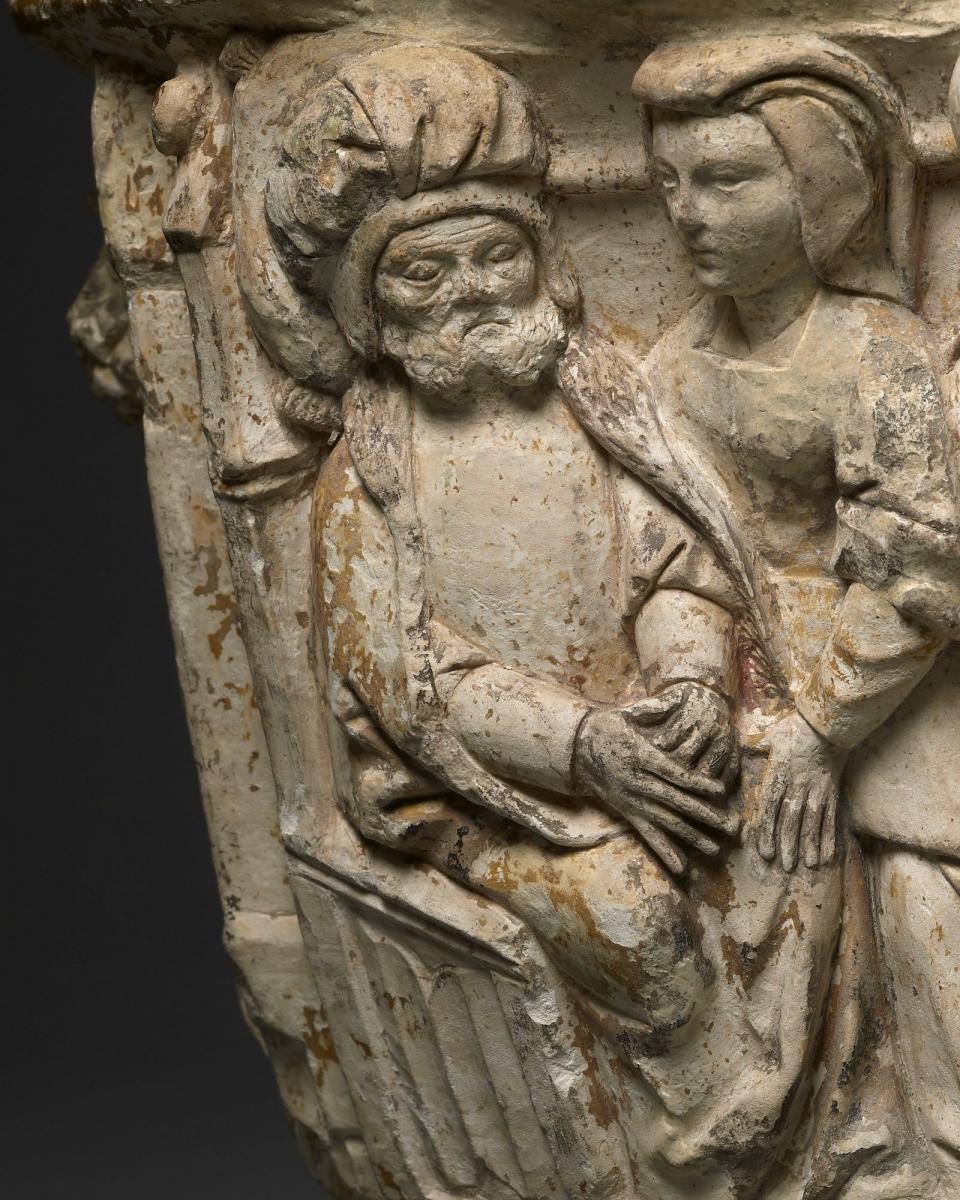 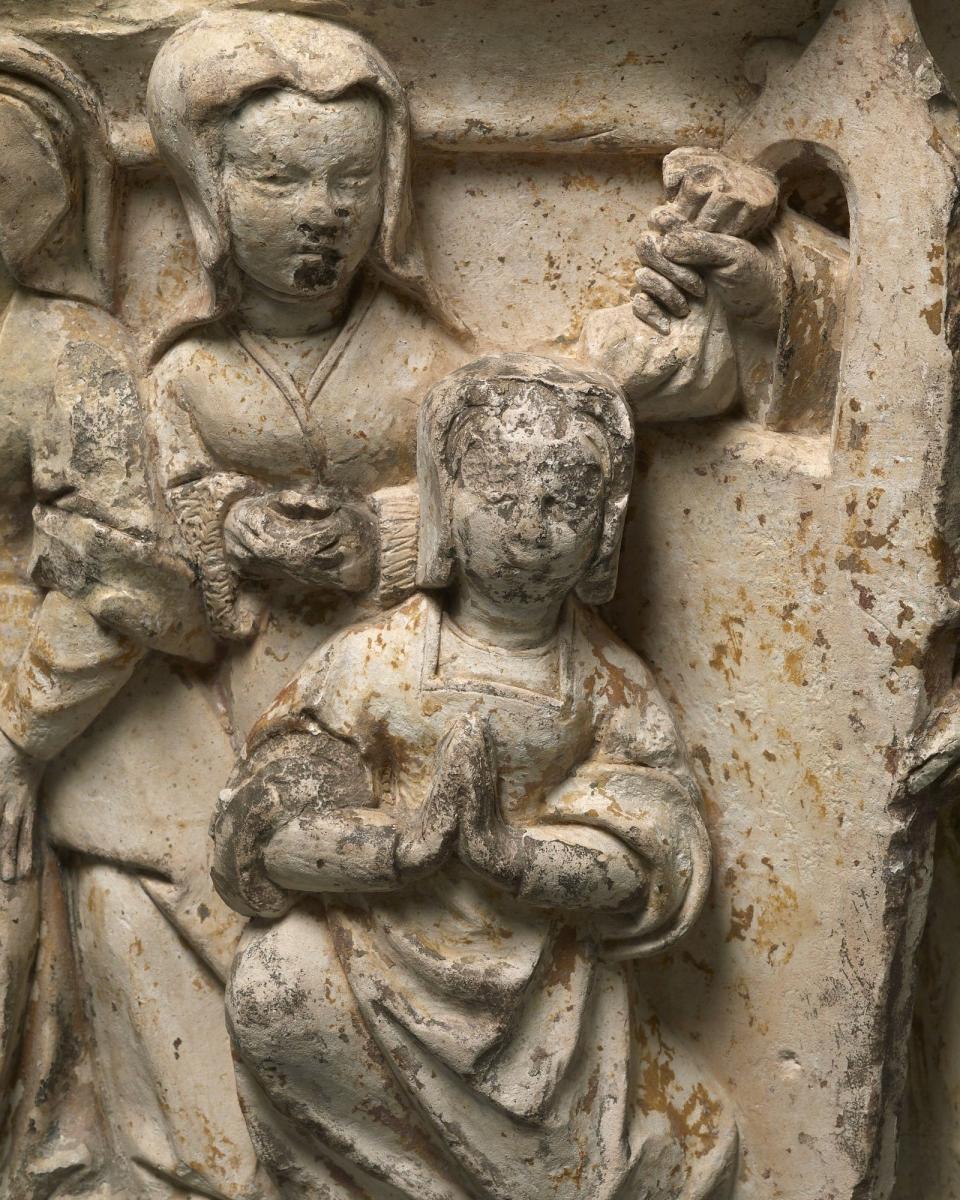 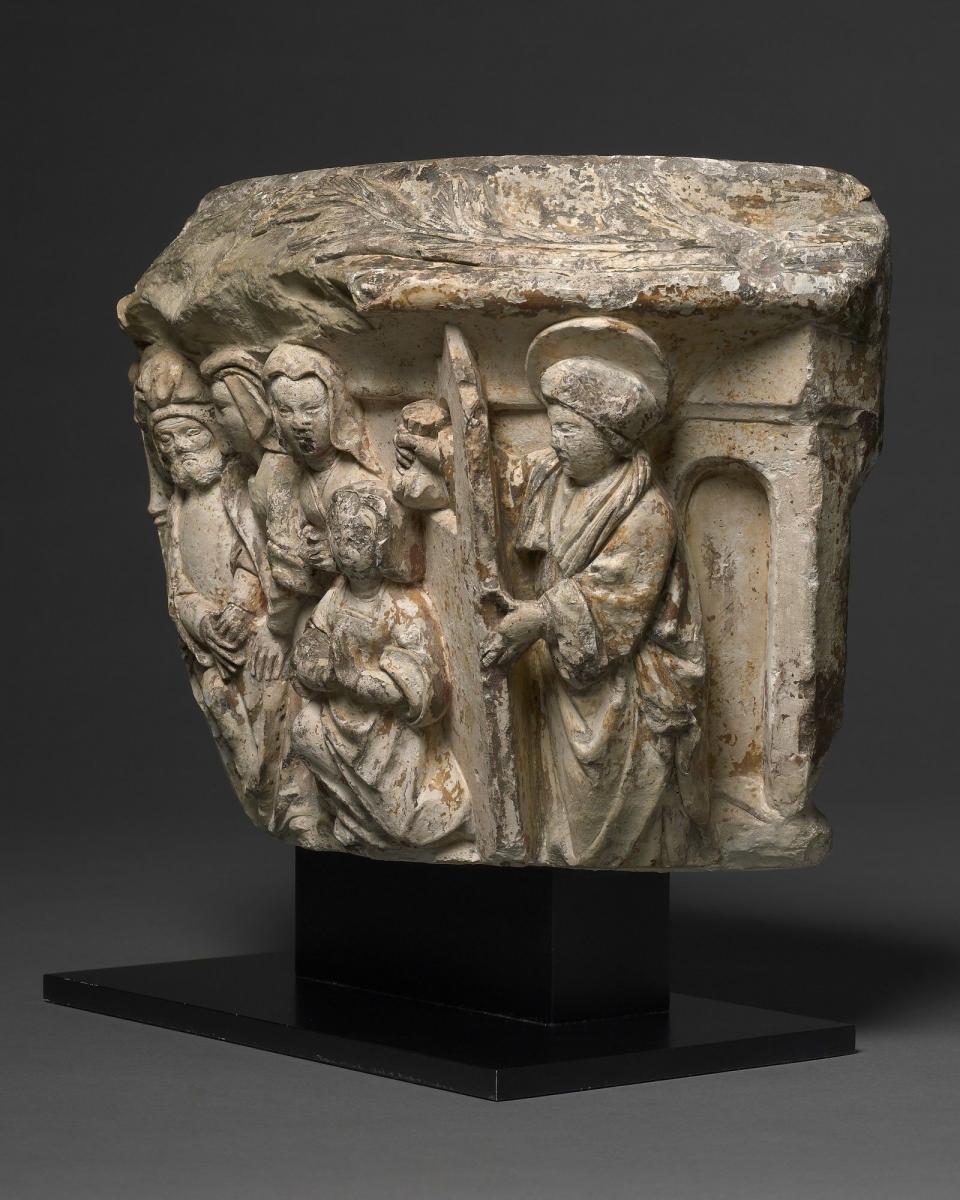 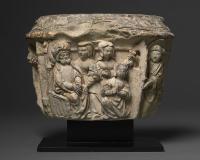 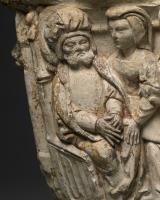 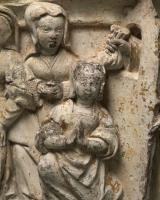 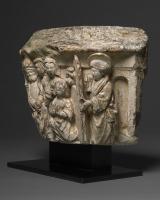 Saint Nicholas and the Dowry for the Three Virgins

Limestone, with traces of original polychrome

This beautiful limestone capital tells the story of Saint Nicholas and the dowry for the three virgins. According to legend, there was a devout but poor man who had three daughters.

He could not afford dowries for them with the consequence that they would all remain unmarried and may have had to turn to prostitution in order to survive. Hearing of their plight, Saint Nicholas decided to provide the dowries himself.

In order to save the father the humiliation of having to accept charity and to preserve his honour, Saint Nicholas assisted him secretly. In the scene depicted, the despondent poor man sits on a chair on the left side, his three daughters grouped in front of him, one kneeling with her hands in prayer.

Behind them is a wall with an open window through which the hidden Saint Nicholas, recognisable by his halo, passes a bag of money.

For additional images and information on this item click here