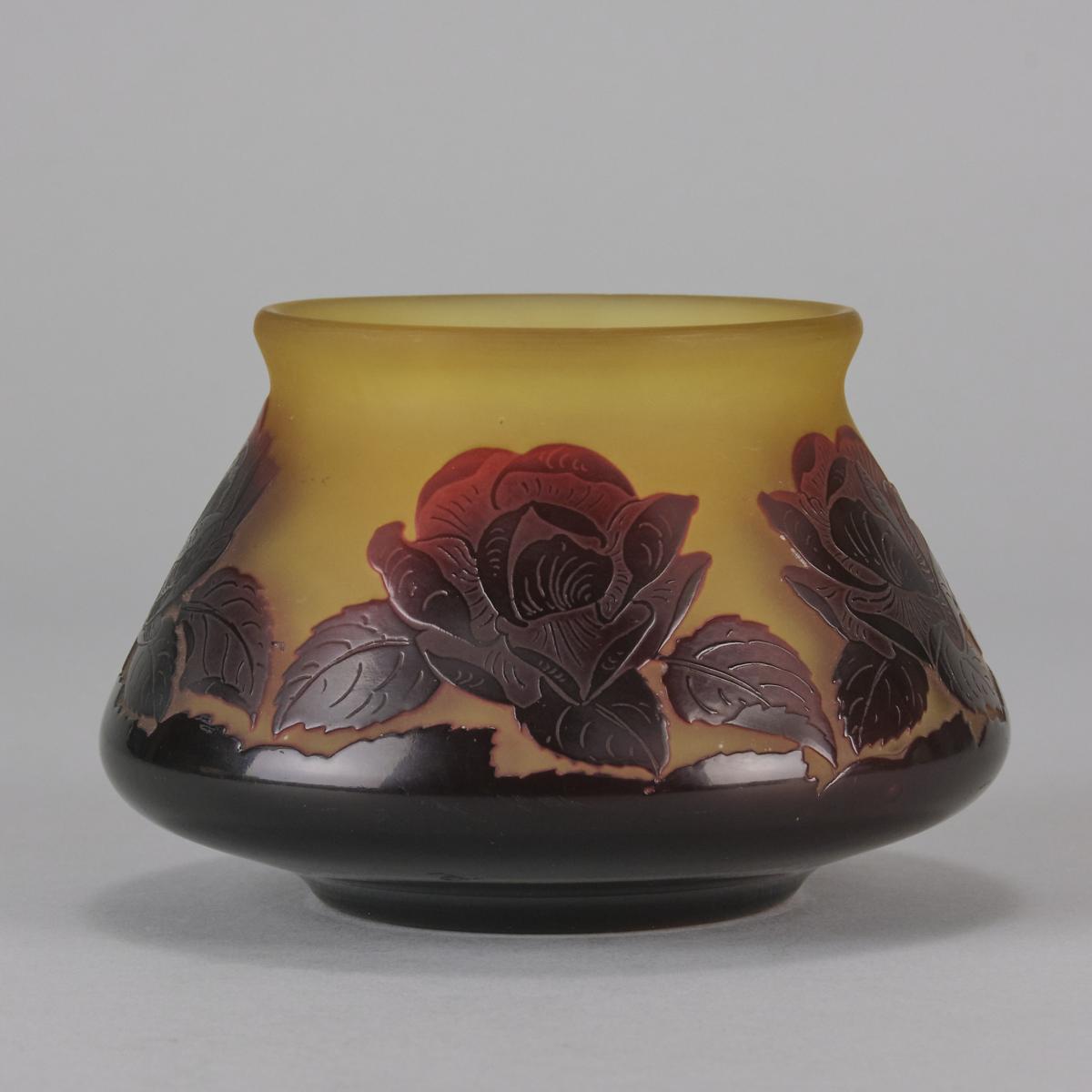 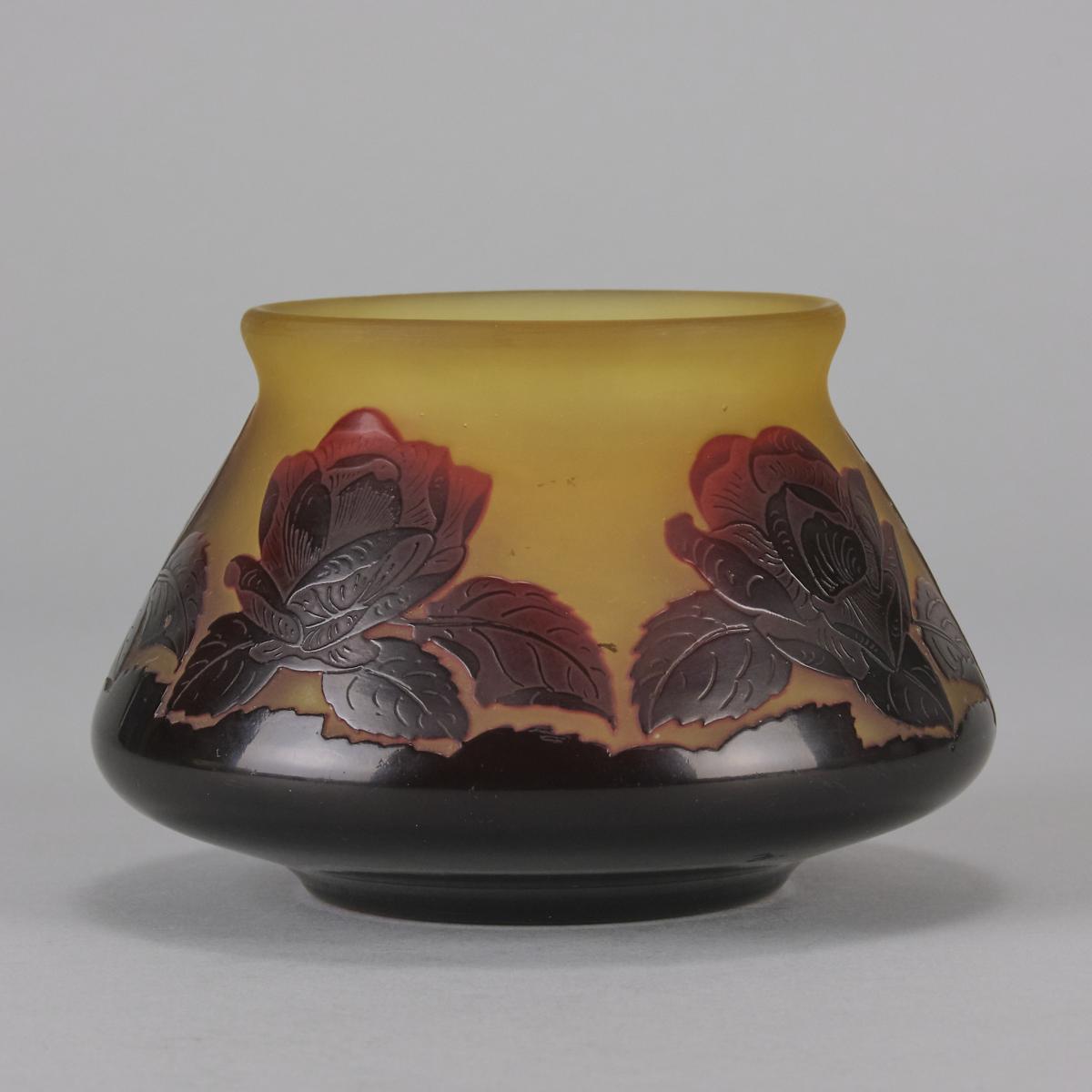 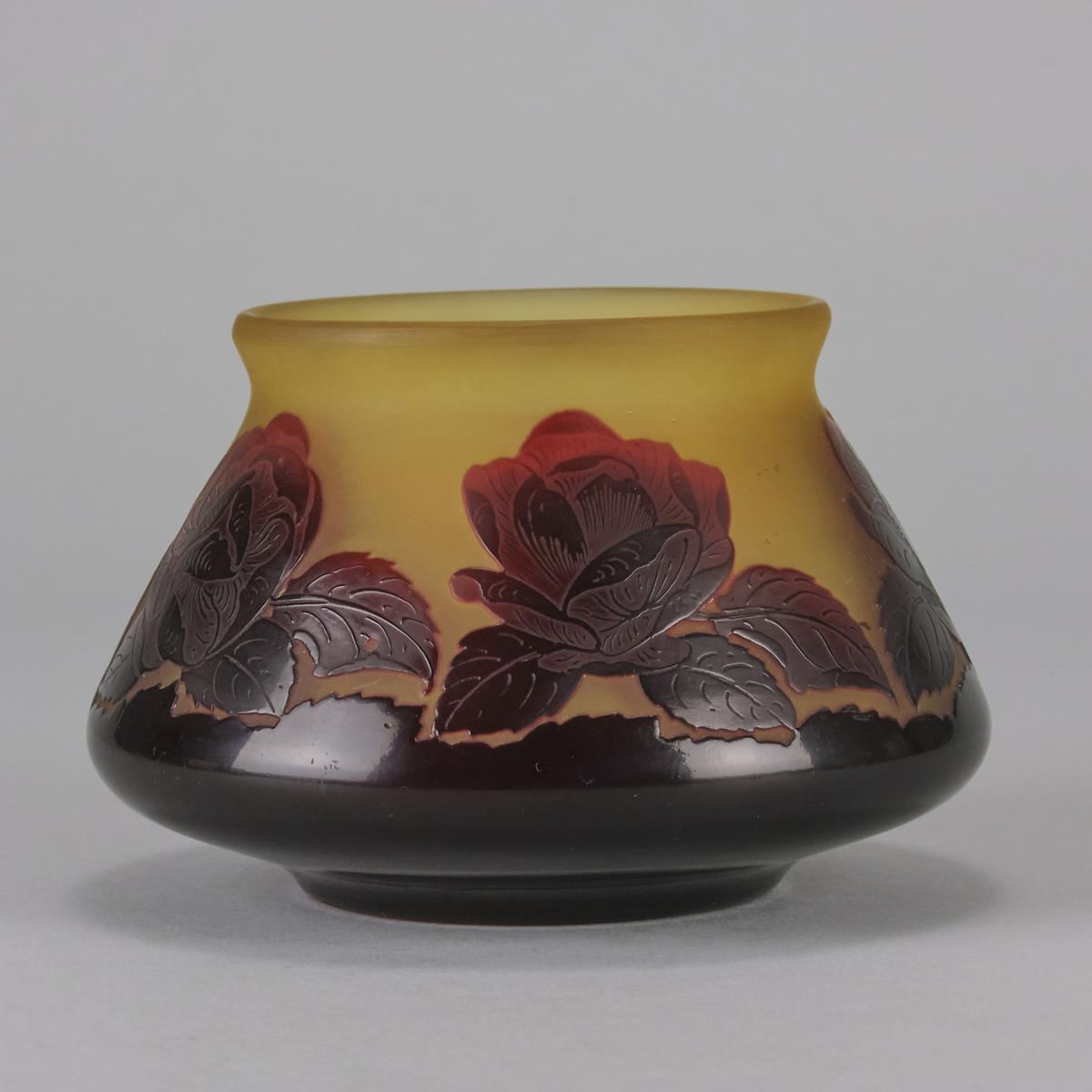 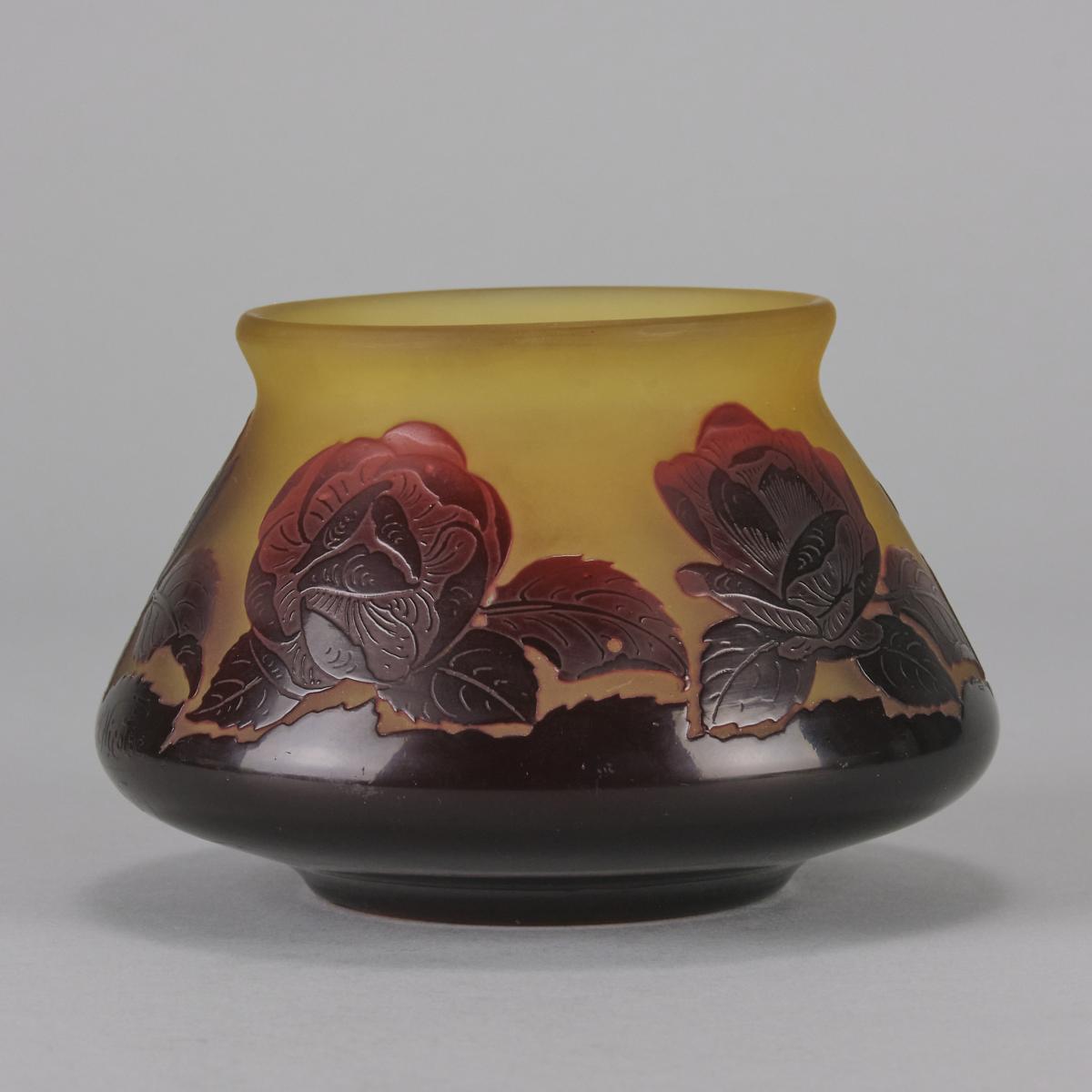 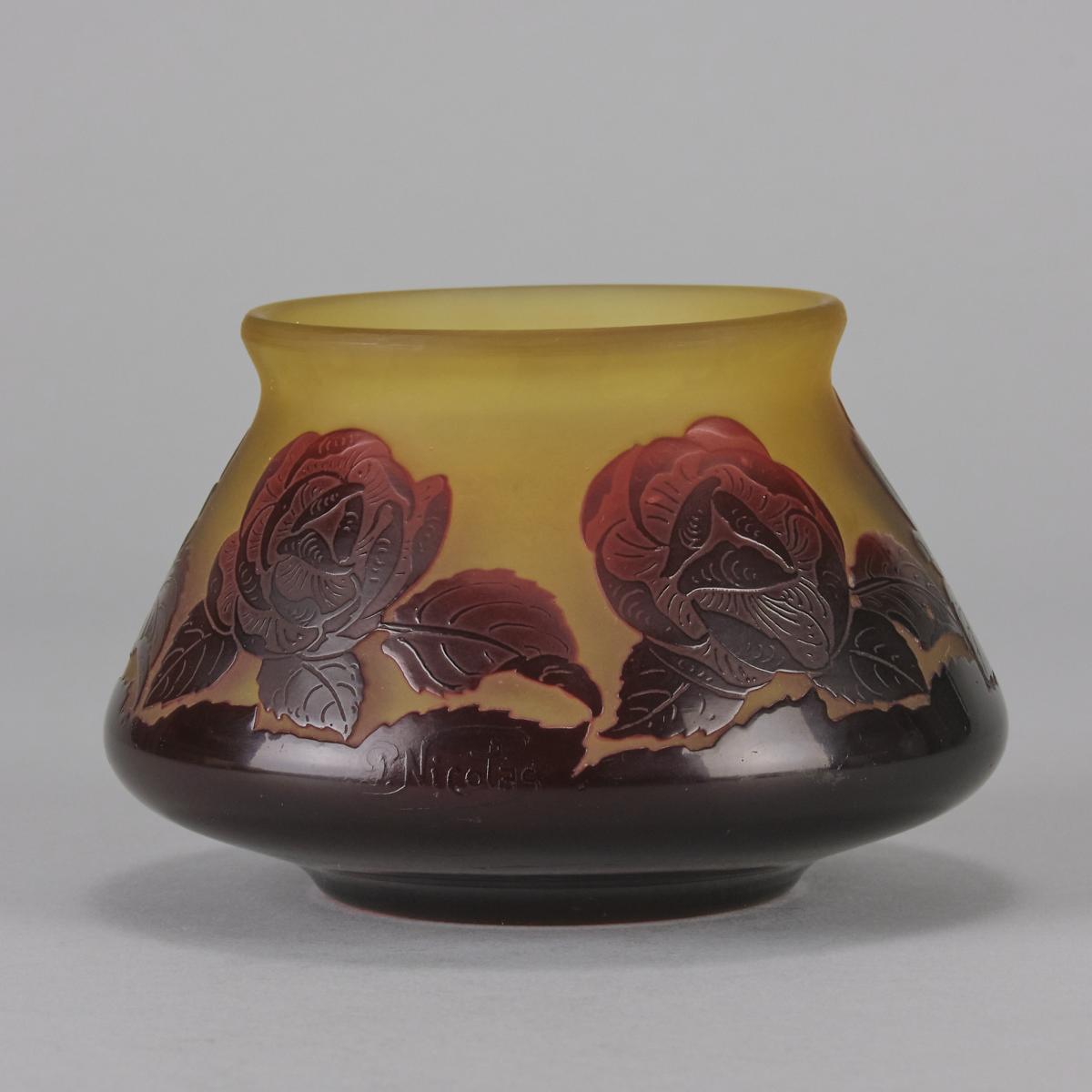 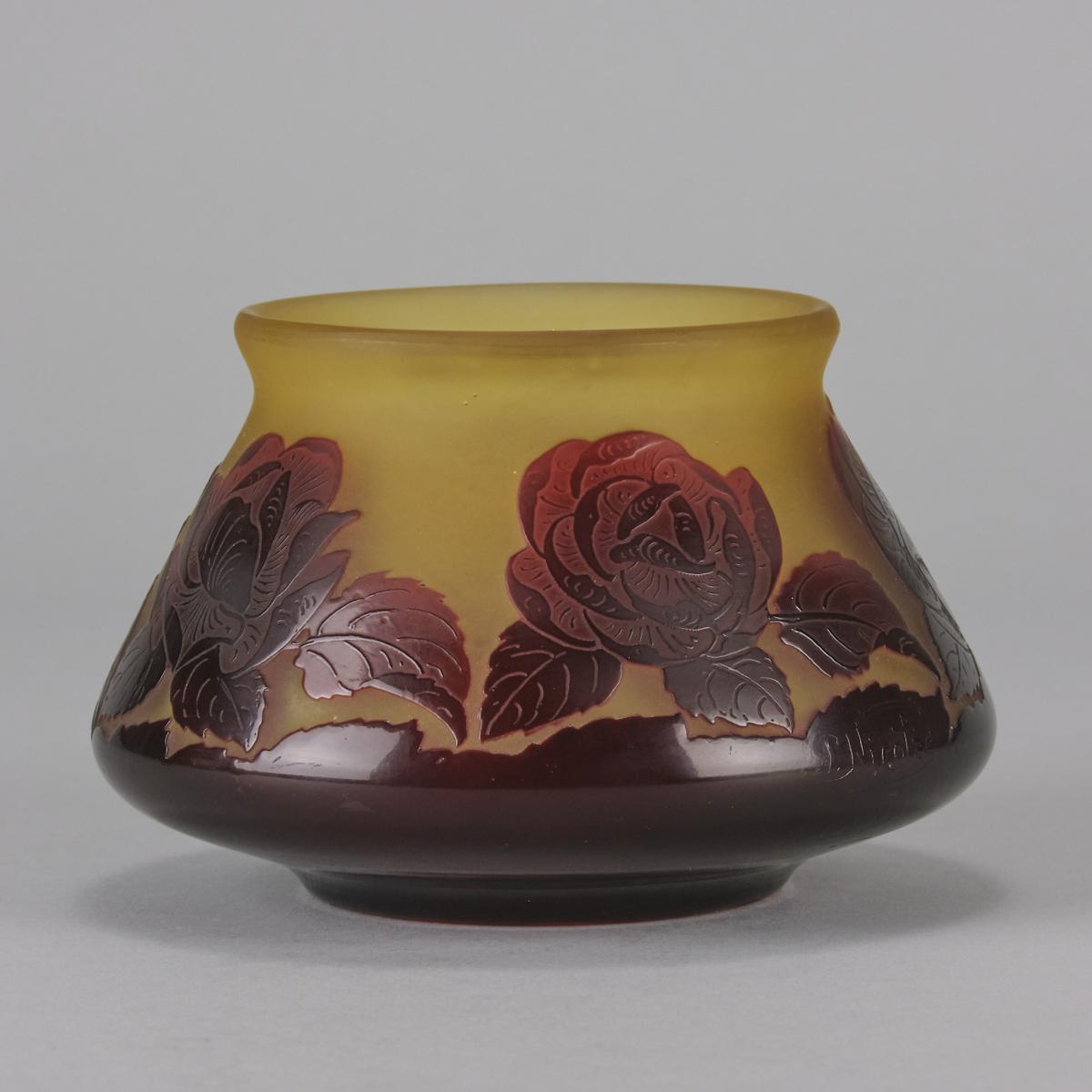 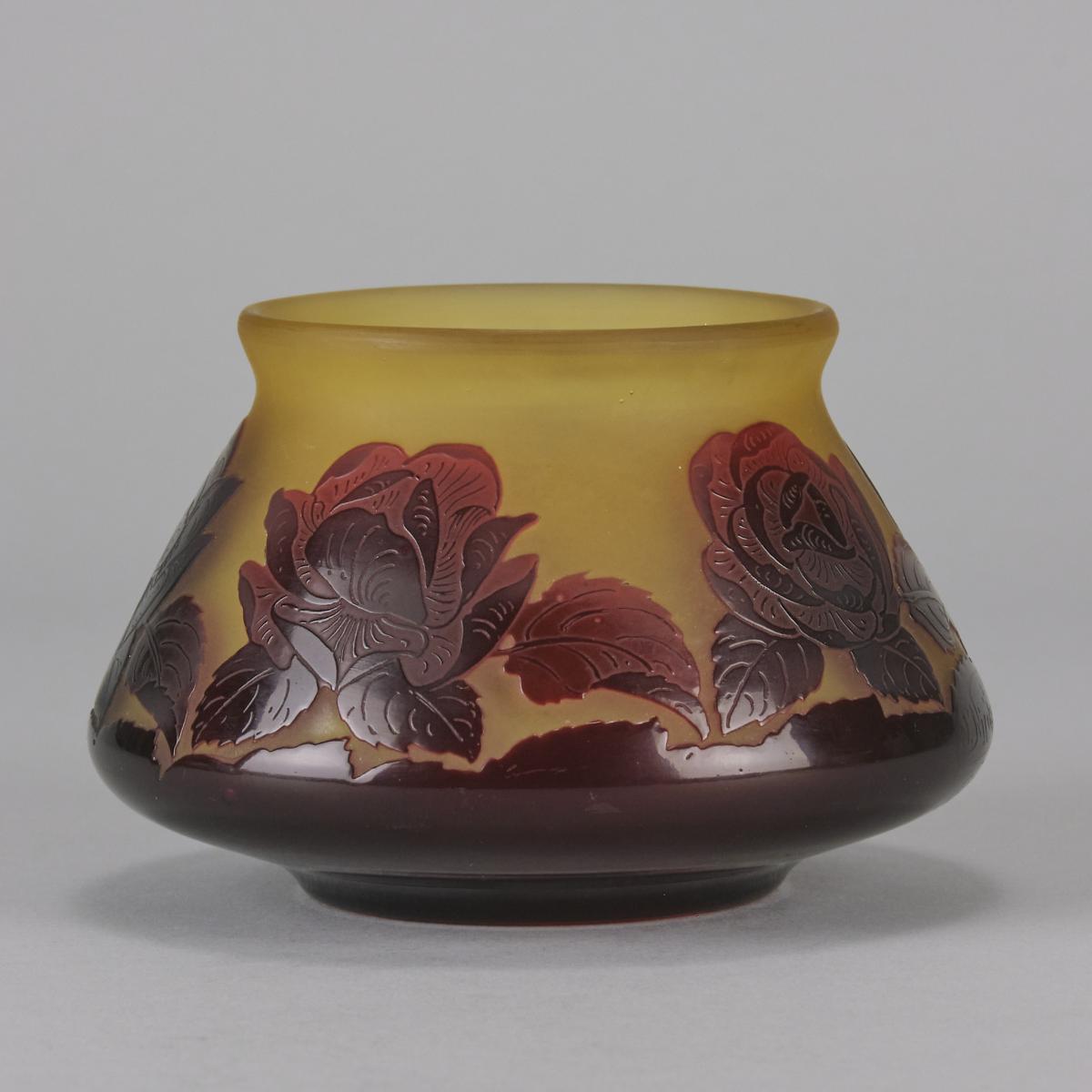 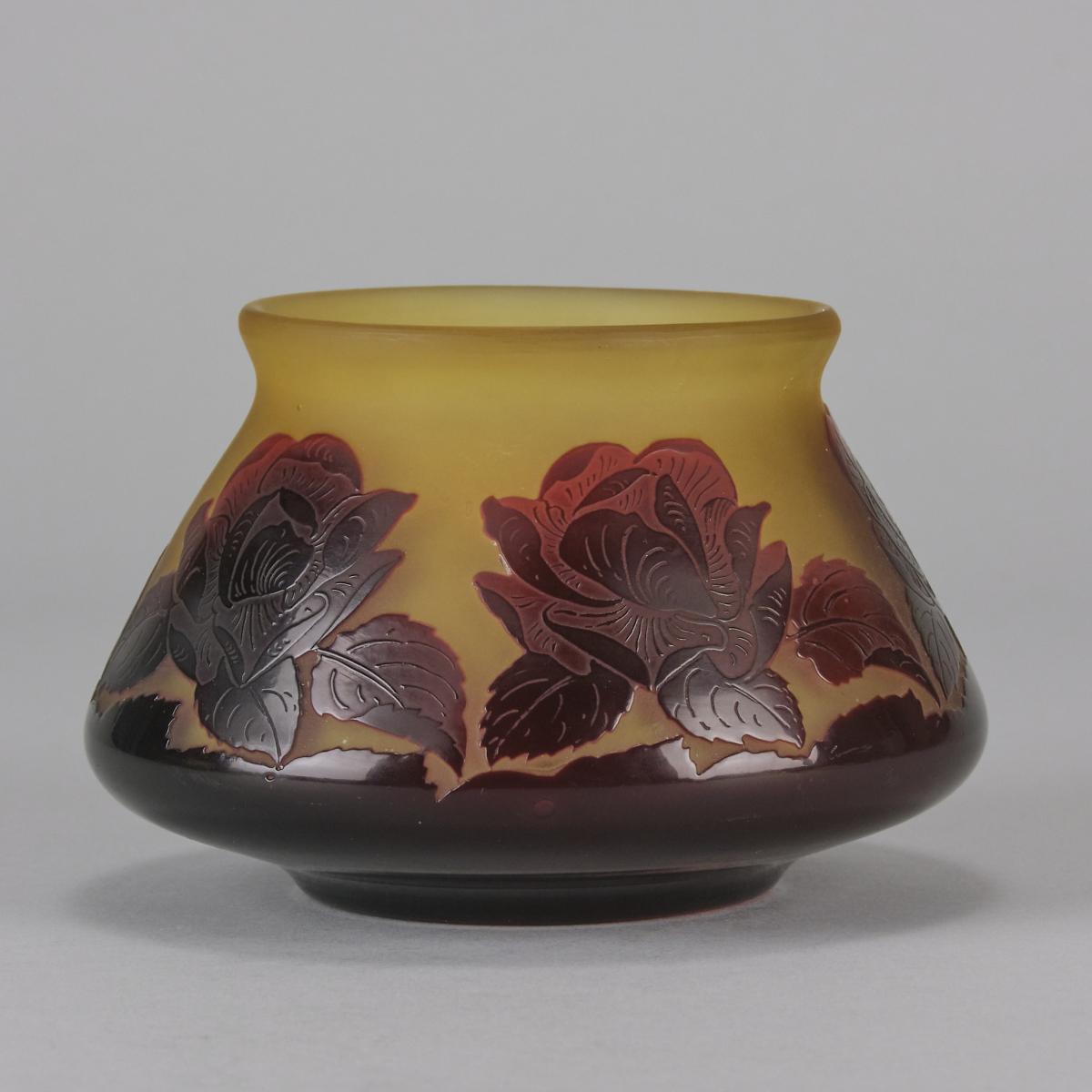 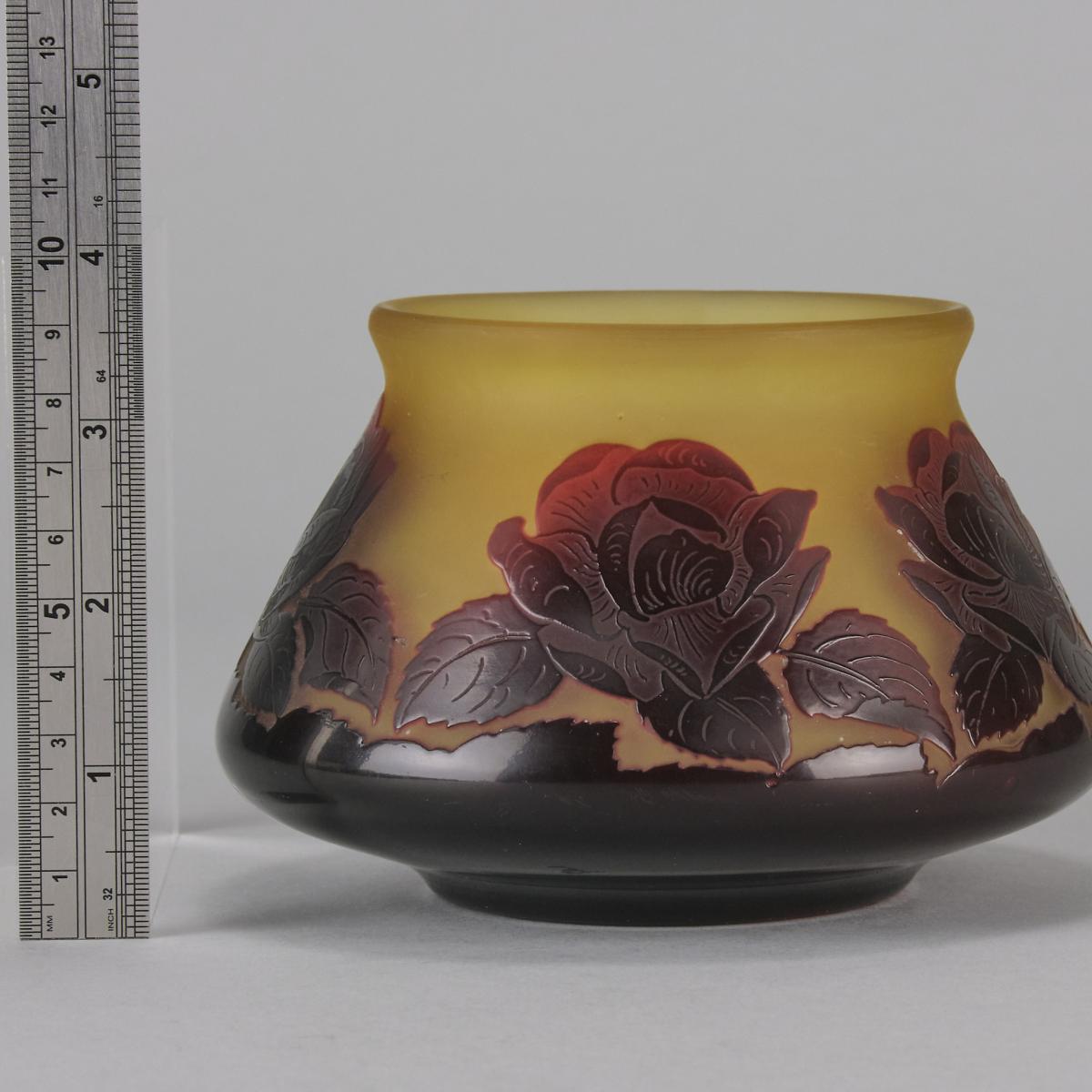 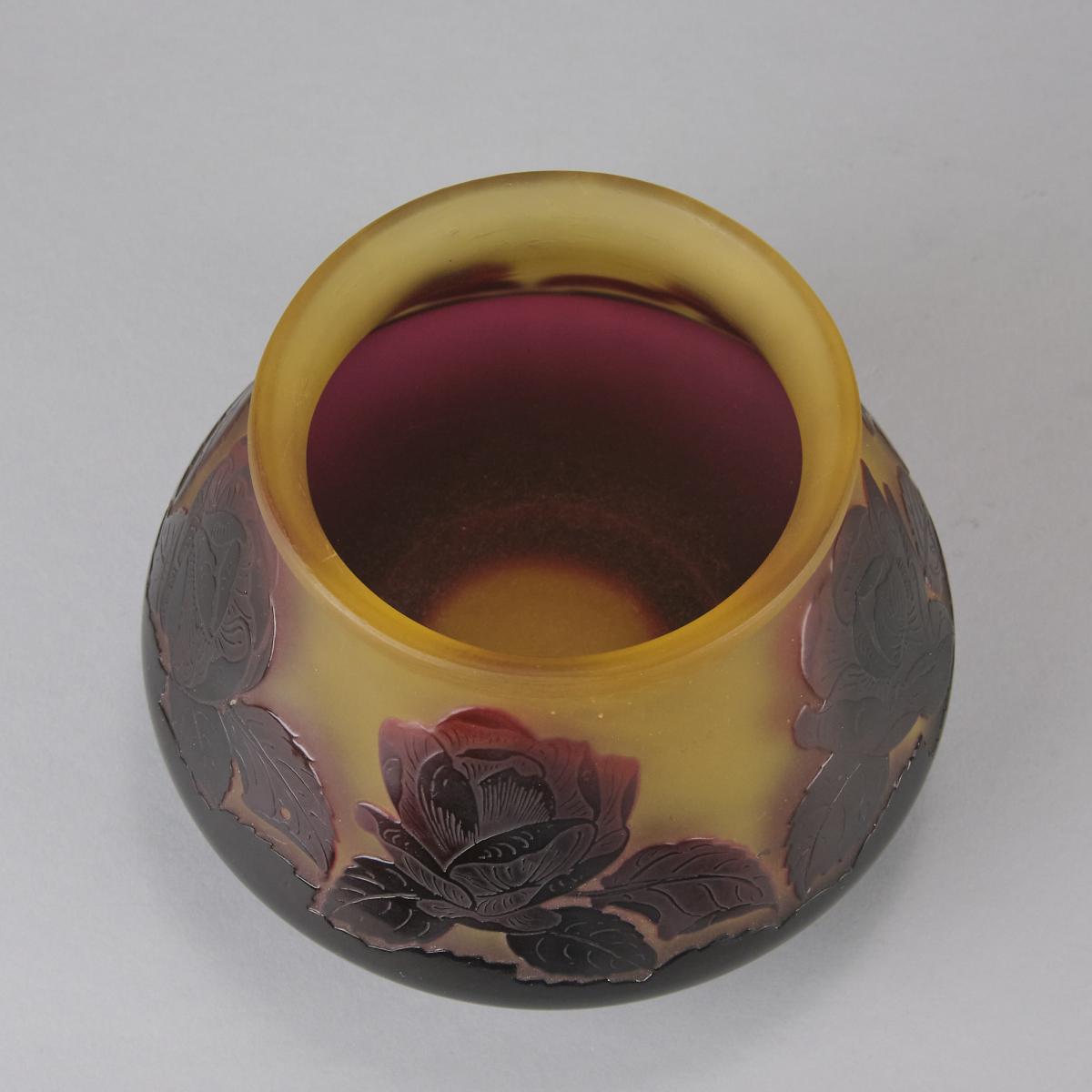 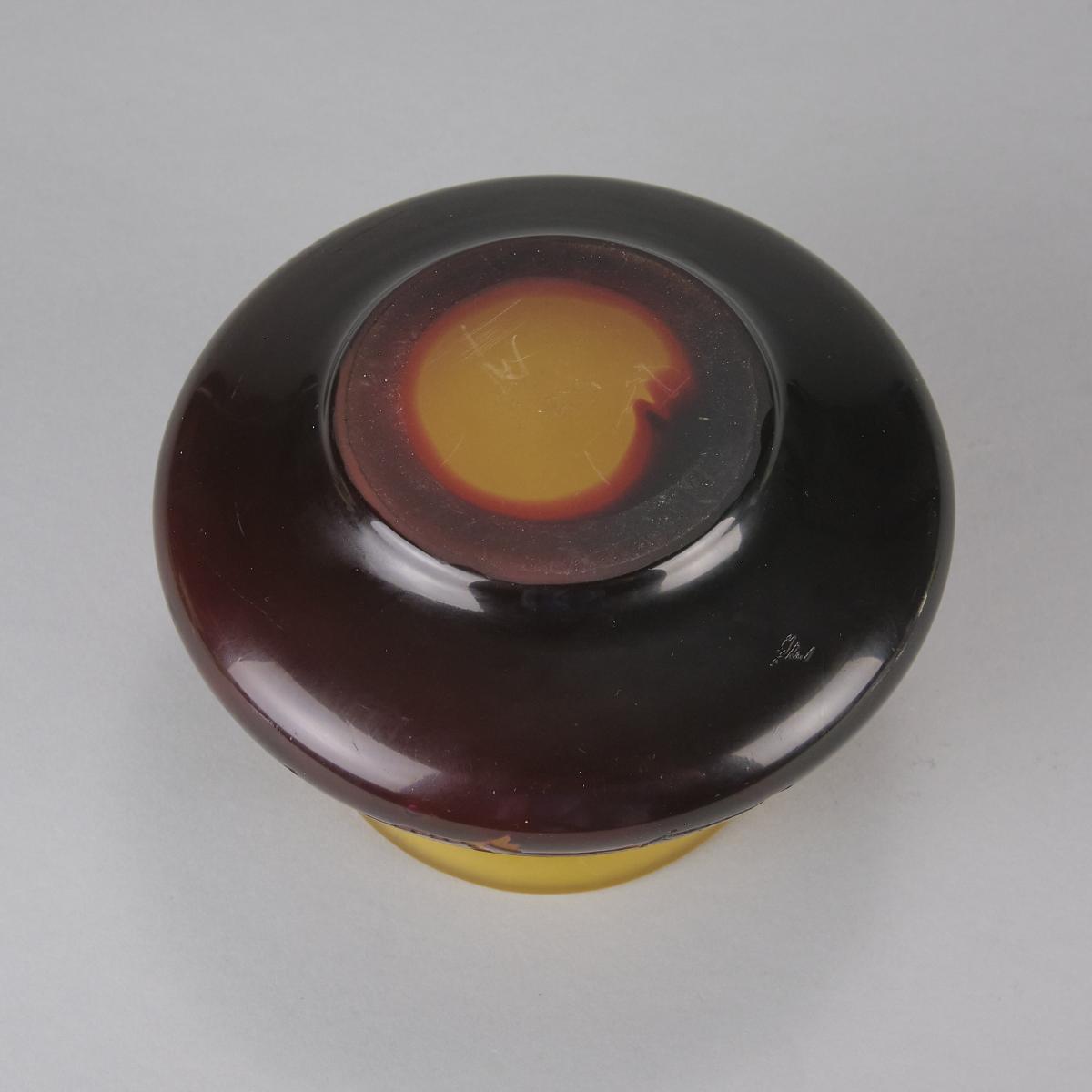 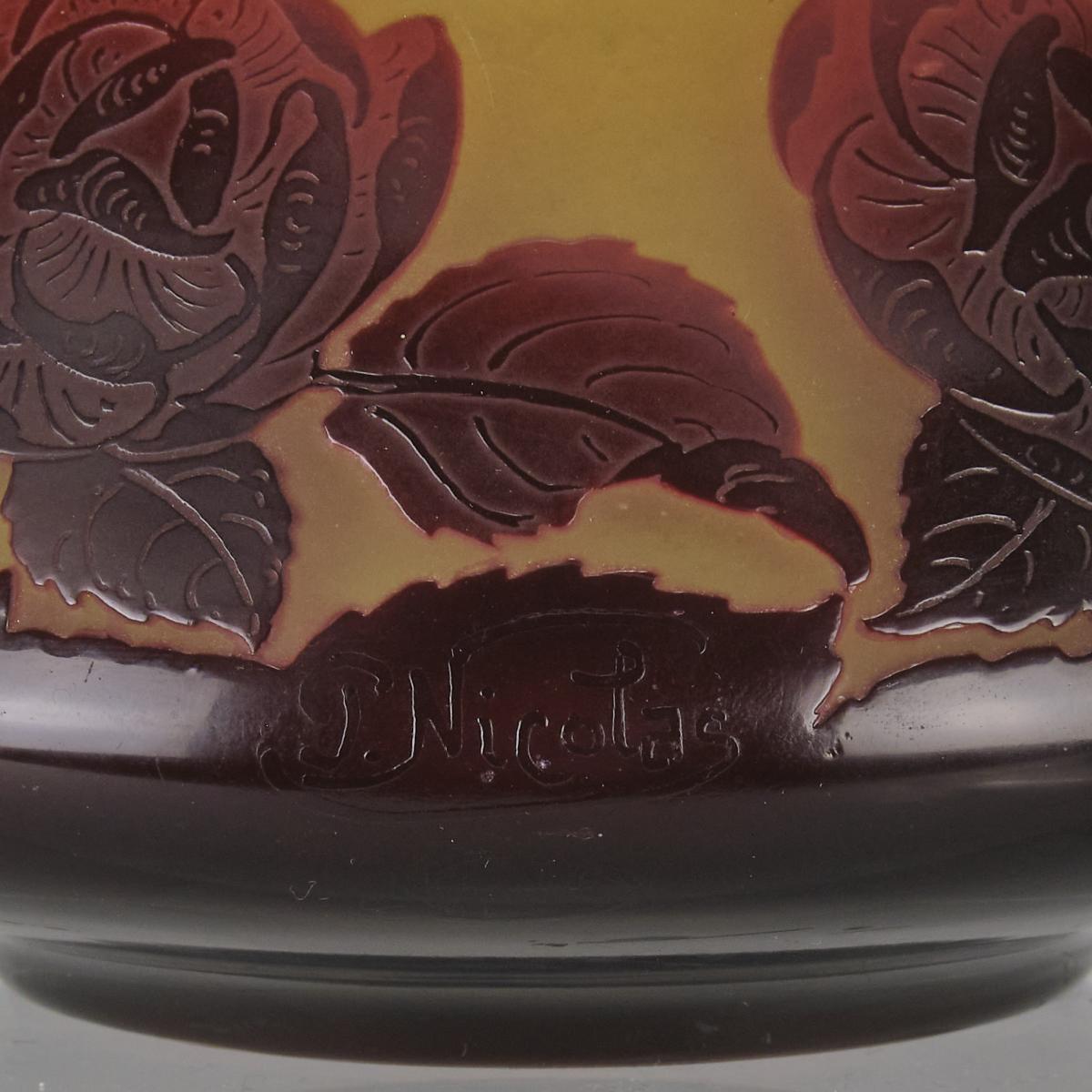 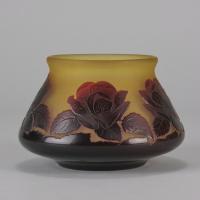 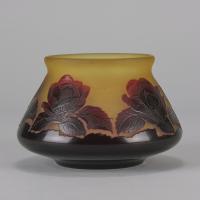 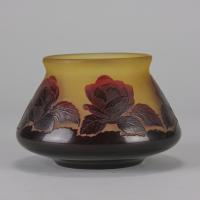 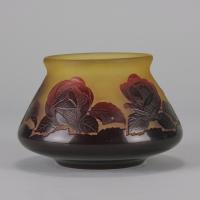 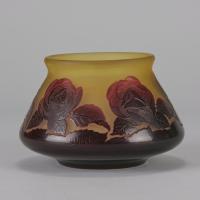 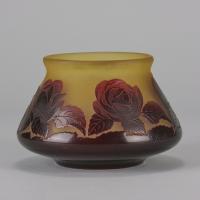 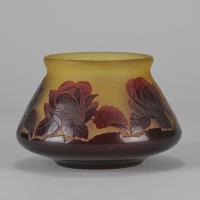 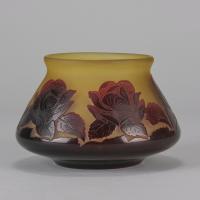 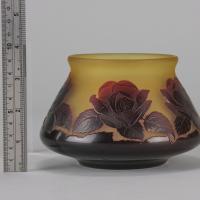 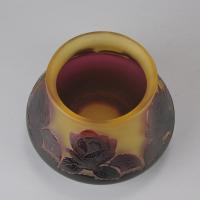 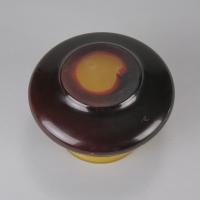 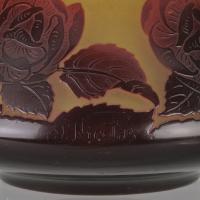 Emile Gallé ~ French, 1846 – 1904 is considered a driving force behind the Art Nouveau  movement and one of the most outstanding glass artists of his time. His naturalistic designs and innovative techniques greatly contributed to the development of the art of glass-making and to the Art Nouveau Style.

Paul Nicholas ~ French (1875-1952) born in Lorraine became chief designer at Gallé in around 1895 when he was barely 20. He was clearly Emile Gallé’s favoured protégée, but when Gallé died 9 years later he left the business to his son-in-law and Nicolas was left as ‘just another employee’. He continued to design for Gallé for a further 10 years, before war intervened - having spent 4 hard years away at war Nicolas clearly did not relish returning to ‘Gallé establishments’ and the old management. So he went elsewhere.

St Louis had been and still is one of the great old glass houses of France; they had gone to the Paris exhibition in 1900 expecting to be crowned king of glass, only to be completely out-classed by the cameo glass of the ‘upstart’ Emile Gallé. In the early 1920s they were still trying to get their own back. Paul Nicolas cut a deal with St Louis –he would make cameo glass for them using their facilities and then also he could use their facilities to make cameo glass for himself too. This was before the days of ‘studio art glass’ if you had a glass kiln you were a major sized business, not a one-man-band. The pieces Nicolas made for St Louis were signed a number of ways, but quite soon they settled on ‘D’Argental’ (the brand name they had established for their own previous, unsuccessful attempts at Cameo glass). Nicolas sneakily added a cross of Lorraine to the mark to indicate when he personally made a piece. When he made Cameo for himself pieces were signed ‘P. Nicolas’.

Production at St Louis clearly had its limitations, the crystal glass they used, had a more limited colour palate than he was used to at Gallé and the extra toughness of the crystal glass meant internal polishing was effectively impossible. But using crystal did mean the cameo and wheel cutting could be much finer. 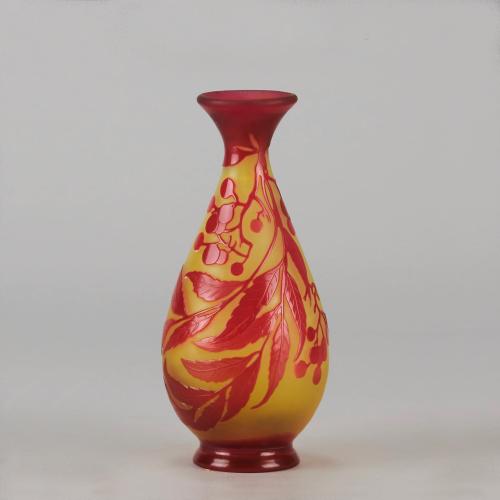 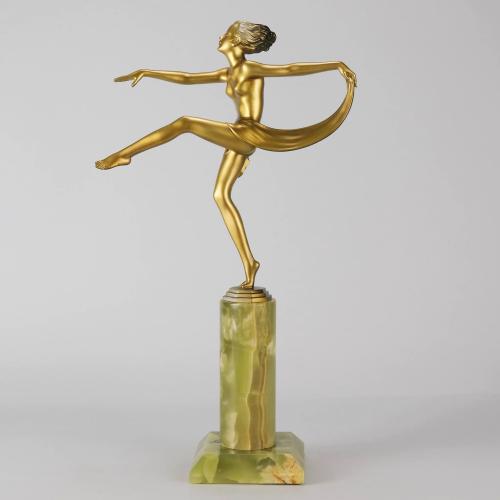 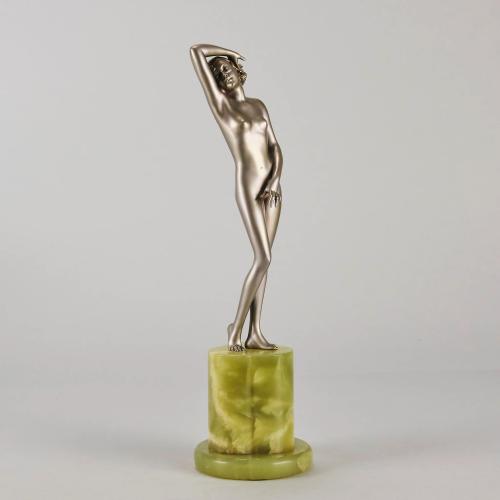