British Sailor's Woolwork of the Sailor’s Return, Circa 1865-75. 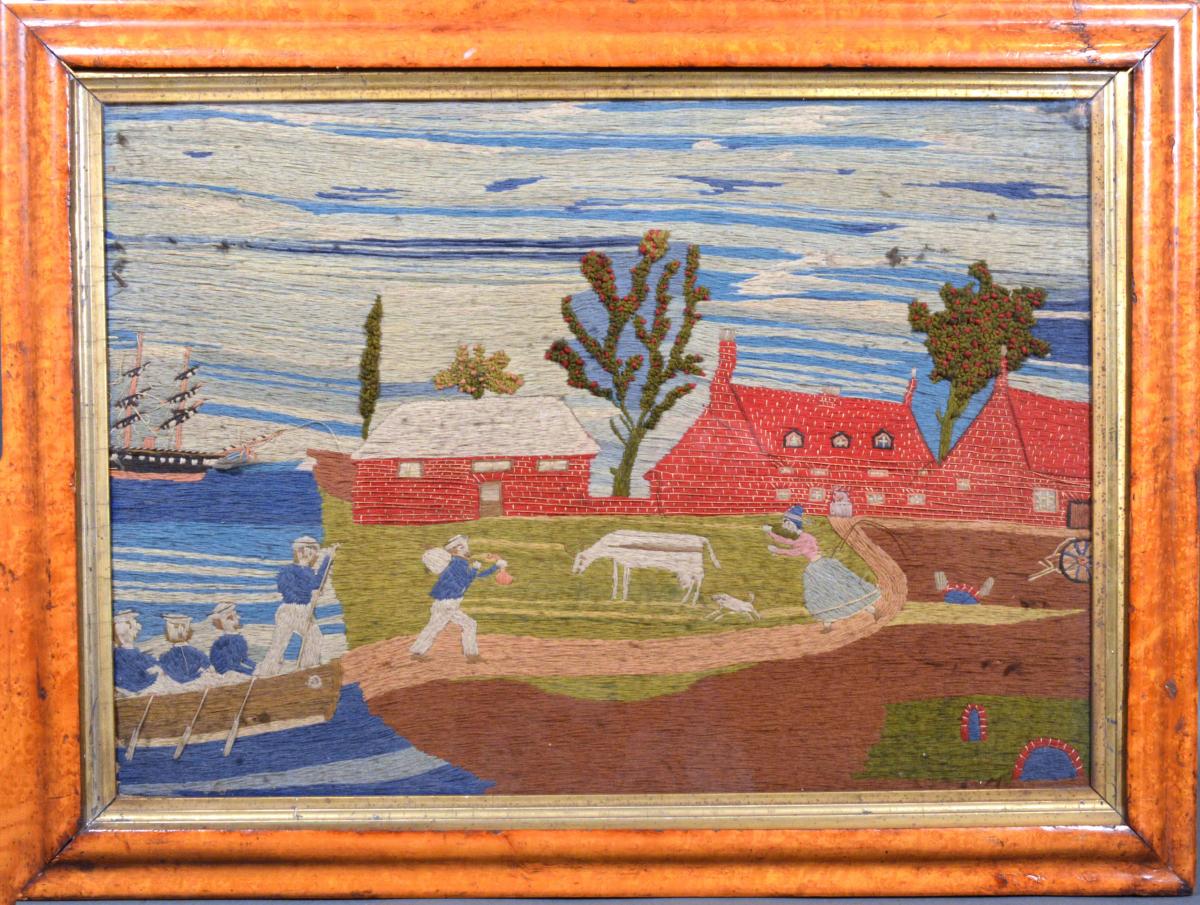 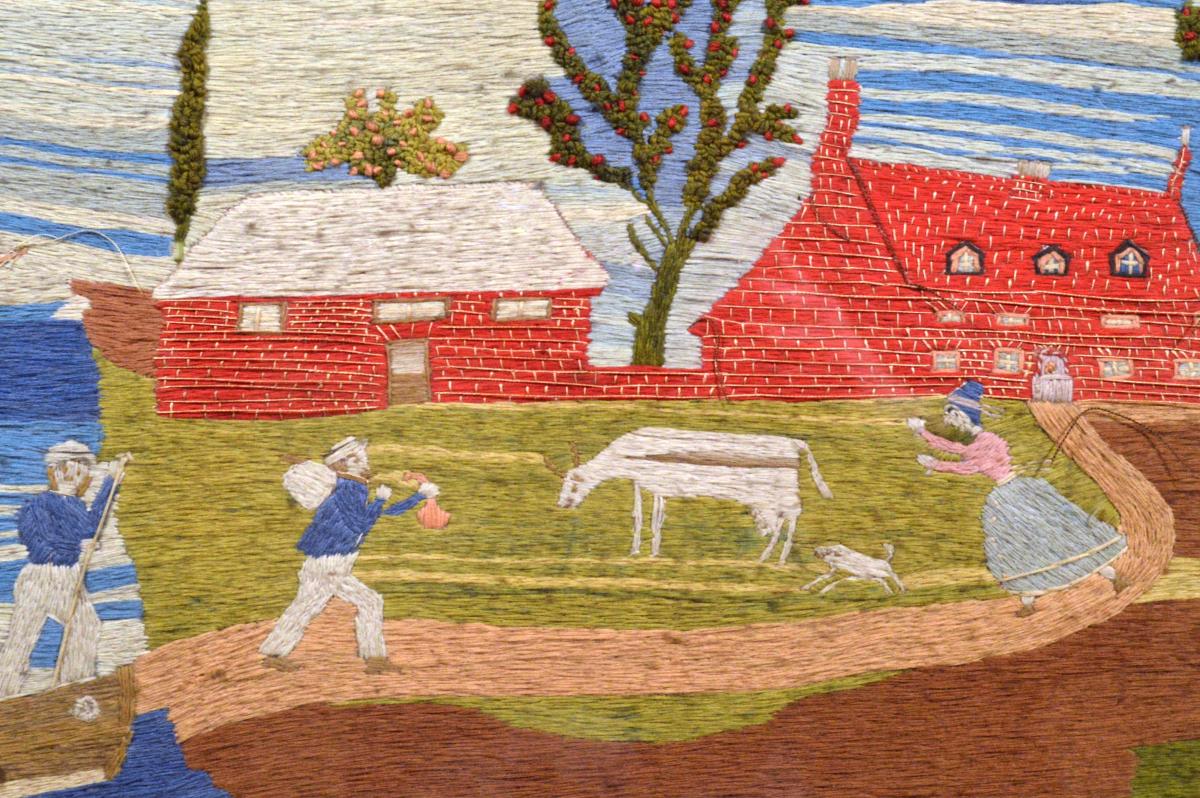 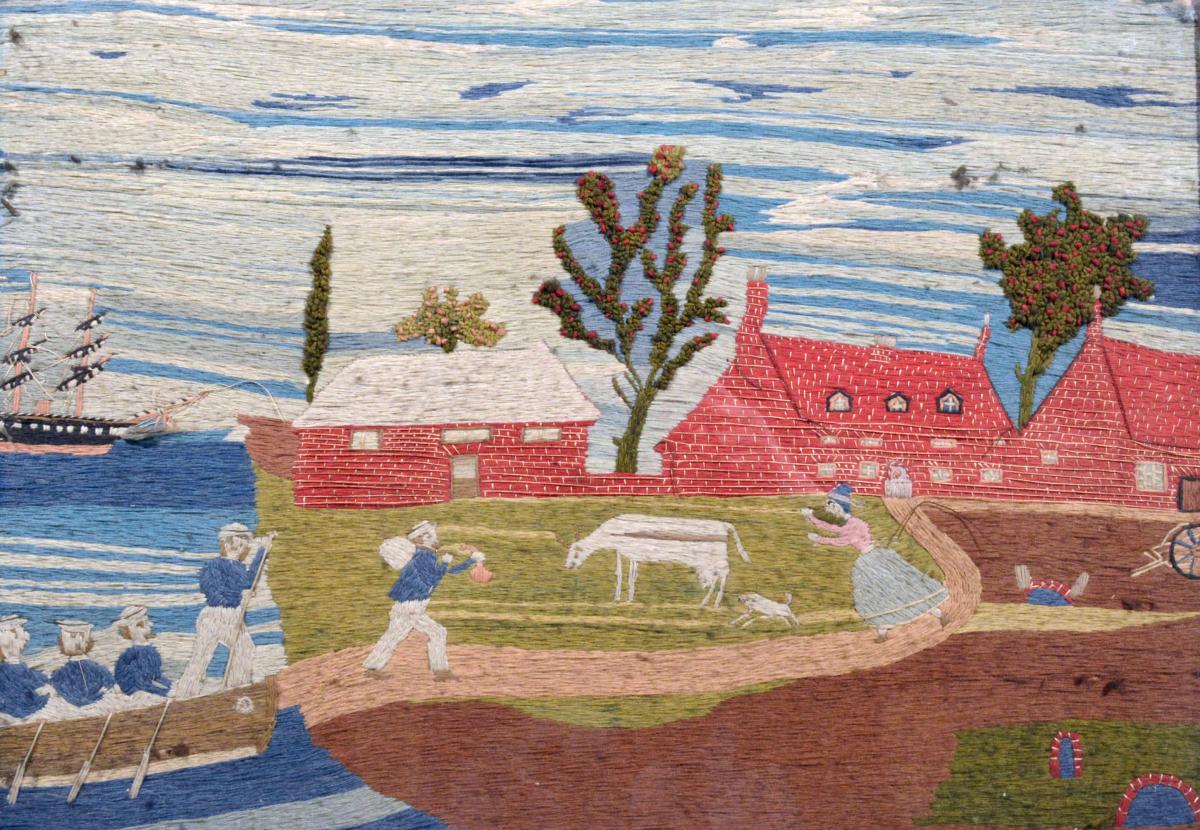 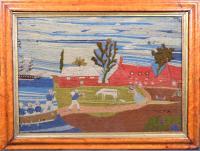 British Sailor's Woolwork of the Sailor’s Return, The ‘Sailor’s Return’ is a common romantic motif in British art of the 19th century. Here a sailor, who has recently reached shore, is returning to his village, with his rucksack on his back and his earnings in hand, as his wife and dog run to greet him. Many interesting details are depicted in this woolwork. A longboat, with numerous sailors aboard, has dropped our fortunate sailor off onshore—rarely do we see so many figures depicted in a woolie as we have here. The ship from which they have all emerged sits off in the distance We are also treated to the site of a small English seaside village, with numerous buildings with their carefully stitched red brick facades and a cow in the pasture. Also of interest are the blossoming trees, stitched in French knots which bring textural interest and a pop of colour.

Reference: Liverpool Maritime Museum has a punch bowl with the following verses (http://www.liverpoolmuseums.org.uk/online/exhibitions/romance/sailorsfarewell.asp)

Far from Home across the Sea/ To foreign climes I go/ While far away O think of me. And I'll remember you

Now safe returned from dangers past/ With joy I hail the shore/ And fear no more the tempest's blast/ Nor Oceans angry roar.

The TOKEN on JACK'S safe return

If YOU love's I as I love's YOU/ NO PAIR as happy as WE TWO.