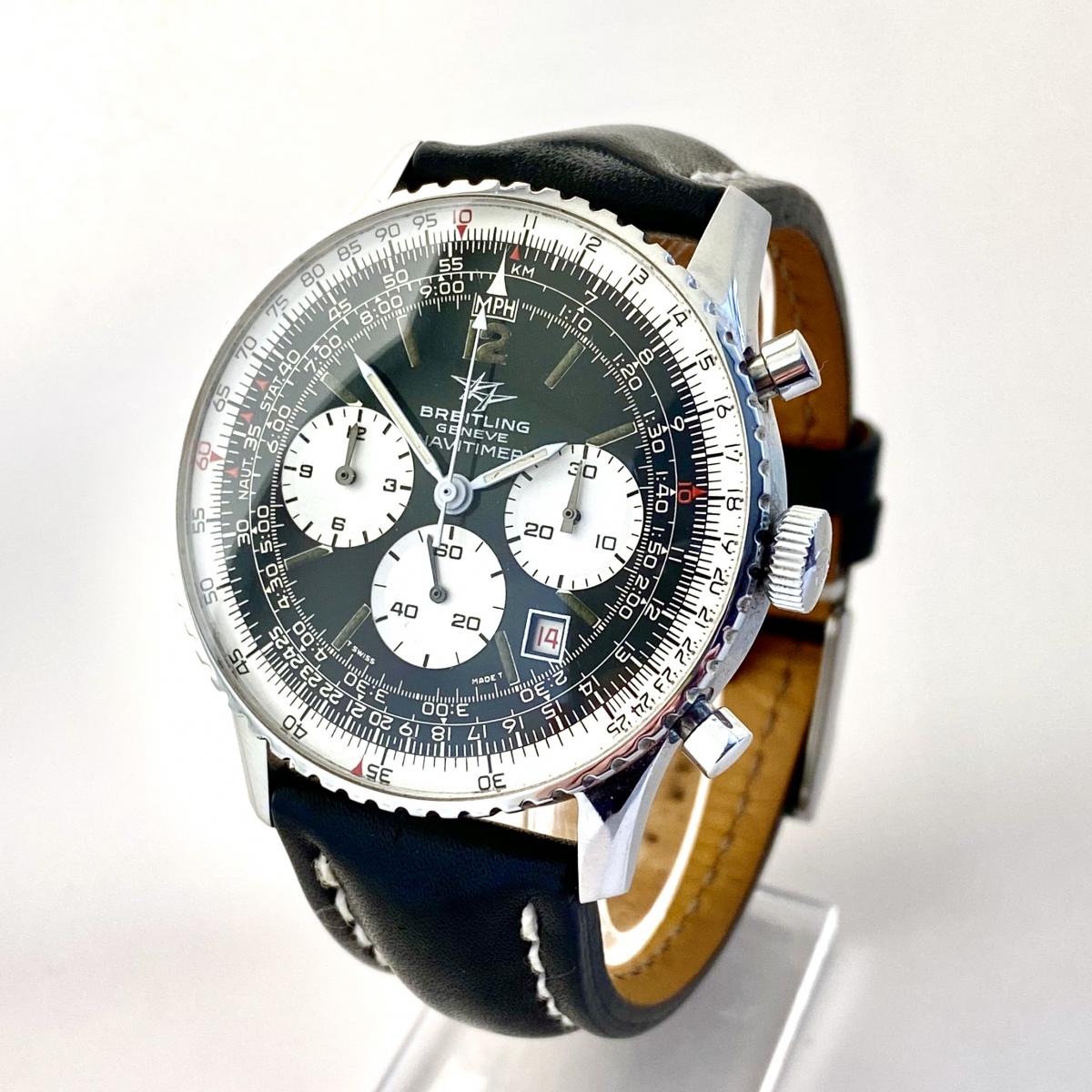 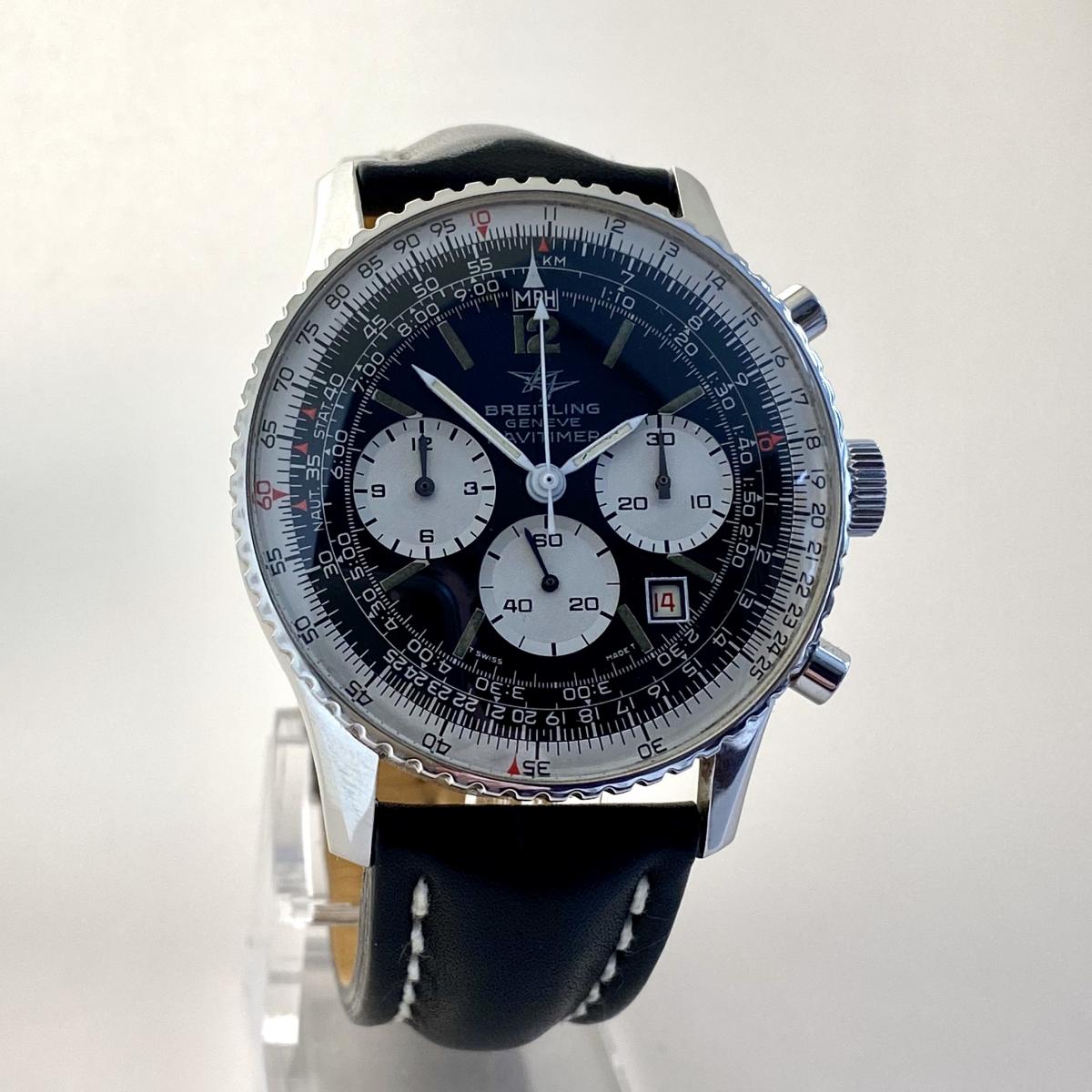 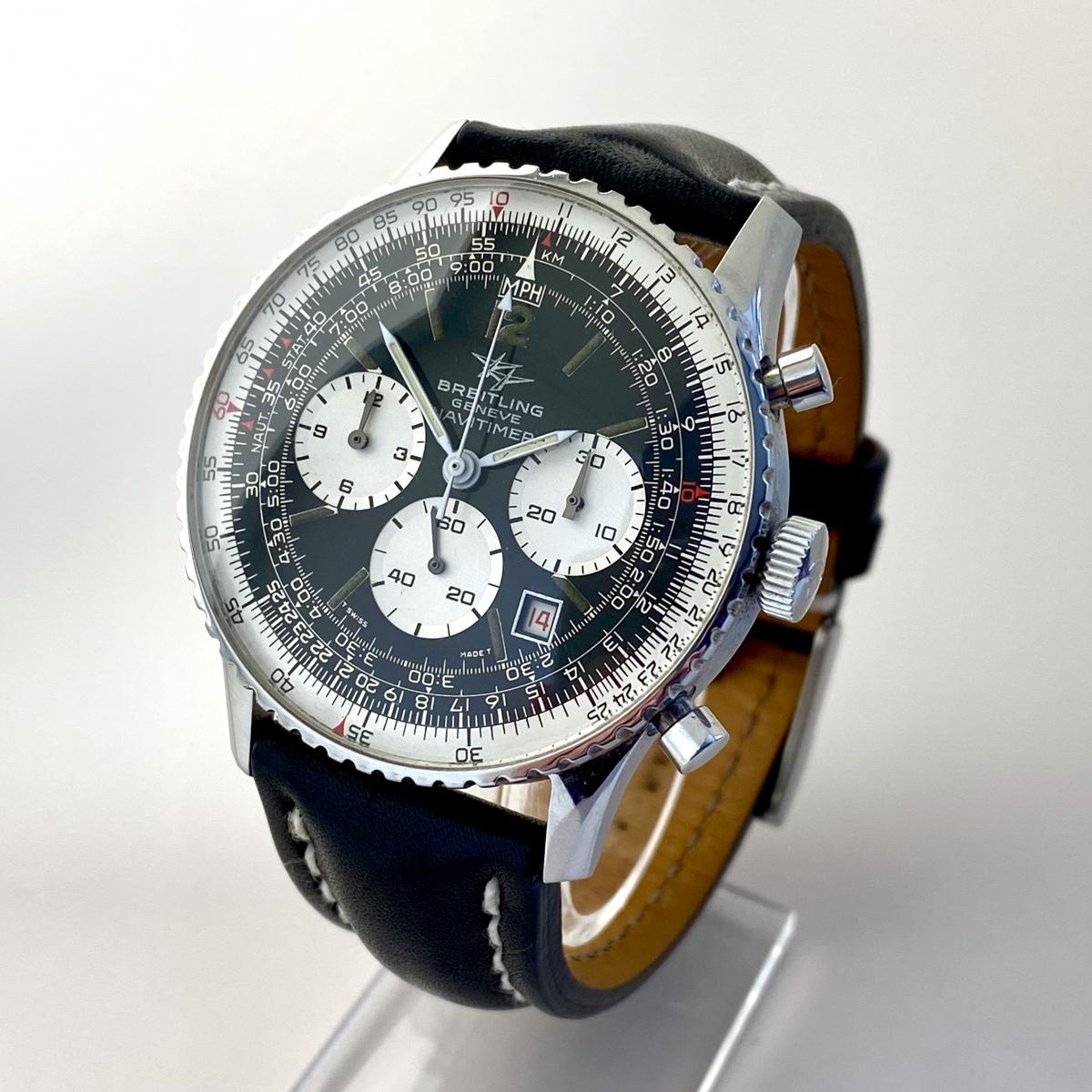 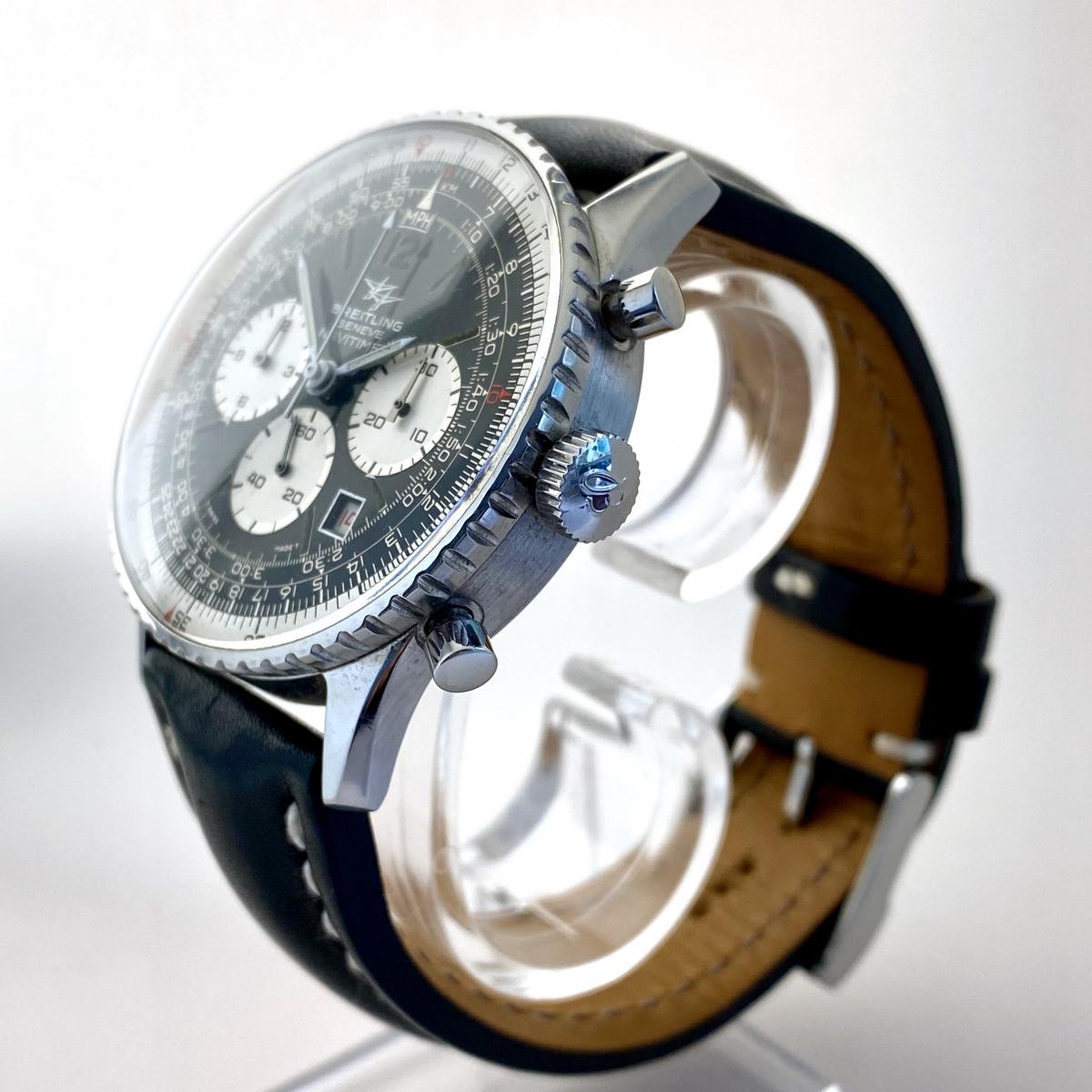 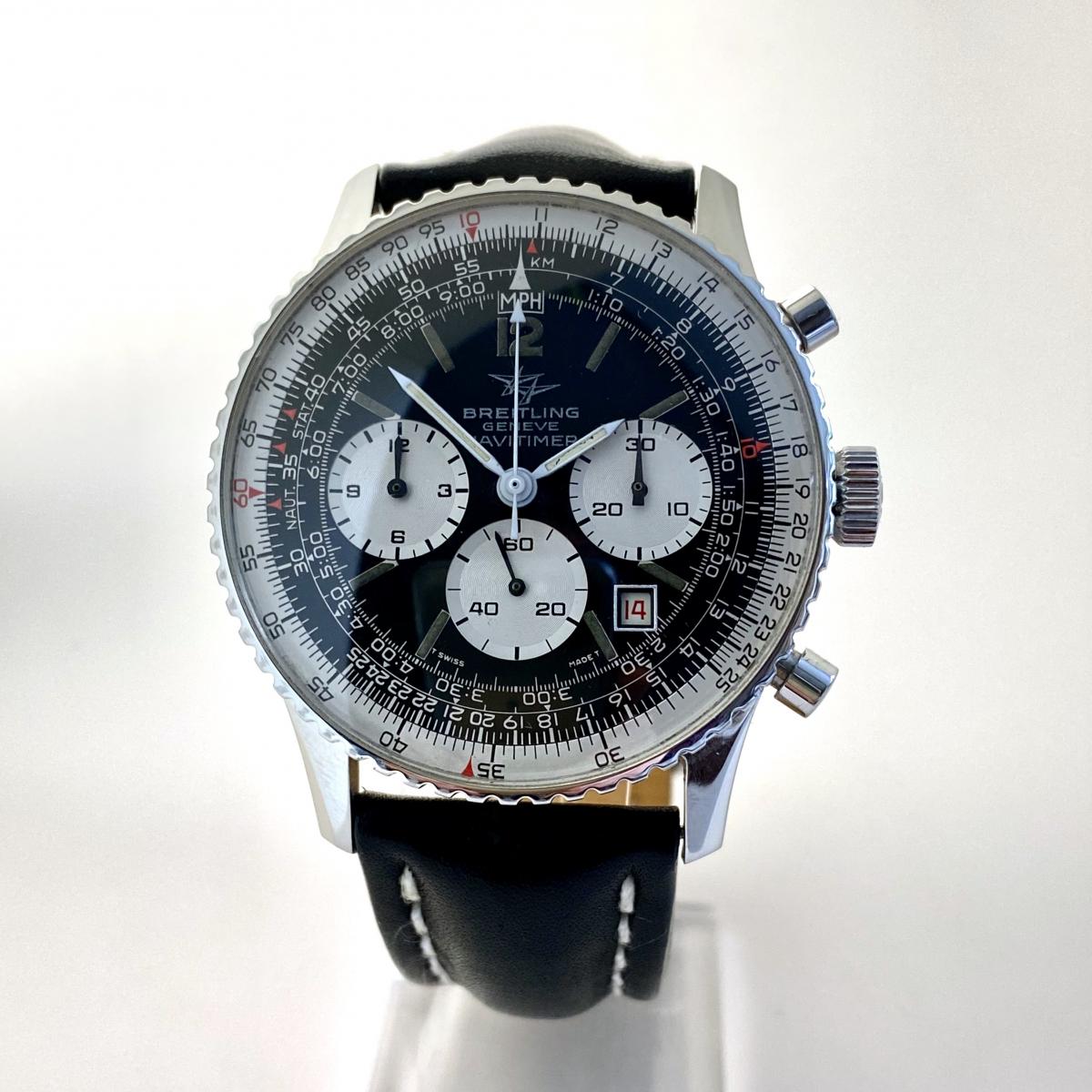 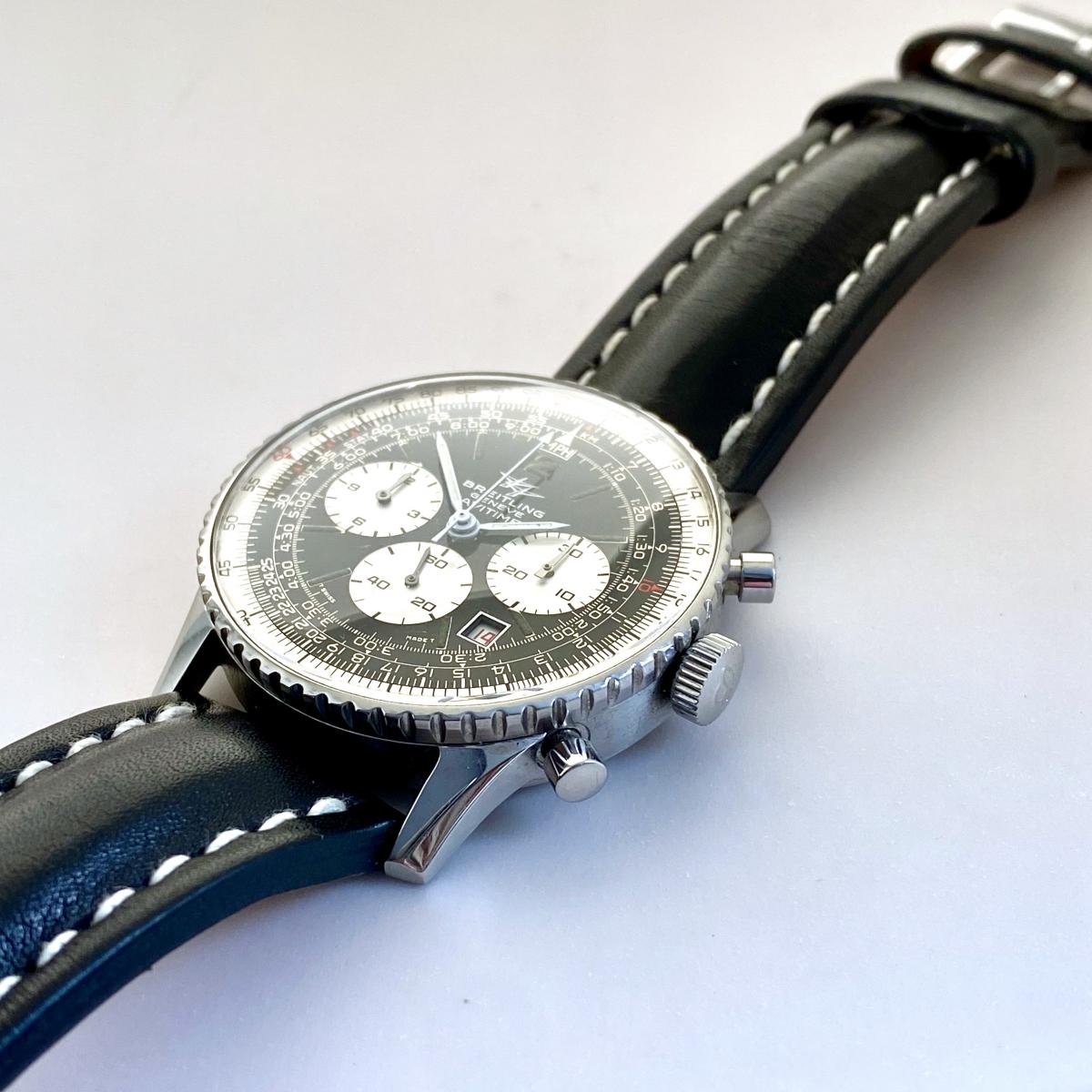 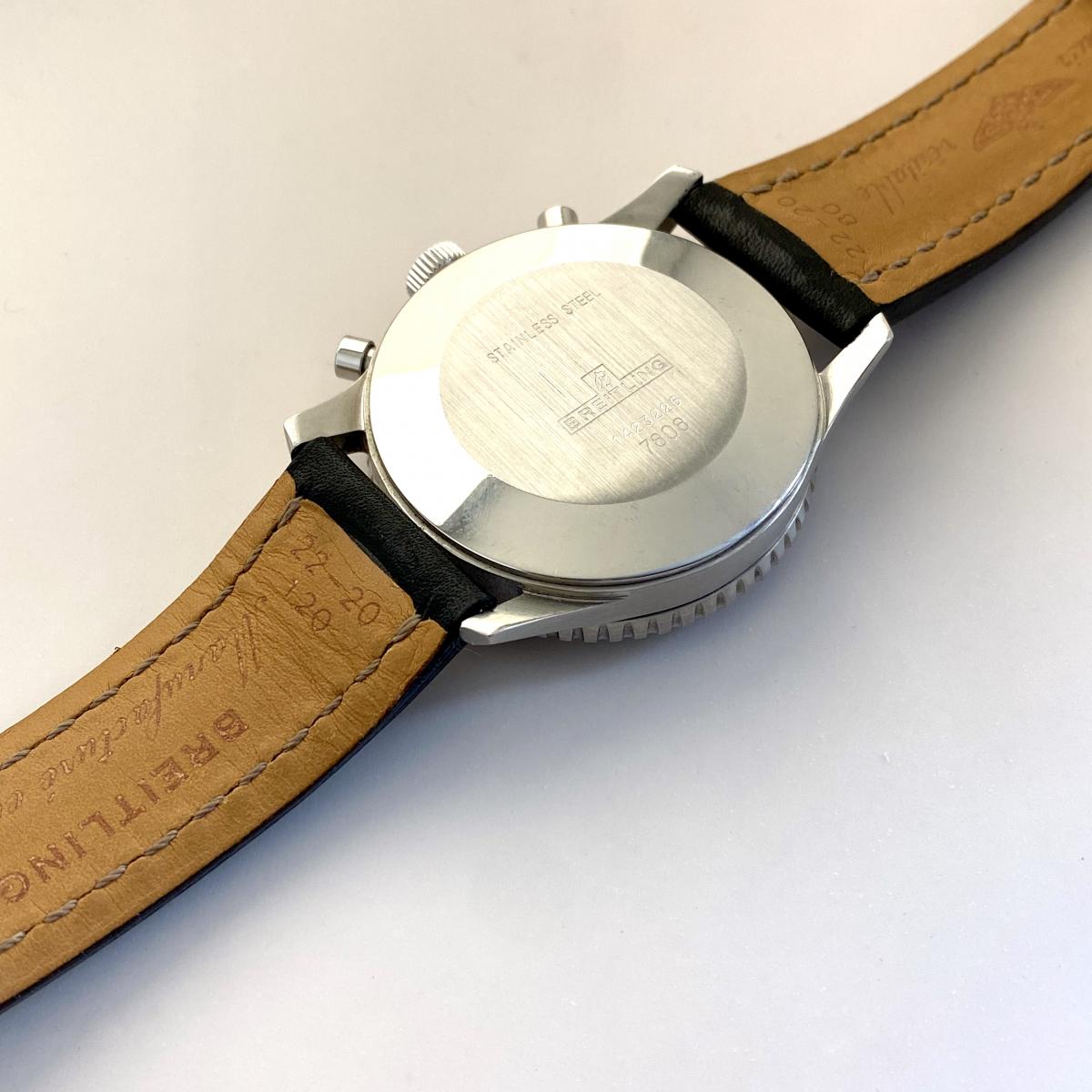 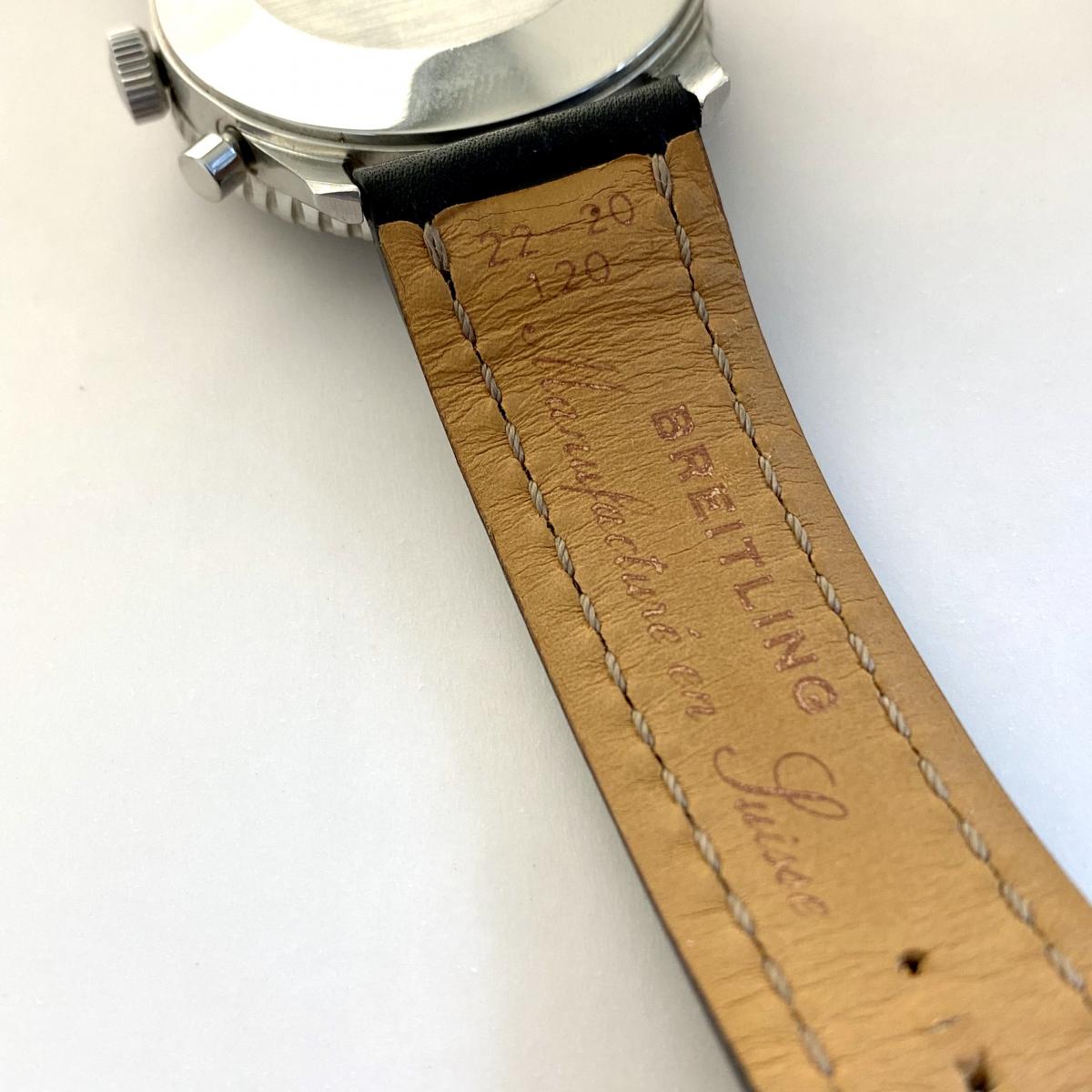 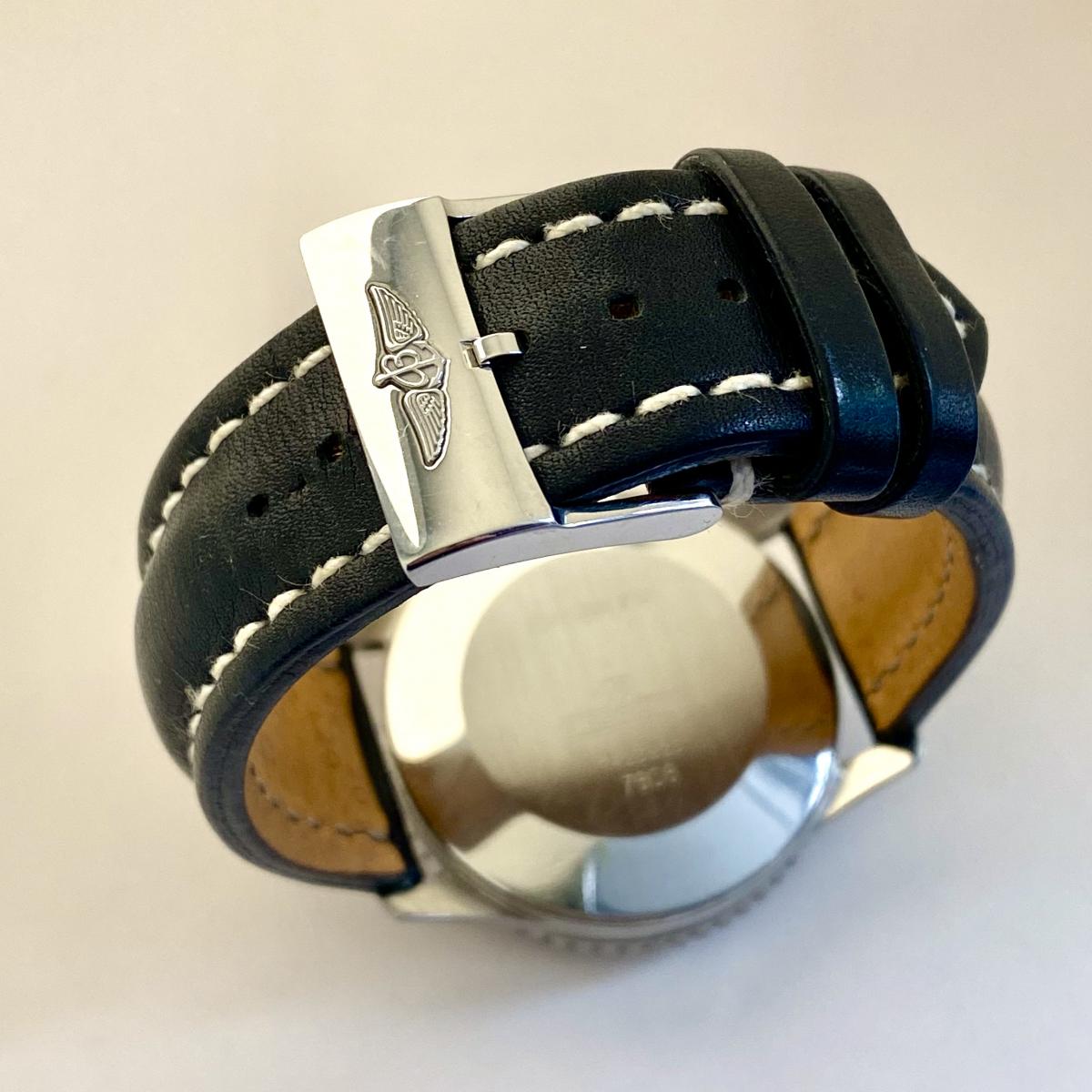 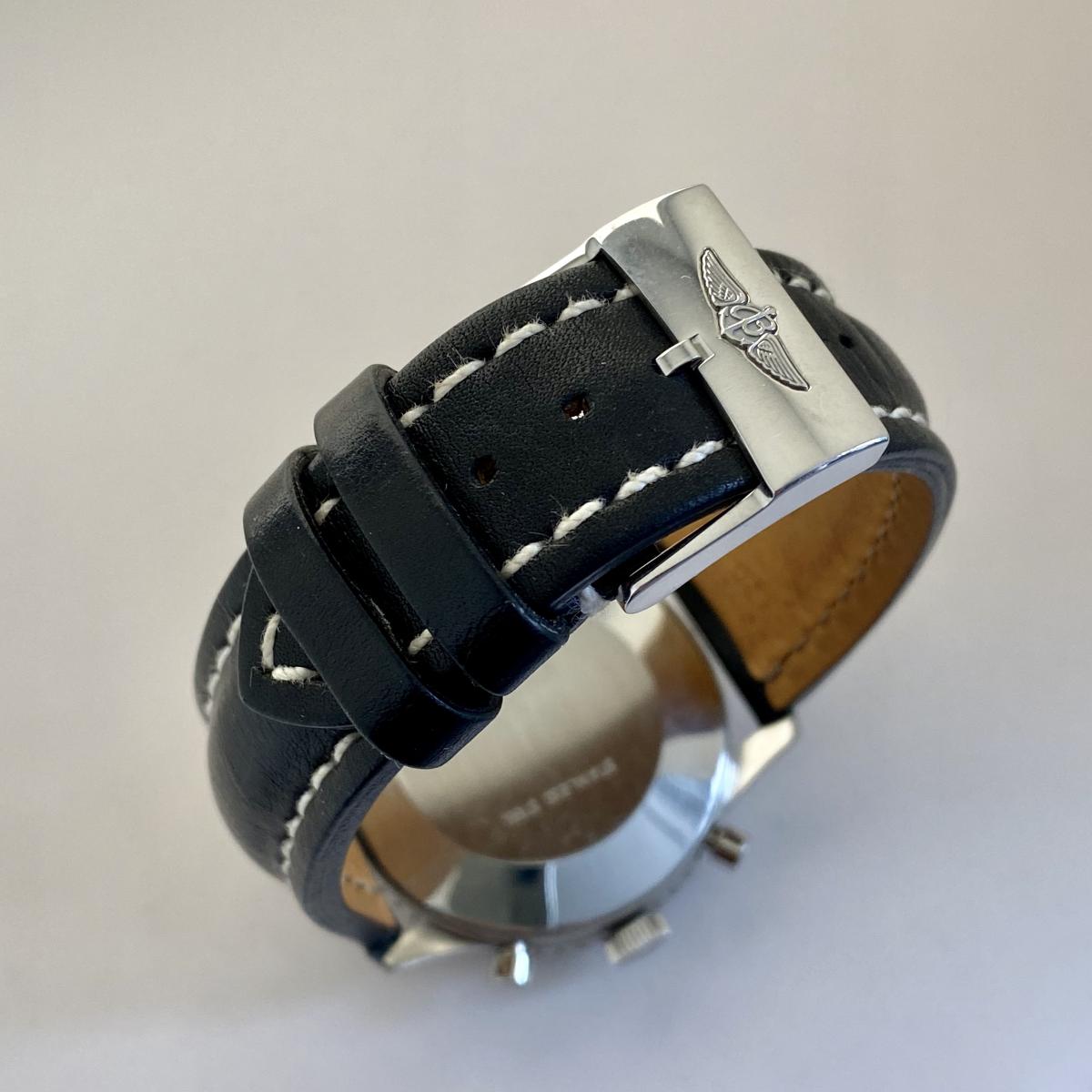 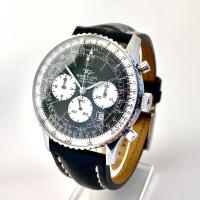 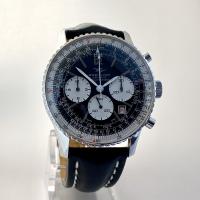 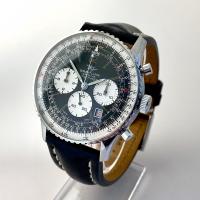 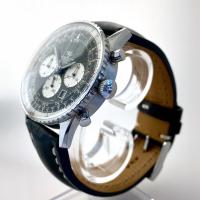 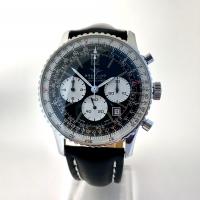 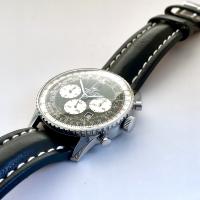 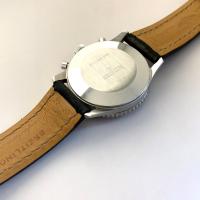 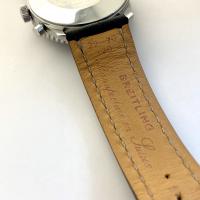 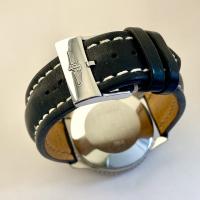 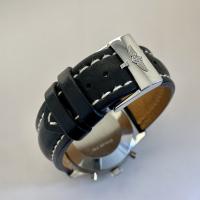 The Navitimer is the ultimate Navigators watch, designed for professional pilots. Billed as a wrist-sized computer when it was first developed in 1952, the rotating bezel holds the ability to compute distance travelled, flight time, airspeed, and remaining fuel consumption due to the integration of a slide rule. In the 1960s, it became the official timepiece of the Aircraft Owners and Pilots Association (AOPA) and, as most commercial aircraft pilots wore such.

A rare version of the Navitimer is the date version which Breitling launched in 1972. The pictured example is dated 1973 and is in excellent condition. The steel case and bezel are very crisp, the dial and slide rule are original and unrestored. The manual wind movement calibre 7740 is in top condition. Fitted with a later Breitling strap and steel buckle.
Diameter: 40 mm 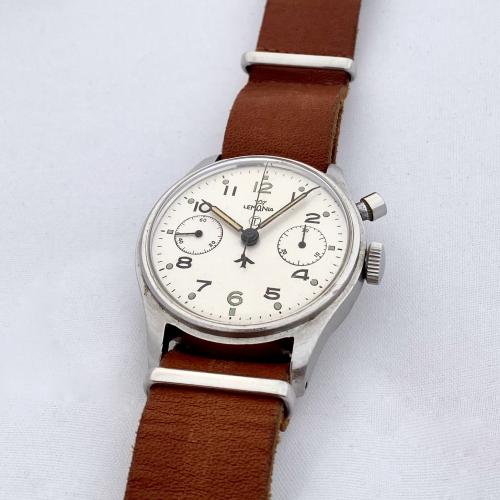 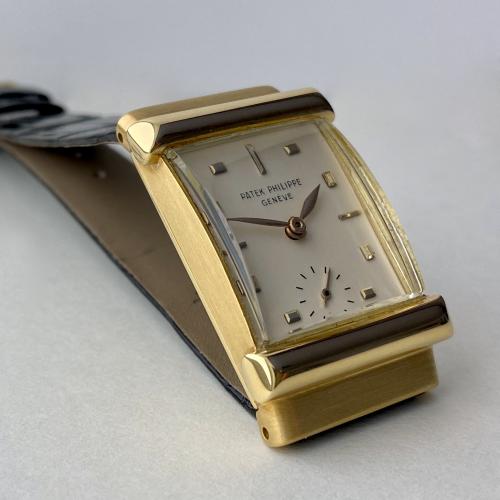 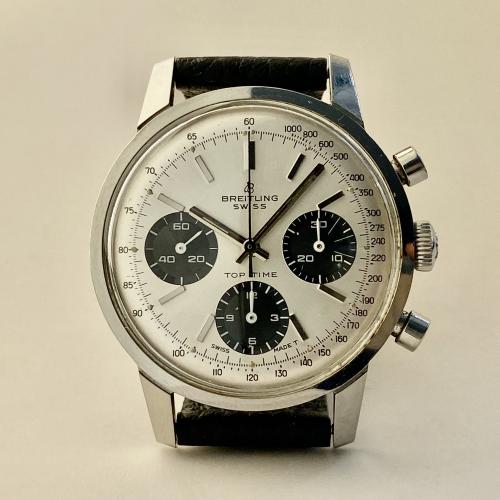