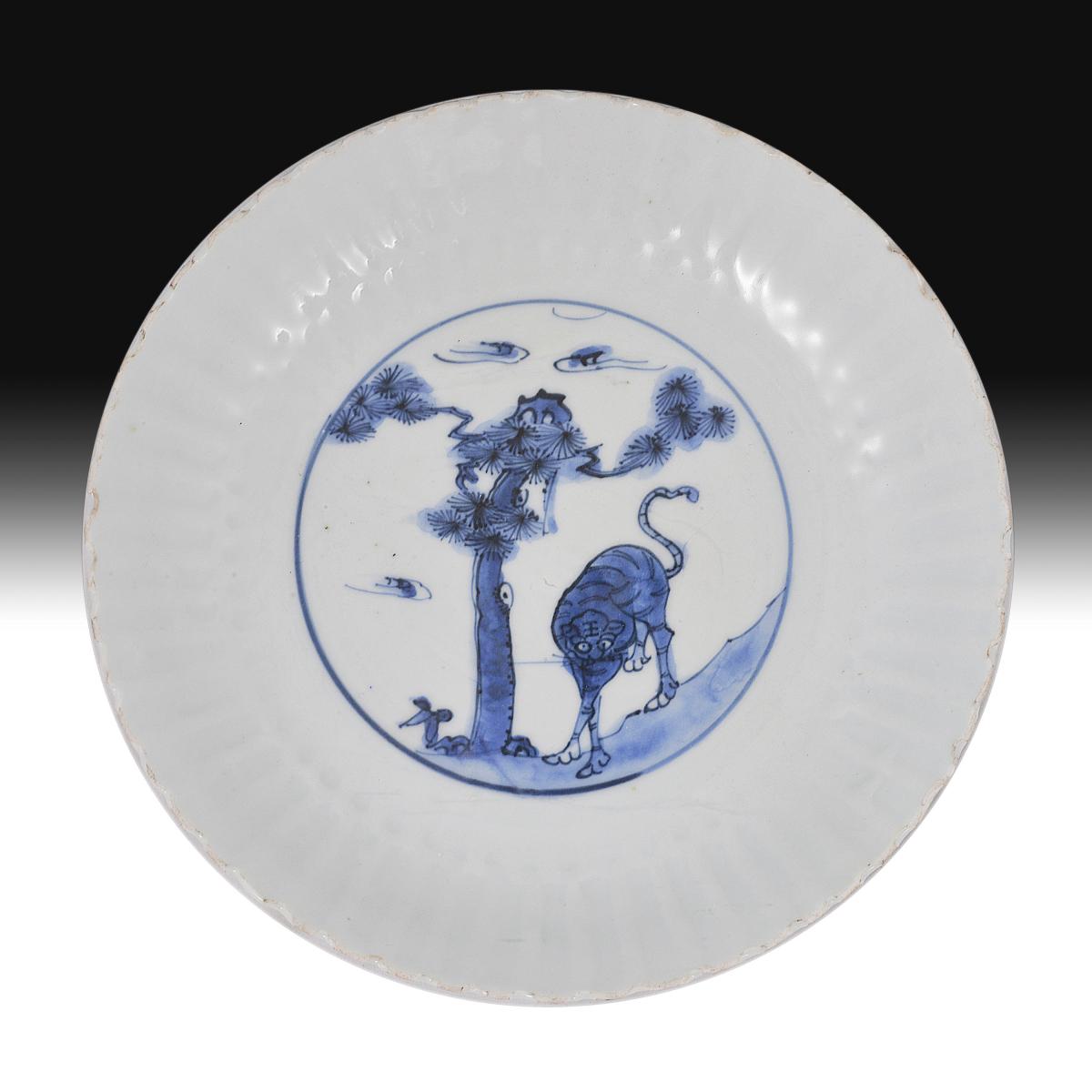 A blue and white dish with fluted outer rims, rising from a short footring and decorated with a lurking tiger on a cliff edge next to a pine tree and amongst stylised clouds.

The tigers’ left hind leg hovers over the cliff, its elongated tail playfully swaying with the wind while the front two legs are awkwardly crossed over, all together generating an image of unique charm typical of ‘ko-sometsuke’ wares.

Decorated in a finely ground locally produced underglaze cobalt blue, with grit adhering to the base as a consequence of firing the vessels directly on the sand in the kiln floor.

As imperial orders declined, the potters at the Jingdezhen kilns now relied on foreign trade to finance its operations. The painters had to quickly adapt to the changes in taste from the domestic market, which they were satisfying for centuries, to the neighboring Japanese markets.

The kiln grit stuck on the base and often fritting along the edges due to the poor preparation of the clay, known as ‘mushikui’ (insect-eaten), were all other characteristics that the Japanese admired.