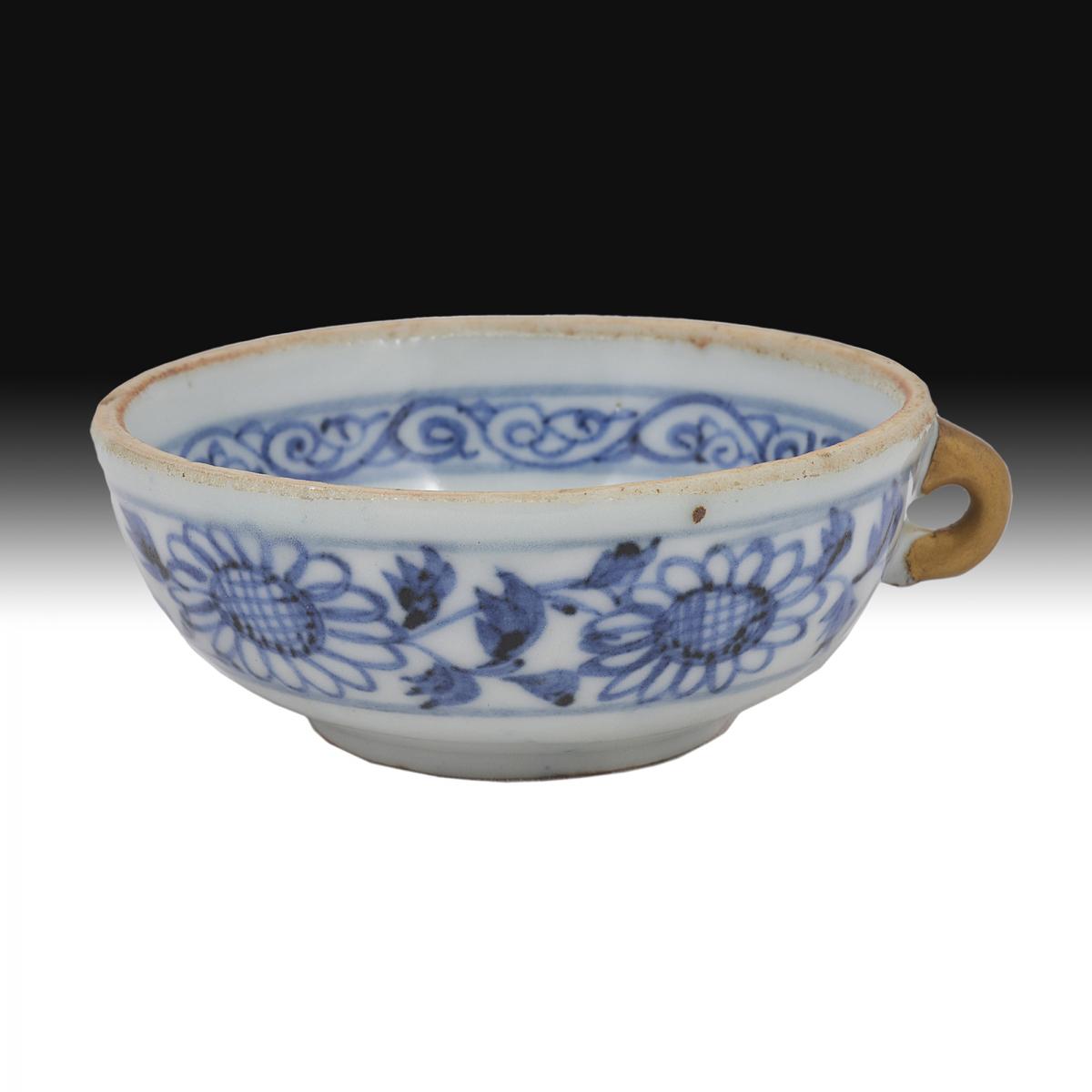 Rising from a short circular footring, with deep rounded sides, the interior is decorated with a frieze of arabesques just below the rim while the center exhibits a flowering chrysanthemum.

The exterior also displays a wide central band of flowering chrysanthemums, that is divided by a small Japanese restored gold painted handle. All decorated in varied tones of rich underglaze cobalt blue and covered with a translucent glaze. The rim and the base is unglazed exposing the white porcelaneous body.

Under imperial patronage the kilns sites in Jingdezhen developed quickly into an efficient factory, producing huge numbers of (mainly) utilitarian porcelain goods for domestic and foreign markets. Porcelain cups of this form were a common shape in ceramic production under the Mongol rulers and are among the earliest blue and white porcelains.

They tend to be decorated with roaring dragons, flowering prunus branches or stylised leafy scrolls. The variations in the tones of the cobalt blue is accomplished through the ‘heaping and piling’ of the blue, which was an innovation introduced during this period.

The cobalt blue is believed to have been imported from Iran (possibly Kashan), which highlights the numerous trade links between the Mongol Empire and the Middle East.