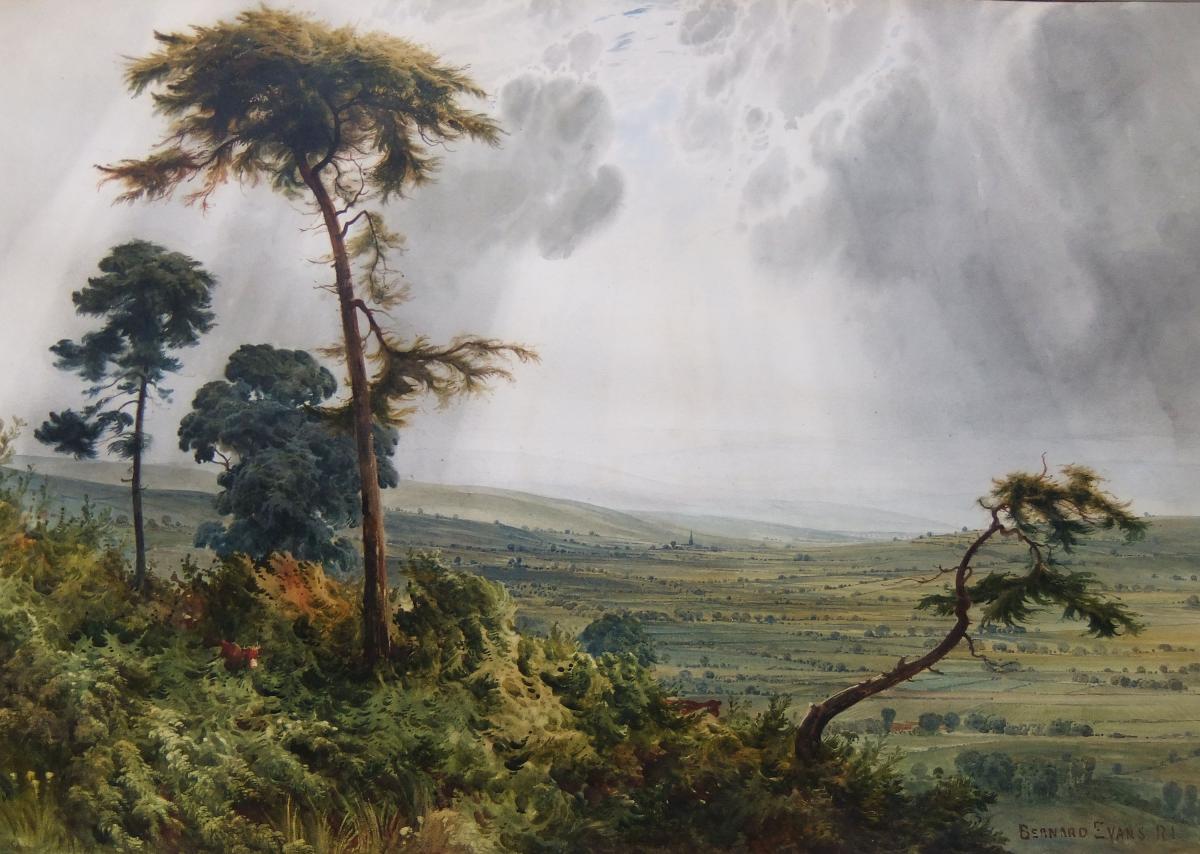 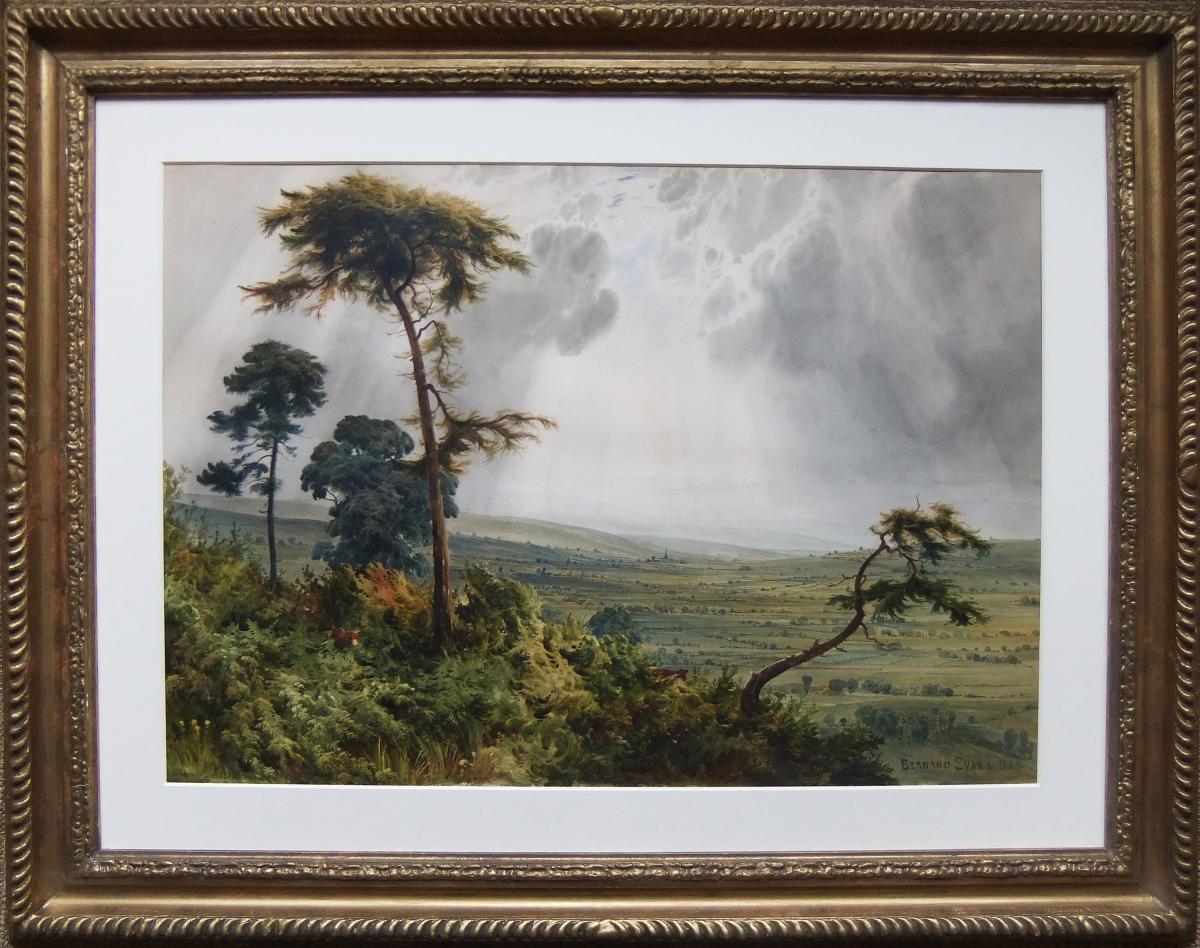 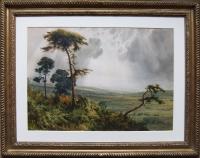 Bernard Walter Evans was born on 26 December 1843 at Queen Street, Wolverhampton, the second of 13 children born to Walter Swift Evans and his wife, Sophia (nee Spilsbury). His father, Walter Swift Evans, was also an artist, engraver and a master church furniture maker. Bernard studied painting in Birmingham from the age of 7, under the direction of Samuel Lines, William Wallis and Edward Watson. He was a prolific painter of landscapes, in both oil and watercolour, most frequently depicting scenes in the Midlands, Yorkshire and North Wales, where he became one of the 'first thirty one' founder members of the Royal Cambrian Academy in 1882. He exhibited numerous times throughout the British Isles and abroad; his first works were exhibited in 1864 at the Royal Birmingham Society of Artists.  From 1870 he exhibited at the Royal Academy on 13 occasions and 68 times at the Royal Society of British Artists, Suffolk Street, London.
In 1880, whilst still living in London, Evans was a driving force behind the creation of the City of London Society of Artists and in 1881 he was elected a member of the Savage Club. He was also a member of the Society of Artists which met at Langham Chambers, where groups of artists produced the popular 'Langham Club' sketches.'
The Evans family moved to Harrogate in the late 1880's and continued to live at 20, Park Parade until about 1911, although  they spent several winters during the late 1890's on the French Riviera;  paintings of Cannes and the surrounding area can be seen online.

The present painting "Looking Down Wharfedale from near Harrogate" is a fine large example. It measures 18"x 26" and is signed lower right. It is inscribed on the back with the title and is framed in an old gilt frame giving an overall size of  27"x 36". 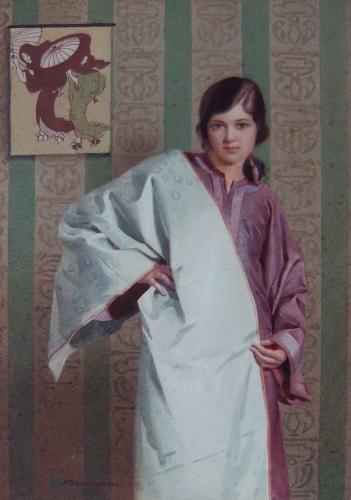 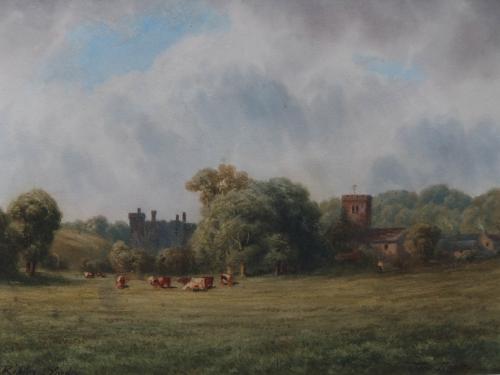 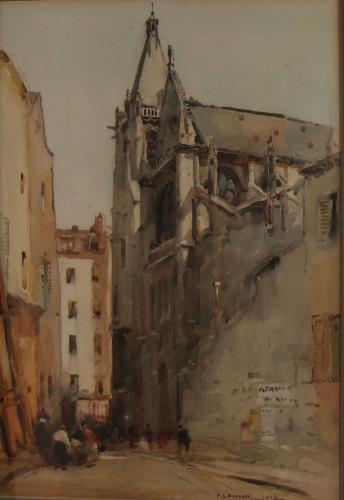 Fred Lawson "A Street in Paris", watercolour
McTague of Harrogate
View all from this dealer