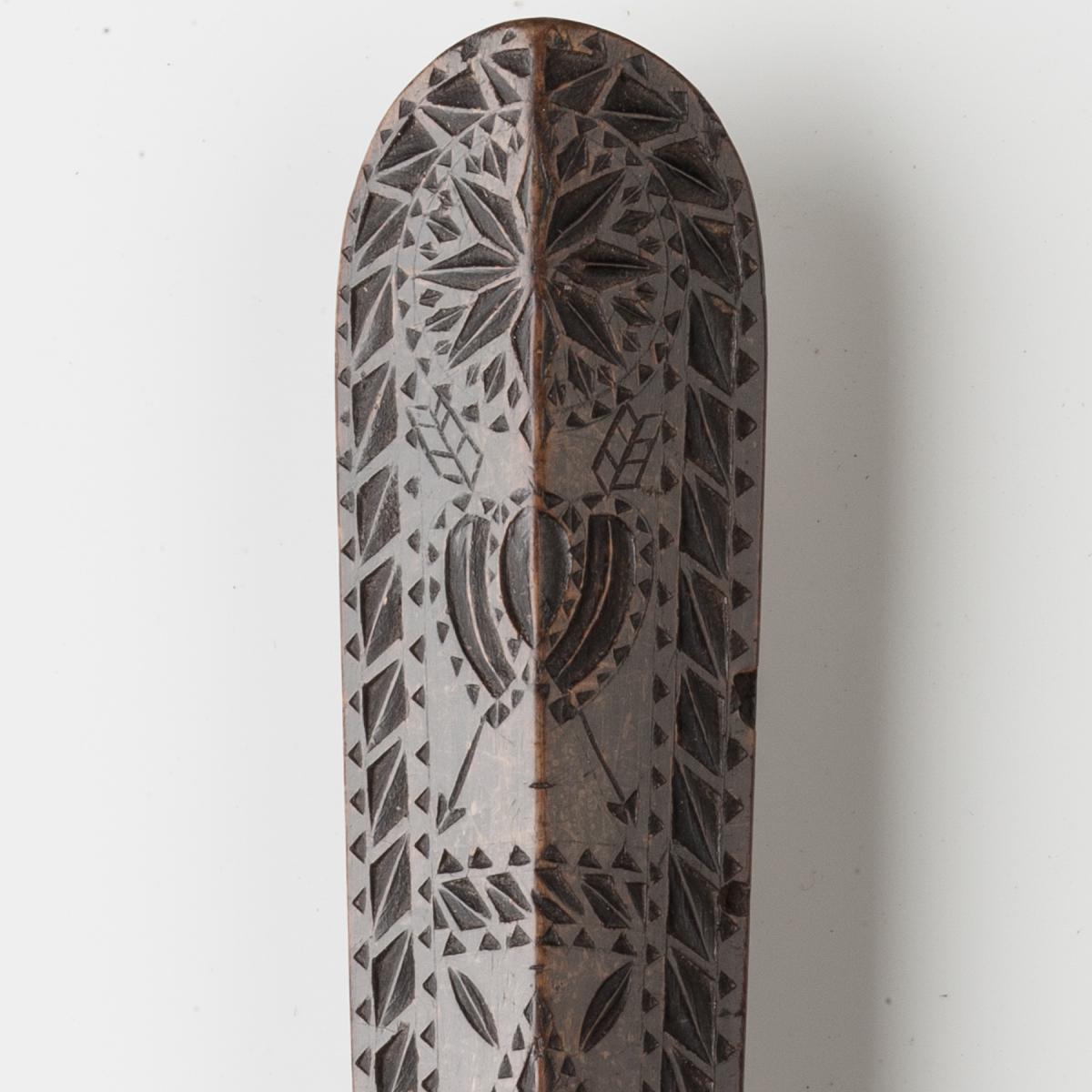 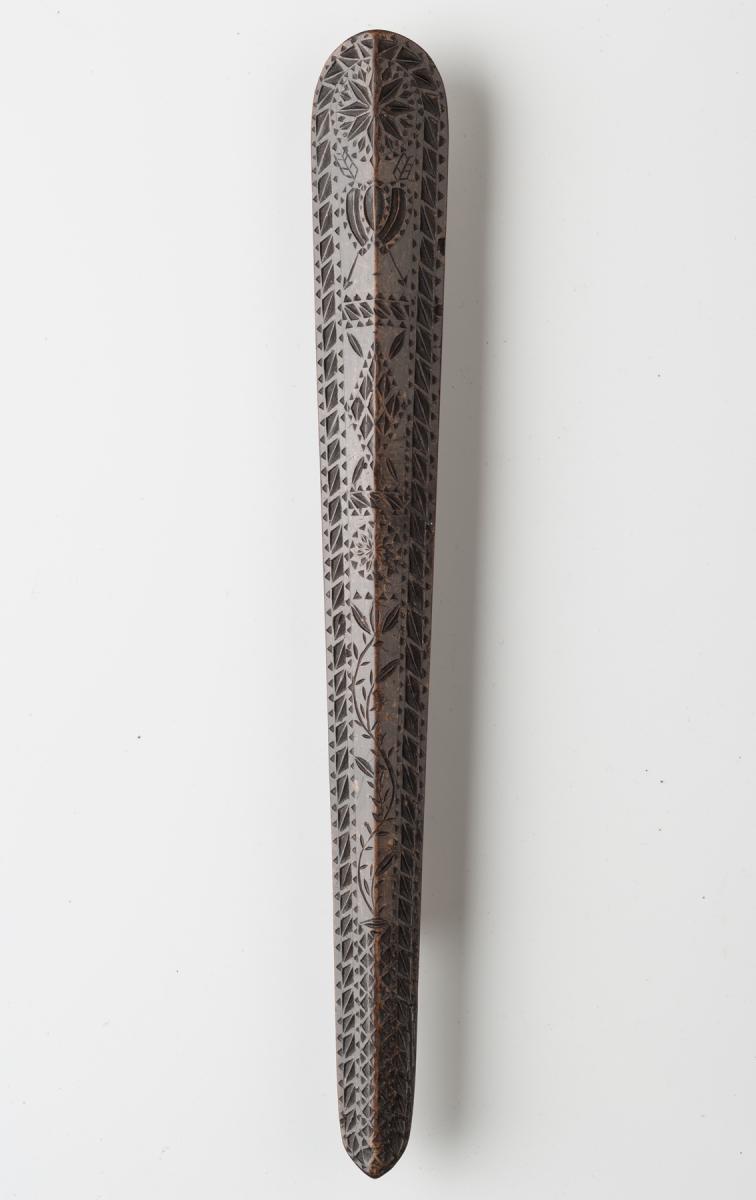 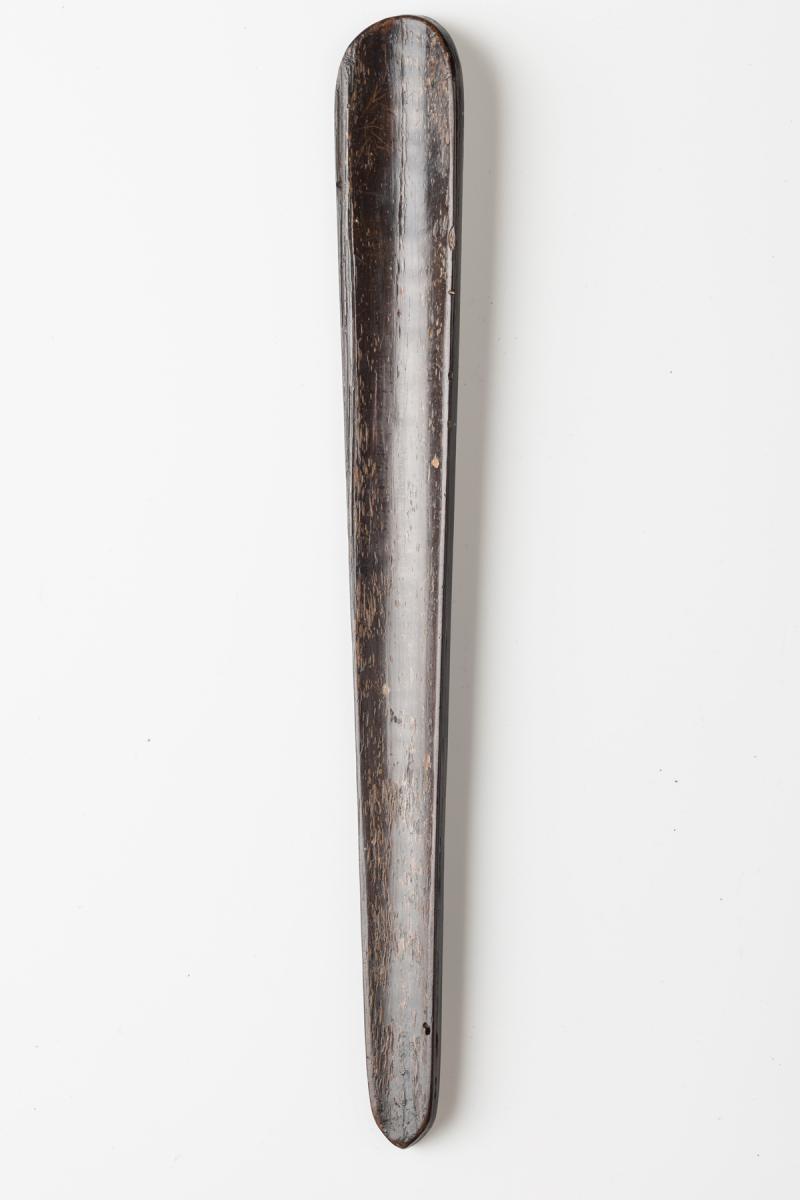 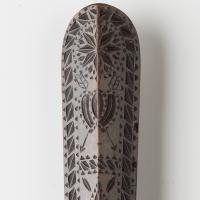 Before the Victorian age a corset was called a stay. Stay busks were inserted into the front of a stay in order to flatten the stomach and keep the wearer upright. They were often triangular in shape, as is this example, and given as love tokens to be worn next to the heart.

This example is deeply chip-carved, the method acting rather like the cuts of a stone in jewellery, reflecting light from the cut surfaces. Beneath the design of a mariner's compass at the rounded top are two hearts, pierced and united by two of cupid's arrows.

It is cut from a large, thick piece of baleen, taken from the mouth of a Baleen Whale, and dates from around 1780.