Bacchus and Ariadne on the Island of Naxos, by Giovanni Francesco Romanelli, 1642 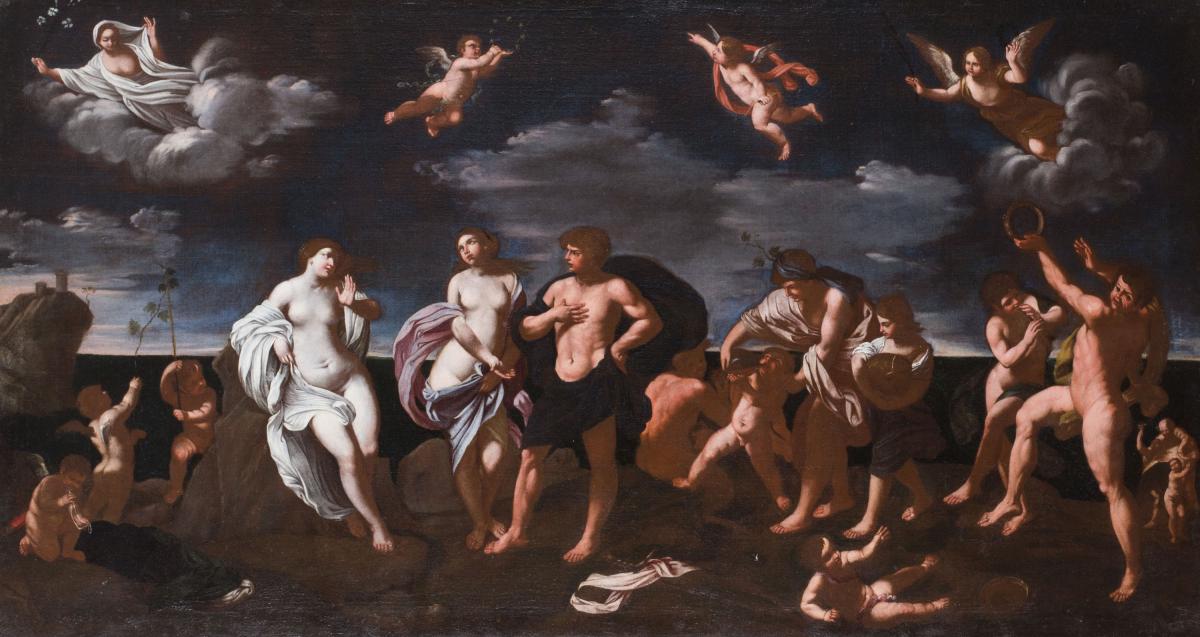 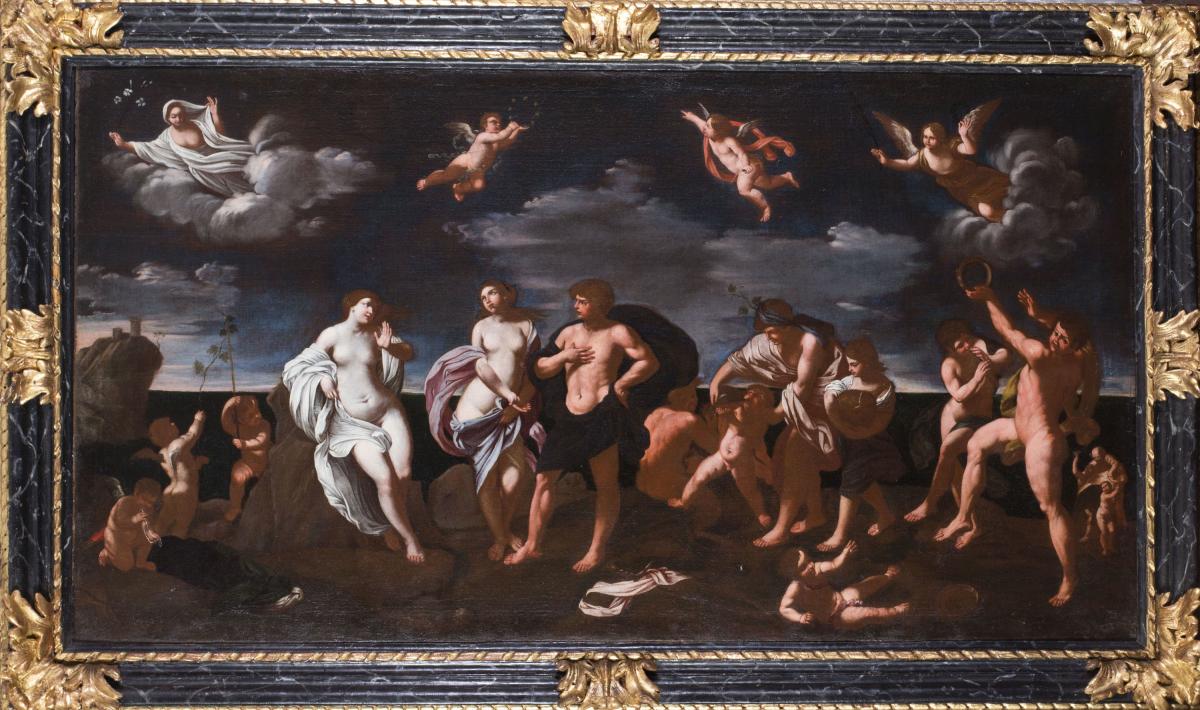 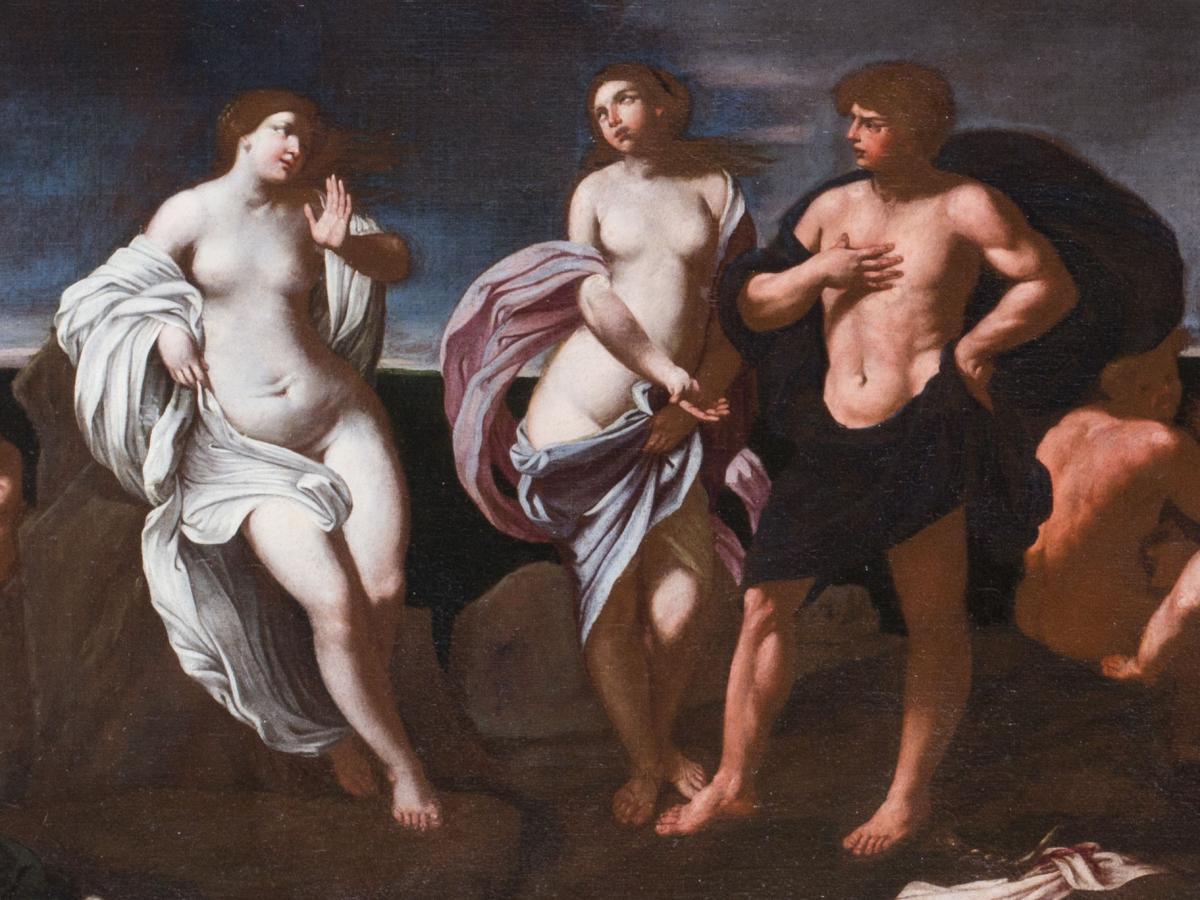 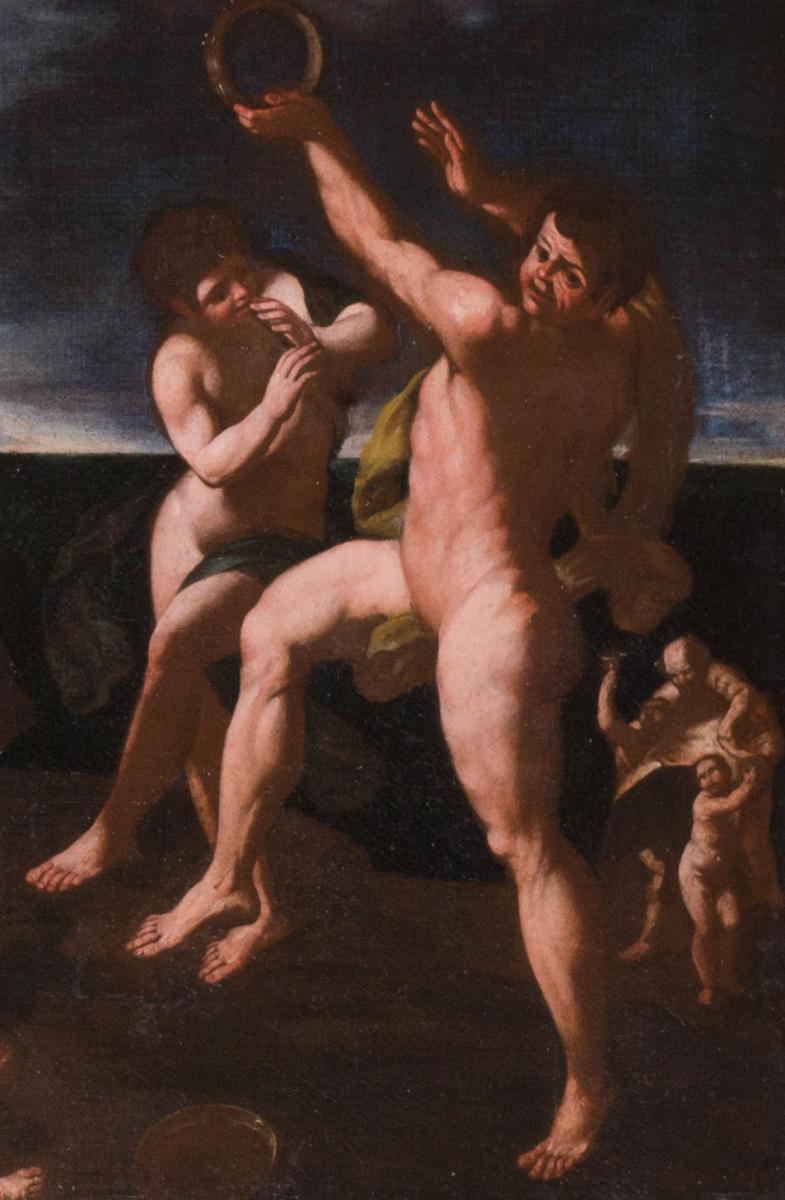 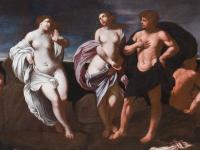 A lost and rediscovered Old Master painting executed by Giovanni Francesco Romanelli in 1642 and commissioned with the blessing of Pope Urbano VIII through Cardinal Barberini.

This is an extremely early and rare copy of the destroyed and famous masterpiece by Guido Reni of ‘Bacchus and Ariadne on the Island of Naxos’ which was commissioned for the Queen of England, Henrietta Maria de Bourbon, wife of King Charles 1st.

As deep divisions prevailed between the Protestant faith and Catholism in the 17th Century, war and destruction swept across Europe. Alliances were forged and monarchs were courted in the power struggle, no more so than from the epi-centre of the Catholic church itself, Rome.

In an effort to turn the head of England’s Protestant king, Charles I, The Pope and Cardinals hatched a plan to gain favour with his Queen, Henrietta Maria de Bourbon who was herself from Catholic origins. They decided to present her with a masterpiece in the knowledge that the King was a keen patron of the arts.

A canvas was assigned to Guido Reni by Pope Urbano VIII and by the cardinal-nephew Francesco Barberini by way of Cardinal Giulio Cesare Sacchetti, the papal legate in Bologna. Reni painted it between 1637 and 1640, after which it was sent to Rome.

The work was destined to adorn Henrietta Maria’s bedroom ceiling in the Queen’s House at Greenwich (it would never arrive).

When Charles I lost the civil war in 1645 (prior to his execution in 1649), Henrietta Maria fled to Catholic France in exile. She would receive the work in 1647 but sold it a year later as a result of her now fragile financial position (for a figure less than half the price it would have cost to commission). It was said to have been destroyed shortly after in 1650 because it was considered indecent by the now widow of the new owner, Michel Particelli d’Emery. However, due to its huge size it is just as likely that it was cut up into more manageable pieces for display or sale. One of these fragments recently re-surfaced in a sale at Sotheby’s.

And so aside from a fragment or two, the painting has remained missing over the intervening centuries, or has sadly been destroyed.

During the years it was held in Rome, a few copies were sanctioned by Pope Urbano VIII. Cesare Carlo Malvasia, a very famous art critic of that period (1616-1693), mentions the fact that Giovanni Francesco Romanelli made a copy of Reni's painting.

“Besides the copy created in Bologna for cardinal Sacchetti, there are recorded copies in Rome commissioned by the Barberini (cardinal Francesco and the same Urbano VIII) and done by Giovanni Francesco Romanelli and by two painters from the Barberini circle, his close collaborators, Giuseppe Belloni and Paolo Gismondi, also known as Paolo Perugino”. From Guido Reni’s Bacchus and Ariadne: An unfortunate original but a fortunate prototype by Sergio Guarino and Claudio Seccaroni

Professor Andrea Emiliani is the leading authority on Bolognese painting. He has recently curated the exhibition Bacco e Arianna di Guido Reni  at the Pinacoteca di Bologna which was dedicated to Guido Reni’s original painting, but utilised a later version attributed to Giovanni Battista Bolognini to display the overall composition.

We are thankful to Andrea Emiliani who agrees with our attribution to Romanelli and believes that the current example was painted shortly after 1642 in Rome.

Romanelli was a very influential and important painter during this period. Though this is a version of a work by Guido Reni, not only is the original lost in time, but this particular example was commissioned with the blessing of Pope Urbano VIII through Cardinal Barberini. It has until now been a missing part of the jigsaw and remains a highly important painting in its own right. 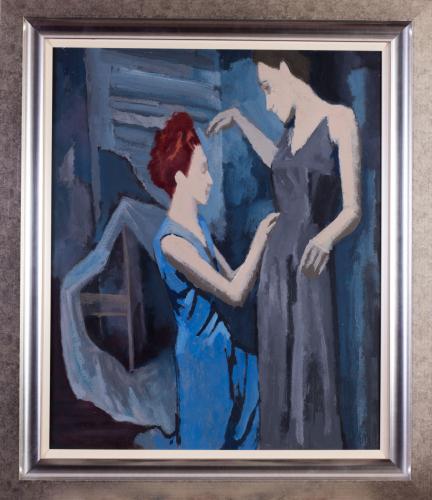 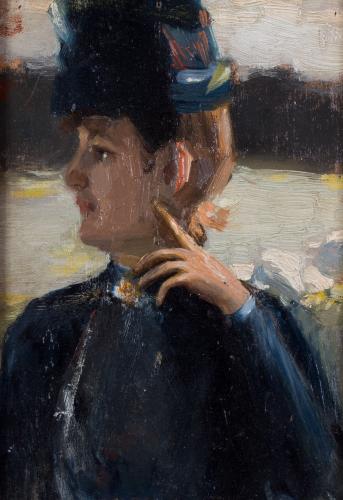 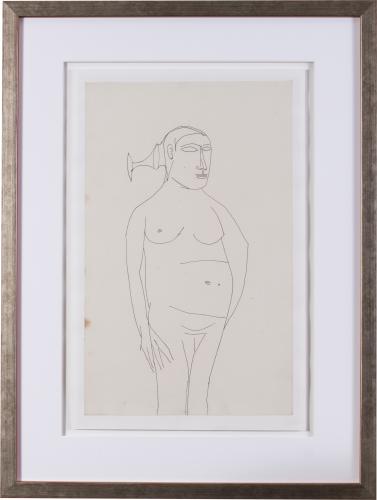