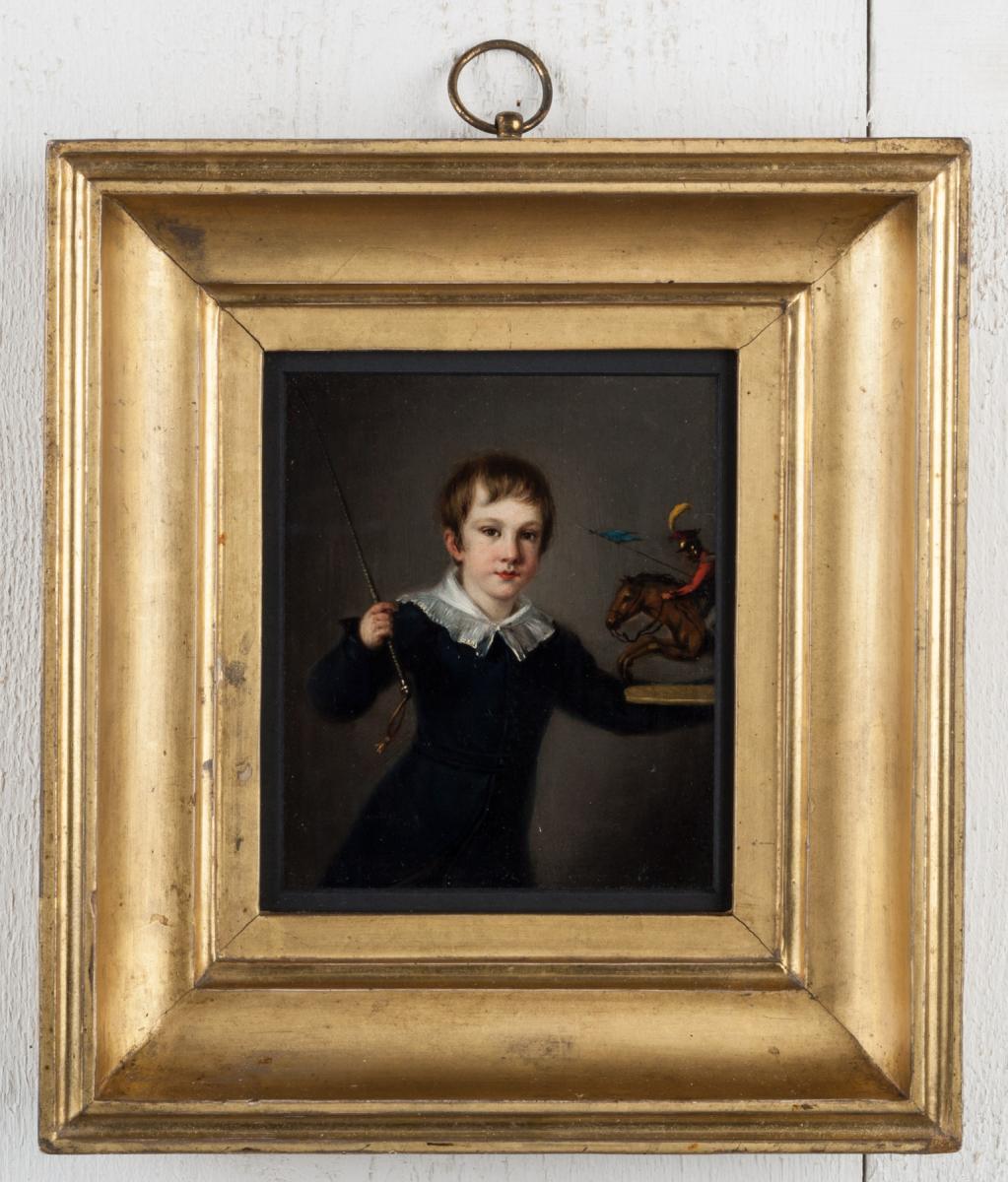 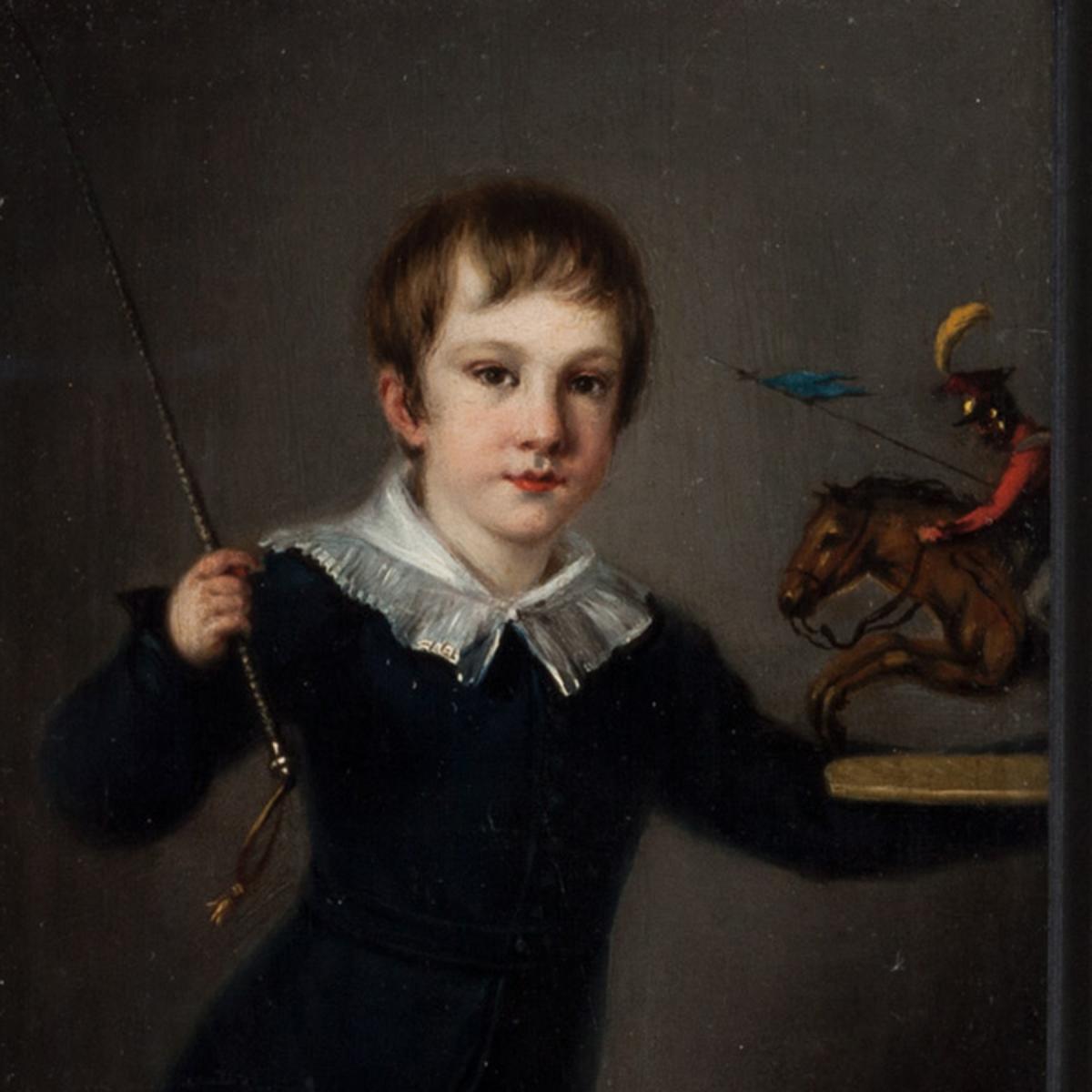 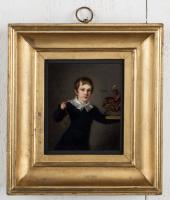 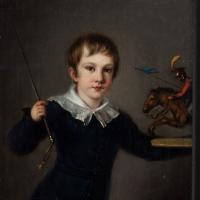 To the subject's left is a lancer on a charging horse; neither a toy nor necessarily a sculpture, is this a prophetic self portrait?

Joaquin Manuel Fernandez Cruzado (1781-1856) born in the city of Jerez de la Frontera in the province of Cadiz, son of a sculptor father, Jose Fernandez Guerrero. During his time studying art in Madrid the Spanish War of Independence began and Cruzado was enlisted as a soldier in the Spanish Army in order to fight against Napoleon's troops. He remained part of the Spanish Army for many years, rising to the rank of Captain in 1819. He eventually returned home in 1824 where he took over his father's former position at the School of Fine Arts, Cadiz, rediscovering his love of painting.

Most of his work was completed during the 1850s and his paintings can be found in the Cathedral of Cadiz and the Museums of Fine Arts, Bilbao and Cadiz. Painted in oil on metal, within a deep gilt moulding frame, Spanish, circa 1850. 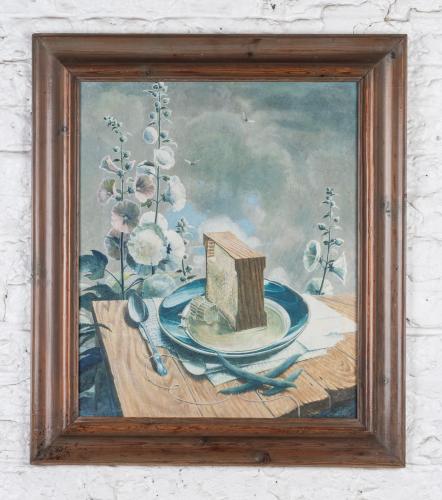 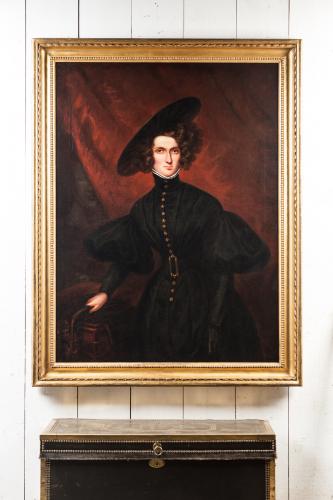 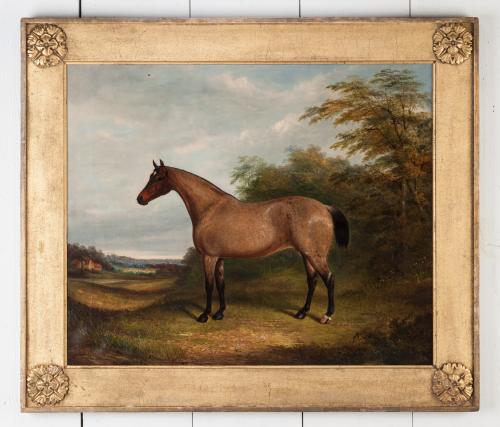